Pi Day: 3.14 recipes to help you make the most of this math teacher-approved holiday 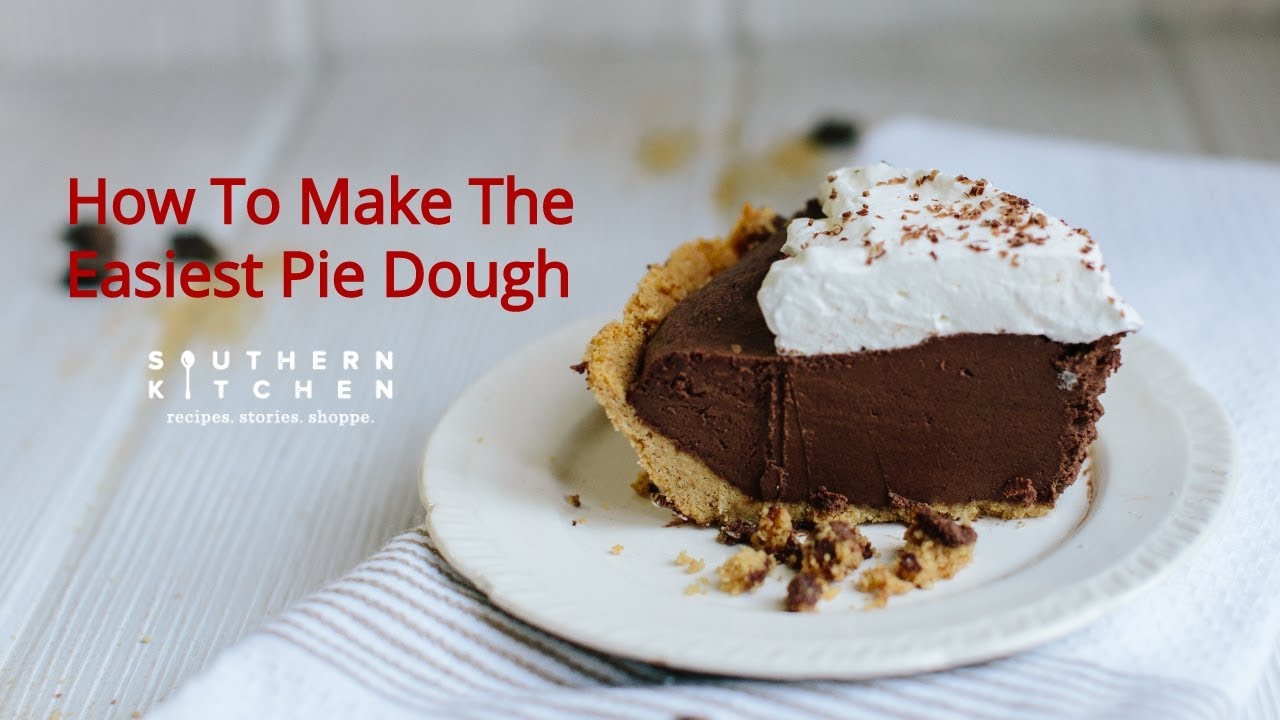 March 14 is Pi Day, since the numerical date represents the first three numbers in the world's most famous mathematical constant. Pi is the ratio of the circumference of a circle to its diameter. It also happens to be a homophone for a circular dessert: pie.

Now that you're done having your mind blown, celebrate this geometry teacher-sanctioned holiday with these Southern kitchen-approved recipes.

If you were curious how we'd manage to come up with a portion of a pie recipe, wonder no longer.

This rich cream cheese pie dough will work perfectly in most pie recipes where a touch of tang would be right at home. It's also user-friendly. The absence of liquid allows you to mix without fear of over-developing its gluten structure.

Once the pie dough is pliable, you’ll only need a tiny sprinkling of flour (mainly on the rolling pin), so you won’t run the risk of having the dough toughen up after absorbing too much excess flour. The end result is a crust that's more tender than flaky.

In a large bowl, combine the flour, sugar, and salt. Sift in the baking powder until lumps are gone.

Using a stand mixer fitted with a paddle attachment, cream the butter and cream cheese until light and fluffy. Scrape down the sides of the bowl and the paddle. Add the flour mixture and mix just until the dough comes together.

Transfer the dough to a very lightly floured counter and knead until smooth, about 2 minutes. Cover with plastic wrap, and chill in the refrigerator until slightly firm, but not hard, 15 to 20 minutes.

Divide the dough in half and form each half into a ball. Roll each ball of dough into a disc just larger than the circumference of the pans. Line each pan with dough, taking care to trim off the excess. Chill in the refrigerator until ready to use.

To use for a double-crust pie, spray only one 9-inch pie pan with nonstick cooking spray. Divide the dough in half and form each half into a ball. Roll one ball of dough into a disk just larger than the circumference of the pan. Line the pan with dough and fill as directed in the recipe. Roll out the second ball of dough into a 10-inch round and place it on top of the pie. Crimp and cut the dough as directed in the recipe.

Go more in-depth:Here’s how to make a perfect pie crust from scratch

This clever recipe comes courtesy of Southern Kitchen reader Joann Conway. The original recipe, by Elizabeth Deer, was a winner of the North Carolina Consumer Apple Recipe contest in 2004. Conway adapted it by upping the brown sugar and butter. It's hard to argue with that.

Cream cheese pie dough (recipe above), or other pie dough for a double-crust pie, both halves rolled into 10-inch rounds

Using your hands or a rubber spatula, spread the butter across the bottom of a 9-inch deep-dish pie plate. Arrange the pecan halves in the pie plate and gently press into the butter. Sprinkle 2/3 cup of the brown sugar over the pecans and press firmly to adhere.

Place one round of pie dough over the brown sugar and press into the sides of the pie plate. Leave the additional overhanging crust in place for now.

This chocolate-filled and cream-topped twist on classic chess pie is a decadent addition to any holiday table — or even your everyday dinner table. This recipe is courtesy of Kate Wood, the Wood and Spoon blogger who adapted this recipe from her husband’s grandmother’s recipe card.

She amped up the cocoa, decreased the sugar and added a billowing mound of lightly sweetened chocolate whipped cream. It all comes together for a lushness rarely found in a chess pie.

3 large eggs, beaten, plus 1 egg, beaten, for the crust (optional)

To make the pie: Using a rolling pin, roll out the pie dough on a well-floured counter and transfer it into a 9-inch pie plate. Gently press the dough into the edges of the pan and trim off any excess. Crimp the edges as desired.

In a large bowl, whisk together the sugar, cocoa powder, flour and salt until combined. Whisk in the butter until just combined. Whisk in the eggs, evaporated milk, vanilla extract and vinegar until combined. Pour the filling into the prepared pie crust and brush the crust with the additional egg, if desired. Bake until the edges are well set and the innermost circle of pie is still just a bit jiggly, about 35 minutes. Let cool to room temperature.

Once cooled, prepare the whipped topping: In the bowl of a stand mixer fitted with the whisk attachment, beat the heavy cream on medium speed until frothy and slightly thickened. Add the sugar and cocoa powder, increase the mixer to high and beat until stiff peaks form. Spread dollops of the whipped cream on top of the pie. Dust with additional cocoa powder and serve immediately. The pie will keep in the refrigerator for up to one day.

Custard pies:What really is the difference between chess pie and buttermilk pie?

Called angel pie, heavenly pie or the less seductive upside-down meringue pie, this crustless pie fills a meringue base filled with cream and fruit and inevitably falls apart into a delicious jumble. This pantry-ingredient pie, which looks like a celebration dessert, is a secret weapon of Southern cooks.

Using a stand mixer fitted with the whisk attachment, beat the egg whites and salt on medium-low speed until frothy, about 1 minute. Increase the speed to medium-high and continue to beat until soft mounds form, 1 to 2 minutes. With the mixer running, gradually beat in 1/2 cup of the sugar, followed by the vanilla. Gradually beat in about 1/4 cup more of the sugar, followed by the vinegar, and 1/4 cup more sugar. Continue to beat on medium-high, scraping down the sides of the bowl as needed, until glossy, very thick, and holds stiff peaks, 2 to 4 more minutes.

Transfer the egg white mixture to the pie plate and smooth the top. (It should completely fill the pie plate.) Run a finger along the inside rim of the pie plate to create an indentation along the exterior edge of the meringue. (This step will help the meringue to rise evenly.) Wash the mixer bowl and attachment.

Bake for 30 minutes. Increase the oven temperature to 300 degrees and continue to bake for an additional 30 minutes. Turn off the oven, but do not open the oven door. Let the pie cool completely in the oven, 2 to 3 hours.

While the pie is cooling, place the strawberries in a medium bowl and toss gently with the remaining 1 1/2 teaspoons of sugar. Refrigerate until ready to use.

Once the pie has cooled, place the heavy cream in the mixer bowl and beat on medium-low speed until frothy, about 1 minute. Increase the speed to medium-high and continue to beat until the cream forms slightly-firmer-than-soft peaks, about 2 more minutes.

Spread the whipped cream into a mound on top of the cooled meringue, leaving 1/2 to 1/4 inch of visible crust along the outside edge. Lay the strawberry slices in a decorative pattern on top of the cream. Refrigerate for at least 1 hour before serving.

Mackensy Lunsford is the food and culture storyteller for USA TODAY Network's South region and the editor of Southern Kitchen.