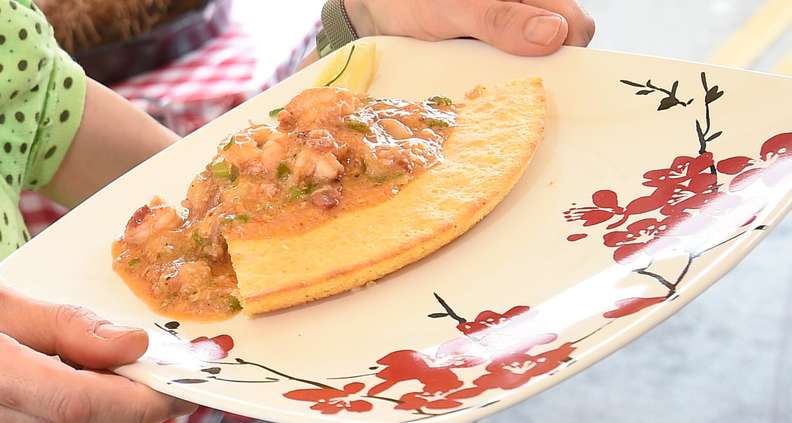 In a medium bowl, whisk together 1 egg, coconut milk, 1/8 teaspoon of salt, 1 tablespoon of water and cornbread & muffin mix. Mix in coconut flakes until well blended. Use the lid of the Lodge Cast Iron 3.2-quart Combo Cooker as a skillet. Spread the melted butter on the bottom of the lid and spread the cornbread mixture evenly. Bake in preheated 400-degree oven for 19-21 minutes, until golden brown and a tooth pick inserted in center of the cornbread comes out clean.

Cut out the stem end of scallions and chop scallions. In a small bowl, mix together cornstarch and 1 tablespoon of water.

See more winning recipes from the National Cornbread Festival at the event's website.