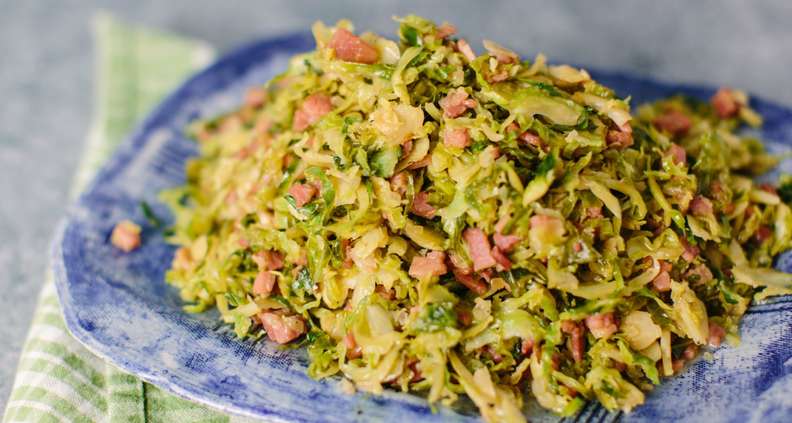 Add the apple cider and vinegar, bring to a simmer, and cook until the liquid has reduced to about 1/4 cup, 3 to 5 minutes. Stir in the butter, season to taste with salt and black pepper, and remove from the heat. Continue to stir until the butter has completely melted and formed a creamy sauce. Serve.

Brussels sprouts can be a polarizing ingredient, but slicing them thinly and cooking them with butter and salty country ham helps combat some of the sprouts’ natural bitterness. You can use a knife to slice the brussels sprouts by hand, but a Japanese mandoline makes it easier. Just be sure to discard the core and any of the woody, white ends.