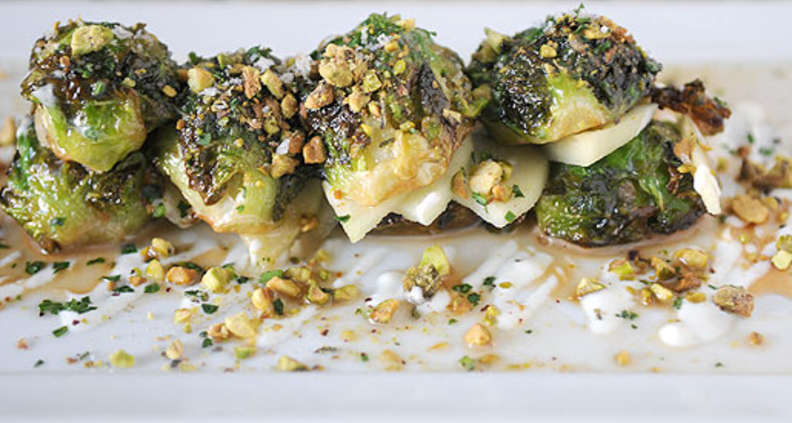 In a small pot over high heat, boil cider until it is reduced to a thin syrup, about 30 minutes (you will have about 1/4 cup). Set aside to cool.

Meanwhile, in a small ungreased pan over low heat, toast the pistachios, stirring occasionally, until golden-brown, about 10 minutes. Remove from pan to cool and chop them coarsely (by hand or in a food processor). Combine the chopped pistachios with the rosemary leaves and fleur de sel. Set aside.

In a heavy pot or fryer, heat the oil to 350 degrees. Fry the brussels sprout halves until the outside leaves begin to turn golden brown. Do not overfry, or they will turn mushy. Remove the sprouts from the oil and toss in a bowl with the sherry vinegar and a dash each of salt and pepper.

On each of four plates spread 2 tablespoons crème fraîche in a line. Liberally drizzle with the reduced apple cider. Arrange 6 or 7 sprout halves over the crème fraîche. Top each with 1/4 of the apples. Top with the remaining sprouts. Drizzle with the cider reduction and then sprinkle each salad generously with the pistachio mixture. Serve immediately.

This recipe of crispy fried brussels sprouts, fresh tart apples and pistachios is big on flavor and proves once and for all that everything tastes better deep-fried and served with heavy cream. 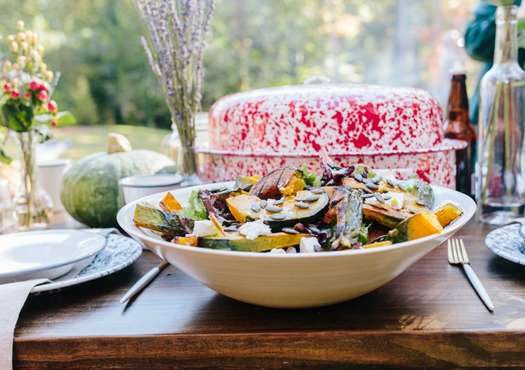 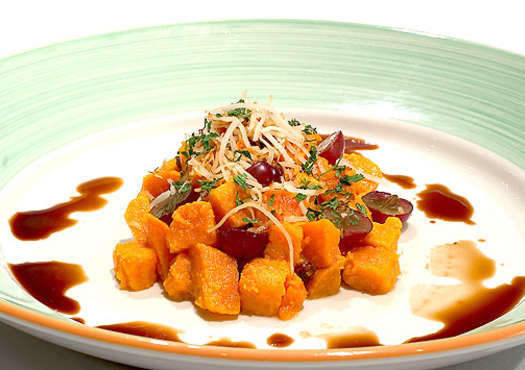