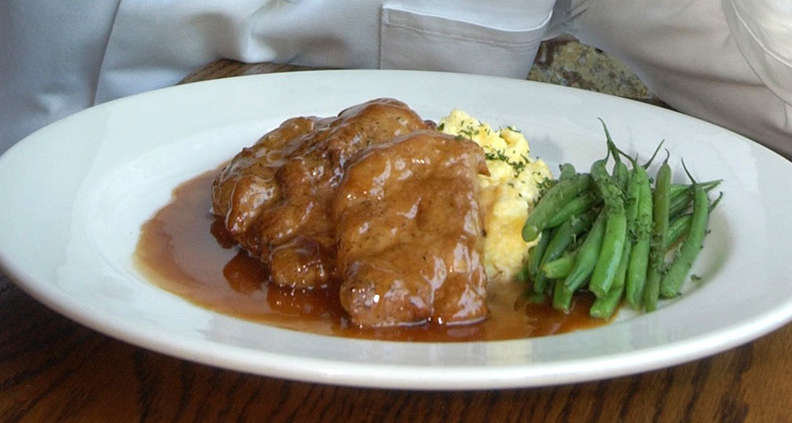 In a large bowl, blend broth, bourbon, teriyaki sauce, teriyaki glaze, soy sauce, brown sugar, shallots and rosemary. (You will use half the mixture as marinade and half for sauce.) Marinate the pork tenderloin for at least 1 to 2 hours. After marinating, drain meat.
In a large skillet over medium-high heat, add oil. Pan-sear meat on both sides. Add reserved marinade and simmer for 5 to 6 minutes, or until meat is just cooked through.

Atkins Park, where this recipe originated, is located in Atlanta's Virginia-Highland neighborhood and is the city's oldest continually licensed tavern.

Sliced into medallions and marinated in teriyaki-bourbon mixture, this pork tenderloin is served with stone-ground grits and green beans. After the slices are seared they are cooked with the sauce to create a delicious glaze without losing the tenderness of the meat. Recipe courtesy of Atkins Park in Atlanta, Ga.