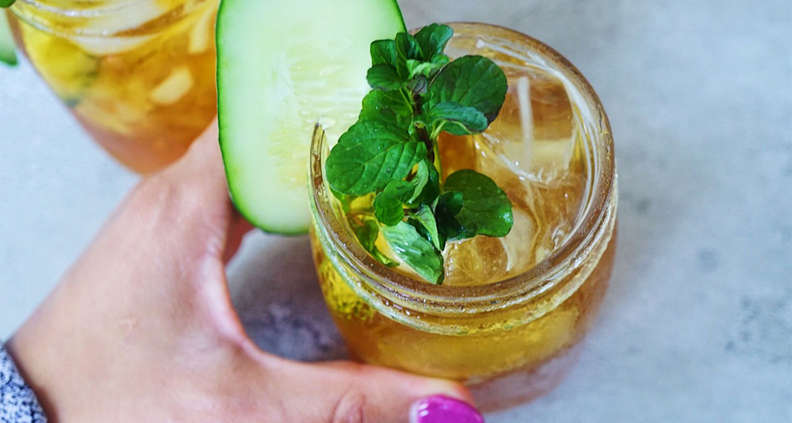 In a highball glass, combine the Pimm's, gin, lemon juice, simple syrup and bitters. Add a desired amount of ice and, with a long cocktail spoon, stir ingredients to mix well. Top with ginger beer and garnish with fresh springs of mint and cucumber slices. Serve immediately.

The Pimm's Cup originated in England in the 1840s, but it was made famous a second time by the Napoleon House hotel a century later. Since its debut in the Big Easy, it has remained one of the most classic and beloved beverages in town. (In fact, New Orleans is known for taking credit for the drink entirely.)

This herbaceous ginger-flavored cocktail is traditionally enjoyed during the summer months due to its bright flavor profile. In our opinion, however, a good Pimm's should be consumed year round and as often as possible.