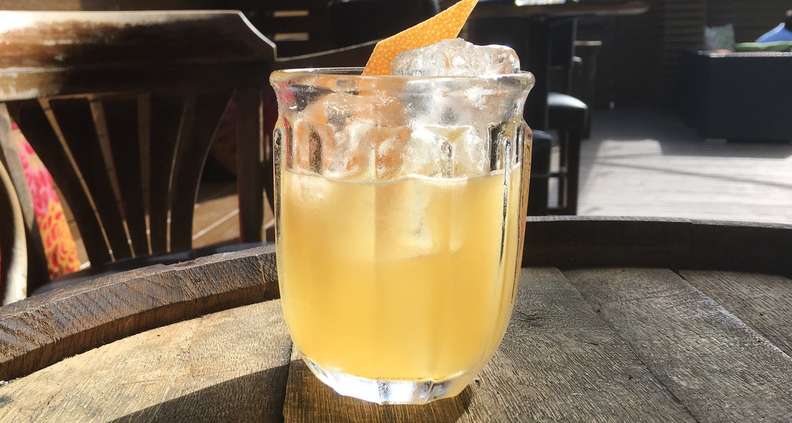 To make the cinnamon-vanilla syrup: In a small skillet, toast the cinnamon sticks over medium heat until fragrant. Transfer to a medium saucepan and add the water and sugar. Bring to a boil over medium-high heat and cook for 2 minutes. Add the vanilla bean and remove from the heat. Let the syrup cool to room temperature. Strain into a storage container. (The syrup can be made ahead and refrigerated for up to two weeks.)

To make the cocktail: In a cocktail shaker, combine the rum, bourbon, grapefruit juice, lime juice, cinnamon-vanilla syrup and pimento dram. Fill with ice and shake until cold. Strain the drink into a rocks glass filled with ice. Garnish with the grapefruit twist and serve immediately.

This recipe comes courtesy of Ryan Welliver of The Cocktail Club in Charleston.