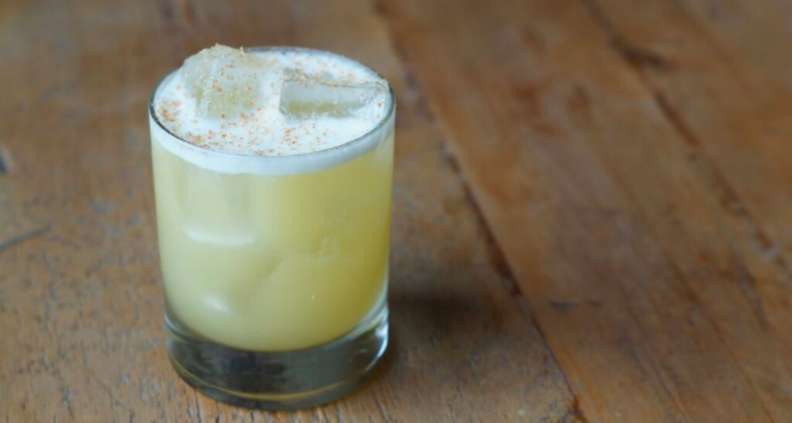 To make the coconut rum: In a large pitcher, combine the rum and coconut flakes. Cover and let sit at room temperature until flavorful, 24 to 48 hours. Strain and discard the coconut. Return to the rum bottle to store.

To make the cocktail: In a cocktail shaker filled with ice cubes, combine the coconut rum, pineapple juice, demerera syrup, dark rum and orange juice. Shake until chilled, about 30 seconds and then strain into a rocks glass filled with ice. Garnish with nutmeg and serve immediately.

This cocktail is based on both the income tax cocktail and the painkiller cocktail, and it boasts Bluebird Distilling's dark rum and coconut-infused sugarcane rum.