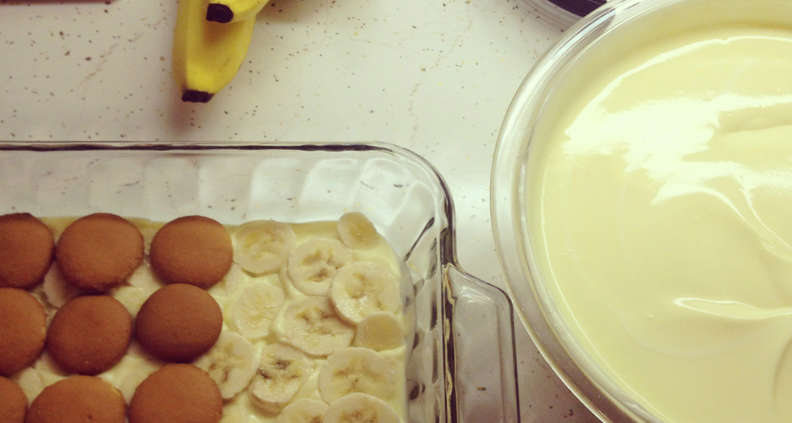 In a heavy bottomed saucepan, bring the half and half to a simmer, but not a boil.

In a large bowl, whisk together the sugar, yolks, corn starch, banana liqueur and salt until well combined, pale, and smooth.

Gradually whisk the hot half and half into the egg mixture to temper, taking care not to scramble the eggs. Return the entire mixture to the saucepan and heat until just simmering, whisking constantly, until some bubbles burst on the surface, and mixture is thick and glossy.

Remove the pudding from the heat and whisk in the butter and vanilla. Transfer to a large bowl, place a piece of plastic wrap directly on top of the pudding to prevent a skin from forming, and refrigerate for at least 4 hours. Serve.

Using banana liqueur will yield a better overall texture and mouthfeel to the pudding than if you were to puree fresh bananas. Before refrigerating, you can pass the pudding through a mesh strainer for an extra fine and smooth texture, but it’s optional. You can eat the pudding as is, or you can layer it in a trifle or casserole dish with vanilla wafers, sliced fresh bananas, and whipped cream.