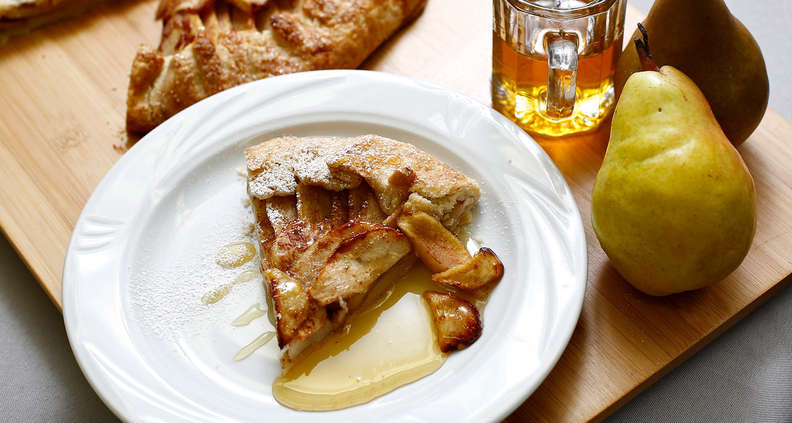 Filling
4 pears, sliced and cored
Juice of half a lemon
Drizzle of honey
Dashes of cinnamon
1 tablespoon flour
Pinch of salt

Combine all the dough ingredients in the mixer except the water. Turn the mixer on low. Slowly add the cold 1/4 cup of water. Continue to mix on low. If the ingredients don’t appear to be fully mixed together, add more cold water as needed. When the dough starts to flap along the sides, it’s combined and ready to be chilled in the refrigerator. Cool for at least a half hour.

Pull the dough from the fridge when chilled enough to work with. Flour your table and roll the dough out into a circle. It doesn’t have to be perfect; this is a rustic dish. It should be roughly 1/8 inch thick.

Pull out a sheet pan; place a Silpat mat or parchment paper in it so the dough does not stick. Put the dough on the mat in the pan.

Put the sliced and cored fresh pears into a bowl. Slice a lemon in half and squeeze the half over the pears so that they don’t brown. Don’t overly wet the pears.

Put a pinch of salt on the pears; now drizzle them with honey. Add flour and cinnamon. Combine with your hands.

Place pears in a circle on the dough, leaving a few inches from the edge. Add additional rows in a smaller circle on top of the lower layer of pears. Begin to pull dough up, and pinch it together, creating a border around the largest pear circle. Finishing pinching the pie dough in a circle.

To finish, combine egg white and water and brush on top edge of crust. Sprinkle sugar and cinnamon on the areas that were brushed. Bake at 400 degrees for 30-40 minutes. Let cool, cut and eat.

This pear-filled free-form pie from reader Paul Loncharic was a holiday recipe contest winner in 2018. 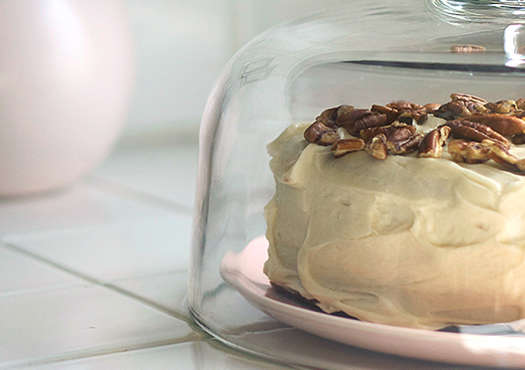