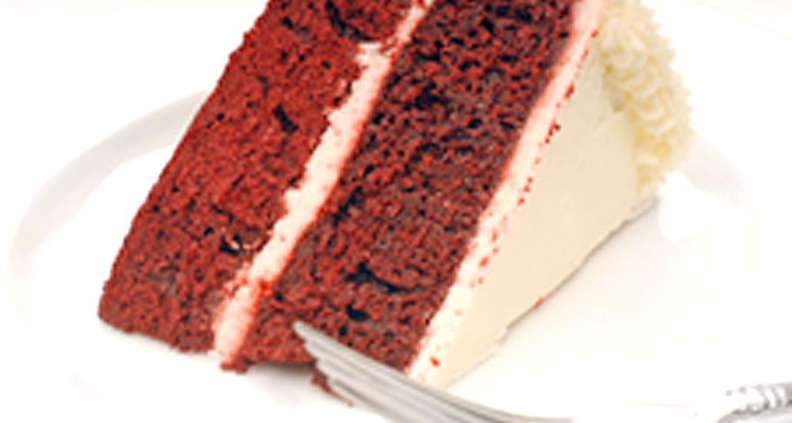 To make the cake: Heat the oven to 350 degrees. Spray two 8-inch cake pans with baking spray (or grease with shortening and line with parchment). Or, if you prefer, prepare 24 cupcake tins with liners.

With a mixer, cream shortening and sugar until light and fluffy. Add the eggs one at a time, mixing well after each addition.

Sift or mix together the flour and salt. Alternately add the flour mixture and buttermilk to shortening mixture, beginning and ending with the flour. Beat in the vanilla.

In a small bowl, mix the vinegar and baking soda. After it fizzes out, add it to the batter and, using a spatula, lightly fold in by hand, until completely incorporated.

Pour the batter into prepared pans. Bake until the cake or cupcakes spring back when touched, about 30 minutes. Cool the cakes in the pans for 5 minutes, then remove from pans. Let cool to room temperature before frosting.

To make the frosting: In a medium saucepan, mix together the water and cornstarch. Place over medium heat and cook, stirring constantly, until thick. Let cool to room temperature.

In a large bowl, cream together the sugar, butter and vanilla. Beat in the cornstarch mixture, continuing to cream until light and fluffy. Frost the cake and serve.

We had success following the recipe as written by making a paste of the cocoa and food coloring and dissolving the soda in vinegar. But we got a very similar, but slightly springier, cake by preparing it according to the more conventional method: With a mixer, cream together shortening and sugar until light and fluffy. Add the eggs one at a time. Sift all the dry ingredients together, then in a separate bowl combine the buttermilk, food coloring, vanilla and vinegar. Alternately mix the flour mixture and the buttermilk mixture to the creamed mixture, beginning and ending with the dry ingredients.