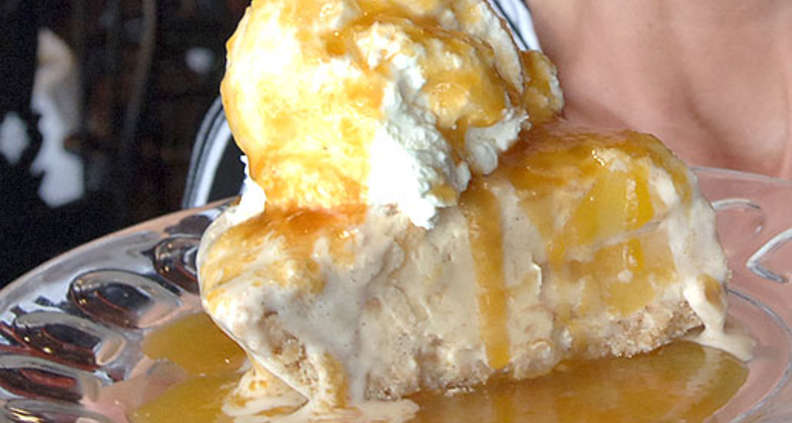 In a medium saucepan, combine 1/2 cup granulated sugar, cinnamon and vanilla extract. Chop 2 cups of the peaches into small pieces and stir them into the sugar mixture (reserve remaining 2 cups peaches for the peach sauce, below). Cook the mixture over medium heat about 5 minutes, until the sugar is dissolved and the mixture is bubbly but the peaches are still crisp. Remove from heat and cool completely, about 1 hour.

Meanwhile, make the crust. In the bowl of a food processor, combine 35 of the vanilla wafers and 2 tablespoons granulated sugar and process until fine. Add the melted butter and process until well-combined. Press the mixture into the bottom and up the sides of a 9-inch pie pan. Freeze the crust about 30 minutes.

Place the ice cream in a large bowl and carefully stir in the cooled peach mixture and the coarsely crushed wafers until the ice cream is just swirled in a marble pattern. Pour the filling into the crust, mounding in the center and smoothing the surface, and freeze until hard, at least 3 hours.

Meanwhile, make the peach sauce. In a food processor or blender, combine the remaining 2 cups peaches with 1/4 cup sugar. Puree and store in the refrigerator.

To prepare the sweetened whipping cream, beat the cream with the remaining 2 tablespoons sugar until soft peaks form. Store in the refrigerator.

To serve, drizzle each dessert plate with peach sauce. Place a slice of pie on top of the sauce, then top the pie with whipped cream.

There's something about this frozen dessert that's truly addictive. Maybe it's the way the partially cooked peaches taste tart and mellow at the same time. Or how the vanilla cookie crust stays crisp even as the ice cream softens on your plate. Or the way, as each forkful of ice cream melts in your mouth, the bits of peach remain icily al dente. Whatever it is, you'll have trouble putting the leftovers back in your freezer -- you'll want to eat it all at once.

But the true beauty of this dessert is that it takes very little effort to pull together -- plus some freezing time. So go ahead, have another slice.

You don't have to use fresh peaches for this recipe, but it's nice to have the option when peaches are in season. Each slice is served with an easy peach sauce and sweetened whipped cream. 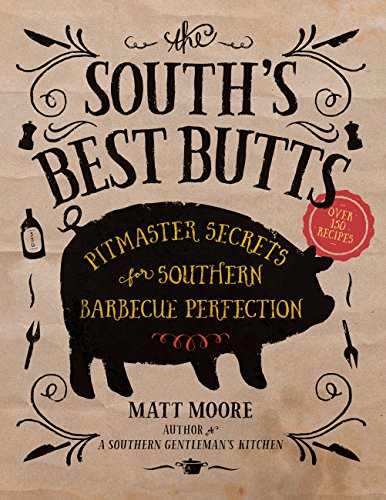