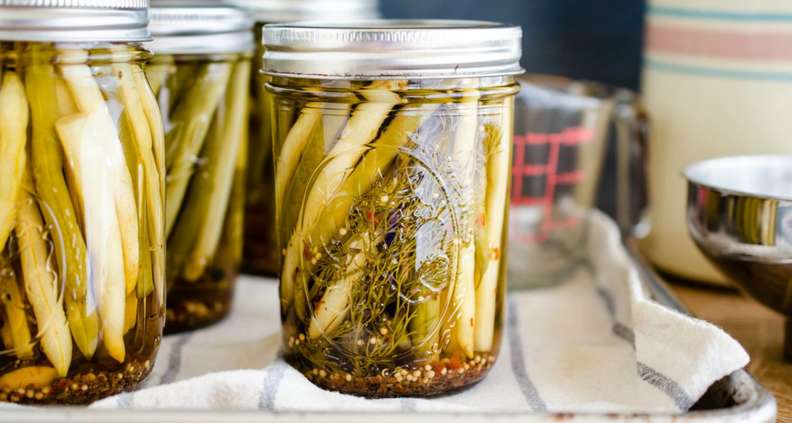 Prepare a boiling water canner and sterilize five pint-sized canning jars (see note). Place the lids in a small saucepan over very low heat to simmer while you prepare the pickles. Do not boil the lids.

In a medium saucepan, bring the vinegar, water and salt to a boil over medium heat. Place one dill sprig, 1 clove garlic, 1 teaspoon dill seed, 1/4 teaspoon red pepper flakes and 1/4 teaspoon peppercorns in the bottom of each of the sterilized jars. Set aside.

Using tongs, place the jars on the rack in the boiling water canner. The water should cover the jars by at least 1 inch. Cover the canner. Return the water to a boil and boil gently for 10 minutes. Using tongs, transfer the jars to a towel to cool. If the seal works and fits properly, the metal lid will be slightly concave within 24 hours of processing.

Store the unopened jars at room temperature for up to 1 year. Once the jars are opened, store in the refrigerator for up to 1 month.

Variation: For refrigerator dilly beans, skip the boiling-water canning step and refrigerate for up to 1 month.

Southerners are almost as fond of pickling as we are of mayonnaise-based dishes. Preserving fresh produce in vinegar or a combination of sugar and vinegar meant there would be vegetables to eat in the winter months. Pickling recipes encompass not just simple cucumbers, but also more unusual ingredients, such as watermelon rind, okra and green beans. I like to use one of these crisp, spicy dilly beans instead of an olive for a Southern-style martini.

To pre-sterilize jars using a boiling water canner, place the cleaned jars right-side-up on a rack in a canner and fill the jars and canner with enough water to cover the jars by at least 1 inch. Bring the water to a boil and then boil for 10 minutes (at altitudes less than 1,000 feet elevation). Do not boil the lids. When you are ready to fill the jars, remove the jars one at a time with the canning tongs, carefully emptying the water from the jars them back into the canner. Let the jars air dry and sit undisturbed until you're ready to fill them. 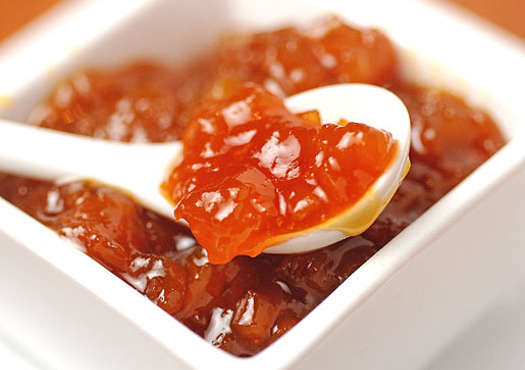 
Cooks in 6 hours and 0 minutes 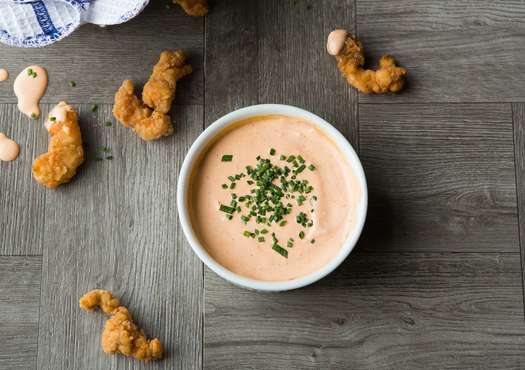