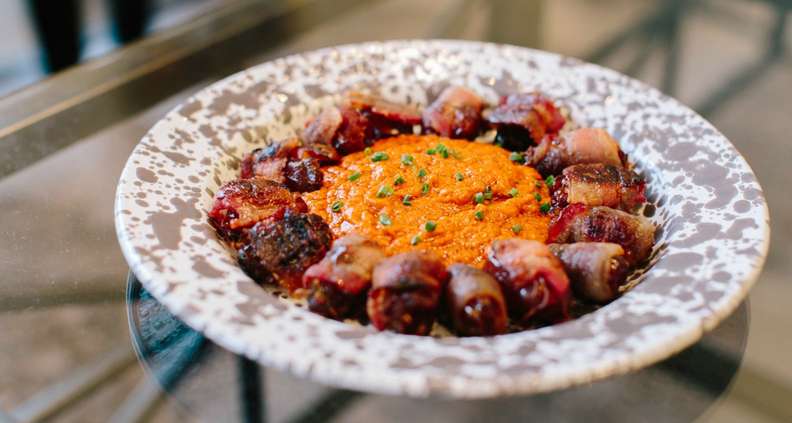 To make the romesco:
Heat the oven to 350 degrees. Arrange bread in a single layer on a baking sheet and bake until lightly browned, 10 minutes.

On a second baking sheet, arrange pecans in a single layer and bake until lightly browned and toasted, 5 to 7 minutes.

In a large saucepan, heat oil and garlic over medium heat and cook until garlic is slightly soft and lightly browned. Add bell pepper and tomato, and cook for 5 minutes.

Add smoked paprika, sherry vinegar, toasted bread and pecans, and season with salt. Transfer mixture to a blender or food processor and pureé until smooth.

To make the dates:
Heat the oven to 425 degrees.

With a paring knife, cut a small slit lengthwise in each date. Stuff a piece of andouille sausage into each date. Run the back of a chef’s knife along each strip of bacon to stretch out. Wrap each date with a piece of bacon and secure with a toothpick.

Place dates on a baking sheet and bake until bacon is crisp and cooked through, 15 to 20 minutes.

Serve hot with warm romesco sauce on the side.

While this dish has its roots as a Spanish tapa, the ingredients are purely Southern. The crusty bread acts as a thickener for the romesco sauce, and the olive oil gives it a glossy sheen. When wrapping foods in bacon, running the back of a knife along each strip of bacon makes it thinner and allows for the bacon to become crisp in the oven. 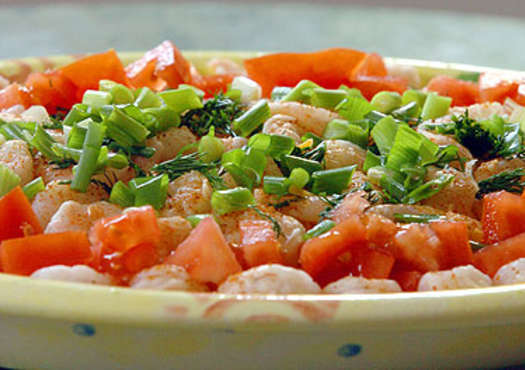 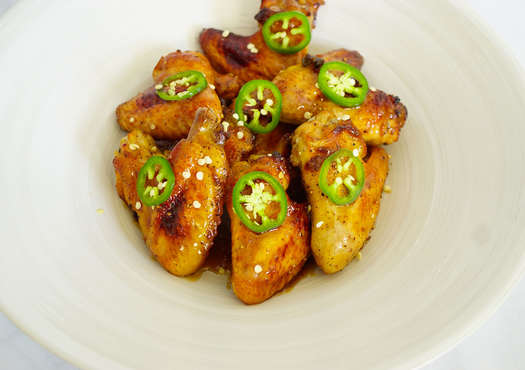