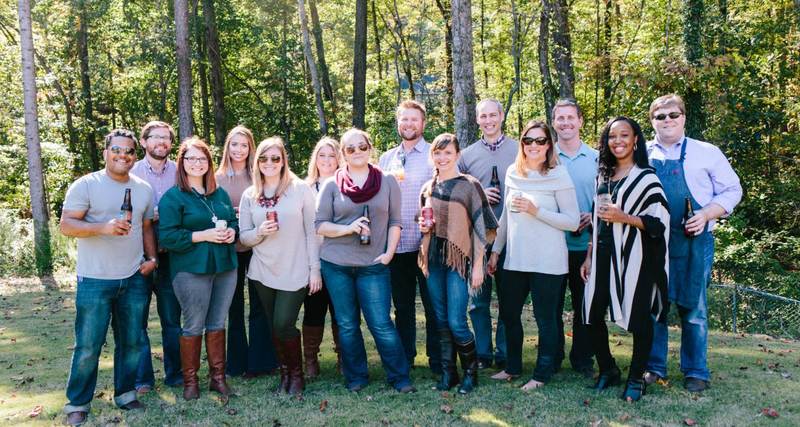 Who we are
We created Southern Kitchen to share the stories, recipes and heritage of Southern food and culture in today’s South; the South that praises locally-made, rejoices in diversity and revels in finding the perfect balance of traditional and modern.  Everything Southern has a story, and many of those stories take place around the kitchen — whether that’s the actual kitchen, the porch kitchen or the backyard kitchen.

Southern Kitchen is based in Atlanta, Georgia, and is focused on delivering the best in eating, drinking and entertaining. We celebrate the chefs who are redefining what it means to “cook Southern.” We drink cocktails made from Southern spirit companies. We help you throw authentic oyster roasts and low country boils. At the hub of it all is our recipe collection, a carefully curated and expansive collection of recipes that we are continuously testing, improving and growing (with your help, of course.)

Through inspirational and educational storytelling, we showcase the craftsmen and artisans who share our dedication to authentically beautiful and useful kitchen and home goods.

Whether you’re Southern by birth or by transplant, we invite you to share in our passion for the dishes, drinks, faces, places, parties and gear that make our region unique. Let’s gather around the kitchen and cook up something special together, Southern-style.

Watch our video to learn more about who we are, and see what our audience is sharing about their Southern Kitchen experience from reviews and testimonials on Facebook and TrustPilot. 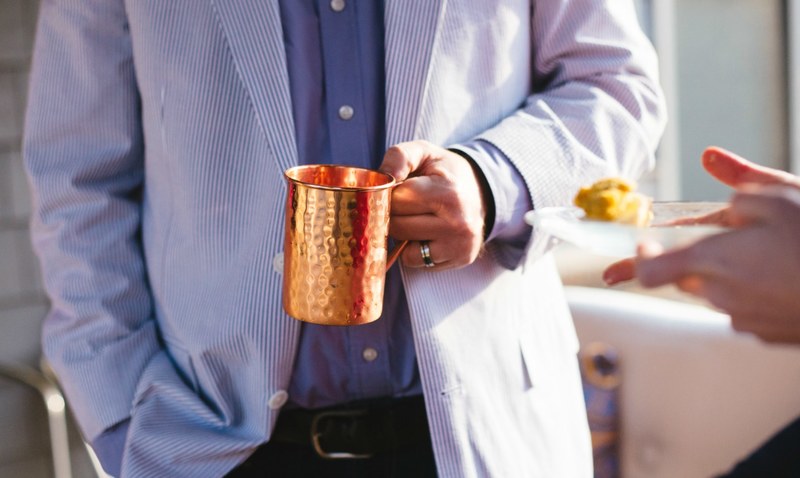 What we do
The heart of the American South is simple and beautiful. Here, the kitchen is sacred. From classic Sunday suppers with all the fixin's to locally-made Southern spirits in hand-crafted cocktails, Southern Kitchen believes in celebrating old traditions and creating new ones. How do we do that? We focus on what really makes our home special.  We have everything from well-recognized national brands like Zwilling and Staub, to regional makers like Smithey Ironware, as well as local makers from Georgia Grown and many others!

Cast iron cookware is any Southern cook’s most prized possession. Often passed down from generation to generation, a cast iron skillet is a cherished heirloom that represents the South’s favorite foods. We could wax poetic about cast iron for days, and daydream about cornbread, fried chicken and cobbler forever. The recipes, care and techniques for cast iron are seemingly endless, and we’ll hold your hand through it all.

Preservation stemmed from necessity in the South, but now it’s about perfectly creating and perfecting your favorite items, from pickles to jams. We’ll guide you through the seasons and help you perfectly preserve your garden in the most interesting and fun ways.

A knife isn’t just a knife to us. From oyster knives to speciality cutlery, we believe that the preparation of food should be enjoyable and efficient. We have the techniques and the goods to make you a knife-wielding pro.

Craft distilling in the South has arrived, y’all. We couldn’t be happier to share the stories of the companies making spirits, mixers, bitters and syrups in our backyard. Even better? Insider tips and techniques from our favorite Southern bartenders to help you hone your bartending skills. And, of course, we’ve got all the recipes to keep you shaking, stirring, pouring and creating your own cocktail concoctions.

A cornerstone of Southern tradition, outdoor entertaining is a luxury that only us lucky Southerners have the pleasure to enjoy nearly all year round. Tailgates, holidays on the screen porch, patio parties and summer cookouts are mainstays of modern Southern life

Wrap the South up with a bow. Find chef-inspired curated gift bundles to give your loved ones … or yourself, we won’t tell. 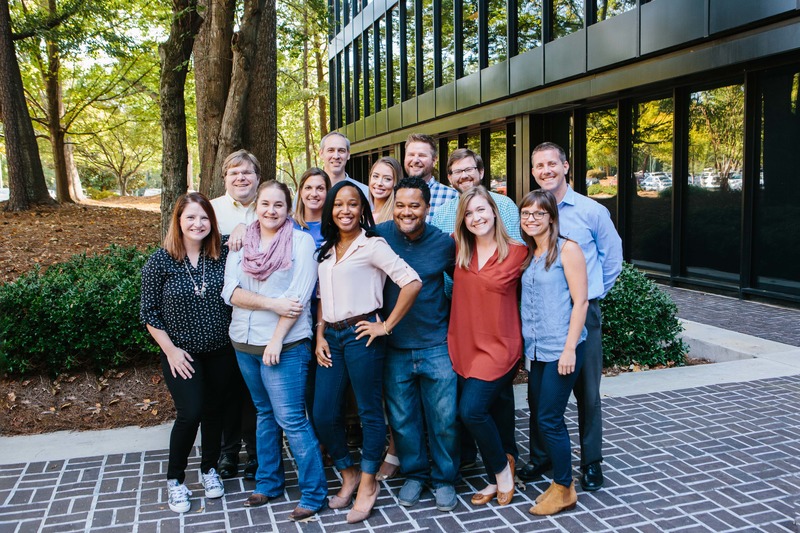 Meet the team
Derick Jaros, SK Publisher / GM: Derick Jaros is Southern Kitchen’s publisher / general manager. A fanatic about creating a community through a superior audience experience, he earned an MBA at Emory University and worked for years at Home Depot. He’s lived in Atlanta since 2003 with his wife, two kids and “a Carolina dog named Dakota.” He enjoys visits from his mother-in-law, who owns a small brownie company. His favorite recipes are gumbo and the classic old fashioned.

Kate Williams, Editor-in-Chief: Kate Williams moved back home to Atlanta in 2017 after spending several years pretending to be a Californian. Kate has been working in food since 2009, including a two-year stint at America’s Test Kitchen. She has been a personal chef, recipe developer, the food editor at a hyperlocal news site in Berkeley and a freelance writer for publications such as Serious Eats, Anova Culinary, The Cook’s Cook and Berkeleyside. Kate is also an avid rock climber and occasionally dabbles in long-distance running. She makes a mean peach pie and likes her bourbon neat.

Sean Pruett, Chief Merchant: Sean Pruett leads Southern Kitchen’s merchandising team. He has been in the retail industry for over 10 years and was able to combine two of his passions — cooking and retail — when he traded in his orange apron for one with Southern Kitchen’s logo. Born in Florida and raised in Augusta, Ga., he attended UGA and is an avid home cook, using recipes that let him combine great cuts of meat with fresh produce from his home garden in Atlanta. On a fall Saturday you’ll likely find him in Athens for football games, and in the Spring he enjoys attending Atlanta festivals, or taking a walk to the local doughnut shop with his wife and daughter.

Jonathan Cone, Chief Technologist: Jonathan Cone is Southern Kitchen's lead technologist. He makes sure the lights are on and the engine is running for the website. Jonathan grew up in North Florida, received his MBA from FSU and in 2006 moved to Atlanta, where he lives with his wife and two sons. After working at various digital marketing agencies leading development teams, he settled in at Spanx as the lead developer on Spanx.com and from there on to the Southern Kitchen team. When you catch him cooking it will most likely be outside, on a grill, with a cold beer and baseball (or any sport) on the radio.

Lindsay Davis, Digital Audience Development Specialist: Lindsay Davis is the Digital Audience Development Specialist at Southern Kitchen. She is the czar of all things content distribution, and she has a background in digital marketing and analytics. She has worked with brands including Starbucks, Veuve Clicquot and Florida Department of Citrus. A native of the Empire of the South itself, proud former Georgia Bulldog and American University alumna, she returned to Atlanta after exploring her education and career (and the food scenes) in Washington, DC and New York City with a fresh perspective on life and dining.

Chef Jeffrey Gardner, Recipes Editor: Chef Jeffrey Gardner is a native of Natchez, Miss., and a graduate of Millsaps College and Johnson & Wales University. He lives in Atlanta and has served as sous chef for popular restaurants South City Kitchen Midtown and Alma Cocina. In 2013 he became executive chef for East Cobb restaurant Common Quarter and was named one of ten “Next Generation of Chefs to Watch” by the Atlanta Business Chronicle. He has appeared on TV shows including Food Network’s Chopped and Cooking Channel’s How to Live to 100, and also filmed a series of healthy cooking videos with retired pro wrestler and fitness guru Diamond Dallas Page. In his spare time, he enjoys traveling the world with his wife Wendy, watching game shows and “spending all his money on Bruce Springsteen concerts.

Ramona King, Visual Content Producer: Ramona King is the visual content producer for Southern Kitchen. She also produces our podcast, Sunday Supper. A native of Georgia and a proud Georgia Southern University alumna, Ramona has been a mixed media artist since 2009. She has grown her own studio, created for many, and is now as happy as a plum here at Southern Kitchen. A mother of two under the age of three, she spends her weekends in the 'burbs full of Barbies, bottles, craft beer and a peach cobbler recipe perfected 200 times over.

Janice Ng, Associate Editor: Janice is an associate editor at Southern Kitchen. She's a native of Southeast Asia; specifically, Malaysia. Janice spent the last 12 years in Nashville, TN, where she learned and grew to love the ins and outs of vibrant Southern hospitality, and recently moved to Atlanta.

Rachel Taylor, Staff Writer: Rachel Taylor is a staff writer at Southern Kitchen. She moved to Atlanta earlier this year after graduating college in Maryland, and has been a digital audience specialist at the Atlanta Journal-Constitution and Politically Georgia, as well as a freelance writer for publications such as USA Today and the Delmarva Daily Times on Maryland's Eastern Shore. She has lived in France and Italy, and she loves to travel.

Leslie Eisenstat, Senior Manager of Owned and Operated Platforms: Leslie grew up in a small prairie town in Alberta, Canada then spent 15 years in California before making the move to Atlanta, which she is happy to now call home. She still loves herself some fries with gravy and is definitely a "dipper," whether its a delicious ailoli, sauce or just some good ol' ranch dressing. Most of Leslie's spare time is spent with her two young daughters and her Bassador named Dugan. As our manager of owned and operated platforms, Leslie keeps the entire team on track, whether the task is strategizing email marketing or managing the onboarding process for new products to our Shoppe.

Ranji McMillan, Merchandising Coordinator: Although her family’s roots are nestled in Valdosta, Georgia, Ranji was raised in California’s Bay Area. When it comes to cooking, she loves to do international riffs on Southern standards. She is a lover of all things Jack Daniels, but her favorite drink is an Old Fashioned made with Grand Marnier. She spent 14 years working as a Merchandise Coordinator at the biggest creative marketing and photography agencies of Atlanta and became very familiar with just about every kitchen item and houseware brand there is (including All-Clad, Le Creuset, Wolf Gourmet, Tovolo, Breville and Kate Spade). Ranji is also an artist and crafter herself, having spent her entire life painting, sculpting, making soaps, jewelry and everything in between. Crafting and creating is her world and she has a personal love and respect for every crafter on the Southern Kitchen site. In her spare time, she still does photography. Her favorite place is under the hood of a car working on an engine with 90’s R&B blaring in the background.

Amanda Pharis, Graphic Designer: Amanda is our graphic designer, illustrator and heads up our website design ideation. Good design and illustration have been her passion since she figured out how to hold a pencil and use Adobe. She is obsessive over details, and never shies from new subject matters. Amanda is also an avid backpacker with a very cute dog.

Elisabeth Schrock, E-Commerce Marketing Analyst: Elisabeth Schrock is Southern Kitchen’s E-Commerce Marketing Analyst and SEO guru. A graduate of Duquesne University, she studied integrated marketing communications. Born and raised in Georgia, she vows that you can take the girl out of the South, but you can’t take the South out of the girl. And she can never get enough of her dad’s homemade mashed potatoes.

Authors/Contributors
Our contributors are our family; they bring their love for Southern culture to life on our site. We have invested in Southern writers, photographers and tastemakers that deliver pure and reliable recipes and stories. They each bring a depth of expertise and a love for their subject matter that shines through in their work. We hope you’ll get to know them here, and come back for their stories.