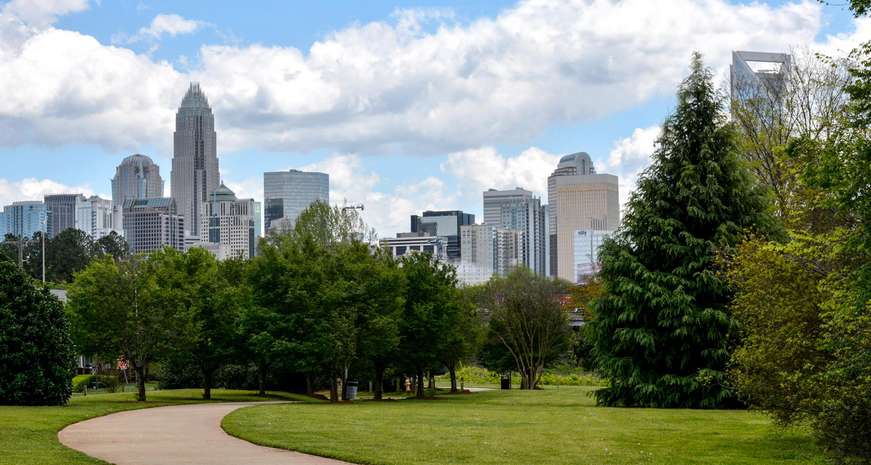 Charlotte has the feel of a booming, metropolitan city yet beams with Southern hospitality and charm.

In 2016, US News & World Report included Charlotte in its list of the 25 “Best Places to Live in the USA,” noting that the large number of transplants (largely due to the heavy presence of Bank of America) make it “an easy city to break into.” Over the past decade, the food scene has exploded with local restaurants and bars, with the Charlotte branch of top culinary school Johnson & Wales University helping populate the talent pool.

Divided into a series of distinct, smaller neighborhoods, Charlotte finds itself home to urban professionals, artists, athletes and students. In addition to being a major banking center, the Queen City serves as home base for Lowe’s corporate, the NASCAR Hall of Fame and the Charlotte Motor Speedway.

Charlotte is also a major hub for American Airlines, second only to Dallas/Fort Worth, which means that the city is not only easily accessible from just about anywhere in the country, but also one of the most affordable flight destinations in America. 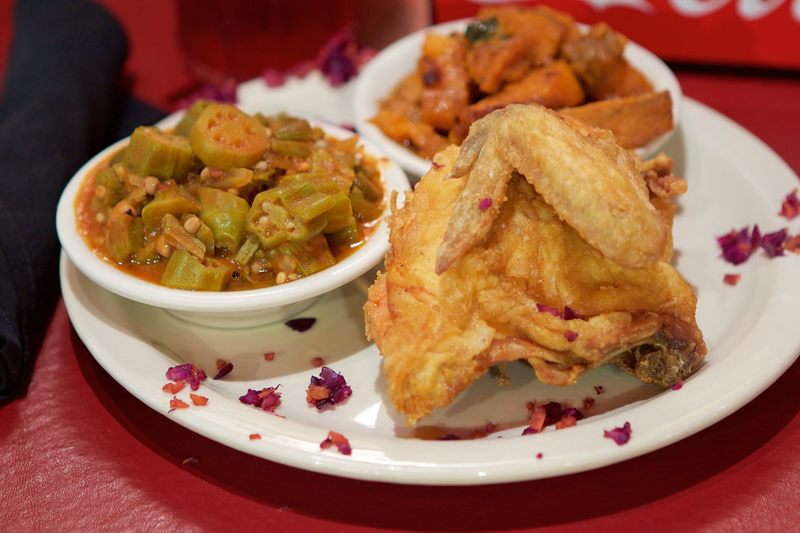 Mert’s Heart & Soul
Over 10 years ago, finding any type of Southern or soul food restaurant in Uptown Charlotte was a bit of a challenge, but Mert’s Heart & Soul was the veritable oasis in the desert. Still going strong and serving up Southern stalwarts like fried whiting, blackened pork chops and their signature salmon cakes, Mert’s has become a dining institution for the city of Charlotte. Whatever you do, be sure to save room for a slice of red velvet cake.

Little Village Grill
Leave it to culinary school students like myself to find the best food at great value. Little Village Grill is a tiny Greek restaurant with staples like gyros and souvlaki, but it also makes one of the best burgers in the city. Combining Greek and American traditions, Little Village Grill serves up a tasty double cheeseburger slicked with American cheese inside a soft pita instead of a bun. This doozy of a sandwich will only set you back less than $6. The well-seasoned gyros come with a few fries tucked inside the pita, making for a delightful contrast of flavors and textures. 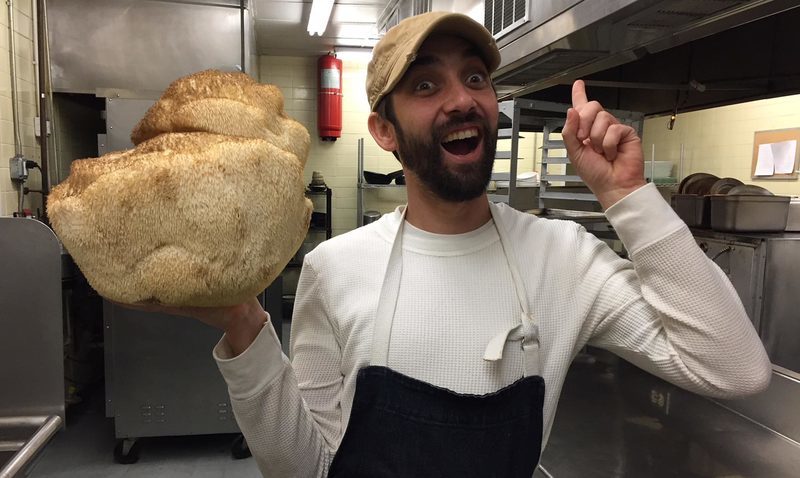 Heirloom
North Carolina boasts an impressive number of small, local farms, and Heirloom chef Clark Barlowe sources his ingredients from as many of them as possible to create an ever-changing seasonal menu. Depending on the season, you may find Barlowe’s playful riffs on Southern classics like shrimp and grits and fried chicken, as well as personal touches, such as his Aunt Nancy’s onion pie. Heirloom offers an a la carte menu, but ordering the six-course tasting menu is the best way to truly appreciate Barlowe’s thoughtful cuisine. In 2018, Heirloom was named Best Restaurant by Charlotte Magazine. 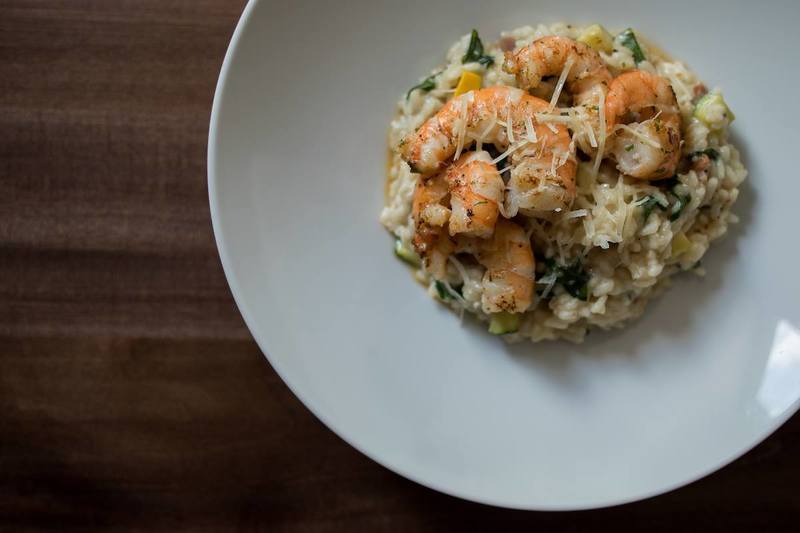 The Stanley
Chef Paul Verica is one of the biggest names in the Charlotte restaurant scene, and his latest venture, The Stanley, was one of the most anticipated openings of 2018. This cool Elizabeth restaurant offers creative takes on new American cuisine, with dishes like foie gras with funnel cake or a whole roasted chicken for two. If you’re a fan of craft cocktails, try the Mezcal is the New Black, with Casamigos mezcal, black sesame seed, red wine shrub and agave nectar.

Where to Stay
Staying somewhat centrally-located will likely lead to a more enjoyable Charlotte experience. The Charlotte Marriott City Center places you within walking distance of numerous sights, attractions and restaurants. Enjoy the rooftop bar Le Meridien Charlotte for a fantastic view of downtown. As an added bonus, Le Meridien is a short walk from the NASCAR Hall of Fame, the Spectrum Center and the Epicentre complex for shopping and dining. 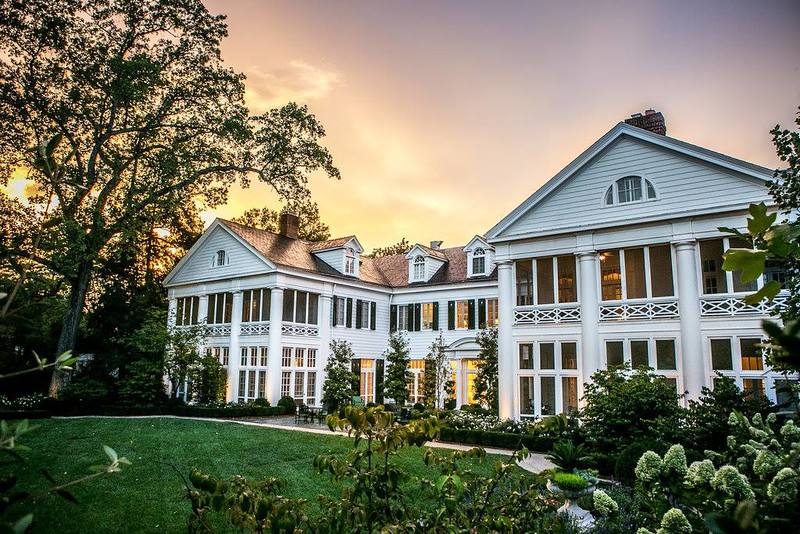 If you want to get away from the bustle of the city center without being too isolated, book a room at the Duke Mansion. The hotel’s 20 rooms are listed on the National Register of Historic Places, and the painstakingly manicured grounds provide a welcome respite from city living.

Where to Explore and Have Fun
Charlotte’s neighborhoods are, for the most part, extremely walkable and provide numerous small parks and green spaces throughout. Hop on the Trolley Pub to pedal your way through the city with friends while drinking delicious local craft beer. Thrillseekers will enjoy Carowinds for its bounty of roller coasters and water rides. Sports fans can check out a Carolina Panthers football game or Charlotte Hornets basketball game. Drive a few miles away from the city’s center to visit the Charlotte Motor Speedway and NASCAR Hall of Fame. If you’re into the outdoors, Charlotte is only a short drive from amazing hiking and rafting opportunities.