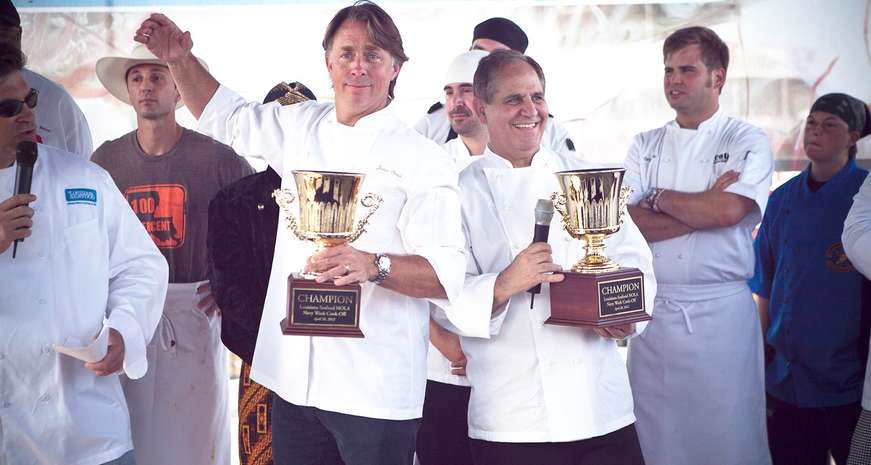 Sunday Supper is Southern Kitchen’s weekly series of stories we hope will spark and inspire the kinds of honest conversations that happen at dinner tables across the South on what’s undoubtedly the region's favorite day of the week. In this second edition of Sunday Supper, Associate Editor Mike Jordan covers the harassment allegations against celebrated Southern chef John Besh and his company, and the silver lining of how the story could help bring long-overdue changes to conditions of women across the country working in food and hospitality from the corporate office to the kitchen line.

Earlier this week, New Orleans chef and restaurateur John Besh announced that he was stepping down from “all aspects of operations” at Besh Restaurant Group. A public statement made on his behalf said that he’d decided to “provide his full focus on his family,” yet the news reports made it clear that things were a bit more complicated.

According to a discrimination complaint filed by Besh employees, and published at both The Times-Picayune and NOLA.com, Besh Restaurant Group’s owners and managers were engaging in “rampant sexual misbehavior and harassment,” and condoning “aggressive, un-welcomed touching and sexual advances.”

This misbehavior allegedly reached all the way to Besh himself, who was named by a former employee who said in an Equal Employment Opportunity Commission complaint that she was coerced to submit sexually to the celebrity chef on work trips. Another former employee has recently stepped forward with accusations that she was fired from the company after rejecting Besh’s sexual advances during a business trip.

There have also been remarks from television chef Anthony Bourdain, who in an interview with Slate spoke of regrets from possible contributions he said he might have made to what he called “meathead culture” in the restaurant and hospitality industry.

The beginning of the end of institutionalized Meathead Culture in the restaurant business. https://t.co/FUlh0FCSuZ

“I became a leading figure in a very old, very oppressive system so I could hardly blame anyone for looking at me as somebody who’s not going to be particularly sympathetic,” Bourdain said in the interview. He surmised that his celebrated media persona, built from the success of his breakout book Kitchen Confidential – a book which contains, in his words, “sexualization of food” – created a false impression that may have kept women around him who might have experienced harassment from asking for his help.

Bourdain also criticized the fact that there was no communication channel at BRG for victims of harassment to report their experiences. “I don’t know the facts of the case or anything with the Besh company, but the fact that it’s a company this size and that there was not a credible avenue, no trustworthy credible office or institution in this big company for women to report or to complain with any confidence that their complains would be addressed, this is, it’s an indictment of the system,” he said.

Others have spoken out, including Kat Kinsman, a Kentucky native who serves as senior food and drinks editor at Extra Crispy.

It is beyond time. I hear so much “that’s just the way it is” but that doesn’t buy people a free pass from having to try to do better.

This week, Kinsman wrote in Food & Wine about how restaurants are reevaluating their harassment policies in the wake of the Besh allegations. She reported that Atlanta chef Hugh Acheson is immediately updating his company’s policy to, in his words, “empower people, to make them stronger and provide them with a safe environment to work in.”

Kinsman also noted that both a chef and a general manager were fired from two restaurants owned by Chicago-based One Off Hospitality, on the same day as the Besh revelations surfaced. According to an Eater Chicago story, Executive Chef Cosmo Goss of The Publican, a James Beard Award-winning restaurant, was discharged along with Publican Anker GM Antonio Molina, for allowing restaurant staff to circulate an “inappropriate” photo of a female employee without her consent.

A replacement for Besh, former operations manager Shannon White, was quickly named for the CEO position at BRG. Interestingly, White joined BRG as a server at the company’s Italian restaurant Domenica, and climbed the ranks to become general manager in a year, completing manager training at Restaurant August and helping open the group’s modern Israeli restaurant Shaya.

Momentum is clearly on the side of women who are speaking out against harassment in the workplace, and their voices are clearly making a difference. Yet there is also the need for more men to speak up about what they’ve witnessed and to be steadfast supporters of women working in food and hospitality.

As a former restaurant worker, I’ve seen and been privy to situations in which there had been harassment of female employees. While working at an Atlanta-area location of a national restaurant chain years ago, I remember a general manager who was transferred to another restaurant because he was accused of harassing female employees under his management. I also have a friend who I never worked with, but who was also a general manager at an Atlanta restaurant, and whose intimate relationships with staff members caused him to be transferred to a different location and demoted.

As a father, nothing is more distasteful to me than the idea of women being harassed, especially in a place where standards of professionalism and protections against such harassment are supposed to be setup. The fact that such “meathead” culture has been allowed and excused for so long can partially be blamed on the fact that employees are understandably concerned about their careers and losing their livelihoods for telling the truth about these interactions and behaviors. But it can also be blamed on a culture of silence and willful ignorance, at least in my own experience.

In order to make sure that no one feels as if they must accept intolerable acts from superiors – especially those who prepare and serve the food we eat when we go out to special dinners with our wives, mothers, sisters, daughters and friends – we all must be held accountable to share what we’ve seen and experienced. We also must demand that women be treated with respect, and we should expect men in the industry, whether sharing space on the kitchen line or working with women in corporate offices, to be true teammates. 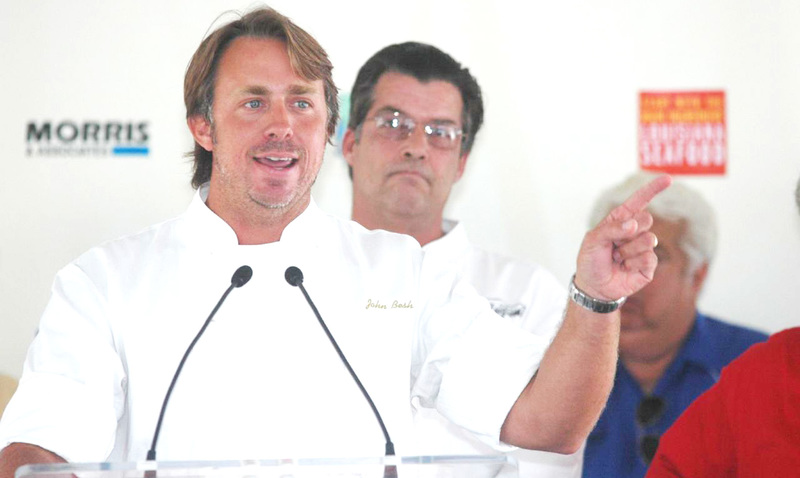 Whatever comes next for John Besh is uncertain. What is clear is that the restaurant industry now has an opportunity to address an issue that's been allowed to exist far too long underneath the tablecloths and behind the scenes at some of our most treasured dining establishments in the South and beyond. And we can only hope that the women affected by his alleged behavior will be able to move on in positive directions with their lives and careers.

Julia Child is quoted as once having said, "Find something you're passionate about and keep tremendously interested in it." Let's all work together to make sure we stay interested in how women are treated in the business of food and hospitality, or wherever they choose to share their passions.

Tell us your thoughts about this week's Sunday Supper topic, and what other conversations you'd like us to bring up in a future edition, on our Facebook page