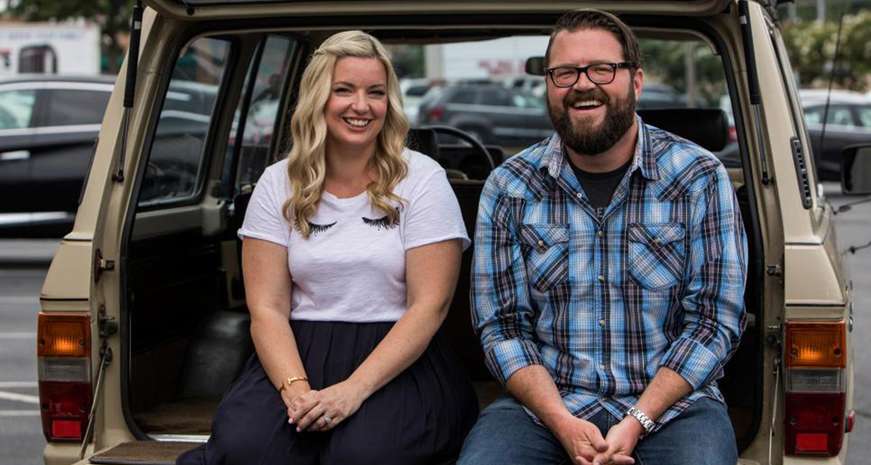 Cooking Channel is continuing to put its money where its mouth is when it comes to Southern food, with tonight's debut of it's newest TV show, "Southern and Hungry." Described as a "road trip through the South," highlighting memorable dishes and "real, down-home restaurants," Southern and Hungry is hosted by chef and food expert Damaris Phillips and NASCAR personality Rutledge Wood.

This is Phillips' second nationally televised show. She became Bobby Flay's co-host  on the daytime program Southern at Heart: The Bobby and Damaris Show, after winning the ninth season of the Food Network series Star. The Louisville native is also releasing her first cookbook, Southern Girl Meets Vegetarian Boy, this month.

Rutledge, who was raised in Birmingham, Alabama, and attended University of Georgia, co-hosts shows and events for NASCAR, Fox Sports, NBC Sports and History Channel (Top Gear and Lost in Transmission). His bio says he's "been around food and cars all his life."

People #southernandhungry starts tomorrow on cookingchannel at 10 pm ET! I can not wait for… https://t.co/DoJHEa7WFr

The adventurous Southern food tourists have behind-the-scenes teaser videos showing their chemistry and compatible senses of humor. You can also follow Phillips and Wood on Twitter for updates.

Visit the official site for "Southern and Hungry" at Cooking Channel