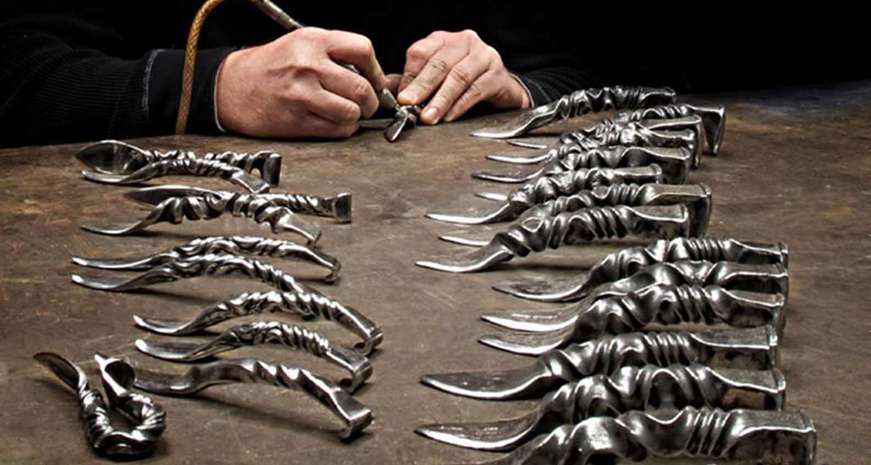 Shuck your next oyster with Carolina Shuckers hand-forged knives

Cracking open an oyster can be intimidating enough without a proper oyster knife. Yet there’s a certain comfort to be had when you’re holding a hand-forged railroad spike that’s been shaped into an oyster knife as ruggedly beautiful as an oyster itself. This is what the partners and makers of Carolina Shuckers oyster knives have accomplished.

Mike Waller and Kirk Davis, two career artists from North Carolina, grew up together in the same neighborhood and have remained best friends since elementary school. Their friendship became a business opportunity after a sudden lack of employment opportunities in 2009 gave them an idea worth trying.

“When the real estate bubble popped and the economy started tanking, there was no work,” Waller remembered. “Every bit of architectural or public work was just gone. We were hanging out more, and we just decided we’d have an oyster roast. People brought these crappy knives, and there were never enough to go around. We asked ourselves, ‘Why don’t we make one?’” 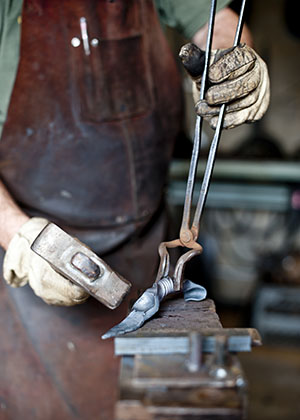 Waller and Davis did just that. Admitting that their first batch was “pretty crude,” they decided to give them out to friends at another oyster roast a few weeks later, to see how they’d be received. “People were blown away,” Waller said.

They set up an online shop with the help of Waller’s wife, who built a website and set them up with PayPal. They also printed a banner, put together a booth and decided to try selling them at local arts and crafts festivals. Starting with four knives, they took their successes with their challenges, taking recommendations to attend events where water fowl and wildlife culture were the themes. Three months later they received their first online order from California, from a man who found them by searching for “custom oyster knives.”

When a sales rep for Orvis contacted them and offered to put the knives in the apparel company’s 2010 holiday catalog, they watched their hobby idea become serious business. “It just blew up,” Waller said.

“Now it’s insanity; it’s hard to keep up. We sold so many Christmas of 2010, we were literally in the shop on Christmas Eve. I couldn’t believe we were getting orders like that, but no one was doing it. Now you’ll see copies of our knives, but they’re not even close to the quality, and it doesn’t say ‘Carolina Shuckers,’ so we don’t worry about it. We stand by what we do. We provide a quality product at a great price. We’ve done a lot of research and development, and we come from that down-east oyster culture, so we know our customers. We listen to them.”

The goal was to make something “utilitarian but also original, funky and artistic,” never mass-produced. The process of making the knives involves putting raw material into a forge, heating it up to around 2,300 degrees and forging all components in five separate “heats” to shape everything from the blade to the thumb hold and the trademark twist above the handle. They make 25 bars at once, then sand, clean, shape, sharpen, temper and heat-treat them. Then they clean the blades, which makes them smooth, before dipping them in mineral oil, wiping them down and bagging them for shipment.

Each knife is made by one of the two men’s hands, and they estimate having made over 30,000. The spikes are sourced from a contractor who takes up North Carolina railroad, and who contacts them when he’s got a new bounty. They keep 10,000 in stock, and create around the same amount every year. Each piece also comes with care instructions specifically similar to another Southern Kitchen favorite: cast iron skillets. “They’re forged carbon steel, so you have to take care of them just like a cast iron pan: hand-wash after every use and oil it. 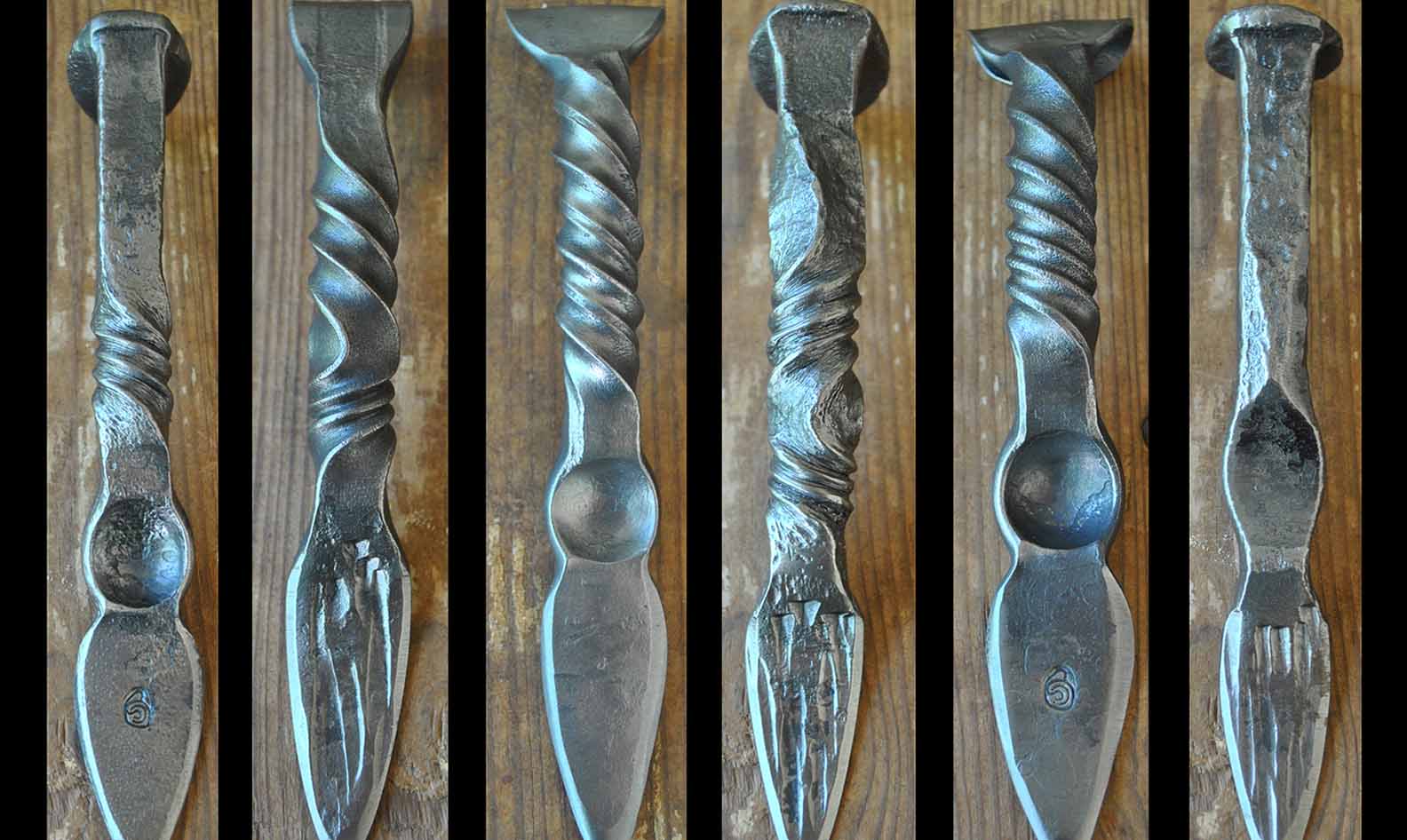 Carolina Shuckers offers a lifetime guarantee, and Waller says if you’re not happy for any reason at all, they’ll replace or give you your money back. “But we never have that problem,” he admitted. “Maybe 10 have been returned. It’s lifetime guarantee, no questions asked. If you just call and say you don’t like it, we’ll take it back.

He also said that he’s not trying to enter the luxury market with the knives, since they’re inspired by the coastal Carolina culture in which he and Davis were raised.

“We wanted to make something economical too — something folks can afford. Who’s gonna go to an oyster roast with a $250 oyster knife? That’s not the kind I go to. Ours cross both aisles; ours are liquor, beer, fire, Carharts, coats and coal. And you’re partying! We try to get price point in that zone where it’s affordable for normal people, not outrageous. And we’re just charging what we have in it – we’re not gouging anything. That’s just the background we have: do it fair and be honest.”

Ultimately, with plans to do more production knives and try things like ladles, spoons and fire-pokers (which they already separately make), they're happy with where they are and love being able to make a living with their craft.

"We’re makers. That’s who we are, that’s what we do. We’re self-employed artists. We grew up doing this. It’s like when you go to your Grandma’s house for Sunday dinner – she always brings out the best. When somebody brings out one of our knives, it’s just as nice. Plus you want something that works. We have people come and say to us, 'It’s the best knife I had.' That makes you feel good – you know you’re doing something right."