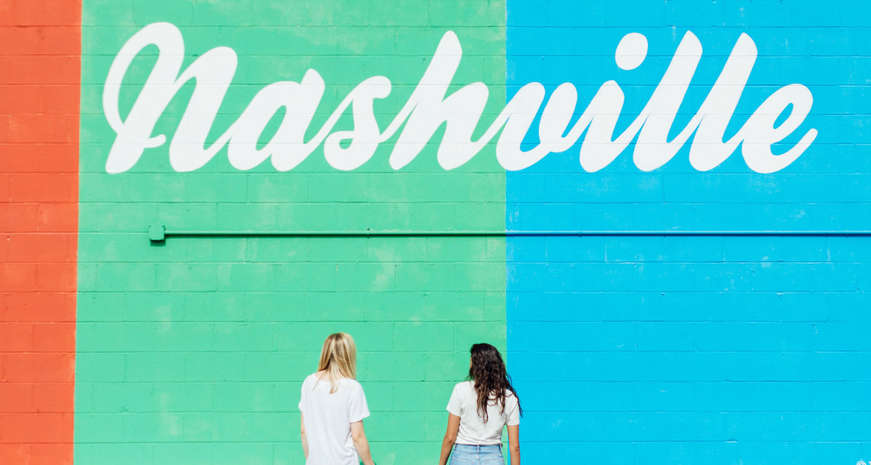 Nashville is a place that has long been famed for its live music scene, attracting some of the top talent and underground music stars in the world. While music still reigns supreme in this charming Southern city, celebrated restaurants and bars are popping up everywhere and making their voices heard. And we've got your guide to get started exploring this great city.

Nashvegas, as it is sometimes affectionately called, is not a sleepy college town — far from it. This city boasts almost 2 million residents and is home to American historical sites like the Grand Ole Opry and the Belle Meade Plantation. As of 2017 Nashville was ranked the second most popular site for bachelor and bachelorette parties in the country — clearly this place knows how to show guests a good time.

Nashville is where you go to when you want to hear amazing music from emerging artists while having an incredible meal. And with the cost of living about four percent less than the national average, you can have a great time on a budget. 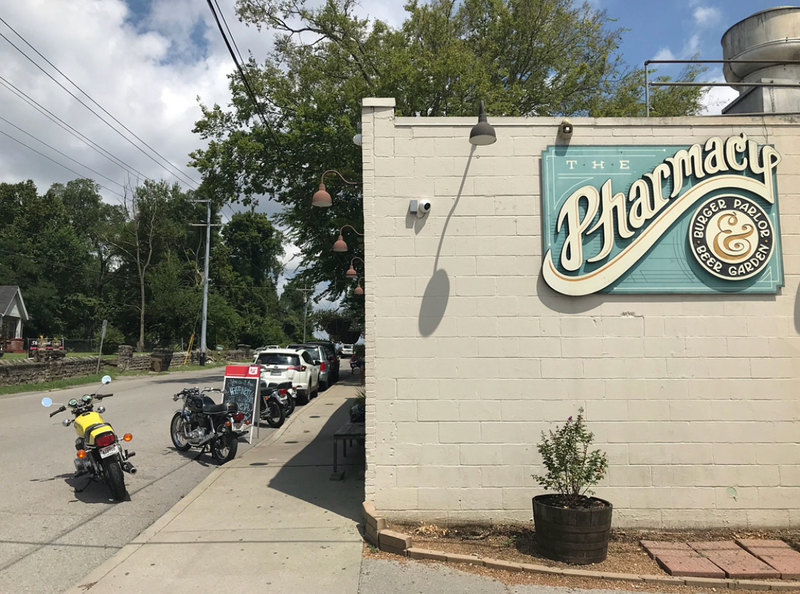 Where to eat
The Pharmacy
Set in an unassuming gray brick building, The Pharmacy churns out some of the absolute best burgers and local craft beer in the entire South. The restaurant has an unapologetic German feel to it, which means all things meat and sausages. While you're here order the Farm Burger — made with country ham, apple wood bacon, a farm egg and maple mustard. If you're more interested in a bratwurst, give the coriander, garlic, mustard, ginger and nutmeg filled Jagerwurst a whirl. The flavors can seem unexpected, but once they're married all together, nothing has ever made more sense. Consider washing this all down with a local beer or cider. There's stuff for the kiddies too — The Pharmacy has an old school soda counter and can whip up almost any flavor your kids (or yourself!) can dream up.

Rolf and Daughter
This high-brow new American restaurant has some of the most interesting a delicious plates around. Rolf and Daughter specializes in small, shareable plates that play with flavors and proteins. The restaurant is only open for dinner and you certainly won't be disappointed if you choose to make a reservation here. The menu at first glance looks to have a strong Italian influence, with plates made from rigatoni, lamb, Jimmy Nardello peppers, anchovy and pine nuts. The wine and cocktail list is no snoozer either. Before dinner starts order up the mezcal-based cocktail, "When You're Here, You're Family." 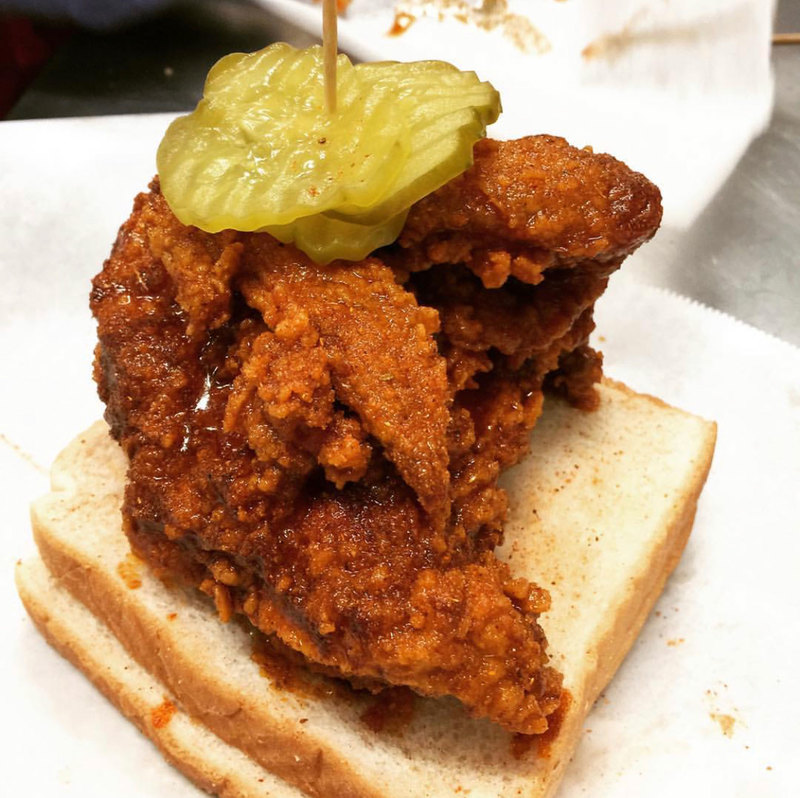 Prince's Hot Chicken
Nashville is home to hot chicken, a phenomenon that's currently taking over the country. While more famous (and popular) Hattie B's has become synonymous with hot chicken, Prince's is where it all started. The restaurant is almost 100 years old; it was formed by Thorton Prince during the Great Depression. People still line up to grab a few pieces of juicy, hot fried chicken seasoned to perfection with hot oil and topped with a sour pickle (of course).

Where to grab a drink
Pinewood Social
This mixed-use space is one heck of a good time. Pinewood Social offers breakfast, lunch and dinner as well as a killer cocktail menu. Another plus? It also has a bowling alley. In other words, it's the perfect place to grab a few cocktails with friends. 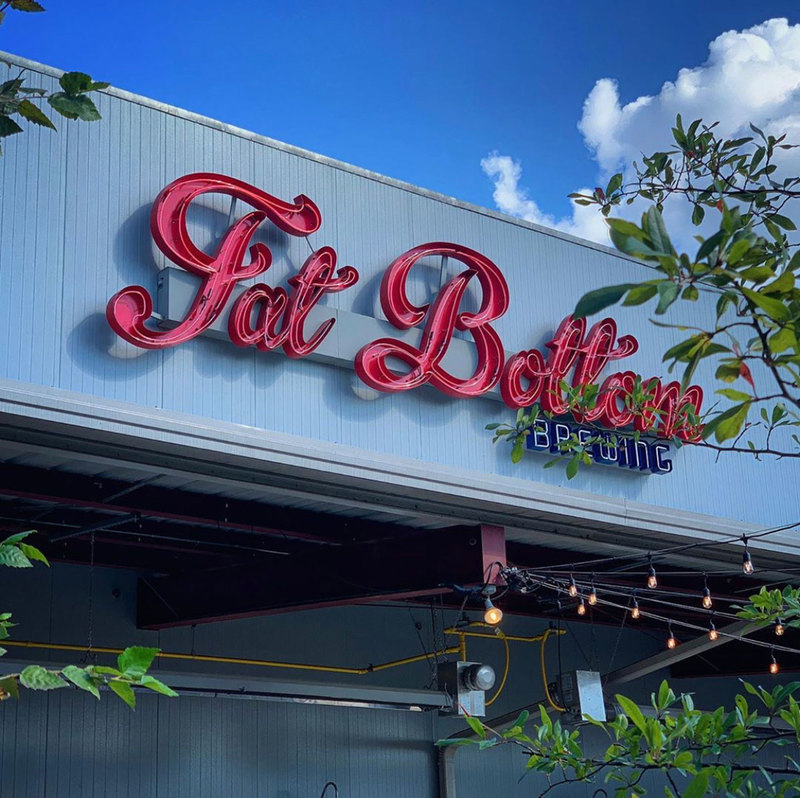 Fat Bottom Brewery
Nashville is in the midst of a love affair with craft brewing. Fat Bottom Brewery opened its doors in 2012 after Ben Bredesen (a beer-brewing hobbyist) decided that it was time to give his passion his full attention. Over the course of the next six years, Fat Bottom has become the go-to place for people looking for a great place to mingle with friends and to drink some seriously delicious brews.

Skull's Rainbow Room
Skull Rainbow Room is an institution all on its own. This famous, or infamous, bar has been a part of Nashville since 1948. After closing down for a few years, the bar reopened with the same speakeasy feel residents and visitors have come to love. This bar prides itself on its amazing (and strong) craft cocktails, as well as its live music. Skull's also has a popular burlesque show, which runs Wednesdays through Saturdays.

Chattanooga is on the right track toward culinary renown

Athens, Georgia is more than just another college town

Chattanooga is on the right track toward culinary renown

Athens, Georgia is more than just another college town