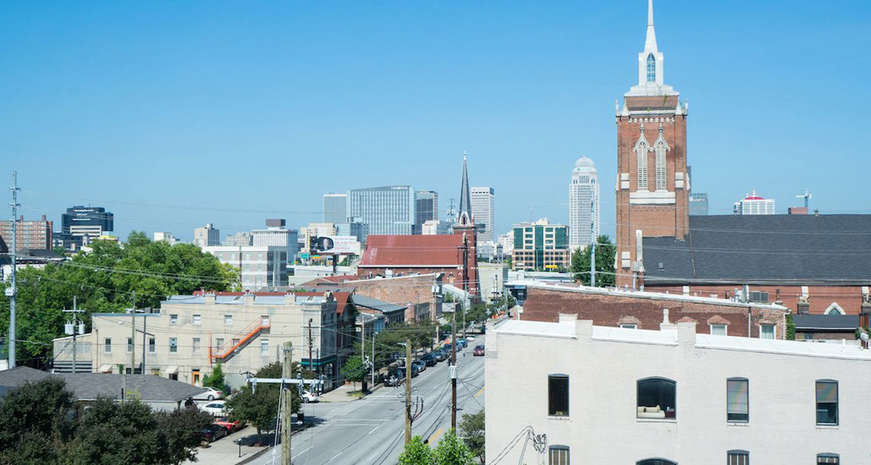 Louisville is the perfect destination for your next girls' trip

Every year my girlfriends and I try to make sure we escape together at least once. In the past we've gone wine tasting in Napa, rung in the New Year in Times Square and celebrated Halloween in New Orleans.

When I floated the idea of having a girlfriends' trip in Louisville, everyone was immediately hesitant. On its face Louisville doesn't seem like the type of place for six 30-something women to spend a lively weekend. I convinced them all that this was a trip worth taking by using one very important word: bourbon.

Louisville is the bourbon capital of the world and famous whiskey houses such as Angel's Envy, Old Forrester, Jim Beam and Evan Williams — among many others — call this industrial city home.

The city of Louisville was founded by George Rogers Clark in 1778. And with the advent of the steamboat in the 1800s, it quickly became the largest city in Kentucky. Bourbon became on of its chief exports.

Today, Louisville is a small but lively town with incredible restaurants, entertainment and classy lodging options. Another perk? Not a single cocktail I had while in town was over $12 dollars, making this a city that is both fun and incredibly affordable.

What to do
There is only one thing we really did while we were in town, and that was go on distillery tours. While many big names such as Maker's Mark and Jim Beam have large distilleries on the outskirts of Louisville, they can take upwards of over an hour to reach and hauling six women around isn't easy. Companies such as the Mint Julep Experiences offer shuttling services, but we chose to save the money and spend it on drinking more whiskey. In the end we decided to stay local and hit up distilleries offering tours in town. 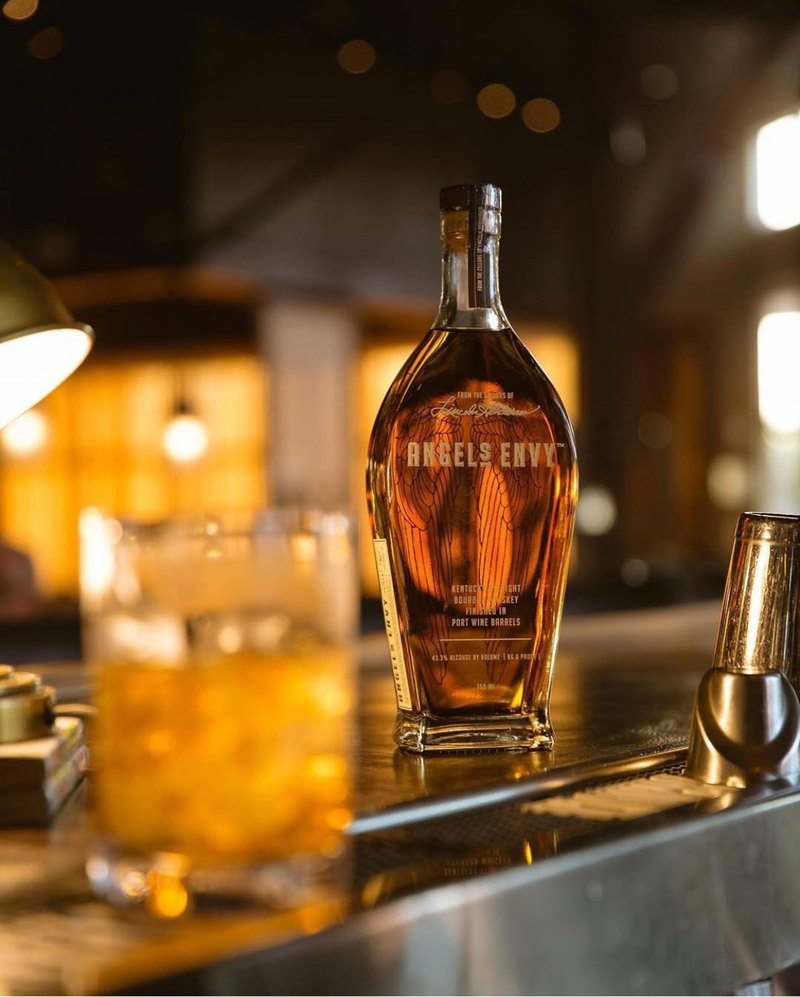 Our first stop was Angel's Envy, which is located in the NuLu or "New Louisville" part of town. The distillery itself is large and industrial with a ton of great natural light. The tour set us each back $20 and was about an hour long. We were walked through an insane amount of equipment and given a fairly in-depth explanation of the history of Angel's Envy, a relative newcomer to the scene, as well as the distillation process. At the end of the tour we sat around a stately wooden table and had what we'd really come for in the first place, a taste of the good stuff.

We also made our way over to the Old Forrester's distillery located in the heart of downtown. The tour was very similar to the one we had at Angel's Envy, but of course each individual whiskey house's story is incredibly interesting.

However (and I'm letting you in on a secret here), while we did enjoy our time tour different distilleries, time and time again we found ourselves returning to a little unassuming storefront called Taste Fine Wines and Whiskey. When we first passed it on our way to the Angel's Envy tour we dismissed it as a local liquor store. Thank God for curiosity, because when we went to check it, out we discovered a little tasting room that could.

Taste has one of the most extensive whiskey collections in the city. The staff was incredibly knowledgeable, generous with pours and kind to a group of rambunctious women. We were even able to taste bottles of whiskey that sadly weren't available for purchase. In fact, given a second chance at exploring bourbons in Louisville, I would spend the majority of my time here, tasting everything I didn't get around to last time.

Where to eat and let loose
Frankly, I wasn't expecting much from Louisville in the way of food. I naively thought that no city could be exceptional at making bourbon and having an amazing culinary scene. Thankfully, I was wrong. After asking a few locals for dining tips, we kept hearing the same exact recommendation: Head to the Mayan Cafe. 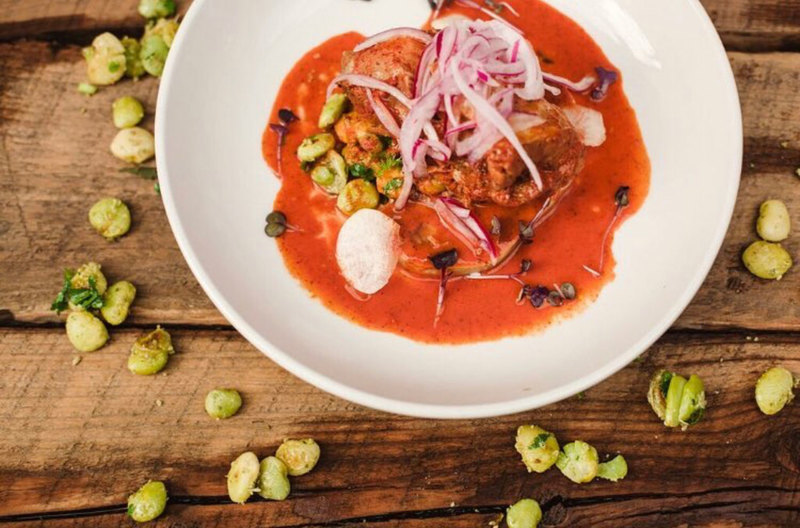 Now Kentucky isn't where I thought I would find some amazing Mayan cuisine, but the staff at Mayan Cafe hit dinner out of the park. We feasted on guacamole, ceviche, lima beans (free when you check in on Yelp!), empanadas and various main dishes. Everything was incredible, right down to the cocktails.

On our last night in town we also had a very elegant meal at Rye. This well-appointed restaurant prides itself on no-fuss New American menu that really delivers. The roasted bone marrow with red miso, shallot, cilantro and rice wine vinegar appetizer absolutely stole the show until our 48 ounce bone-in rib eye hit the table. We left nothing but the bone. The wine list, rather then the cocktails, really stood our here. This was the perfect place for an intimate girls dinner or even a more romantic one. 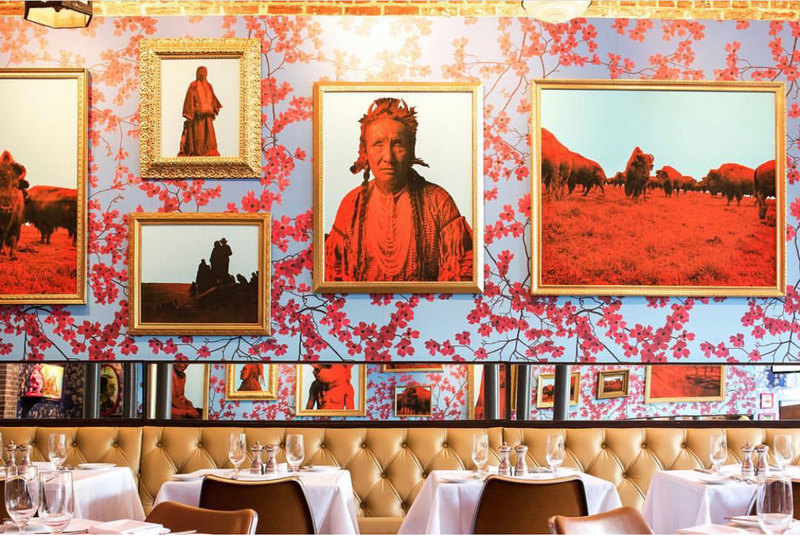 Lastly we headed to Proof on Main for some music and a few nightcaps. The whiskey bar here is extensive and fairly priced, not to mention the bartenders really know what they're doing. Proof also houses some extensive artwork by famed American artist such as Kehinde Wiley, a New York City-based portrait painter who is known for his highly naturalistic paintings of African-Americans. Most notably he was commissioned to do the portrait of former president Barack Obama.

Where to rest your head
We rested our tipsy heads on the absolute fluffiest pillows at Hyatt Regency. This impressive hotel boasts over 14 floors of rooms and still was incredibly quite at night. The location of this hotel put us in walking distance of Old Forrester and other distilleries that have tasting rooms downtown. However, on our next visit we've decided to try out the AC Hotel, which is located in NuLu and practically across the street from the Mayan Cafe, Rye and our beloved Taste Fine Wines and Whiskey.

All in all, this years girls' trip was a success thanks completely to the city of Louisville, bourbon and, of course good food to soak up all that whiskey.

Have the best time in Nashville with our city guide

Have the best time in Nashville with our city guide