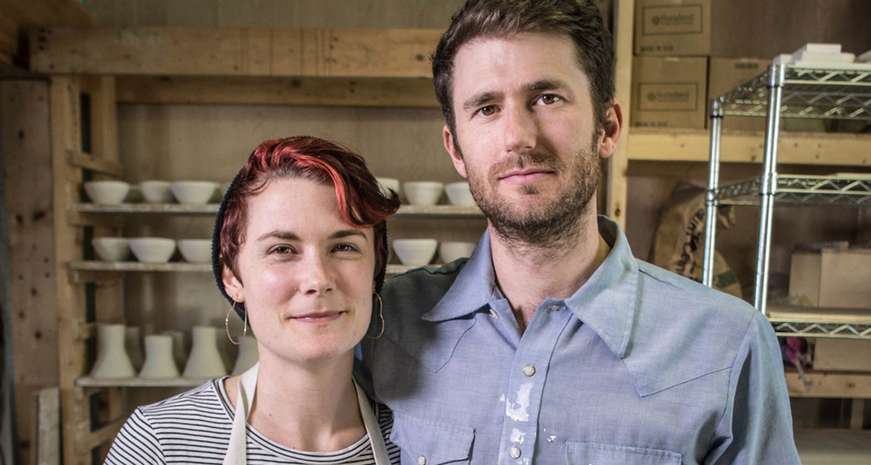 A couple weeks ago, we shared a story about Bean & Bailey Ceramics, a married team of pottery makers in Chattanooga, Tennessee, who create adorably quirky kitchenware. Today, we learned that one half of the B&B team, Anderson Bailey, has been diagnosed with glioblastoma, which doctors discovered after a recent surgery to remove a brain tumor.

At Southern Kitchen, we don't just love the products we sell — we care about the people who sell them. So we're joining Anderson's friends to help raise money in support of his battle with this aggressive form of brain cancer.

A GoFundMe account was set up on Anderson’s behalf by a friend of the Baileys named Sean O'Neill, who explains on the account page that Anderson first noticed symptoms after leading a ceramics class at the Appalachian Center for Craft, his alma mater. His doctor found a tumor through an MRI, and lab results showed evidence of the cancer. (Editor's Note: For reference, glioblastoma is the same type of cancer with which U.S. Senator John McCain has been diagnosed.)

O’Neill is helping lead the charge to provide emotional and financial support for Anderson. Since the creation of the GoFundMe account on September 8, the campaign is just $10,000 short of its goal of raising $100,000, which will go towards paying for insurance, cancer treatments and the Baileys’ monthly expenses, allowing them to focus on Anderson’s recovery.

“Over the last 7 years, he and his wife Jessie have built a business doing what they love and always with a sense of humor,” O’Neill said on the GoFundMe page. “Throughout that journey, Anderson has inspired laughter and friendship in people from coast to coast and beyond. Now it’s time for all of us to spread the word and pitch in to get Anderson the support he needs.”

Southern Kitchen believes in the power of community, which is why we’ve decided to help Anderson’s campaign reach its financial goal as soon as possible. From today through Christmas, or until the $100,000 goal is met, Southern Kitchen will donate all proceeds from all purchases of Bean & Bailey Ceramics at our Shoppe to Anderson’s GoFundMe*.

Help us get Anderson and Jessie over the goal today. You’re not only supporting a great cause, but you also get the creativity and functional beauty of Bean & Bailey’s ceramic kitchenware, and you’ll have a wonderful story to share with your friends at your next dinner party.