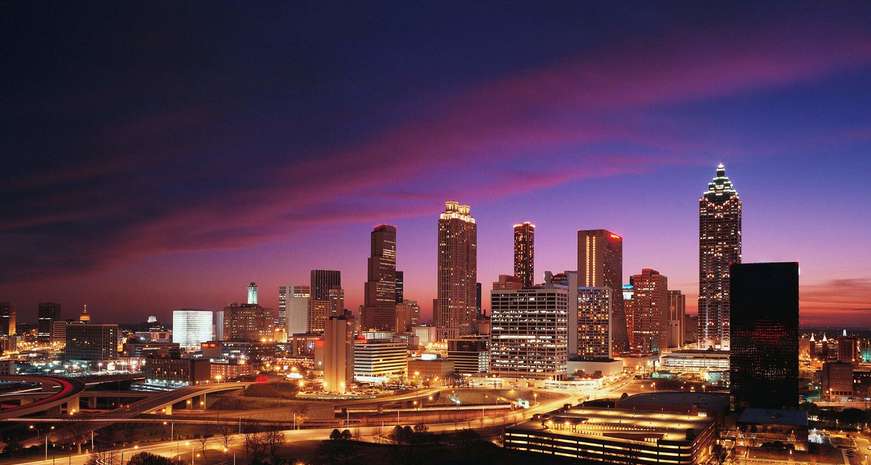 Eat, drink and do great things in Atlanta with this city guide

Here at Southern Kitchen, we know that being based in Atlanta, considered by many to be the capital of the South and one of the world’s most influential cities, is a blessing that comes with many perks. And if you’ve heard that those perks include a wide selection of great restaurants all over the metropolitan area, you have what we call highly reliable sources. Because yes, the ATL eatin’ is indeed good.

Whether you live in Atlanta, visit frequently or plan to make your first trip soon, you’re going to want to bypass the noise more smoothly than sitting in traffic on I-285. So use this helpful city guide to make sure you maximize your time in The City Too Busy To Hate (Because It’s Too Busy Eating, Drinking And Enjoying Southern Life). Yes, that’s the new full formal name, FYI.

Why we love it
One of the best things about Atlanta is the combination of big-city seriousness and down-home Southerness. You get the best of both worlds here, not to mention four true seasons of weather. The people are just as warm as spring, summer and the beginning of autumn, and you’re not likely to make eye contact with a fellow pedestrian without at least a head nod or a proper salutation. 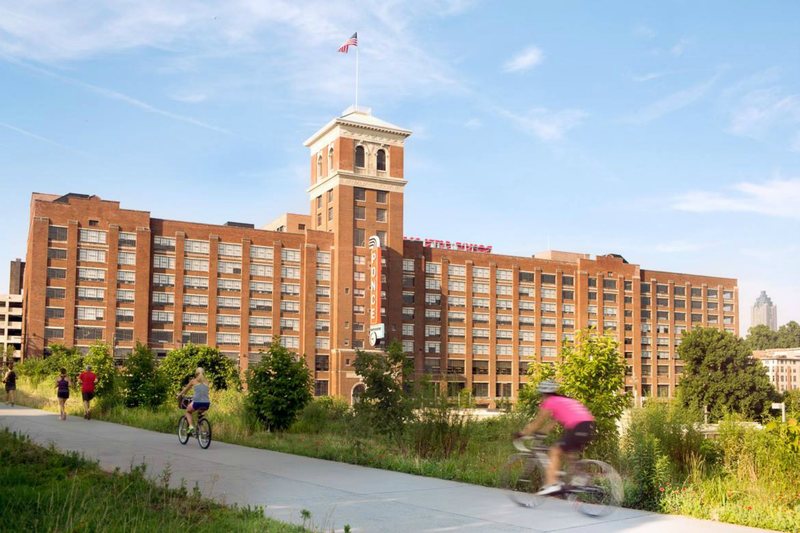 What to eat and drink
You’ll never run out of options, but one of the most effective plans you can make is to focus on two main drags of the east and west sides of town: Ponce de Leon for the former, and Howell Mill Road for the latter. Both have plenty of standout eateries in a range of cuisines. The easy way to take an edible expedition is to hit Ponce City Market and Krog Street Market, both on the city's east side, where some of the best culinary minds in the city have stands serving specialty food hall feastings.

If you’d rather hit traditional brick-and-mortars, head to tried-and-true institutions like Mary Mac’s Tea Room, or eat celebrity-chef-style at Kevin Gillespie’s Gunshow, Hugh Acheson’s Empire State South or Linton Hopkins’ Holeman & Finch, which has a fantastically drinks, happy hour specials and a nationally-famous cheeseburger. You can also trust everything on the menu at any Ford Fry restaurant, as well as the steaks served any place owned by Kevin Rathbun. Be sure to save room for Watershed on Peachtree (Wednesday is their amazing once-per-week fried chicken night), or stop playing and grab pizza. I like Amalfi downtown, Antico in Home Park near Georgia Tech and Varuni Napoli.

But if you want one of Atlanta’s most authentic Southern soul food experiences, be sure to visit Busy Bee Cafe — it’s kinda mandatory. Oh, and you can’t leave without eating breakfast at Home Grown, barbecue at Fox Bros or B’s Cracklin’, and a frozen treat from King of Pops.

When thirst develops, take a seat at Red Phone Booth, where bartender Bob Ruede, a veteran ATL drinks-maker, crafts some of the best classic cocktails you can find from a secret-entry Downtown cigar lounge. Just look for that thing in the name. If you’re a spirits-first kind of person, your best bets include Biltong Bar, which also sells South African beef jerky, but stands out for its superior mai tais and the special menu of pricier, super-premium drinks. There tends to be at least one standout bar in every neighborhood or suburb, with examples like The Pinewood Tippling Room in Decatur, Ticonderoga Club in Krog Street Market, and Amer in Inman Park, all of which have sensational food, too.

If you’re looking instead for top bottle shops, get wine at 3 Parks in Glenwood Park or Perrine’s on the Westside, then shop for spirits at H&F Bottle Shop in Buckhead. You can grab any kind of beer you can imagine at the multiple Hop City locations around town, or hit up Beer Girl if you’re near Hapeville. (If you’re staying near the airport, you're basically there.) Now, to drink beer or wine? I highly suggest Decatur’s Brick Store Pub or The Porter in Little Five Points, as well as Bar Mercado for Spanish wines. Trust me on all things, but certainly drinky things. [Editor's note: Mike forgot about the always excellent and weird wine list at 8ARM, across the street from Ponce City Market. It also serves great brunch; see below.] 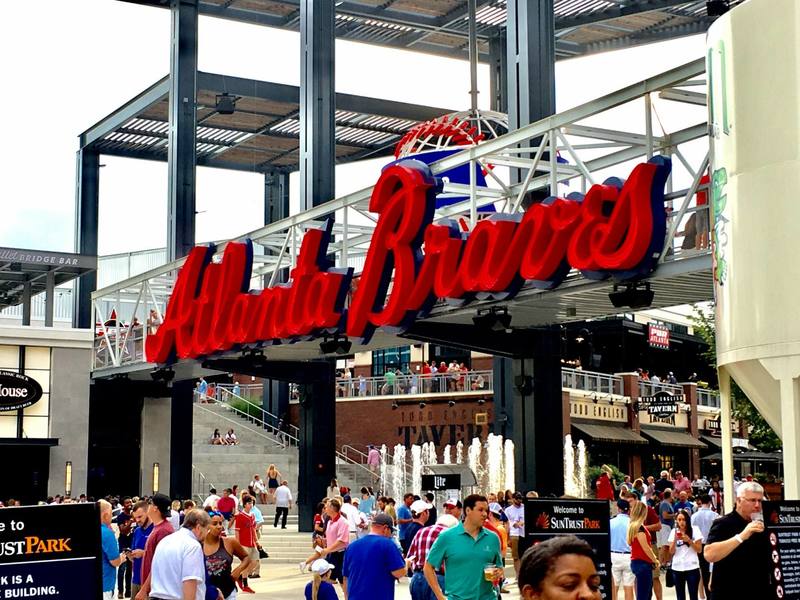 Where to play
Depending on when you arrive and whether or not it’s a particular sport's season, you can do well by visiting either The Battery at SunTrust Park (the Atlanta Braves’ new stadium) or Mercedes-Benz Stadium, which is a great place to catch football of both types — American and soccer. Atlanta United FC has quickly gained a faithful following of fans all around town and beyond after a successful debut season. (It also helps that Atlanta is a global city with an airport that can get you to many destinations in a single flight, and since soccer is such a global sport, you’ll see entire families coming out to matches in a beautiful display of multicultural unity.)

And if you’re more into the kind of games that allow you to participate, there are options all over town. Hit up Joystick Gamebar if you’re near downtown, Argosy’s Brigantine Beer Parlor and Recreation Hall in East Atlanta, Ormsby’s on the Westside, or go bowling, whether you wanna roll fancy in Buckhead at The Painted Pin, or retro in Decatur at The Comet. No matter where you end up, there’ll be great local beer, upscale cocktails and better-than-expected food.

Where to stay
The only time that hospitality thing is diminished is if you’re somewhere on the roads. So we recommend staying in central locations, or areas that offer non-automotive transportation, such as the Atlanta BeltLine and MARTA bus and rail. Just as the neighborhood’s name suggests, Midtown puts you in the middle of all the action, with the easiest routes to get around without as much hassle as you’d experience in Buckhead or anywhere OTP. But however you get around, you’ll feel the hospitality and relaxed attitue without sacrificing the pace and range of possible adventures of a true metropolis. 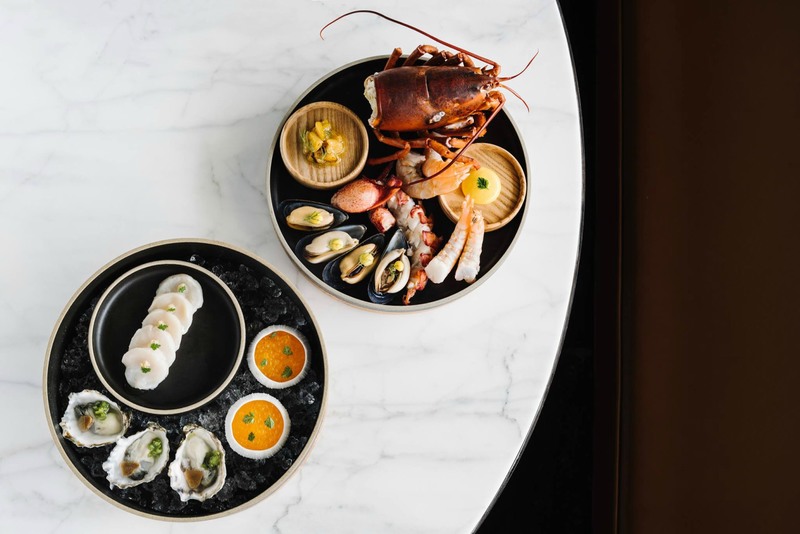 What the locals say
You can certainly visit sites like Eater, Zagat, Thrillist and Yelp for ideas of all the newbie places that have popped up in the last year or so, but Atlanta residents will tell you that some of the best places to dine have been around for decades. Some of the standards include The Colonnade and South City Kitchen.

ATL’s also a brunch town, and although pretty much everyone serves it on weekends, my personal recommendation is The General Muir. You can always count on Folk Art, Apres Diem, West Egg Café, Bread & Butterfly and many, many (many) others. If you’re interested in food that comes in energetic settings, hit Victory Sandwich Bar (any location will do), or 8ARM (don’t miss their tiki bar).

And if you’re looking for the best of the best, here’s the top tier of ATL dining, in my view: Bacchanalia, St. Cecilia, Atlas, Canoe, Chops, Miller Union, The Optimist and Staplehouse. You’re generally safe eating anything here that sounds good to you, but if they take reservations, my advice is to call ahead.

You can always find more in Atlanta with a curious appetite, so feel free to try your own adventure. But whatever you do, try not to fill up on junk food or chains based outside of the city. Atlanta is like one big, unruly supper club and so please, please don't miss out on one of our greatest attributes.

Our 12 all-time favorite restaurants in Savannah

Our 12 all-time favorite restaurants in Savannah