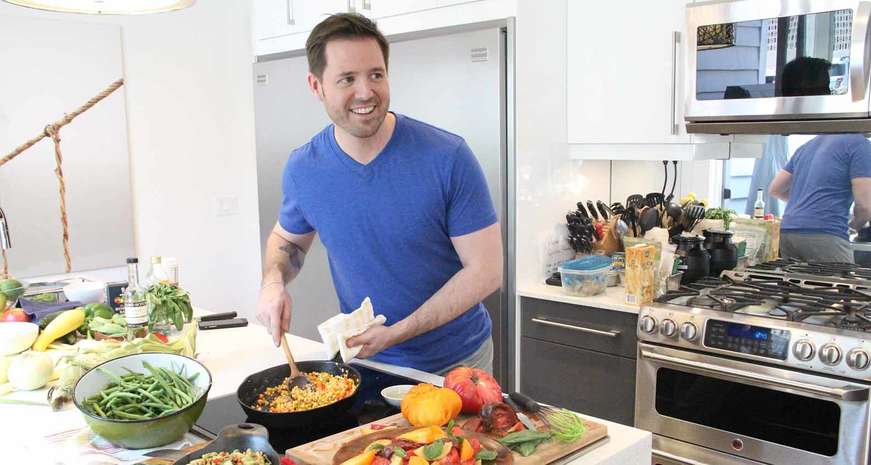 Vegetables are an essential part of Southern cooking. We love our pork, cast-iron biscuits and big-ol' layer cakes. But Southern food is not complete without a bounty of vegetables from the garden, all cooked up and placed for grand display and enjoyment on our dinner tables.

When it comes to Southern vegetables, I know a thing or two. My great-grandfather Mitchell was a Virginia-born Southern Baptist preacher who, when he wasn't saving souls, tended to a large garden and ministered through his tomatoes, peppers, radishes, beans and more. No matter what time of year, we always had something garden-grown on our family table, especially after church on Sunday. 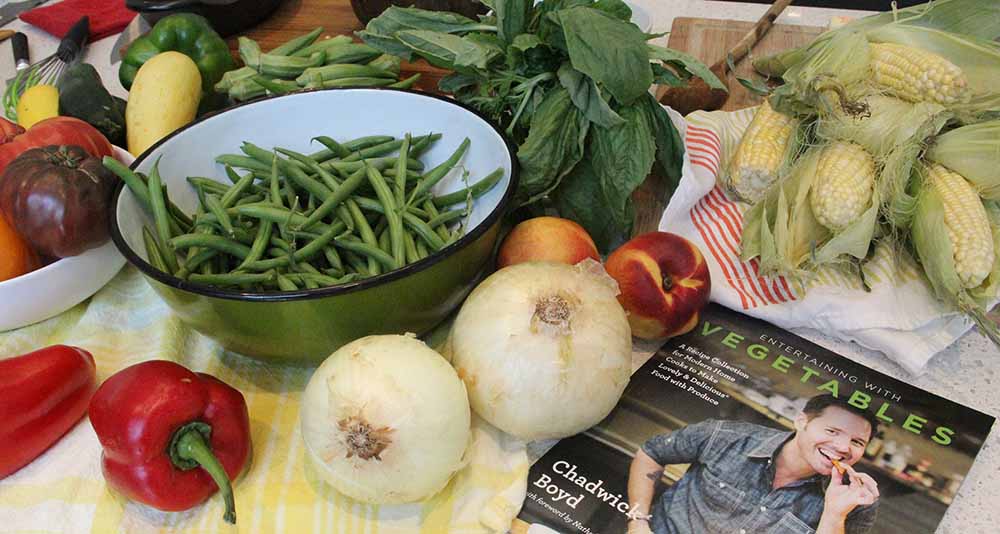 To understand and cook Southern vegetables, the first step is to learn what I call the Southern vegetable ‘canon,’ which is graced with corn, beans, field peas, tomatoes, squash, okra, cucumbers, collards and other greens. Sweet onions, especially Vidalias grown only in Georgia, are part of this blessed core, too.

While Southerners are especially known to grow their own garden just like my "Poppop," farmer’s markets are now so prevalent that finding the canon of garden fresh vegetables grown by local farmers is fairly easy for home cooks. The Market at Pepper Place in Birmingham, Alabama, is one of my favorites. On any given Saturday, tens of thousands of people will gather during the height of the growing season to forage and fight over fresh vegetables.

With the prevalence of Southern cooking across the country, those living outside the Southeastern U.S. are often able to find fresh versions of our beloved regional vegetables at their own farmer’s markets. Even better, supermarkets across the country now regularly stock okra, different field peas and more – much to my delight. I was in Indianapolis not too long ago and found a bag of fresh okra in the produce department, which tickled my Southern soul. 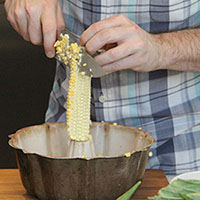 Cooking Southern vegetables is ideal for beginning home cooks and for those wanting to bring Southern flavor to their dinner tables no matter where they live. As a start, I always suggest Skillet Corn, which is fresh corn cut off the cobb and toasted in a cast iron skillet with salted butter until it’s golden and slightly charred. The heat of the cast iron intensifies the natural sweetness of the corn and makes it pop like popcorn, which is when you know the corn is ready.

For a more advanced yet still simple corn dish, my Kernel Corn and Squash Casserole blends tender yellow squash with another Southern staple, fresh cornbread. This recipe was inspired by Blackberry Farm’s chef Cassidee Dabney, who is one of our best chefs here in The South. 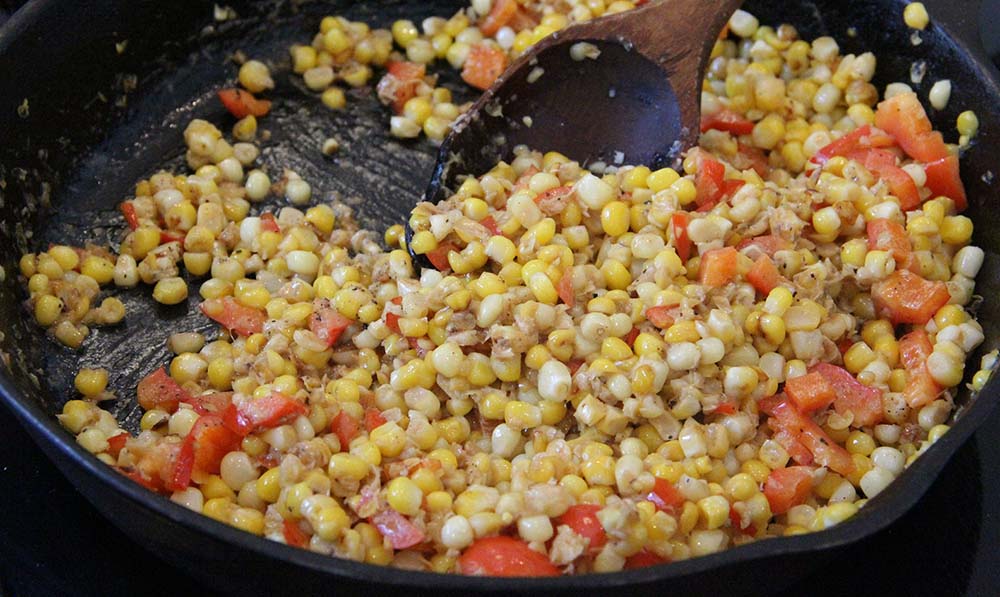 Succotash is another great way to get steeped in cooking Southern vegetables. In its simplest and most basic form, it’s just lima beans and corn, cooked together in a pan with butter, salt and pepper. That’s how my great-grandmother Zella often served it, and she snuck in a pinch of sugar, too. For beginners, succotash is a great way to get the feel for how the two vegetables and their flavors work beautifully together. I like to step things up with my succotash though, mixing in other beans and field peas like butter beans and crowder peas. Juicy, ripe cherry tomatoes and sweet fresh basil at the height of summer make succotash a crowd-pleasing favorite. The amount of creativity is endless once the basic recipe is mastered. 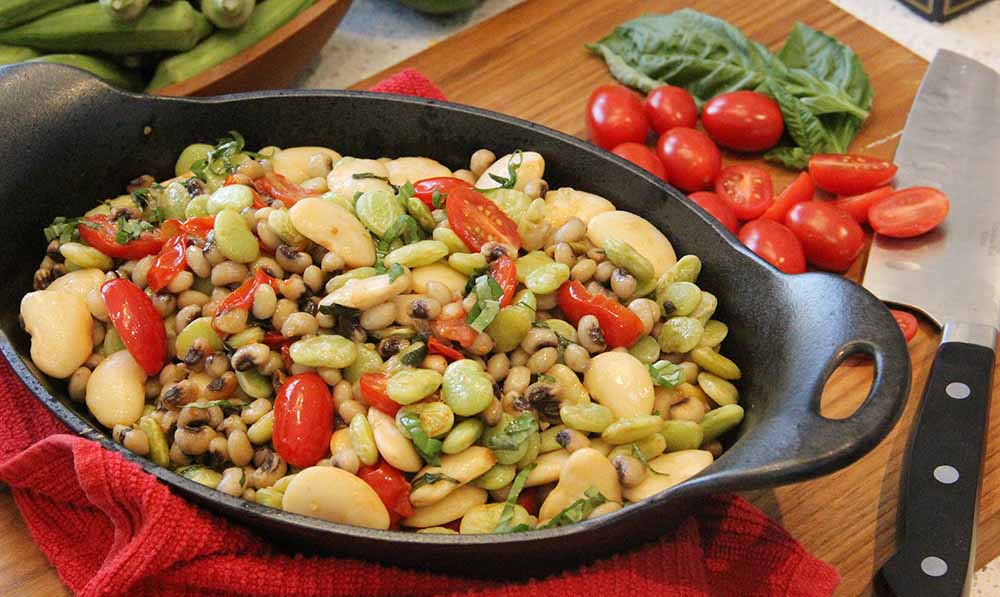 Perhaps, though, the best of Southern vegetables don't require cooking at all. Oftentimes just cutting them up, and letting their natural flavors and juices meld together, creates the best dish on the table. My favorite Southern chef Sara Foster always preaches that we should “keep the integrity of the fresh vegetable there.” 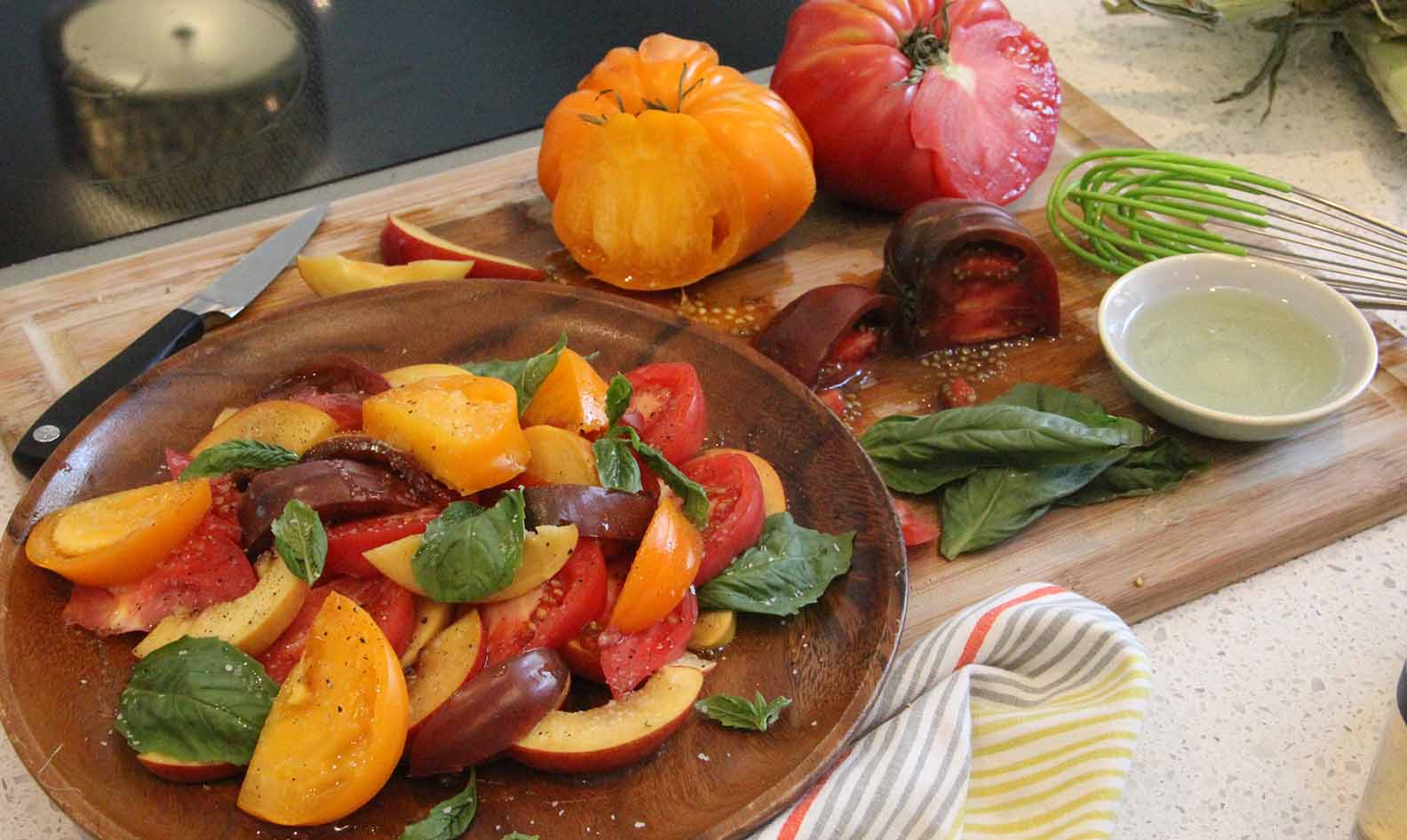 And there is nothing more satisfying and Southern than building a big bowl full of heirloom tomatoes – green, deep purple, orange and black – and mixing in cuts of crispy cucumber along with tangy white vinegar and good, golden olive oil with crunchy salt. That’s for certain a dish my great-grandfather and all of us lovers of Southern vegetables will approve.

Chadwick was nice enough to share two recipes from his cookbook, "Entertaining with Vegetables," with Southern Kitchen. Try his Southern' Succotash and his Cast-Iron Skillet Corn this week, and let us know what you think on Southern Kitchen's Facebook page. 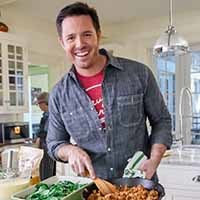 Food and lifestyle expert and TV host Chadwick Boyd is author of the Recipe Collection, “Entertaining with Vegetables.” He is known for showing modern home cooks how to use produce in simple creative ways in the kitchen with style. Chadwick is a James Beard Foundation Journalism judge and helps organize the Southern Food Writing Conference and International Biscuit Festival. He has test kitchens in Atlanta and New York City. For more recipes and information, follow Chadwick on Facebook, Twitter and Instagram @chadwickboyd.