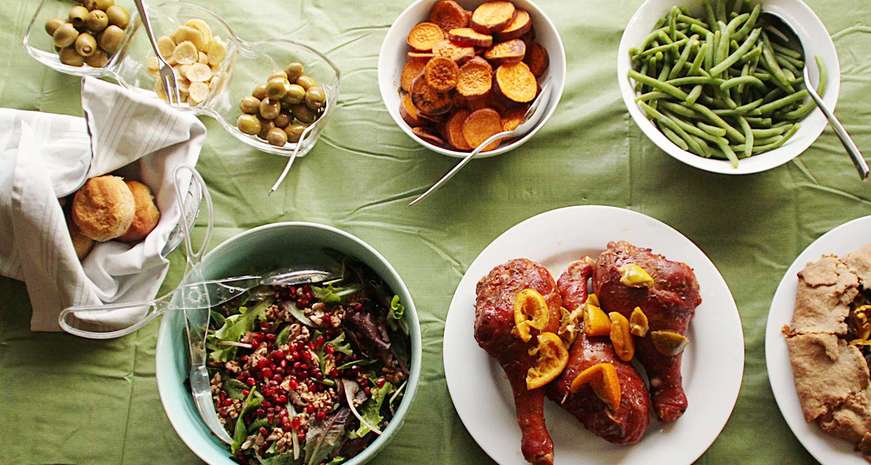 This week, the three radio personalities who make up Atlanta’s B98.5 FM morning show “Tad and Drex in the Mornings” are leading a “STUFF THE TRUCK” food drive, in support of the Atlanta Community Food Bank (ACFB), to provide food-insecure families with Thanksgiving dinner.

The STUFF THE TRUCK event will be held Thursday, November 16, at a Publix grocery location in the Atlanta suburb of Alpharetta. It will take place between 2 and 7 p.m. During the event, the public is encouraged stop by and meet personalities Tad Lemire, Drex Render and Kara Wilson, and to drop off Thanksgiving favorites, including turkeys, potatoes (sweet and otherwise), stuffing, corn and more.

According to B98.5’s event page, they’re hosting this food drive because “Our community faces one of the highest levels of food insecurity in the nation—meaning that our neighbors often struggle to put food on the table, and that their access to nutritious food is limited by a lack of money and other resources. And the need continues to grow.”

As a member of the Cox Media Group family which also includes B98.5, Southern Kitchen supports the STUFF THE TRUCK effort as well. “One of the things I always think about during Thanksgiving, as I look at my family’s spread of food, is how thankful I am that we have that as an option,” said Southern Kitchen General Manager Derick Jaros. “Southern Kitchen was created in part to bring families together around food, and this event will give even more people the opportunity to come together around a better Thanksgiving meal, and future meals, than they otherwise would have.”

Data shows that 16 percent of Georgia’s population is food-insecure and one in every four Georgia children (23%) don’t know where their next meal will come from. Atlanta Community Food Bank helps fight food-insecurity by procuring enough food to provide nearly 59 million meals each year, and distributes it to more than 600 nonprofit partner agencies in 29 metro Atlanta and north Georgia counties, who serve families and individuals.

Jaros advised Atlanta residents who plan on shopping at their local Publix or any other grocery to not only buy what you need, but to also buy items with the intent of giving them to charity  -- e.g. one for you, one for them -- not just what you have leftover in the pantry. He also expressed excitement at the opportunity to do more good in the food community as Southern Kitchen grows.

“I love the fact that Southern Kitchen gets involved and helps promote philanthropic activities, and the holidays are a perfect time for everyone to get involved as places like Publix make it so easy to give. We’re looking forward to the day Southern Kitchen is much larger and can have a massive nationwide impact on causes and events, such as the Atlanta Community Food Bank and Tad & Drex STUFF THE TRUCK.”