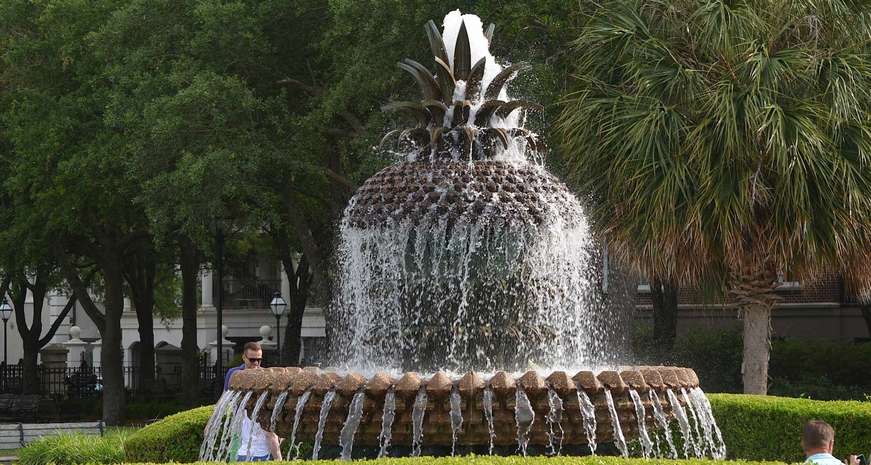 All the best songs from Charleston, all in one playlist

From R&B and blues legends to some of today’s most popular indie bands, Charleston has always been a hotbed of musical talent. Here, 16 songs by artists from the Holy City, plus a few bonus tracks devoted to the greater Palmetto State.

And, as always, we've included a ready-to-play list of each of the songs below so you can sing along as you read.

1. Jump Little Children: “Cathedrals”
These former North Carolina School for the Arts students migrated to the other Carolina post-graduation and were a fixture in the Charleston music scene during the mid 1990s and early 2000s. They recently reunited after a decade-long hiatus.

2. Louis Armstrong and Ella Fitzgerald: “Summertime”
A classic from the popular George Gershwin opera Porgy and Bess, which is set in Charleston.

4. Band of Horses: “The Funeral”
Speaking of Band of Horses, the former Seattle based rockers now call the Low Country home. This track was the band’s first ever single.

5. Chubby Checker: “The Twist”
This South Carolina native and R&B singer started a dance craze with this 1960 hit.

6. Darius Rucker: “Wagon Wheel”
This cover of the catchy Bob Dylan/Ketch Secor-penned tune scored the former Hootie & The Blowfish frontman and Charleston native a number one single in 2013.

8. The Drifters: “Under the Boardwalk”
A beach music classic that evokes summers on the Carolina coast and provides the perfect soundtrack for the state’s official dance: the shag.

9. Josh Turner: “South Carolina Low Country”
Born and raised up the road from Charleston in Hannah, SC, this country singer included an ode to his favorite part of the state on his 2007 album Everything is Fine.

10. Tennis: “South Carolina”
While this husband and wife duo hails from Colorado, they found a hit with this 2010 tune about the Palmetto State.

11. General Johnson & The Chairmen of the Board: “Carolina Girls”
This Carolina girl is fond of this track’s message — Carolina girls are indeed the best in the world.

12. Corey Smith: “Carolina”
This Georgia boy penned a nostalgic tune about a romantic Charleston getaway, complete with “carriage rides on the Battery” and “stumbling home on the cobblestones.”

13. The Racoonteurs: “Carolina Drama”
A semi-rocking, mostly creepy murder ballad as only co-writer and singer Jack White can deliver.

16. Yeehaw Junction Bluegrass Band: “Ridin’ That Midnight Train”
A cover of a classic from the Charleston-based bluegrass band’s debut album, High on the Hog.

How to Eat and Drink in Greenville, S.C.

How to Eat and Drink in Greenville, S.C.