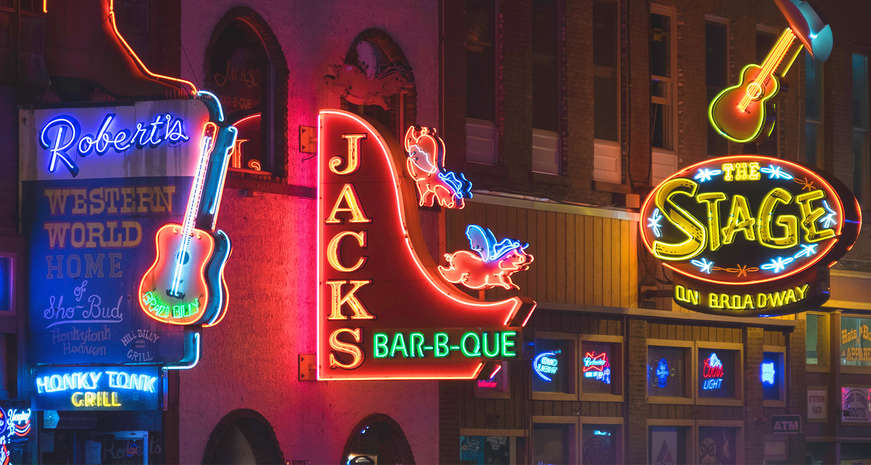 Add these 15 songs to your Nashville party playlist

Nashville runs on music. How else could a city earn the nickname “Music City, U.S.A.?” Whether you live in Tennessee or just wish you did, this playlist is the perfect way to make guests feel like they’re on the streets of Nashvegas. These 15 tracks include both vintage gems and obscure modern cuts, like a tour of the town itself. Make your next gathering as colorful and warm as stroll down Music Row.

Merlene Webber covers a classic country hit in that rocksteady reggae way. Warm up your party people with this slow and easy anthem first made famous by Tammy Wynette.

It wouldn’t be a true Nashville playlist without a slot occupied by 2010’s Grammy Record of the Year winners, Kings of Leon. Brothers Caleb and Nathan Followill make a strong case for claiming a seat at America’s rock table with this twangy, booming number.

Critically revered but lesser known, Josh Rouse is a pop-folk singer-songwriter whose jaunty tunes give that good kind of buzz. Take a cue from 2005’s Nashville album and let this pedal- steeled, playful track get your festive evening headed in the right direction.

Waylon. Willie. Patsy. What’s there to say about a country music deity that hasn’t been said? Patsy Cline, the foremother of the female country music movement, made emo before it was called such. “Walkin’ After Midnight” boasts strong pop sensibilities with lyrical delivery that borders on weeping. Although a sad cut, its powers to summon nostalgia can unite a mixed crowd. 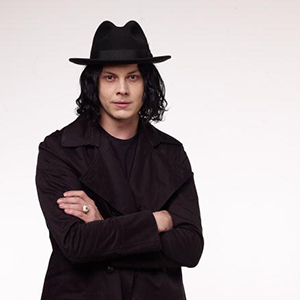 Jack White hails from Detroit, Michigan but now calls Nashville his home. And like the city itself, White has had many different incarnations — from the White Stripes to the Raconteurs to the Dead Weather to his solo career. Highlight White’s inner cowboy with this Hank Williams cover; perfect for any party needing some country magic.

You may know Brenda Lee best for rocking around a certain tree, but she is also one of the most prolific women of the Nashville scene. A prodigy at 6, Lee has since ranged from pop to rockabilly and eventually became the recipient of a Grammy Lifetime Achievement Award. This 1960s tune is perfect for sashayin’ around the living room.

You troublemaker, Ryan Adams, how dare you? But really, we know Tennessee does not suck and neither does this track. It’s a lighthearted way to bring it down so you can take it back up.

This track from the 1996’s I Feel Alright is about as straightforward a feel-good, get-the-night-going as a party jam gets. Fearless polymath Steve Earle is almost as well known for his outspokenness as his discography, but the charm in this Southern country number is undeniable.

Be Your Own Pet sounds like the high school band you wish you’d started. An early 2000s buzz band and the origin of successful offshoots Turbo Fruits and JEFF the Brotherhood, BYOP can give your a party a shot of youthful exuberance with this track about a friendship gone sour.

Like long vowels and fried fare, no Southern gathering is complete without the Man in Black. A little bit raucous, a little bit chill, “I Walk the Line” is a quintessential song for keeping the party train on track.

Keep moods and energies high by cranking the garage rock with Nashville’s The Pink Spiders. These Spiders demonstrate what happens when Southern boys go punk.

Take a breath, grab a drink and set yourself free to ride the melodic folk-rock wave from The Apache Relay. This quartet’s warm harmonies will get the hands clapping and feet stomping.

Turbo Fruits formed when Be Your Own Pet’s guitarist/vocalist Jonas Stein branched off after BYOP folded in 2009. Three albums later, Turbo Fruits delivered No Control in 2015 replete with this catchy pop track. Bet your friends ask for several more from these talented gents.

It can’t all be country and pop. A little electric folk to mixes things up. Formerly stationed in Wisconsin and making decidedly rock music, these college friends now reside in Nashville and showcase a gentler, wistful side. With the night waning, send your soiree into the clouds with this dreamy, ethereal number.

15. Kenny Rogers and Dolly Parton — “Islands in the Stream”

When The Gambler Kenny Rogers and honky-tonk queen Dolly Parton join forces, it’s always cause for celebration. Their rich vocals and richer coiffure combined make this 1983 duet timeless. Go out strong with this track and send your guests home feeling like they’re still floating.

Who to invite to your next dinner party

Who to invite to your next dinner party