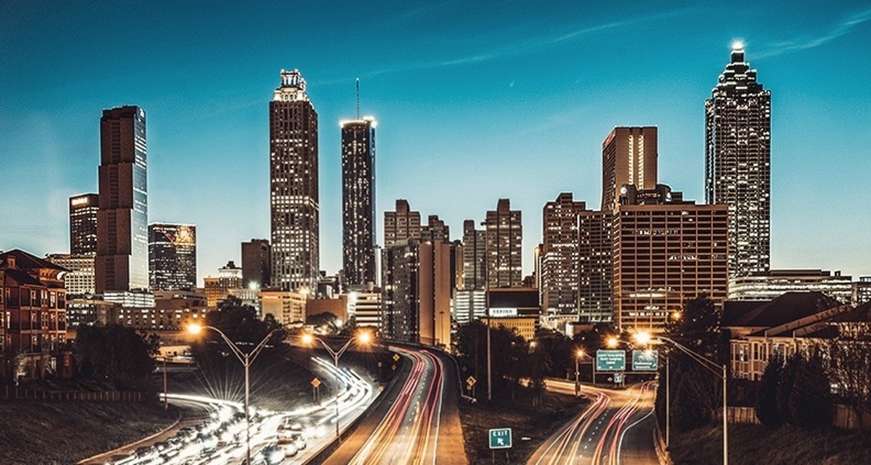 Add these 15 songs to your Atlanta party playlist

Although some of Atlanta's most famous audio exports are hip-hop, the city has inspired and played home to to a slew of artists spanning pop, jazz, country, folk and more. There are a few well-known super stars shouting out the city on tape, but artists of all levels of fame have resided in the ATL over the years. Consider these 15 songs with Atlanta ties to soundtrack your next get-together, whether it’s a rollicking house party, a dinner affair or a party of one.

Quick electric guitar licks and intermittent high hat are an immediate draw on this number from the constantly evolving Gringo Star. The rock-’n’-roll five-piece experiments with different vocal effects throughout its catalog, and here the band varies between a Tame Impala-esque drone on the verses and an ambling melody on the chorus.

Micah Dalton is no stranger to the stage, often leading the ensemble Dwayne Shivers or banding together with fellow Atlanta music makers in the ATL Collective. “More Than The Magic” is an older track, but its big brass and old-school influences make it a danceable moment on upbeat party playlists and smooth listening for laid-back soirées.

Singer-songwriter Ryan Horne shows off a penchant for starting trouble in the rock-heavy “Hell To Pay.” Menacing fiddle, howling high notes and an up-tempo chorus give this number the vibe of an old Western movie and just enough of a bite to be a bad influence.

From Ludacris to T.I., there are plenty of well-known rappers coming out of Atlanta. But while fans of the genre could fill more than a single evening with noteworthy tracks, OutKast's accessible catalog will convert even the staunchest hip-hop holdouts. Truthfully, the ultimate Atlanta party playlist is just the entire Outkast catalog on loop. From the catchy back-beat to the melodic chorus and sharp lyrical wit, “I Like the Way You Move” is the OutKast song that even the wallflowers won’t be able to resist.

From opening “oohs” to earworm riffs and bouncing, airy vocals, the quick-tempo “More Like Jason” would make a ripe soundtrack for the end of the work week even if you paid no mind to the lyrics themselves. But the song’s ironic plays on workday woes elevate it into an anthem for shedding 9-to-5 struggles and embracing the weekend with nimble keys and bright violin.

Bains and his barn-burning rock band may loudly claim Bains’ home state Alabama, but the frontman calls Atlanta home, too — so much that every loud-as-hell show in the city feels like a glorified homecoming. “Dirt Track” is a song about doing things simply because you enjoy them, or as Bains shouts in the verses, “singing for the sake of the song.”

Sister duo Larkin Poe cite country, blues and classic Southern artists as influences in their work, but “Trouble in Mind” is definitely the rock side of their roots-rock sound. The duo shines on the rock-’n-roll anthem for sweet Georgia peaches gone bad. Queue up this song when you’re ready to turn up the volume.

One of Atlanta’s best party bands, Ruby Velle & the Soulphonics channel Motown on vintage covers and fresh original tunes alike. Ripe for your next girls’ night out (or in), Velle shows off her big vocals and big personality with power notes and poetic jabs on this catchy single about a not-so-right romance.

9. The Howling Tongues — “Raw Power in a Red Dress”

“Raw Power in a Red Dress” is a prime example of the roaring energy five-piece rock band The Howling Tongues bring to every show. The band’s classic rock influences are obvious in the blaring guitar amps and booming percussion on this track, and listeners shouldn’t be surprised when they suddenly have the impulse to bound around the room on every frenetic note.

Blackberry Smoke has long taken pride in their ability to do it all themselves, whether it’s bucking country trends by basing their down-home rock back in Atlanta or by-passing country radio to find a raucous fan base on the road. Revel in low-brow goodness with this ode to six packs, Lucky Strikes and all-night partying from these Southern rockers.

Gentleman Jesse may be a an Atlanta guy, but “You’ve Got the Wrong Man” blends Beach Boys’ bounce with dirtier guitar licks. This ambling lo-fi tune screams for windows-down drives and out-of-hand house parties.

Atlanta folk sextet Quiet Hounds makes good on at least half of their name, generally wearing dog masks when they get together onstage to perform. The whole “quiet” part is less accurate. Boasting buoyant tambourines, forceful strums and plenty of sung-along “oohs,” this single is guaranteed to keep listeners grinning late into the night.

Yeah, Elton John lives in Atlanta — when he’s in the States, at least. Not that you needed an excuse to slip this karaoke classic onto your playlist just late enough into the evening to catch your guests with their guards down. Belt away, tiny dancers. It’s all happening.

The quintessential Atlanta garage rock band, Black Lips’ “Bad Kids” is the kind of grimy, easy-singing melody you’d swear you know from somewhere — even if you’re tuning in for the first time. It doesn’t take much to sing along, either, so save this number for mumbling the lyrics and stumbling home at the end of the night.

Never underestimate the soothing sounds of a soul classic. In case you can’t tell by the destination in this 1973 number, the Empress of Soul called Atlanta home. Whether you’re stepping out for post-party grub (Knight has a late-night chicken and waffles restaurant in the city) or sipping a neat bourbon on the couch before clean-up, this the song for winding down after the last guest has left.

15 songs for your Nashville party playlist

15 songs for your Nashville party playlist