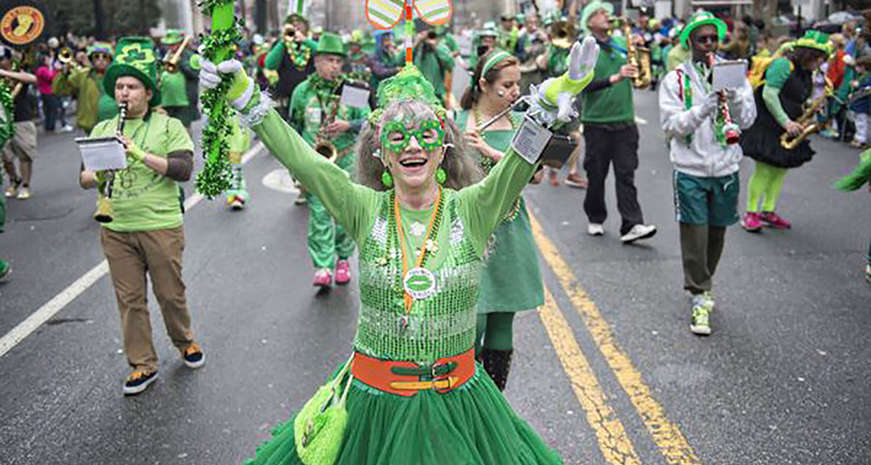 St. Patrick's Day is a massive affair in big cities such as New York, Chicago and Boston, but down South, we're never ones to miss out on a good opportunity to throw a party. Check out some of the best places to celebrate St. Patrick's Day near you.

As evident from the abundance of shamrocks, leprechauns and over all dousing of green everywhere, St. Patrick's Day is just around the corner. It's one of those holidays that seems to bring everyone together — Irish Catholic or not — in order to celebrate the patron saint of Ireland.

The holiday was originally celebrated as the Feast of St. Patrick, a religious holiday observing the day that Christianity arrived on the shores of Ireland. Today, it's more often a day for people to celebrate their heritage and, if we're being completely honest, have a little too much (green) beer.

Here's where we do it down South. 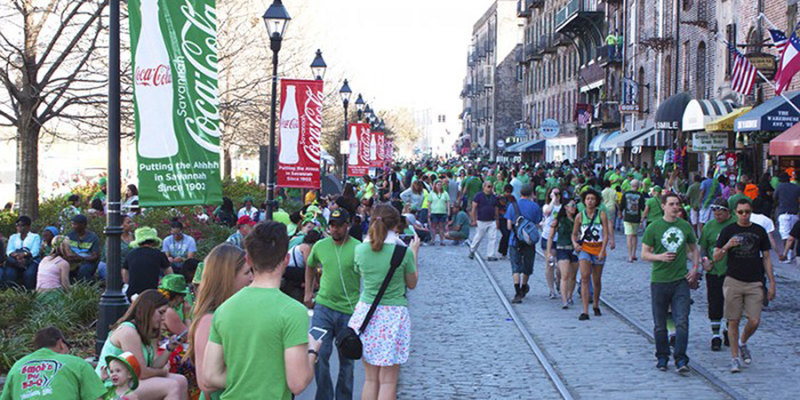 Savannah
Savannah boasts the third largest St. Patrick's Day celebration in the world. For three full glorious days, the city transforms from sleepy romance to full on party town. Fountains spout green water, Irish dancers put on shows, ambitious party goers take part in a 5K race, and there, of course, plenty of bar crawls. Visitors come streaming in just to take part in the festivities. If you're in the mood for a full-on St. Patrick's Day experience, Savannah is probably your best bet.

Houston
Everything is bigger in Texas, including the massive St. Patrick's Day parade that takes place every year in Houston. The two-hour celebration is completely free and family friendly. There is also live music and a massive Irish stew cook-off in case you happen to be hungry.

New Orleans
If you think a city with an Irish Channel wouldn't go all out for St. Patrick's Day, you're mistaken. During the celebration, the Irish Channel transforms into a sea of green. There is music, dancing and, of course, a parade — this is New Orleans after all. Additionally, two of the city's most beloved po'boy institutions — Tracy's and Parasol's, serve up roast beef po'boys all day long.

Atlanta
On March 16, Atlanta will host its 137th St. Patrick's Day parade. Think bagpipes, floats and dancing. This annual event is widely attended and has live music, beer and food.

Memphis
The iconic Beale Street was practically made just for this sort of holiday with its strong Irish culture. On St. Patrick's Day expect to see a lively parade and a pub crawl down "America's most iconic street." This jam-packed day has something for everyone, so if you're in Western Tennessee, make your way to Memphis, stat.