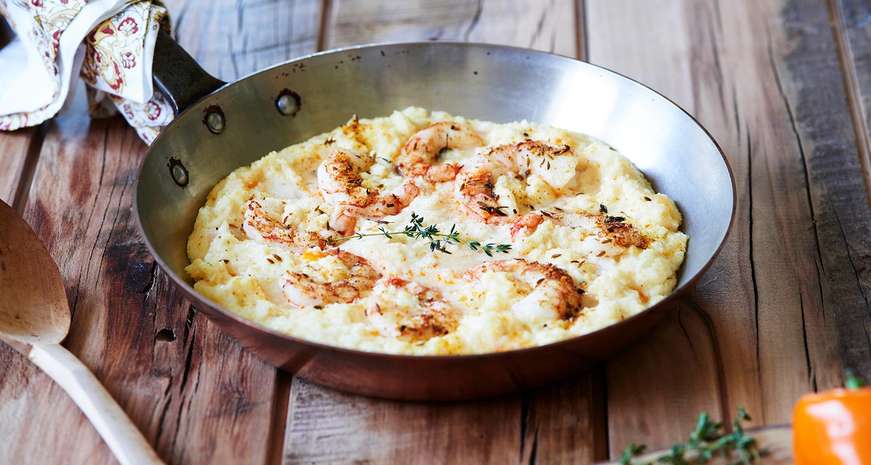 In this edition of Anne Byrn's Taste of a Place column, the bestselling author gets down to the nitty-gritty of one of the South's favorite dishes, and shares a quick, easy recipe with three secrets for perfect preparation.

You don't have to be from the Low Country to be in love with shrimp and grits.

Just like me, you could have been born and raised in the middle of Tennessee, where the Gulf or Atlantic coastlines weren't anywhere close and local shrimp weren't available. And yet, once you taste something as delectable as shrimp and grits, you yearn to create it in your own kitchen.

In fact, I place shrimp and grits right up there with other deeply Southern favorites like chess pie and cornbread. Maybe it's the lack of onions and peppers and garlic in the cuisine of my hometown. I gravitate toward spicy. And colorful. And seafood. That adds up to shrimp and grits.

Rooted in the low country, where local shrimp and stone-ground grits are staples, shrimp and grits has been served in the home for breakfast and light suppers long before it was on every restaurant brunch menu. 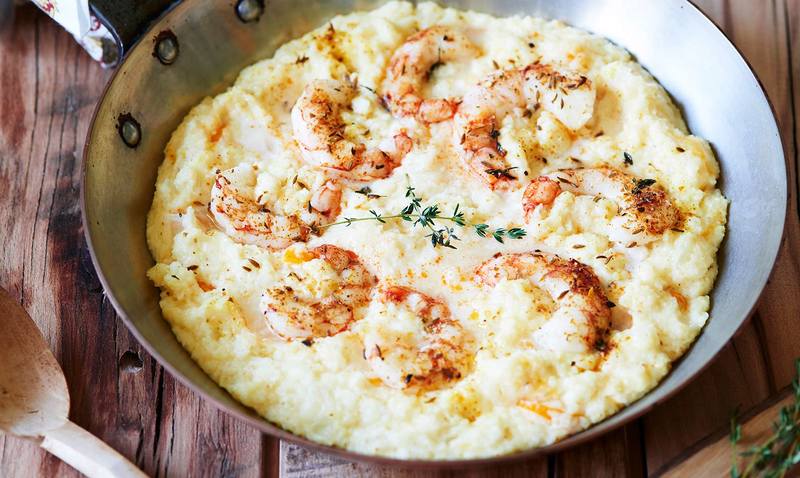 My Meager Shrimp and Grits History
When my older daughter turned 18 she requested shrimp and grits for her birthday party, and invited about 12 friends. I was happy to cook up a batch of sauteed shrimp with peppers and onions, and spoon them atop cheese grits. I served it with a big Caesar salad and birthday cake. It was a perfect party menu — simple, showy and fun.

Nearly 10 years later that same daughter would marry a South Carolina guy, whose family takes shrimp and grits very seriously. Their shrimp are caught locally, not purchased at the grocery store or Costco. They make sure the grits are stone-ground. It is a recipe anchored in simple, quality ingredients. Let's just say I have yet to serve the family my party shrimp over cheese grits.

But in the last six months I came across a recipe (actually more like a method) for cooking shrimp and grits that could turn the head of even the most particular shrimp and grits fan. There are just so many ways to prepare shrimp and grits — possibly as many as roasting a chicken.

You can add sliced mushrooms or use green onions and not white, or vary the cheese in the grits. One popular restaurant recipe uses a combination of goat cheese and Parmesan. It's interesting and fun! And all of these variations and experimentations are possible with a new method of cooking shrimp and grits that I share today.

It's really about the method, shared by Ginger Molldrem of Sevierville, Tenn. Learn it, and a few secrets, and you are ready to challenge even the most skilled shrimp-and-grits-makers. 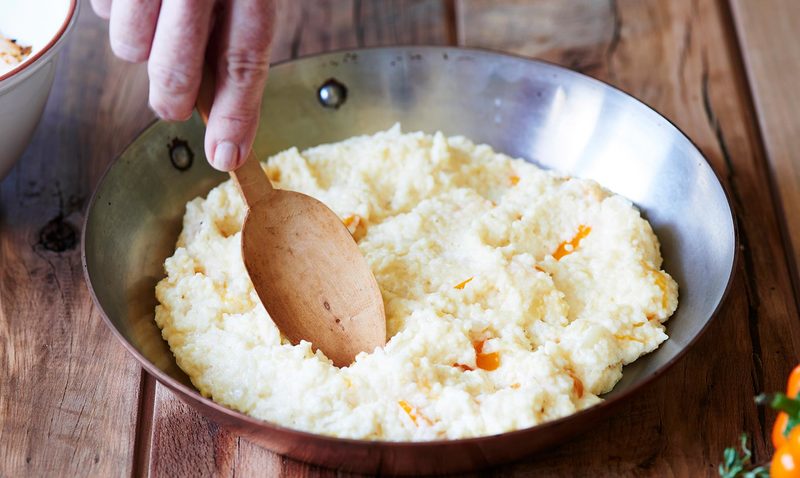 Some Secrets Behind Great Shrimp and Grits
I think there are three secrets, and I'm sharing all of them with you today. The first is to use really fresh and preferably local shrimp. But if you cannot find local shrimp, then do the next-best thing and buy frozen Argentinian Red Shrimp from Trader Joe's. Thaw them and use in the recipe. They are sweet and more lobster-like in flavor than most shrimp.

Secondly, don't overcook those shrimp. With the method I share today, you cannot overcook them because they are nestled raw right in the grits and baked to doneness.

And lastly, use stone-ground grits. They have more texture and more corn flavor, and they make a huge difference. I prefer the white grits, but yellow is fine, too. If you cannot find them locally, look for mail-order sources such as The Old Mill in Pigeon Forge.

That is it! Not only is this one-pan meal a breeze to assemble, but it's delicious. In classical cooking language you are poaching the shrimp and keeping them tender, and letting their cooking juices mingle with the grits. It's a match made in heaven. And it's the way this Tennessee girl can turn a coastal Carolina recipe into her own. Enjoy! 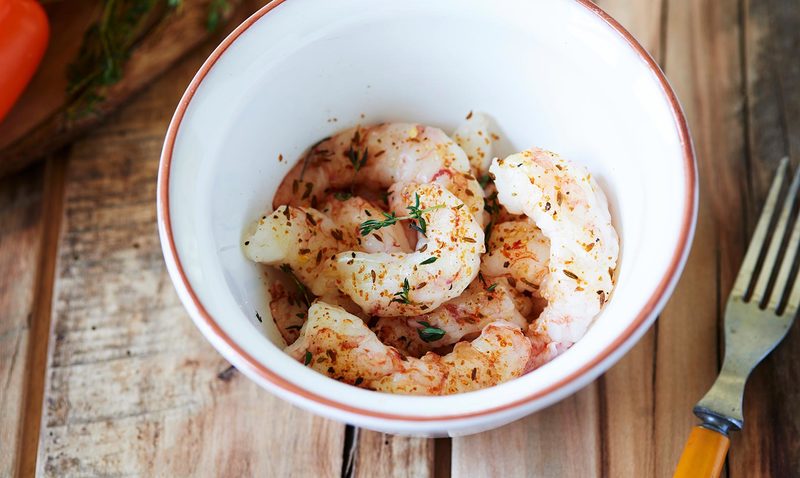 Instructions
Heat the oven to 375 degrees.

In a medium bowl, combine the shrimp, olive oil, garlic and cayenne. Season with salt and pepper, and toss to evenly coat the shrimp with the spice mixture.

In a large oven-proof skillet, melt the butter over medium heat. Add the onion and pepper and cook, stirring frequently, until softened, 5 to 7 minutes. Stir in the water, cream and hot sauce, increase the heat, and bring to a boil. Reduce the heat to low and whisk in the grits. Cook, stirring frequently, until the grits have thickened, about 5 minutes.

Remove from the heat and stir in the cheddar and Parmesan until melted. Arrange the shrimp in the middle of the grits mixture, pushing them down into the grits. Bake until the shrimp have just cooked through, 8 to 10 minutes. Serve warm.