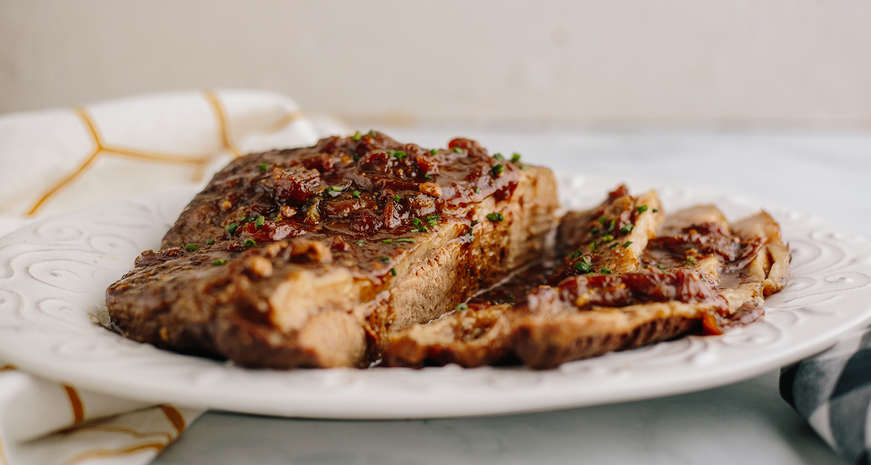 You'll love these 7 mouthwatering Southern recipes made with Coca-Cola

It's surprisingly easy for Coca-Cola to be used in both sweet and savory Southern recipes. The soda pairs perfectly with all kinds of dishes that complement its bittersweet, slightly acidic flavors. Read along for a few of our favorites — try them as soon as you can get yourself to the nearest store a pick up a bottle.

Lauded by SNL’s fictitious Atlanta resident Buford Calloway as “sweet Dixie Champagne,” Coca-Cola is more than just a tasty Southern beverage. It is the world’s most famous brand, with syrupy and effervescent qualities that lend themselves to a wide variety of culinary applications, such as the recipes below.

But before you get cooking, we suggest seeking out I suggest Mexican Coke. Its sweetness comes from cane sugar, rather than high fructose corn syrup, making it closer to the Coca-Cola flavor of your childhood, no matter what region you’re from.

Coca-Cola Braised Beef Brisket
This Southern-inspired brisket recipe is perfect for for the holidays or any other time you need some slow-cooked comfort fare. Indeed, brisket is a cut of beef that’s meant to be cooked low and slow, and by doing that in a bath of Coca-Cola, you'll be pairing the salty-savory meat against the sweetness of the Coke, vinegar and sweet onions. Pro-tip: If you want a richer sauce, remove the brisket once cooked and reduce braising liquid until thickened to your liking.
Get the recipe 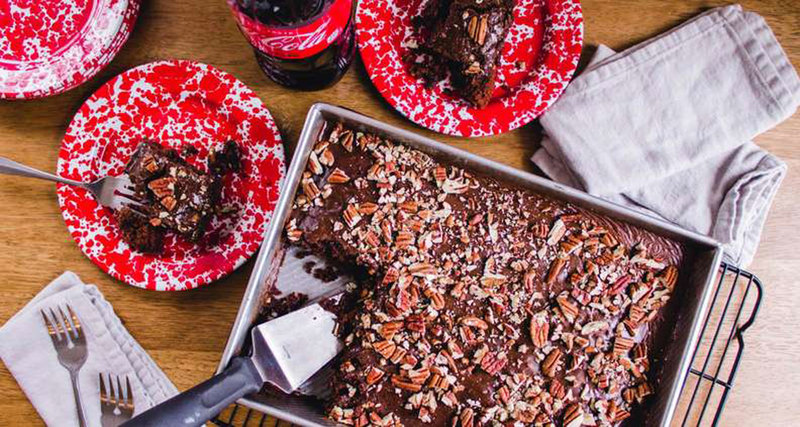 Coca-Cola Cake
In addition to harnessing the sweetness of Coca-Cola, we can also capitalize on the carbonation, particularly in baked goods. A true wonder of the Southern pantry, this chocolate Coca-Cola cake combines the soda with the gentle acidity of buttermilk to activate the leavening power of baking soda. When mixed with the butter (please don’t use margarine), oil, and marshmallows, the result is a soft, moist, and fluffy chocolate cake. I also love how the recipe doubles down on the Coca-Cola in the frosting; however, don’t feel limited to use this icing. A simple chocolate or caramel ganache, or even a schmear of chocolate mousse would all be fantastic frostings for this delicious cake.
Get the recipe

Coca-Cola Glazed Wings
Balance is the name of the game with these sweet and savory chicken wings. Here, the Coca-Cola is reduced to a syrupy glaze, but the additions of fresh lime juice and jalapeño peppers bring spice and bright acidity to the party. With all the sweetness from the brown sugar and Coca-Cola, be sure to add more salt than you think you need, or better yet, add a half cup of soy sauce to the mixture before heating. Be sure to closely monitor the glaze as it reduces. If the sugar becomes overly caramelized and concentrated, the final product will either be too thick to glaze the wings, or bitter from that burnt sugar flavor. Just enough viscosity to lightly coat the back of a spoon will be perfect for nicely glazed chicken wings. To further brighten the finished sauce, add either the juice of one lime or two tablespoons of apple cider vinegar.
Get the recipe 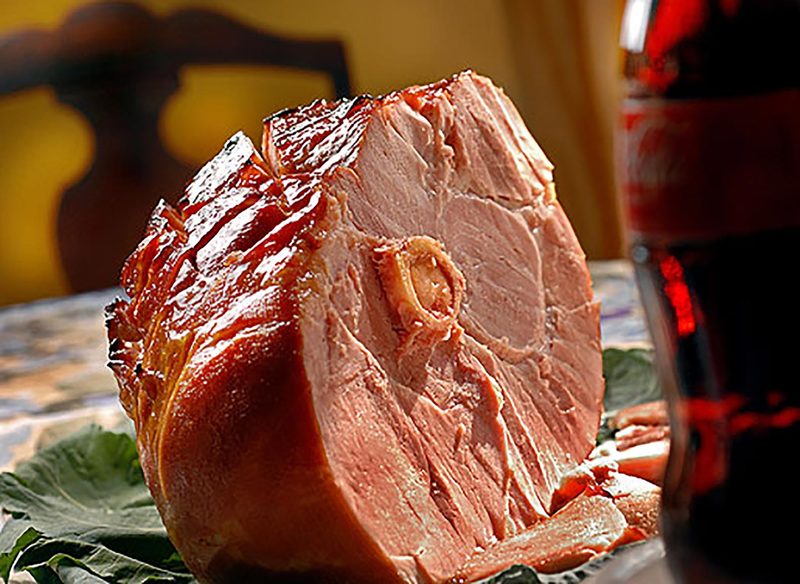 Coca-Cola Glazed Ham
In this recipe, the Coca-Cola works not only as part of the glaze, but also as the basting liquid for the salty ham. I would agree with Virginia Willis’ preference for Dijon mustard (or even Creole mustard) over yellow ballpark mustard: the flavors and just seem to meld more seamlessly. Once the ham has finished cooking, I like the idea of taking the juices from the pan and reducing them in a pot until a light glaze has formed. Your finished dish will have just a touch more finesse than simply serving the straight basting liquid, though the latter is never a bad option. While you can always serve the ham as a centerpiece, those who prepare this ham for the sole purpose of sandwiches are truly the angels among us.
Get the recipe 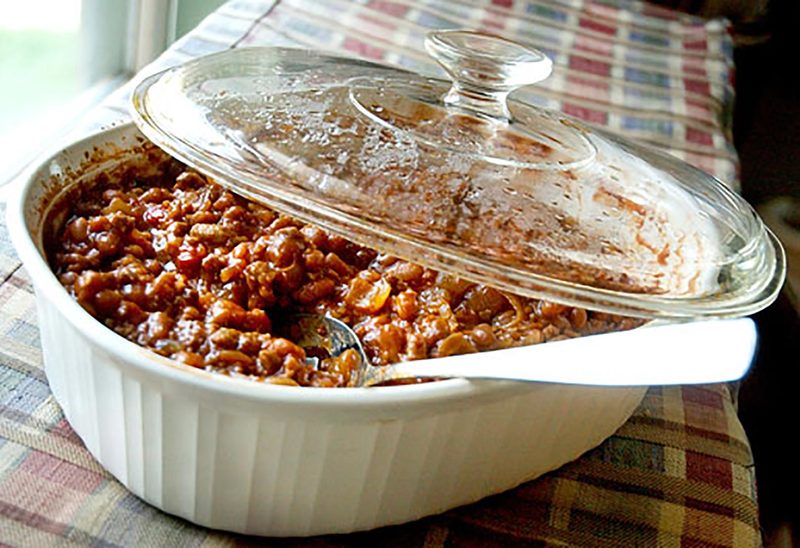 Bourbon and Coke Baked Beans
Baked beans normally start gracing tables as the cooler weather turns decidedly hot but honestly, they're great any time of year. Your guests may not be able to identify the "secret ingredients" in these baked beans, but they'll love to learn that bourbon and Coca-Cola are in there. Turn it into a main course by serving with cornbread.
Get the recipe 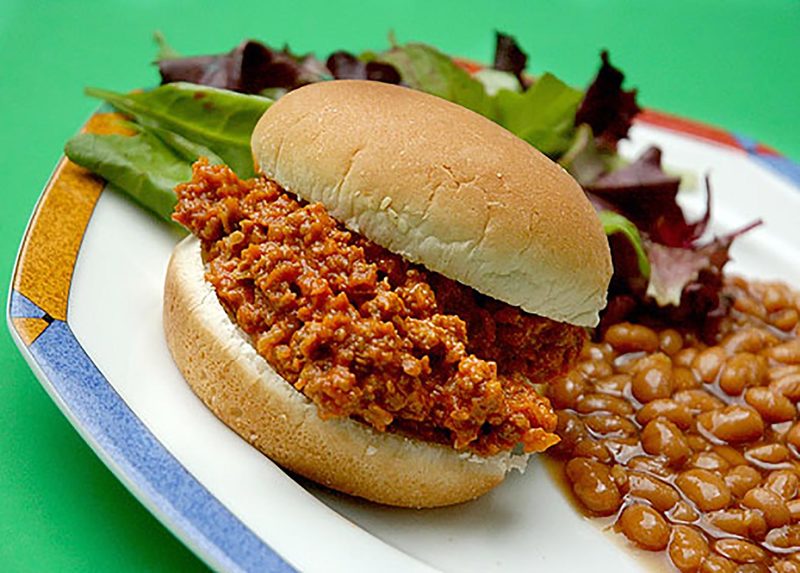 Coca-Cola Sloppy Joes
A good ol' can of Coke sure comes in handy when you're trying to figure out what to do with a package of ground beef on a weeknight. With the flick of a pop top, it adds a caramel sweetness and peppery spice to a sloppy Joe mixture that also contains ground beef or turkey, onion and barbecue sauce. Not spicy enough for your taste? Shake in some hot sauce. Round out the meal with coleslaw — either from the deli or homemade. Serve it on the side or, like we did, inside the bun with the meat mixture. We don't call them sloppy for nothin.'
Get the recipe 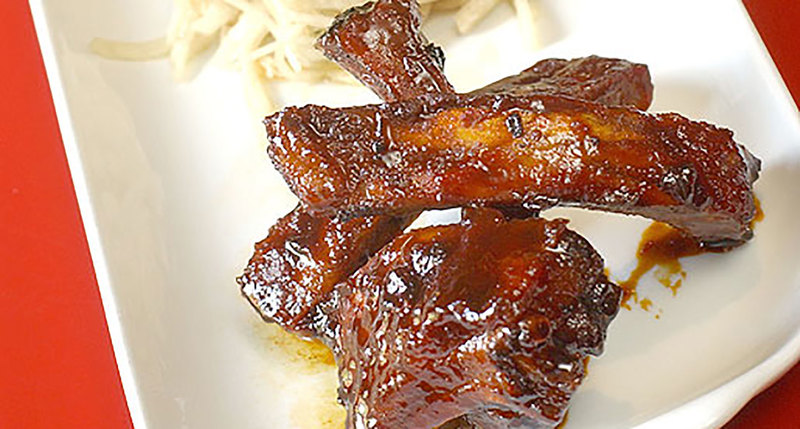 Coca Cola-Glazed Baby Back Ribs
There is almost nothing better in this world than barbecue pork ribs. Not only is this cut of meat generally affordable, but it is also packed with flavor. While there are numerous ways different Southern cities like to prepare they're baby backs, we're partial to this recipe, which calls for a sweet glaze made in part by activating the sugars in Coca-Cola. This recipe also calls for a nice helping of pimenton picante which is a hot Hungarian paprika. It can be found at farmers markets and other specialty markets.
Get the recipe