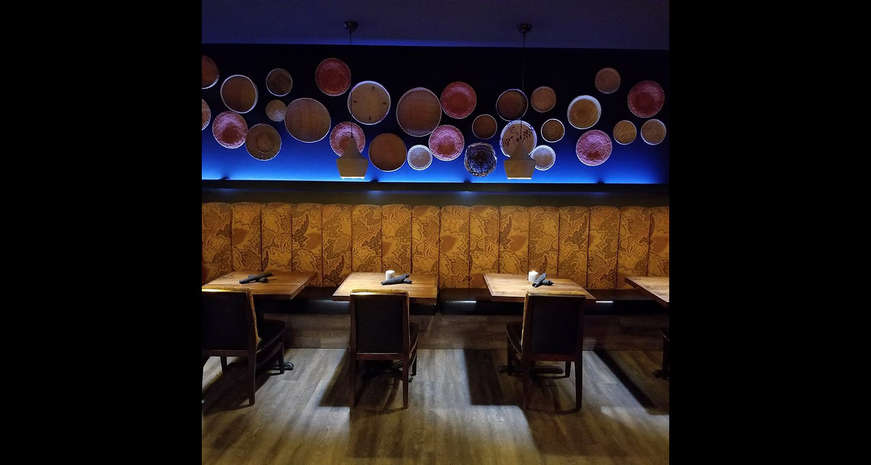 Atlanta is a melting pot of cultures when it comes to the food scene, and African-American influenced dishes are some of the top options served up to foodies across the city. The Atlanta-Journal Constitution put together a list of the best black-owned restaurants in Atlanta.

From soul food to dishes inspired by the Caribbean, the black food scene is bursting with new options to try.

Here are the 13 black-owned restaurants in Atlanta you should put on your must-visit list. 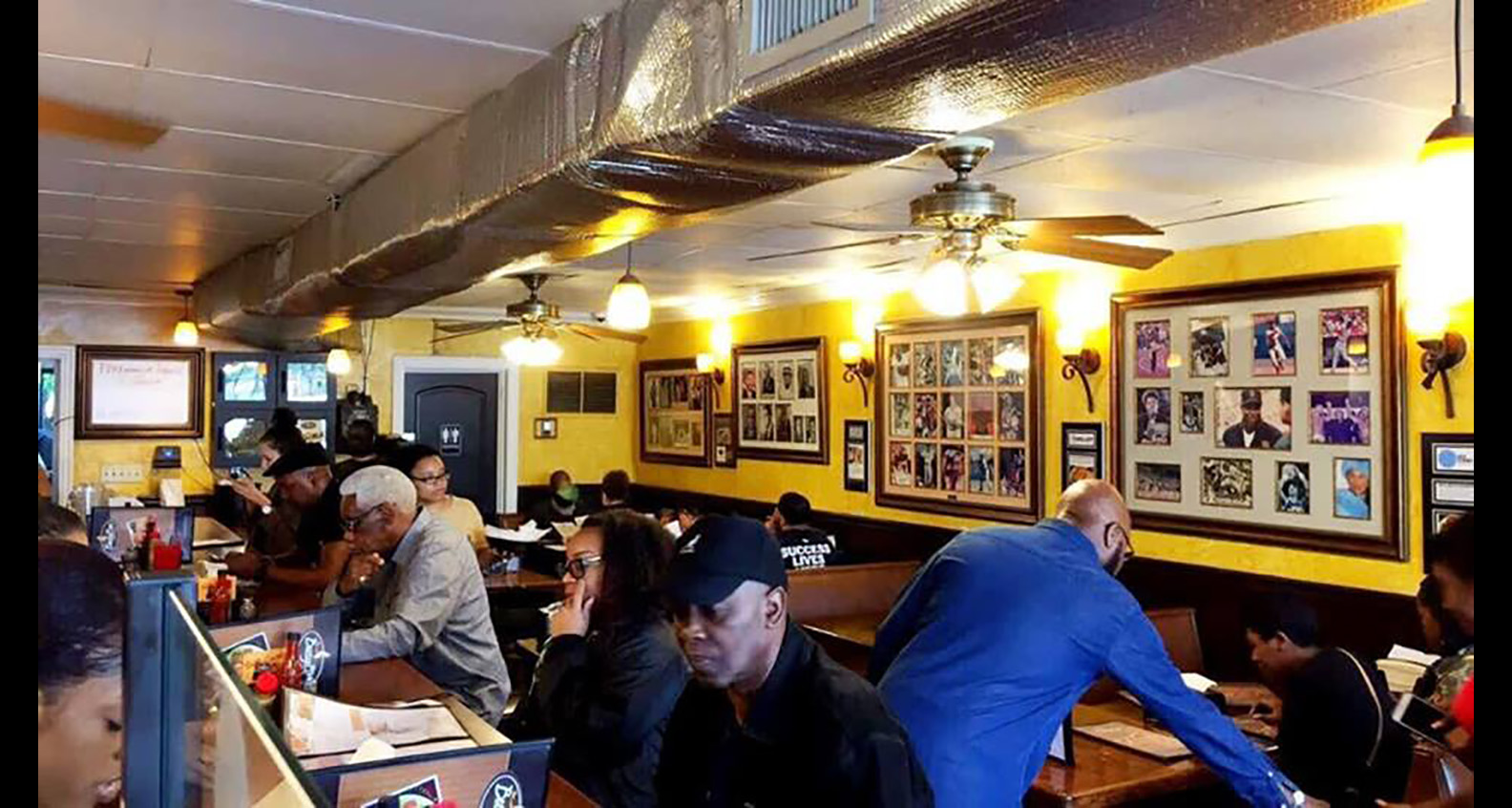 Tracy Gates named her restaurant, Busy Bee Café, after she was inspired by a sign with a picture of a bee during a trip to California. The restaurant, which opened in 1947, serves Southern soul food with a menu that includes everything from fried turkey wings to sweet potato soufflé. Gates told Chef Emeril Lagasse that the love cooked into the restaurant's food sets it apart from other Southern food restaurants. The café is still bustling with customers and you might run into a celebrity or two when you dine there. 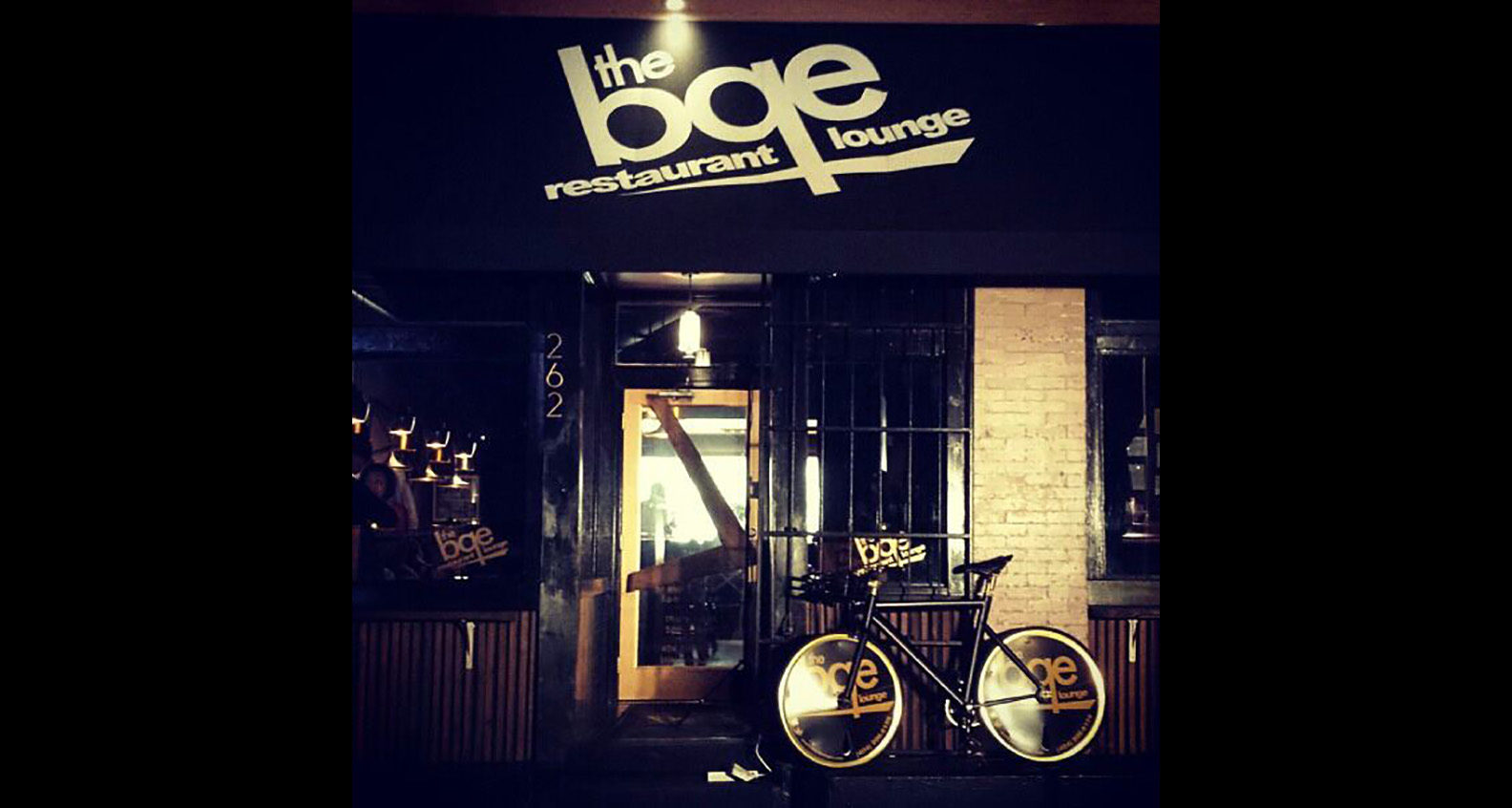 Stepping into the BQE Restaurant & Lounge takes you back to a New Orleans speakeasy with modern day fixings. The restaurant serves soul food for breakfast, lunch, dinner and brunch on the weekend. Some of the innovative dishes on the menu that are worth trying include the red velvet chicken and waffles, and The Edgewood turkey burger. Along with soul food, diners can enjoy neo soul and jazz music while they dine. 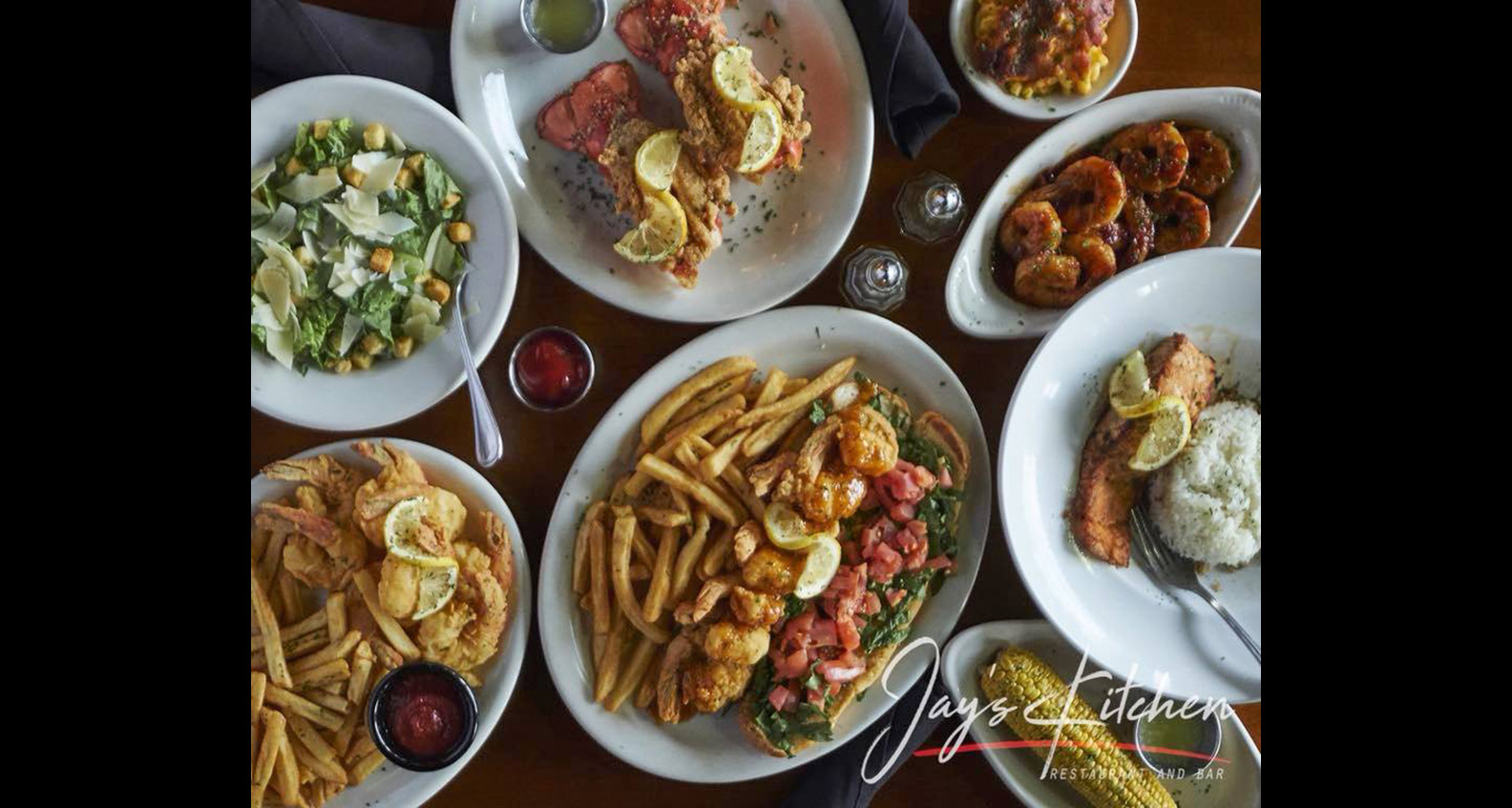 Jay's Kitchen Bar was founded by music executives Jomo Hankerson and Heather Wesley, who have worked with artists like Ice Cube, Timbaland and Toni Braxton. Hankerson decided his true passion was entertaining family and friends with traditional dishes in the kitchen. He wanted to share this concept in a community setting and Jay’s Kitchen bar was born. The restaurant serves "gourmet soul food" with a menu that includes dishes like fried green tomatoes, fried chicken sandwiches and peach pound cake. 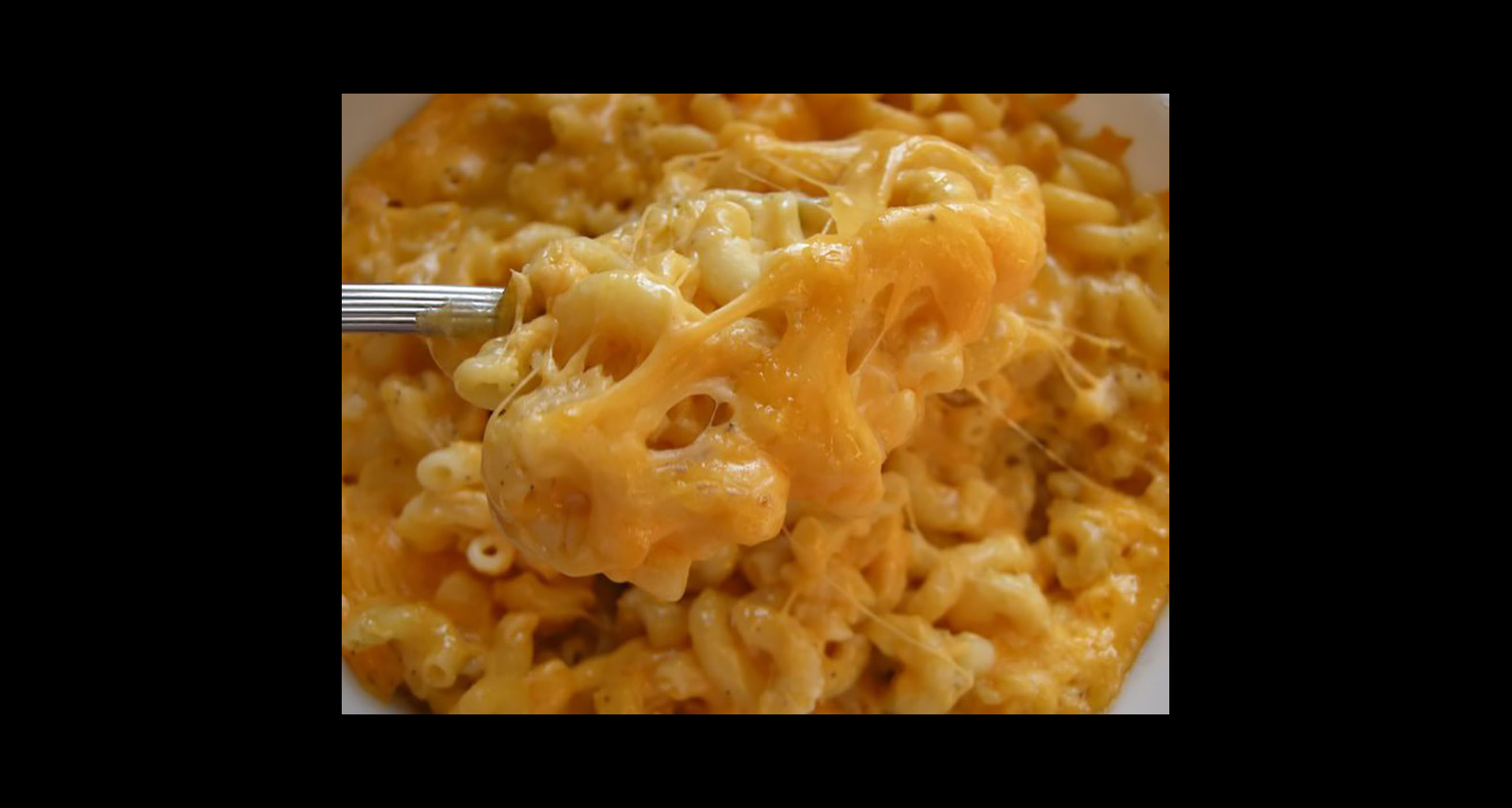 K & K Soul Food went from a small family business to renowned restaurant serving up Southern dishes since 1968. The recipes have been passed down generation to generation bringing diners dishes that are made with love and family in mind. You can find Southern food staples, like grits, fried chicken and peach cobbler are on the menu. 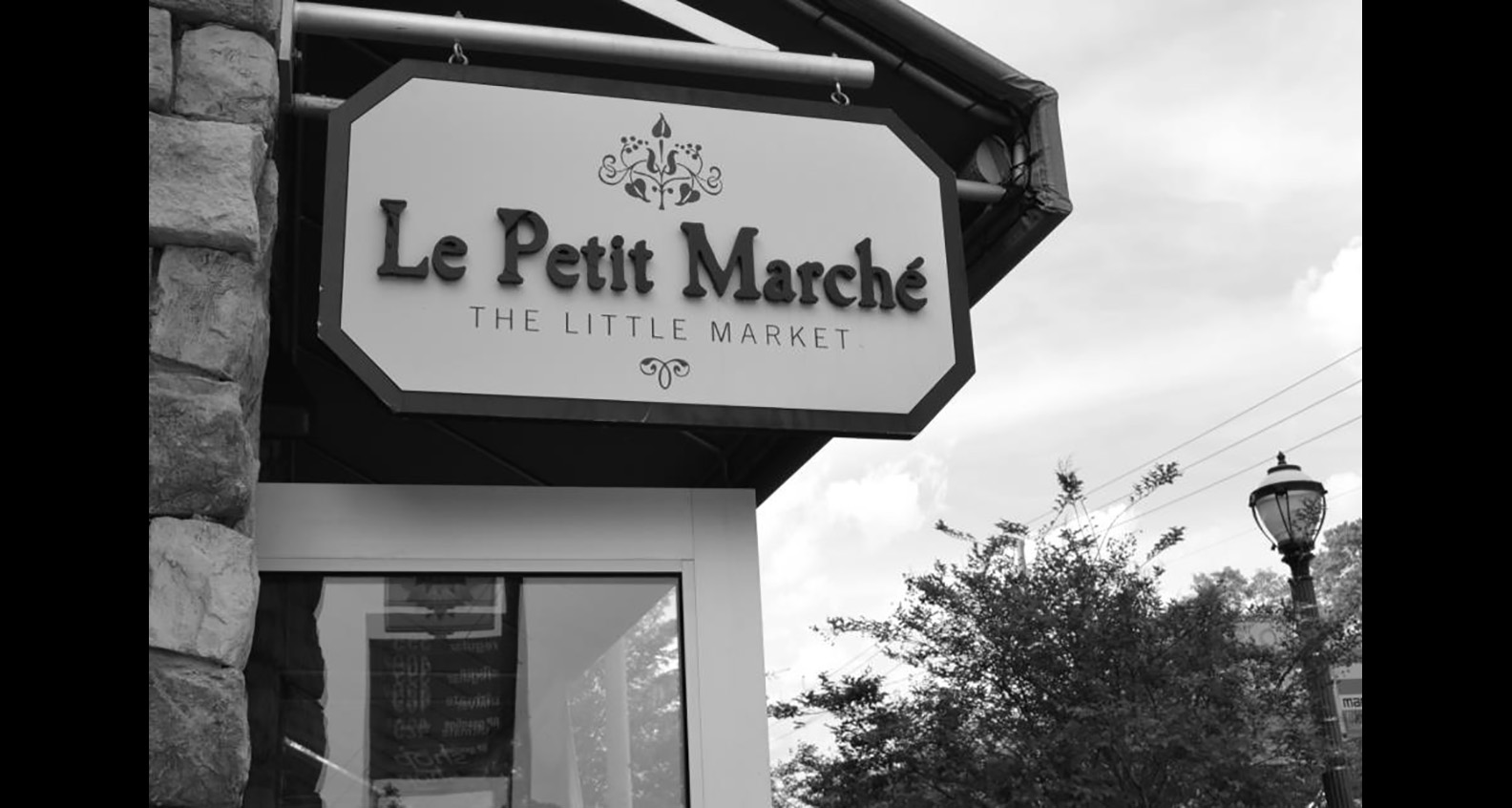 Le Petit Marché, The Little Market beat the odds when it started in 2008 during the Great Recession. Owner Marchet Sparks adjusted her business plan as the economy changed, selling more prepared foods than retail items. Today, the gourmet food market and café offers a wide array of eats, such as sandwiches, paninis and breakfast options, like griddle cakes and the best-ever oatmeal. 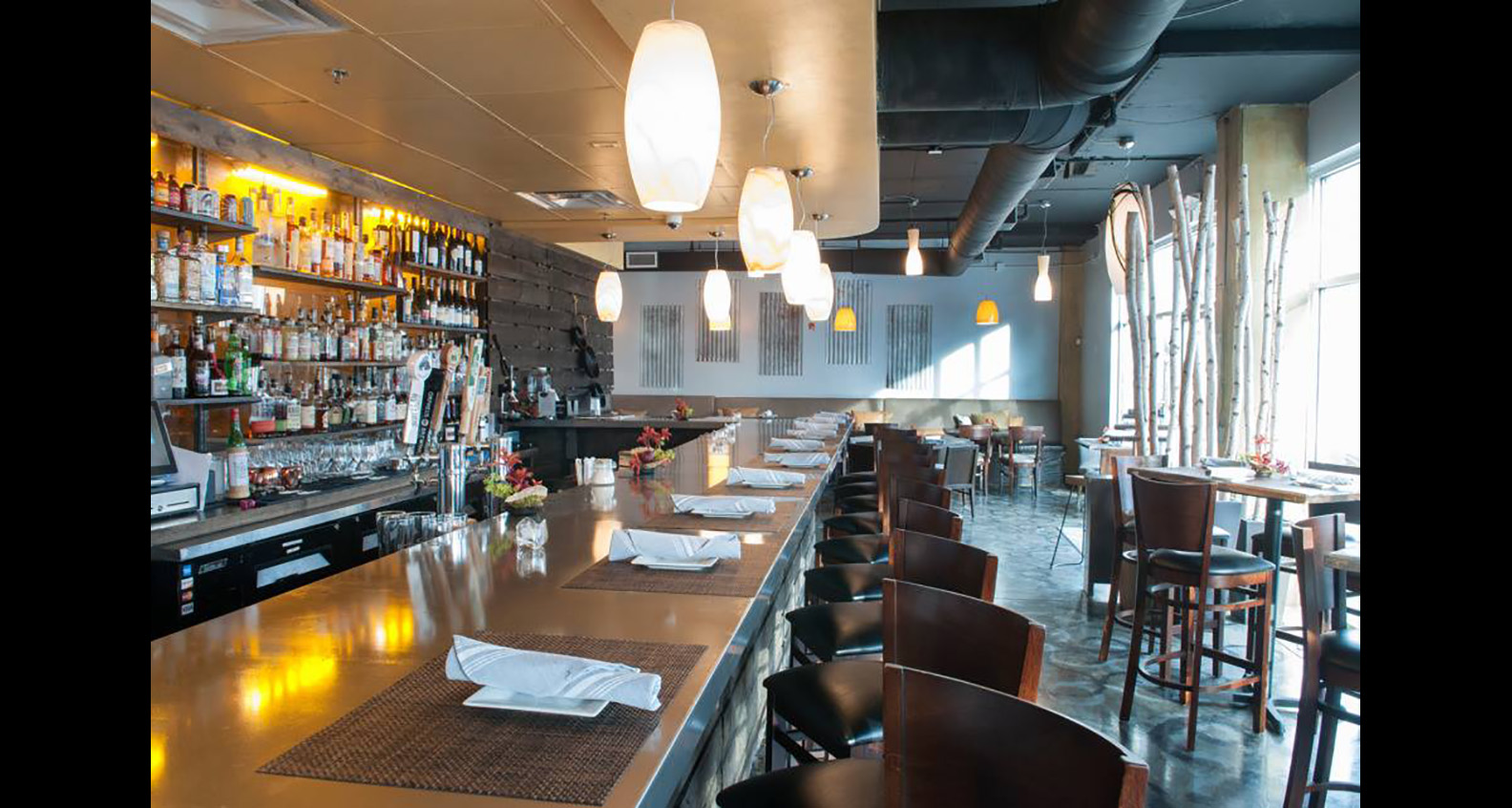 Soul food with a twist is what you’ll find on the menu at Twisted Soul Cookhouse & Pours. Chef Deborah VanTrece incorporates global influences from her travels into the dishes on her menu. Dishes you’ll find on her menu include Creole gumbo, Chef Robert's fried chicken po'boy and moonshine mussels. 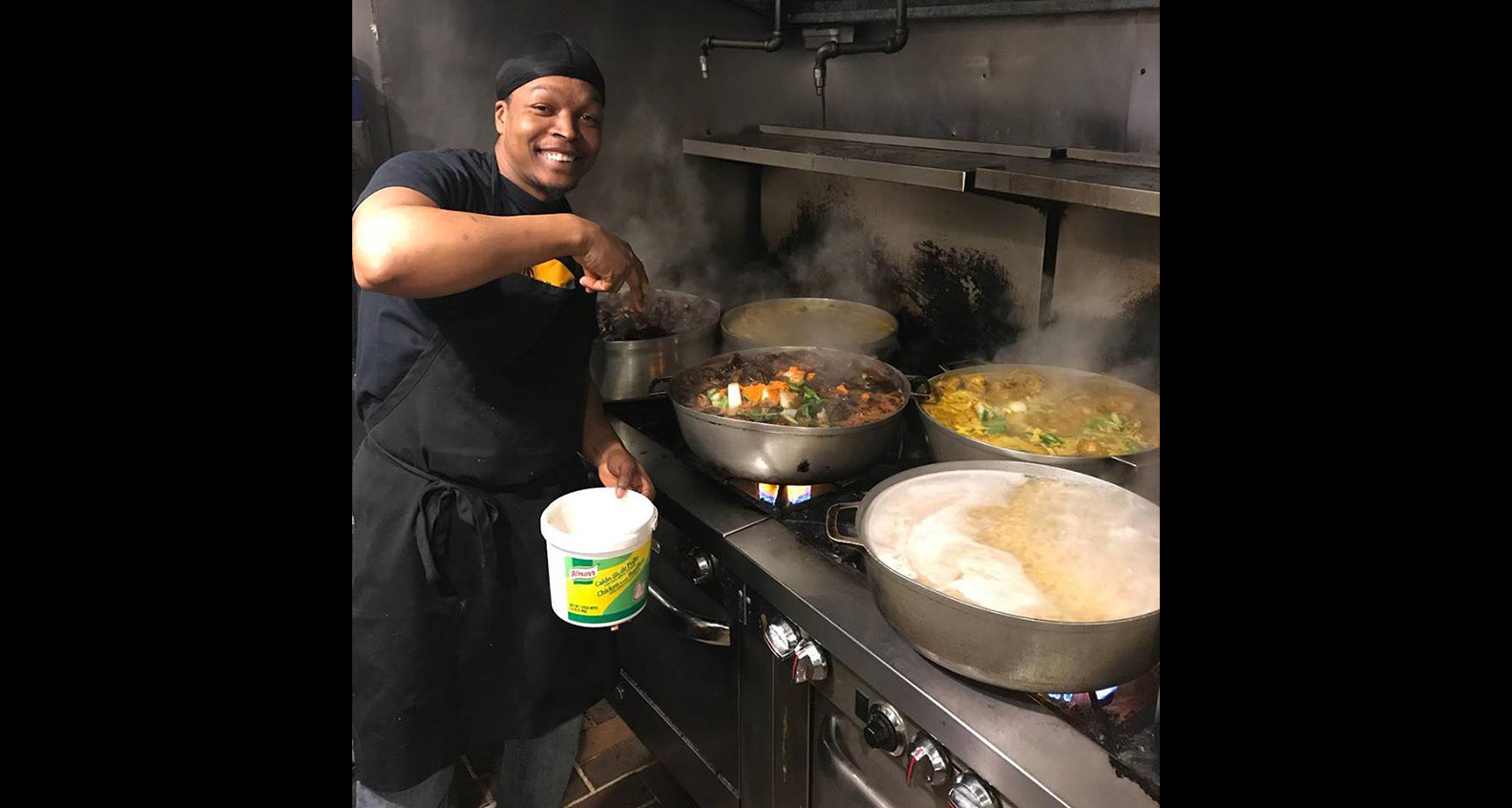 Jamaican and Caribbean eats are offered at this downtown Atlanta establishment. You can find classic Caribbean dishes, like Jerk chicken, fried tilapia salad and Jamaican patties, on the menu. If you have a sweet tooth, try the mango cheesecake or bread pudding. 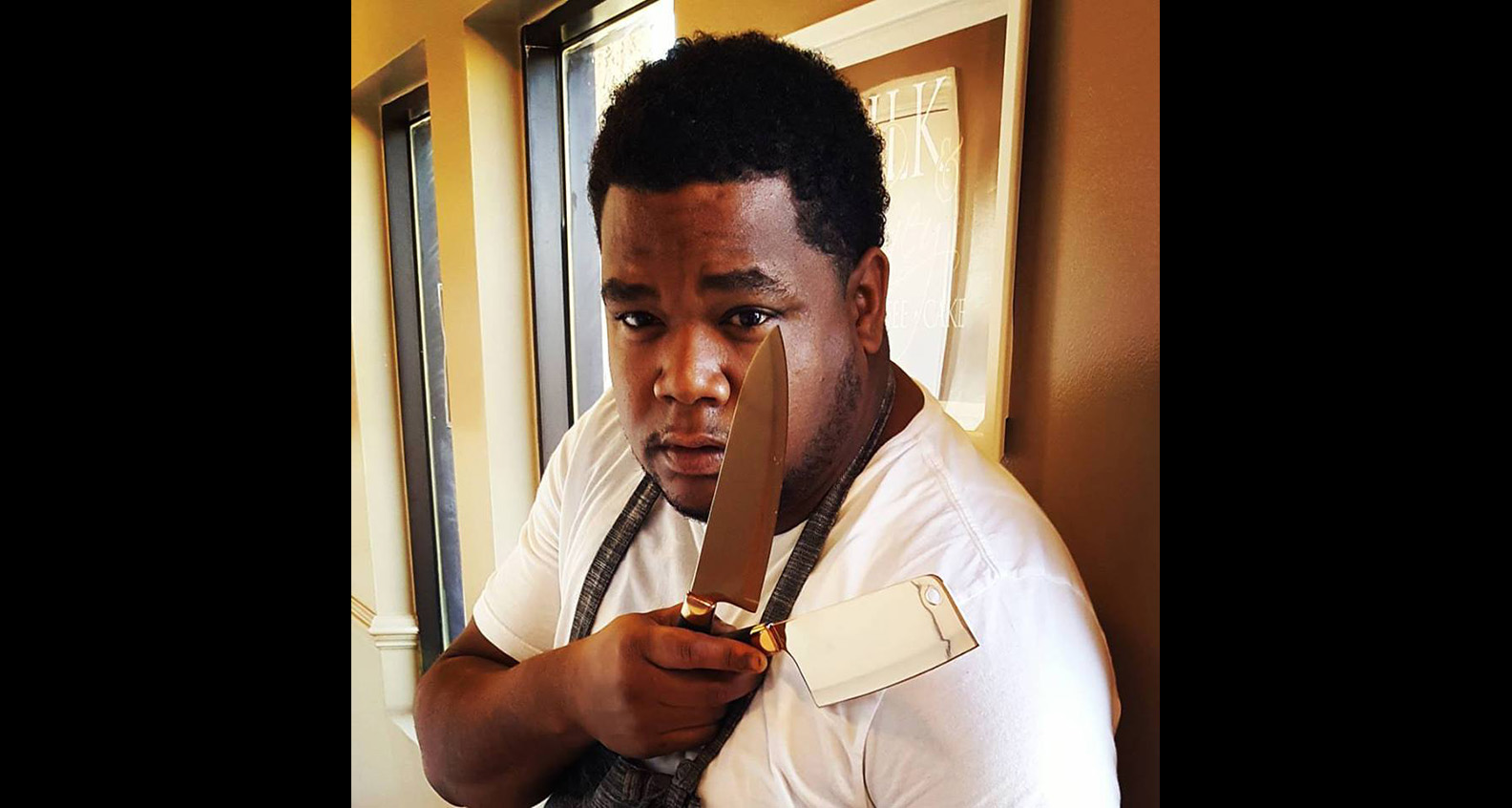 Milk & Honey was started by Chef Sammy Davis, who competed on Food Network's “Chopped” and won "Chopped: Redemption.” Milk & Honey’s specialty is rotisserie chicken and an all-day bunch menu. Some of the dishes to try on the Top 10 brunch menu include lobster gumbo & grits and BBQ pulled chicken biscuit. For a boozy brunch, the Georgia peach Cognac French toast is the way to go. 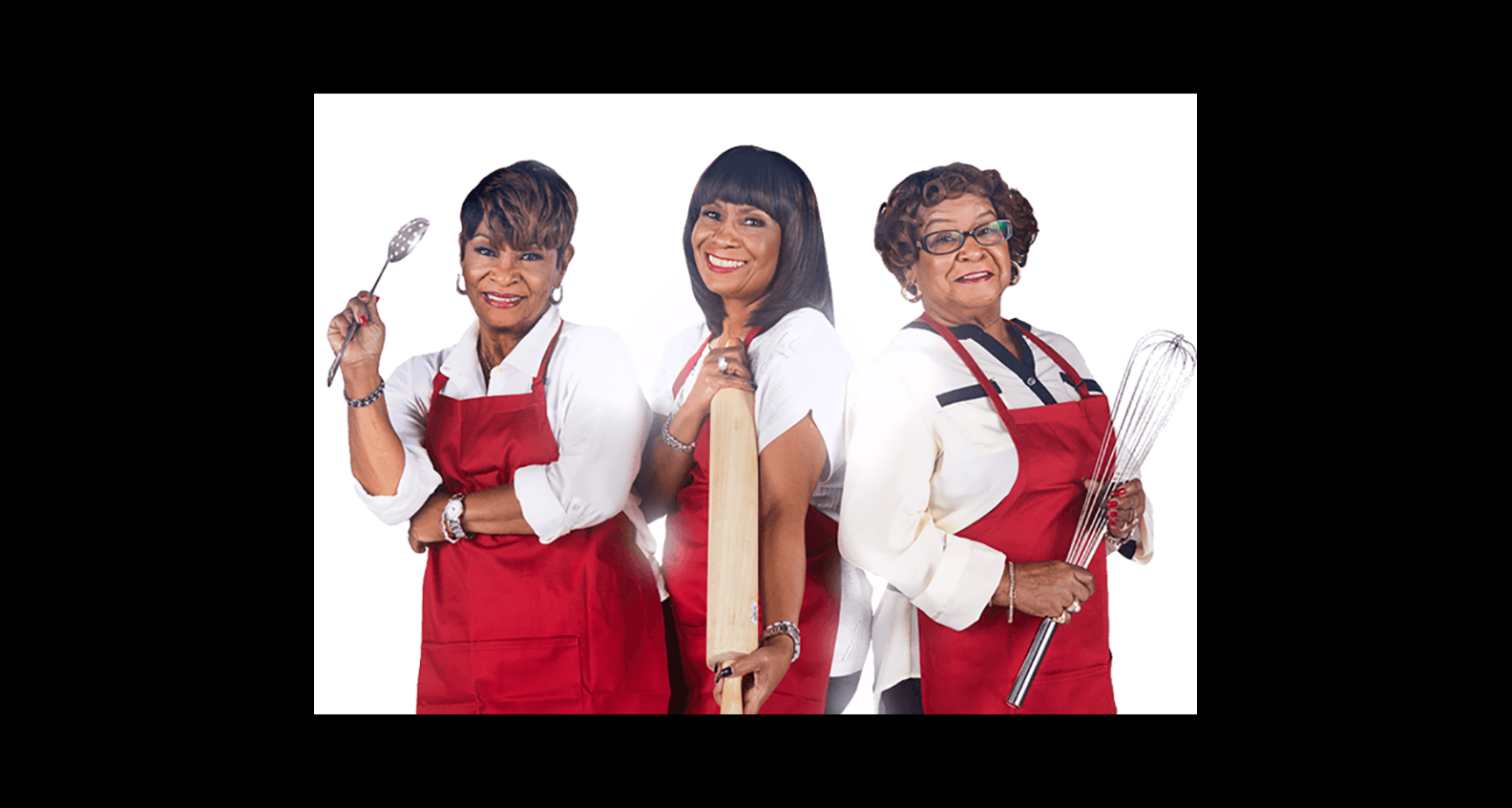 The Southern eatery was started by singer-songwriter Kandi Burrus-Tucker and Todd Tucker, who have been featured on Bravo TV's "Real Housewives of Atlanta." The menu features items inspired by the "Old Lady Gang," which refers to Burrus-Tucker's mom Joyce Jones, and her aunts, Bertha Jones and Nora Wilcox. The Southern eatery offers craft cocktails and Southern staples made with love, like Aunt Bertha's Fried Chicken and Aunt Nora's Fried Catfish Strips. 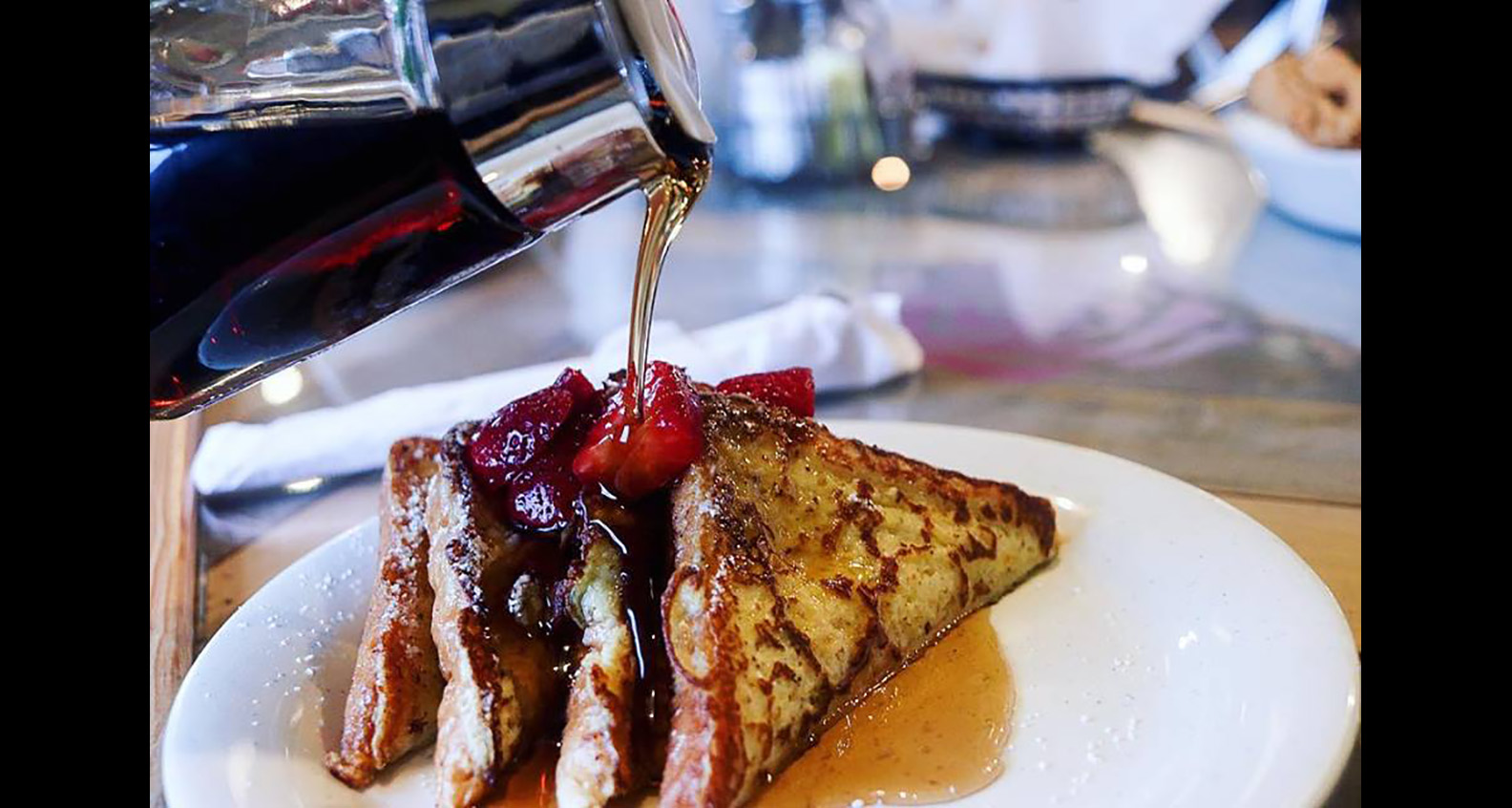 If you’re looking for a caffeine fix, head to Rosie's Coffee Cafe for breakfast, lunch or dessert. The restaurant is inspired by Rosie Gail who had a passion for good food made with love. At Rosie’s, fresh chicken salads, shrimp and grits and other eats are paired with coffee. A portion of the restaurant's profits goes to the Lung Cancer Foundation of America in memory of Rosie, who passed away from the disease.

Sweet Georgia's Juke Joint brings back the rich history of Southern music and food into a modern establishment. Known for its crispy crawfish tails, freshwater rock shrimp and lump crab cake, the restaurant brings a ton of flavors to its Sunday brunch and dinner. The Juke Joint also has a location at the Hartsfield-Jackson International Airport, so if your flight gets delayed you can head over there for a quick. 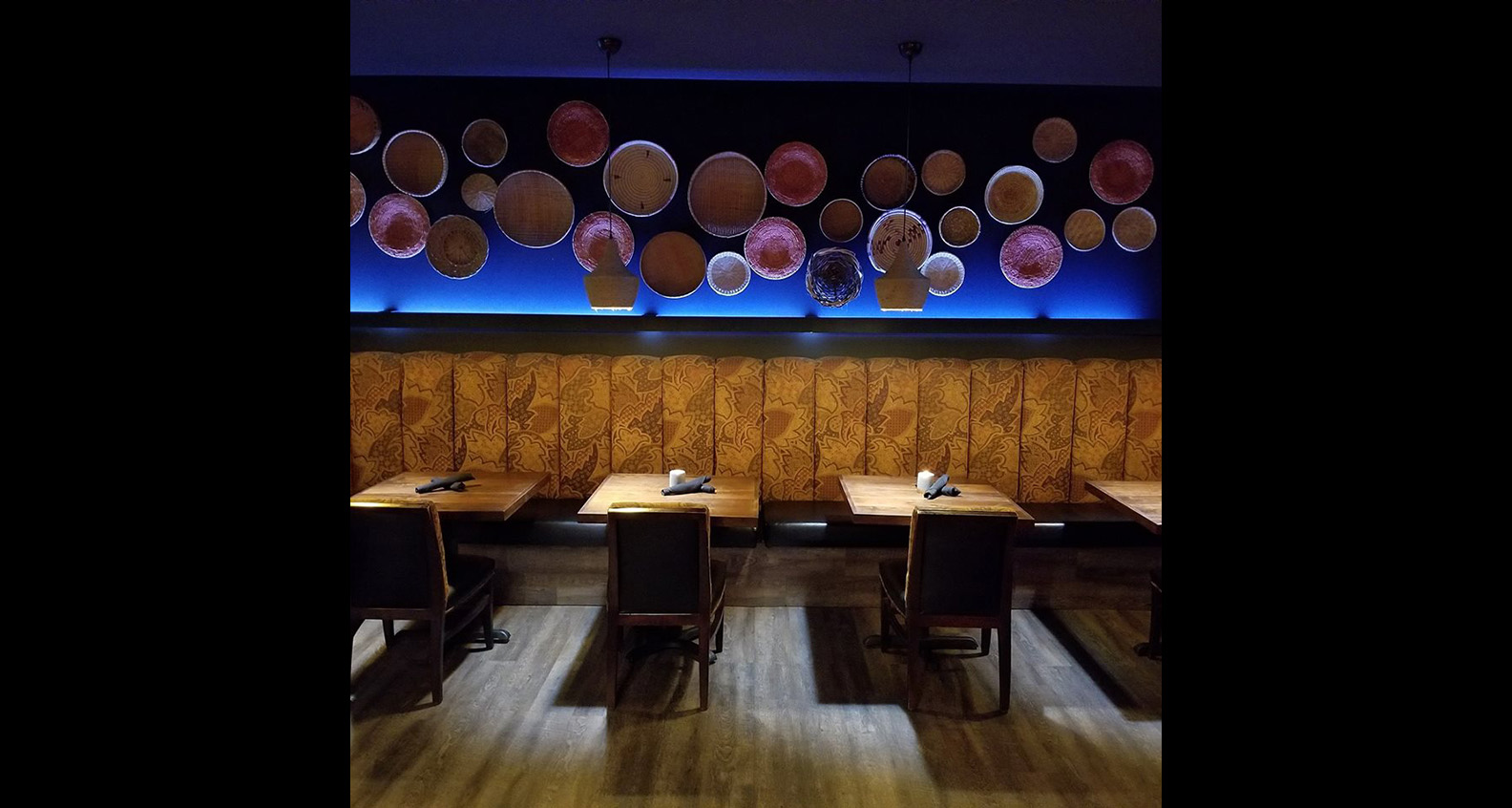 Sit down at The Spice House for foods with Caribbean notes, such as the jerk-stuffed burgers, turkey in Creole sauce and Caribbean spaghetti. Aside from the food, the restaurant also showcases live bands. 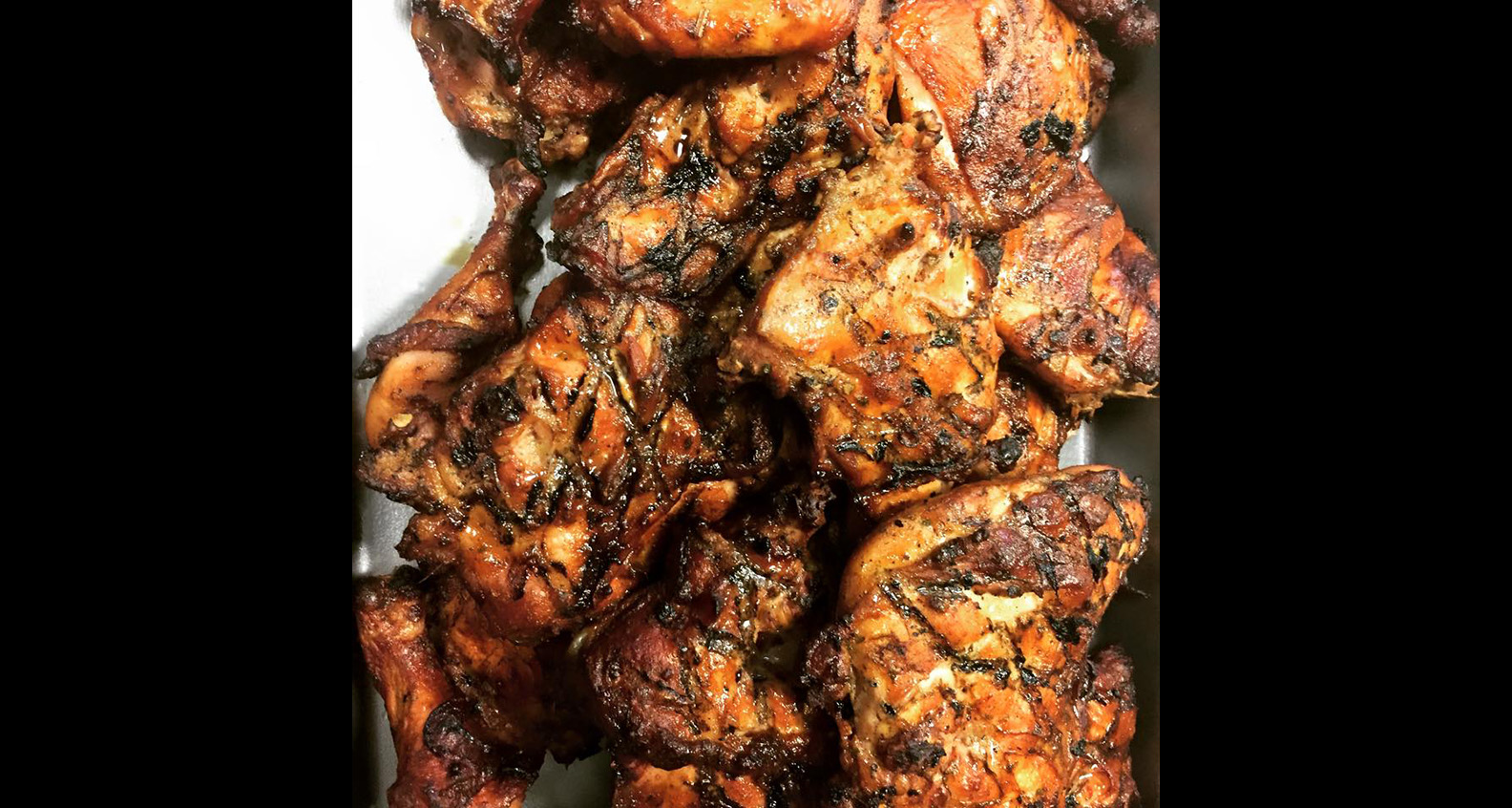 Tom, Dick & Hank is not your average Southern barbecue restaurant. The restaurant has an imaginative menu that features fusion barbecue items, like BBQ fettuccine, smoked pulled pork quesadillas, and nachos with a barbecue twist. Seafood, sandwiches, salads and plates can all be found on the expansive menu too.

Lauren Booker was a digital content intern at Southern Kitchen during the spring and summer of 2017.