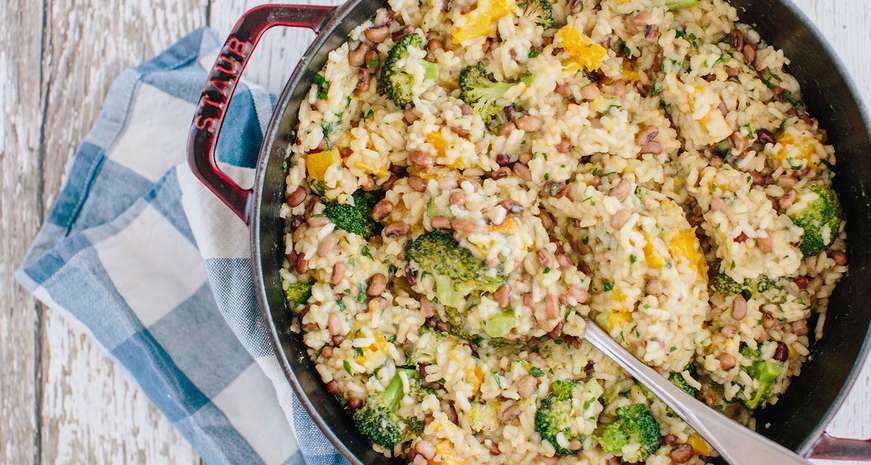 A twist on the South Carolina rice dish, purloo, made with Sea Island Red Peas and Carolina Gold rice

Why chicken bog and purloo are so special to South Carolinians

In a rocking chair outside Mast General Store in Greenville, I unwrap my first-ever Moon Pie. It’s warm for November 1st — to a Yank like me, anyhow. The Moon Pie is cakey and sweet, with a thick puff of marshmallow sandwiched between two soft cookies. I don’t love it — a bit sweet for my taste — but can imagine it’s a hit with kids. I should mention that this Moon Pie was not only for pleasure, it was research. The fluffy little treat was one of the many items mentioned in my quest to explore the foods of a South Carolina childhood.

Over the past decade, I’ve spent countless hours researching my favorite topic: what foods remind adults of their childhoods? With the help of face-to-face interviews and internet threads, I’ve been able I’ve eat and learn about hundreds of nostalgic snacks, dishes and ingredients. This past summer, my search for the long-lost tastes of a Texan childhood taught me how to make chicken fried steak and Tex-Mex enchiladas. Now, I’m in South Carolina, visiting old friends, and chasing after the many local plates I’ve heard of over the years.

Children are important here. All day, in every cafe, every shop, I hear folks discussing what their kids dressed up as for Halloween. They share pictures and laugh over stories of sugar crashes-turned temper tantrums.

Not to be confused with pimiento, the star ingredient of this savory cheddar spread, pimento cheese is a beloved staple of the Carolinian fridge, and indeed, the South. It was also something that came up time and again in my interviews, both in person and online. Some recalled eating it on Saltine crackers, others as a sandwich filling. After hearing a few unearthed memories of the spread being melted into a grilled cheese sandwich, I knew it was something I needed to try. Today, I made one for myself while I chatted with my friend's nine-year-old nephew. I strikes me how common that tableau must be down here; a woman grilling a pimento cheese sandwich while a little boy cheerfully regales her with tales of his football team and school camping trip. (He would like me to add that he used to love chicken noodle soup, but now his favorite is pizza.) 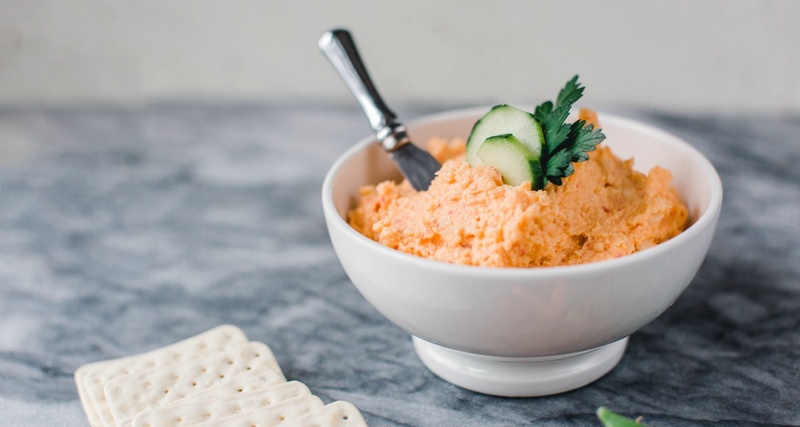 According to my friend and her family, no store-bought version of pimento cheese holds a candle to Palmetto, a local producer so popular that many refer to the product itself by the brand name — a la Kleenex. Though homemade and store bought versions are equally popular, the Carolinian version has one major stipulation: it must be made with Duke’s Mayonnaise.

Duke’s Mayonnaise has such a fierce following out here, many wouldn’t dream of using another brand for their sandwich. And sandwiches are, as it turns out, one of the staples of the local childhood palate. From classic tomato or pimento to peanut butter with honey or syrup, most adults I spoke to can remember certain sandwiches from their days of yore. Quite a few, particularly from Georgetown county, have fond memories of eating sliced bananas and Duke’s layered between fluffy portions of white bread.

Bananas came up time and again in the course of these interviews. Banana pudding is a beloved treat for children across most of the South, South Carolina being no exception. I myself tried it this weekend, when my friend ordered me a little portion to go with our plates at Henry’s Smokehouse. Since then, I’ve had it twice more. This is the kind of dessert would have blown my mind as a kid. Sweet, cold pudding, ripe bananas, whipped cream and a vanilla wafer on top? Sign me up, yesterday and today.

Last night we brought the kids trick or treating, watched as they locked themselves in a room to sort and swap their stashes without the dogs getting involved. It brought back memories of my own Massachusetts childhood. Some things, it seems, are universal. Others, however, vary greatly. 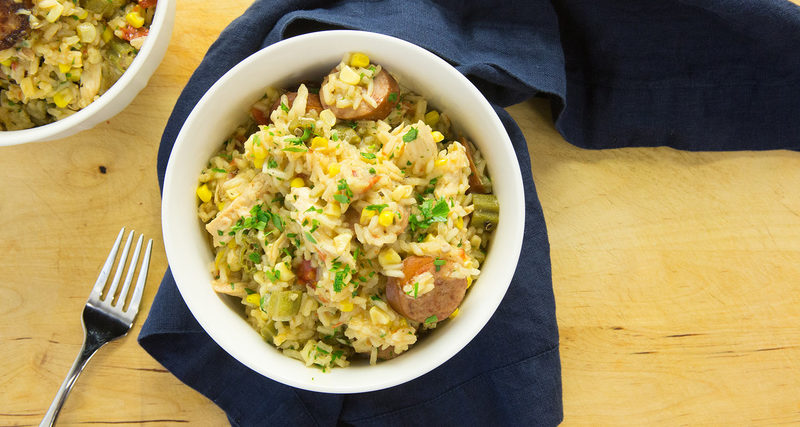 No two Carolina childhoods are the same. The state is almost like a microcosm of the South; deeply regionalized, with individual cultures springing from every town. When I told my friends that I wanted to try chicken bog, it was the first time their parents, who were raised in Florida and Germany before settling in Greenville, had even heard of it.

On the other hand, my friend has a group of friends who grew up in the Low Country. They were able to dictate a recipe to her over the phone, and we made a pot of it for the whole family. The baby loved it and it’s easy to see why; with a base of rice, smoked sausage and shredded chicken, it makes for perfect kid food. It’s creamy and unctuous, but with bold, smoky flavor. It also can easily be made in one pot and feed a crowd — ideal for a busy parent.

This morning, I met one of the guys who was kind of enough to share his chicken bog recipe. He sat on the porch with me and we talked food. He says that a “big-a** pot” of chicken bog is a strong memory of childhood meals. “It was always feeding at least twenty people,” he told me, remarking that it was a mainstay on July 4th, Super Bowl Sunday, and of course, New Year's Eve. His family, he says, served it every December 31st, along with collard greens and field peas for good luck. “Some people like to mix the field peas into the chicken bog,” he told me, “but I don’t mess with it.”

When I posed the nostalgic food question to the Redditors of South Carolina, I was met with nearly a hundred responses. Of course, many, many people cited Southern classics like fried okra, collard greens, macaroni and cheese, butter beans, grits and cornbread. Others mentioned now-shuttered restaurants that defined the dinners of their youths. 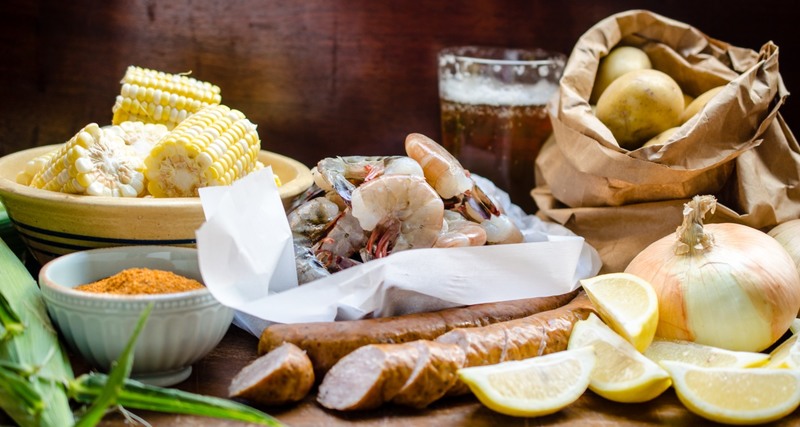 Take, for example the old Myrtle Beach standby, The Filling Station. After hearing a few mentions of the now-closed pizza place, a quick Google search taught me that this restaurant was popular for both its food and staff. If you grew up in and around there, perhaps you remember Isaac, the singing busboy. Since 1983, this delightful (and talented) man, has crooned away whilst bussing tables at lightning speed. Today, YouTube is filled with homages to Isaac, who is still delighting diners with his beautiful voice at Simply Southern Smokehouse, where his original stage, the Filling Station, once stood.

Others spoke of more Carolina-specific items: Low Country boil, yellow barbecue sauce, chicken purloo. But one dish was mentioned more than any other — that Low Country chicken bog that baffled by Greenville friends. One Myrtle Beach native said that, until he joined the Navy, he didn’t realize how specific chicken bog was to the Palmetto State. Another mentioned that his grandfather had, over the years, been honored with multiple wins at the Loris Bog-Off, an October tradition coming up on its 40th anniversary. Aside from the titular cooking contest, the gala features over 200 vendors, performances by local school groups, and even a beauty pageant.

After my Moon Pie, I head to the Greenville library in hopes of finding a few local cookbooks. I find a copy of 300 Years of Carolina Cooking, a 1970 cookbook that’s been donated to the library. To my delight, fragmented jottings surround the recipes, all in the same handwriting. Flipping through the pages, I come across squash casserole, something I recognize from my own notes. Instead of one, I’m presented with three very different recipes for the same dish. The simplest, listed as Aretha Fuller’s Squash Casserole, features pre-cooked, mashed squash, cheese, onion, butter and egg, topped with sauteed biscuit crumbs and baked. Another calls for, among the previously listed ingredients, a packet of onion soup mix. Finally, the third version is chock full of canned pimientos, shredded carrots, bread stuffing and cream of chicken soup. 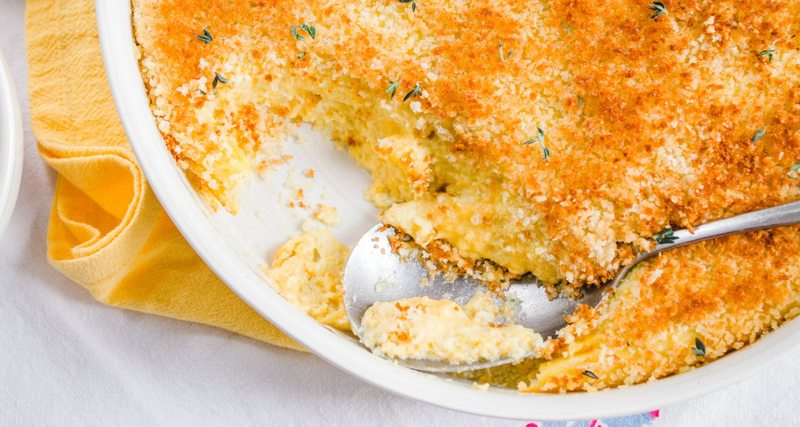 It’s safe to say that these recipes would produce three very different casseroles, and to me, that’s the beauty of Carolinian, and indeed, Southern cooking. With every recipe I’ve come across, there have been dozens of variations to try. There is no one way, it seems, to make pimento cheese, chicken bog, squash casserole, or many of the other dozens of dishes that so many Southerners fondly remember from their past.

Let’s take barbecue, for example. For one state, South Carolina sure has a lot of variations on sauce. It boasts at least three distinct barbecue sauces, each most common in a different region of the state. Aside from that, the meats and sides change from county to county. And, as with always, those recipes differ from kitchen to kitchen.

Quite a few Redditors also brought up hash. It wasn’t until I actually arrived in South Carolina that I saw they meant something entirely different from the canned corned beef and potato concoction I’d so often had at diners back home. Instead, South Carolina hash, or barbecue hash, is a rich mixture of any combination of meats (almost always including connective tissue and offal) along with sauce and spices. Traditionally, it’s been a way to use a whole hog — including the parts that folks didn’t think they wanted to eat. Heavy seasonings and condiments, like barbecue sauce, mustard vinegar and ketchup, weren’t only used to stretch the product, but also to make it more palatable. Today, it’s more likely to be found as a side dish at a barbecue restaurant or pig pickin’ than in a private kitchen.

The way the dish is prepared means that no two barbecue joints will sell the same hash. Some have a runny texture, while others are chunky or shredded. Sometimes, it’s served over grits, but most often, it can be found atop a steaming bed of rice — ideally Carolina Gold.

The baby won’t remember his first birthday and the foods served at his party, but he’s forming the building blocks of his palate right now. He eats almost everything — always a relief. Watching him eat leftover chicken bog this afternoon, it struck me how, someday, he might tell his friends about the foods his parents — my friends — cooked him over the years. And someday, he may teach his friends to make those things, just like his parents have taught me a litany of delicious Southern meals over the years.

Until then, I’ll be practicing my chicken bog. 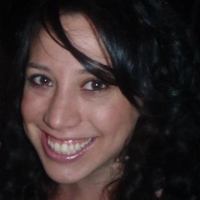 Gabby Vernon-Melzer is a food and travel writer originally from Boston, Massachusetts.  She loves to tell the stories of food in addition to creating unique and travel-inspired recipes.