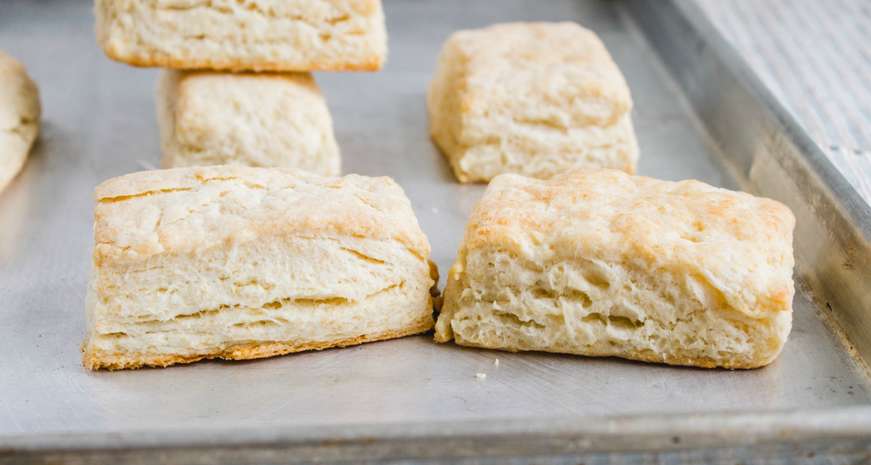 Which makes a better biscuit: buttermilk or cream?

We've talked about buttermilk before. From fried chicken brine to perfectly easy pie, it is an essential ingredient in any Southern pantry. But what if a biscuit craving strikes and you're flat out of the stuff? Even worse, you don't have any yogurt or kefir (does anyone here drink kefir?) or any other tangy dairy product laying around. (This happens to me all the time.)

Can you still make biscuits? What about using cream instead? And what do those liquids do anyway? It's time to dive back into some more biscuit science. 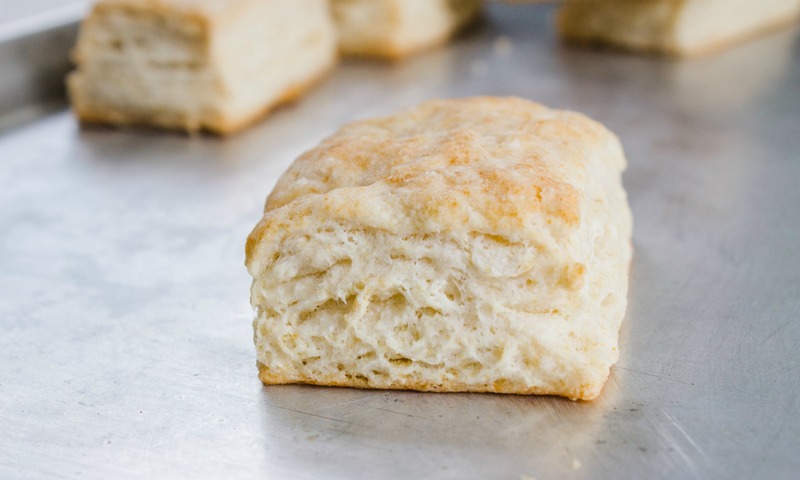 As we've discussed before, buttermilk was historically the liquid left over from churning butter. In the past, butter was made from cultured cream, so the resulting buttermilk also carried with it a slightly acidic tang. Today, most buttermilks you'll find at the grocery are simply cultured low-fat milk; they've actually got more in common with yogurt than traditional buttermilk.

When you're making biscuits, you use buttermilk for its acidity as well as its fat and liquid content. The acidity is used, in conjunction with leaveners, to help the dough rise. Typically, you'll find buttermilk used in recipes that also include baking soda as well as baking powder; the acid from the buttermilk reacts with the alkaline baking soda, causing it to give off carbon dioxide. Baking powder will also react with buttermilk's acidity, but just a touch; it uses the liquid content, as well as the heat of the oven, to give its leavening power. 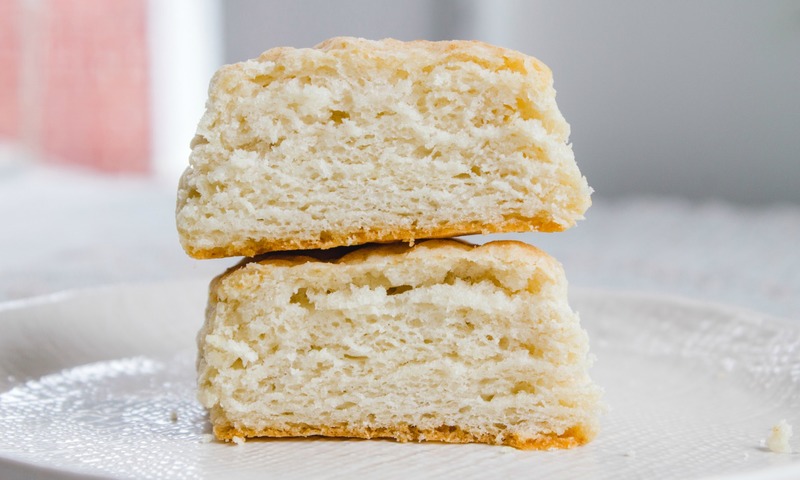 Buttermilk also adds a pleasant tanginess to baked biscuits, and its relatively low levels of fat make it work in recipes that call for any kind of fat, from butter to shortening, and even cream. (Yes, cream can be used as both a liquid and a fat. To learn more about its use as a fat, read our story on Touch of Grace biscuits. LINK)

What does all of this mean? Buttermilk biscuits, like the ones pictured, tend to have a tall rise and robust flavor. Buttermilk biscuits can be both flaky or fluffy, depending on the fat used. Other cultured dairy products, like the aforementioned yogurt and kefir can also work well in place of buttermilk; look for low-fat versions instead of full fat for best results. (And if you're using yogurt, you'll want to thin it out a bit with water until it reaches buttermilk consistency.) 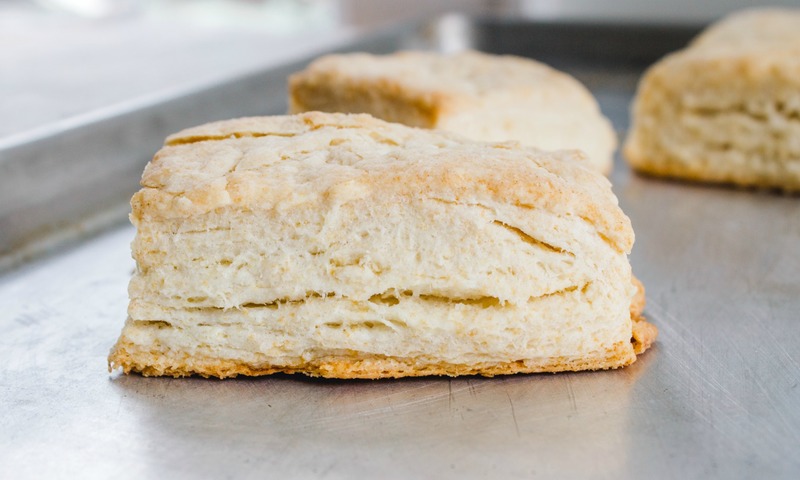 Cream biscuits are loved by many people for their ease. If you've got a bag of self-rising flour and a pint of cream, you can have cream biscuits in a matter of minutes — no butter needed. (And yes, you can make them using all-purpose flour as well; just add baking powder and a bit of salt.) These simple, two-ingredient recipes make use of cream as both a fat and a liquid ingredient. They land on the very tender and crumbly end of the biscuit spectrum, and are, in this writer's opinion, the best way to use cream in biscuit baking.

Many disagree. There are plenty of cream biscuit recipes hanging out on the internet that simply substitute cream for buttermilk. This step adds another big dose of fat to your biscuits that, honestly, isn't warranted. As you can see in the picture, biscuits with this much fat in them simply look greasy. They also, strangely enough, taste kind of dry, and they have a stiff, far too flaky texture. 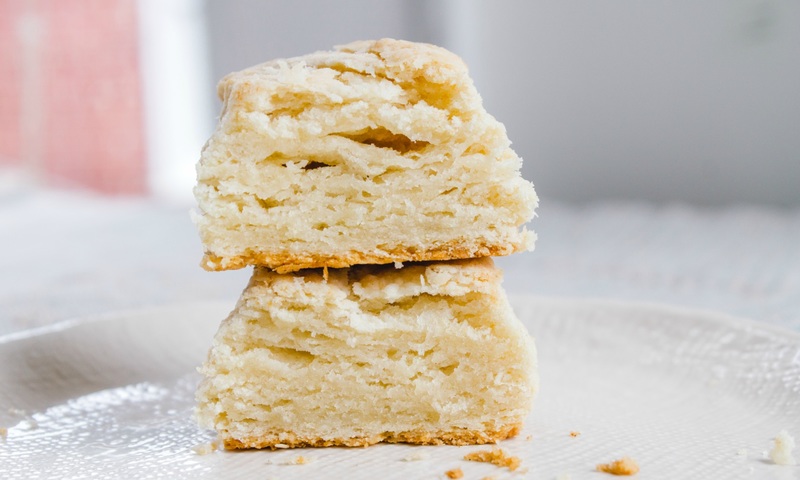 If you are going to substitute a non-cultured liquid into your biscuits, I'd strongly recommend using low-fat milk, or even whole milk, instead of cream. Both will give you a more pleasant biscuit, with just the right amount of fat that you'll still want to slather the inside with butter. Or if you've got to use cream, bake a biscuit that doesn't include any additional fat, such as this one.