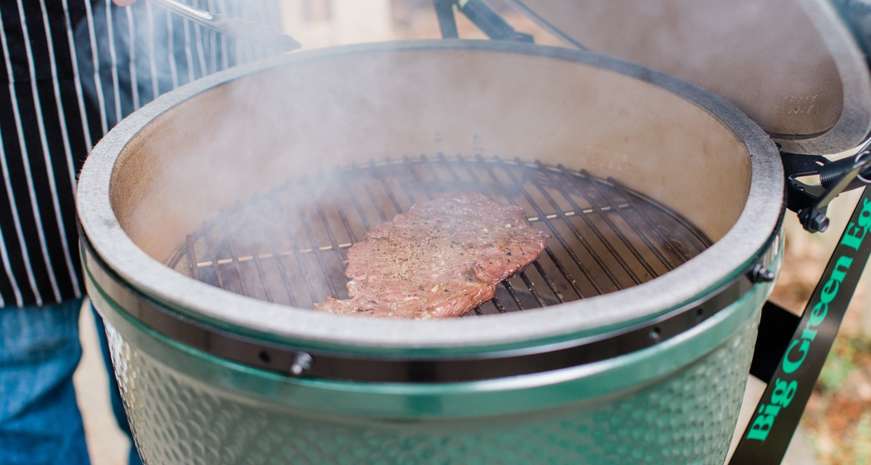 Grilling a flank steak on a Big Green Egg

Whether you're pan-searing, grilling or chicken-frying, here are the best cuts of steak to choose

There's more to cooking a perfect steak than knowing when to salt it and how to tell when it's a perfect medium-rare. It is also crucial to understand the best cooking method — and medium — for each different type of steak.

Some steaks are far better suited to a quick, hot sear on a grill, while others need a little more time and attention — it all comes down to the shape and musculature of each cut. Luckily, it's not hard to harness the benefits of each of the following cooking methods to make sure your steak is shining in the best light. Here's how.

Grilling
There are two benefits to grilling to consider when choosing a steak cut: its ability to generate both ripping-hot and moderate-temperature cooking zones at the same time, as well as its relatively large cooking area. Thin, potentially tough cuts like hangar, flank and skirt steak benefit from a quick cook at very high heat — you want good char without over-cooking — so while you can certainly cook these cuts inside, we prefer to grill them.

A two-zone grilling surface comes in handy with steaks that have an uneven thickness, such as tri-tip, or contain areas of leaner and fattier meat, such as a T-bone. You can easily position the thinner or leaner portion of the steak away from the fire while letting the thicker or fattier portion of meat cook over on the hot side. In the case of T-bone steaks, the large cooking surface of the grill also comes into play; with such a huge steak that includes a honkin' bone in the middle, you'll want space to move it around. Finally, that two-zone fire is also helpful when addressing flare ups from very fatty cuts, such as boneless short ribs (a.k.a. Korean kalbi). Move the ribs back and forth between the hot zone and the cool zone as the fat renders and the meat browns to keep flames at bay.
How to grill a perfect steak 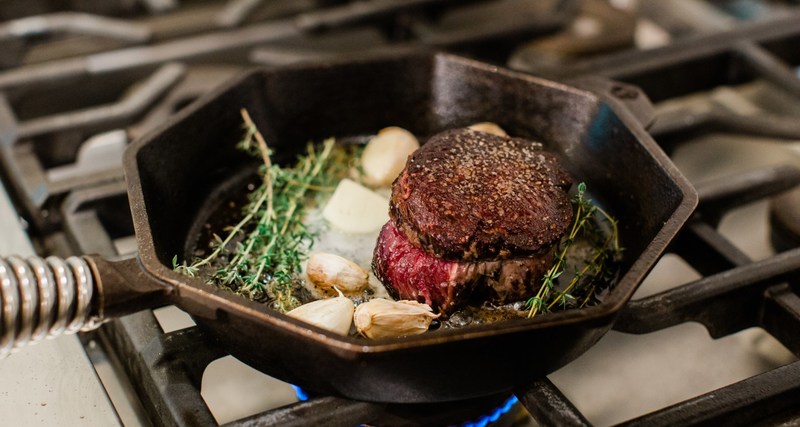 Besides making it easy to cook steak even when there's a thunderstorm brewing outside, pan-searing allows you to add additional flavor and richness to leaner cuts. You can certainly cook all of these cuts on the grill as well, but we really think they shine when cooked in cast iron. Filet mignon gets a big flavor boost from a butter, herb and garlic baste as it cooks — there's not much beefiness in the steak itself, so it takes well to most anything you want to throw in the pan.

Likewise, New York strip can also benefit from additional aromatics thrown into the pan, and you can also easily use the high temperature of a properly pre-heated cast iron skillet to render and brown its fat cap with no worries about flare-ups. Rib-eye steaks, both bone-in and boneless, can be tricky to grill because of all of their fat; a good pan-sear makes it even easier to cook these most delicious steaks at home.
How to pan-sear a perfect steak 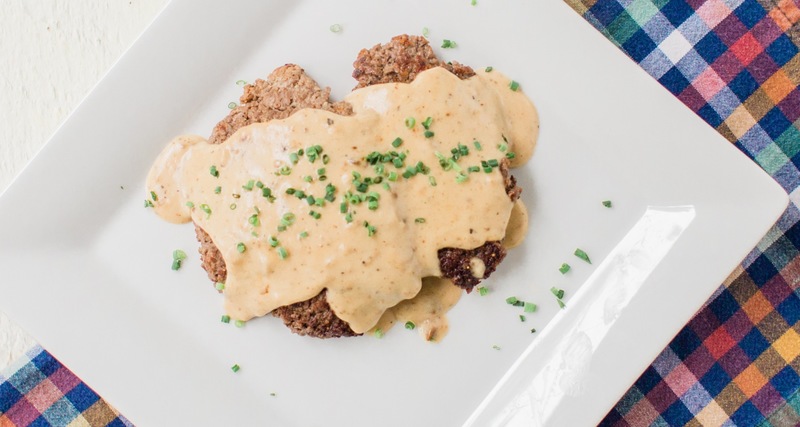 When it comes to frying steak, we're talking pounded, breaded and chicken-fried. The traditional cut for this cooking method is cube steak, which is most often a pounded top round or sirlon steak. This cut is ultra-thin and benefits from quick cooking, but it does need some flavor-boosters, such as the traditional breading and cream gravy that accompanies chicken-fried steak. If you can't find cube steak, you can always look for either top round or sirloin (also called top sirloin) steaks for frying. You'll want to use a meat mallet, rolling pin or the side of a coffee mug to pound these out thin before frying.
Get the recipe 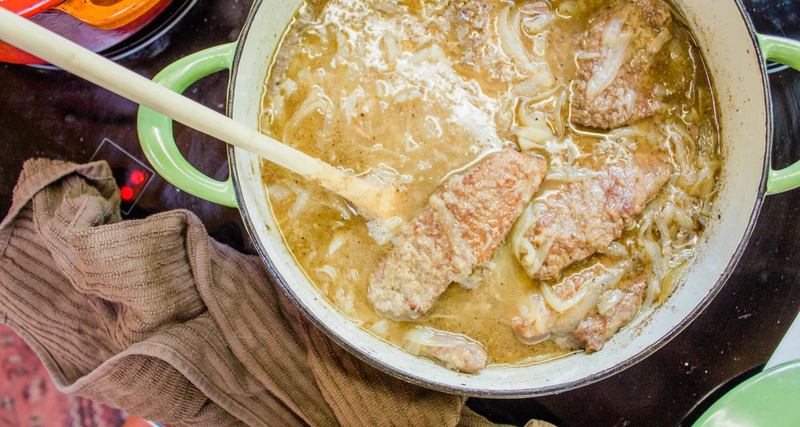 Low and slow isn't the most common of steak cooking techniques, but braising is still a crucial method for producing tender smothered steaks. The traditional cut for braised and smothered steaks is bottom round, which usually gets sliced thin, pounded and fried before getting a long simmer in a flavorful sauce. An even better cut for this method, if you're game to do a lot of fat-skimming, is chuck steak (a.k.a. sliced chuck roast), as it boasts high levels of connective tissue, which will turn into luxurious, broth thickening gelatin as the meat cooks. It's also less prone to drying out, as bottom round can, over long cooking times.
An old-fashioned smothered steak and onions recipe