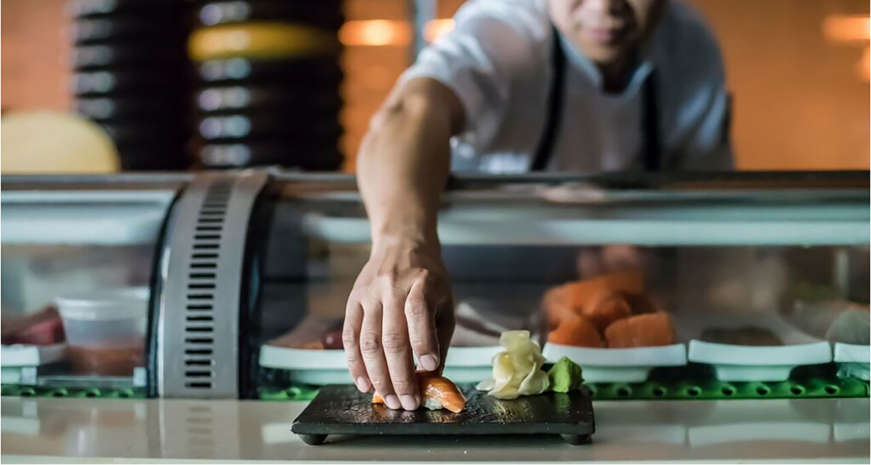 Sushi from Makoto restaurant in Miami

Where to eat the best sushi in the South

Southerners aren't always all about the fried fish. We also love to dig in to elegant platters of nigiri and sashimi from time to time. And Southern sushi lovers don’t have to go far for premium fish — in fact, some of the best is south of the Mason Dixon.

From extravagant sushi tasting experiences to cheap, but downright delicious rolls, we’ve found the 12  best sushi restaurants in the South.

Miami, Florida
Makoto
Chef Makoto Okuwa has over twenty years of experience cooking Japanese cuisine. He has worked with Iron Chef Masaharu Morimoto in Washington D.C. and New York City, appeared as a competitor on Iron Chef America, and opened Sashi Sushi + Sake Lounge in Manhattan Beach, California before moving to Florida. At his restaurant in Miami, Okuwa creates playful sushi creations, such as lobster maki with ginger-pickled jicama and the "Vegan Stephen" roll, that offer modern takes on traditional Japanese dishes.
Makoto is at 9700 Collins Ave., Miami. Connect with the restaurant on Facebook and Instagram.

Toni’s Sushi Bar
Toni’s Sushi Bar has been serving up top-notch sushi for the past 30 years. It was the sushi place before sushi became so trendy. Better yet, the prices are affordable — the most expensive item on the menu is the whole-tail lobster tempura for $24. Thrillist recently named Toni’s as one of the best sushi restaurants in the country.
Toni's Sushi Bar is at 1208 Washington Ave., Miami Beach. Connect with the restaurant on Facebook. 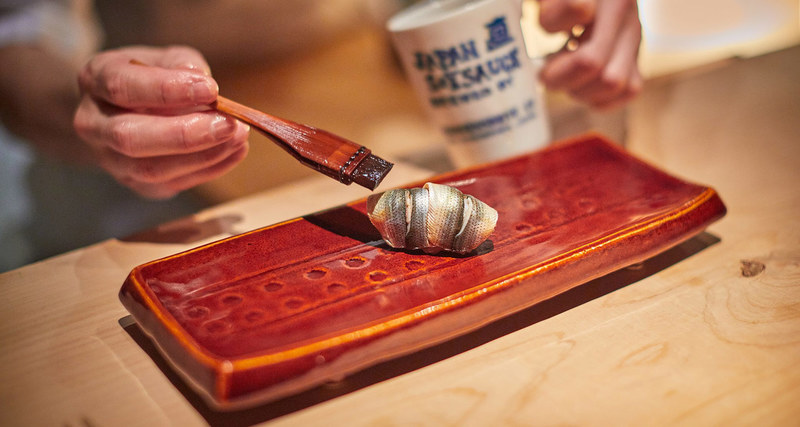 NAOE
On the other hand, sushi lovers seeking a high-end experience in Miami should head to NAOE. The Brickell Key restaurant only seats eight diners at a time, and while the tasting menu begins at $200, it's totally worth the experience. Chef Kevin Corey trained under sushi master Nobuo Kase and even traveled to Japan for more experience. Over the years, NAOE has earned praised both domestically and internationally as one of the best Japanese and sushi restaurants in not only Miami, but also the world. If you can get a seat, expect everything from what PureWow calls "the most decadent bento box you've ever seen" to a "never-ending concession of traditional nigiri."
NAOE is at 661 Brickell Key Dr., Miami. Connect with the restaurant on Facebook. 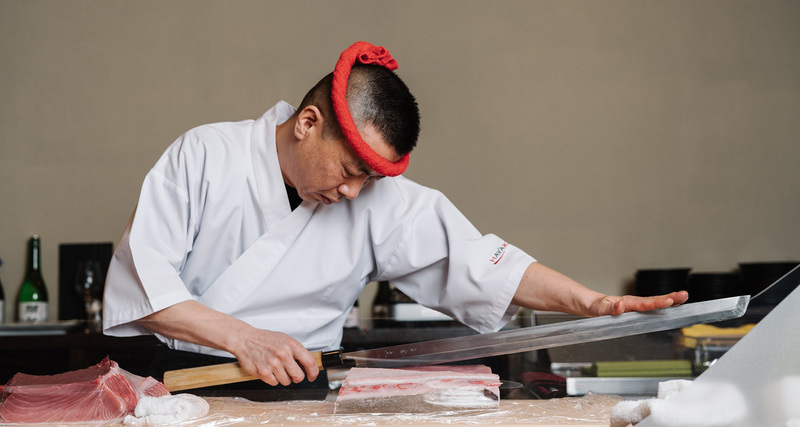 Atlanta, Georgia
Sushi Hayakawa
This traditional sushi restaurant is the place to go if you'd like a full-on tasting experience. Chef Art Hayakawa is the only man in the kitchen who handles the fish, so be prepared to wait a bit for your meal. Put yourself in his hands by ordering the omakase (a Japanese phrase that translates to "I'll leave it in your hands") and letting the chef determine your meal. Much of the fish comes directly from Tokyo's Tsukiji Fish Market, and is of the utmost freshness.
Sushi Hayakawa is at 5979 Buford Hwy. NE, Atlanta. Connect with the restaurant on Facebook and Instagram.

Tomo
Tomo Naito came to Atlanta from the sushi restaurant group, Nobu, in Las Vegas, and has quickly become one of the city’s best sushi chefs. Tomo, his Buckhead restaurant, serves up classic nigiri and sashimi, plus more decadent rolls like the Tomo Urchin — medium-rare sea urchin tempura that's wrapped in shiso and seaweed and topped with sea salt, yuzu and Tomo salsa. All of the ingredients are hand-picked by Naito himself.
Tomo is at 3630 Peachtree Rd. #140, Atlanta. Connect with the restaurant on Facebook and Twitter. 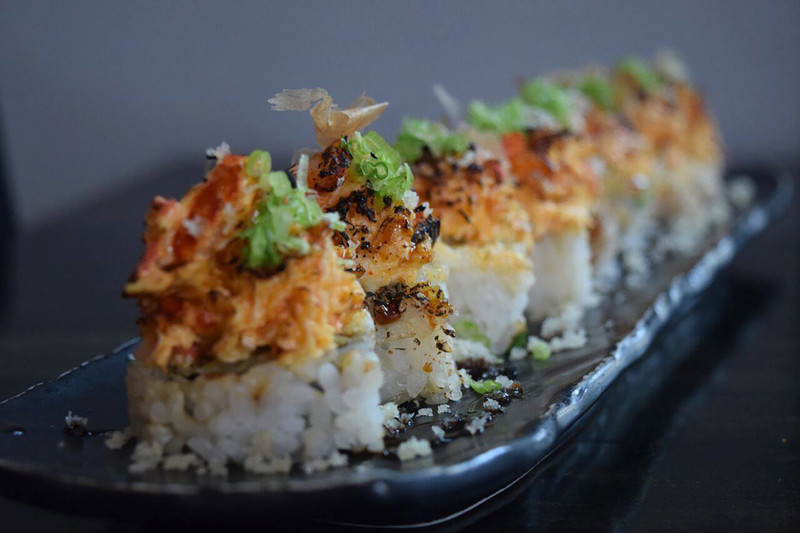 Monkey 68
If you're more into the giant sushi roll type of restaurant, heat to Monkey 68. The owners of One Sushi + and Katana Teppanyaki & Sushi opened the restaurant in downtown Roswell in summer 2017. Besides an extensive sushi menu, Monkey 68 offers diners creative Asian fusion dishes like Korean Gumbo, bang bang steak and stir-fried edamame.
Monkey 68 is at 1073 Green St., Roswell. Connect with the restaurant on Facebook, Twitter and Instagram. 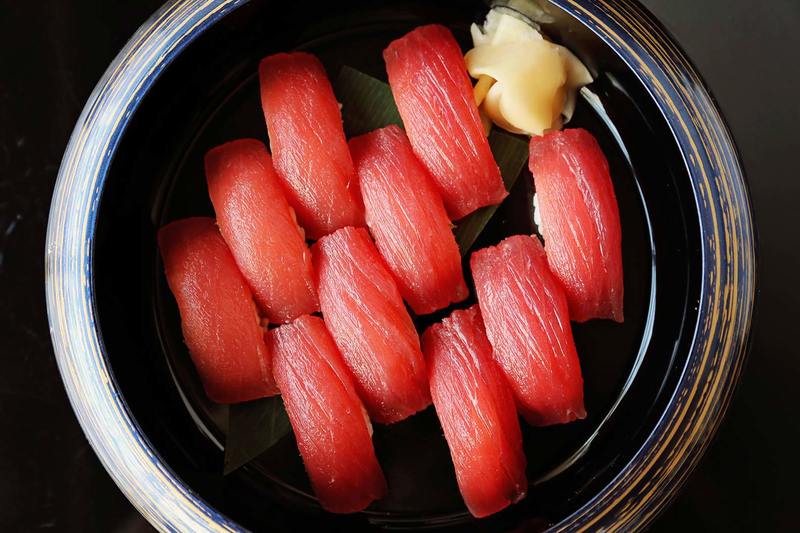 Umi
Stylish Umi is the place to be and be seen in Buckhead, with excellent sushi to boot. In addition to ultra-fresh fish, Umi's chef Fuyuhiko Ito offers well-prepared takes on contemporary Japanese cuisine. Be on the lookout for celebrities at the bar.
Umi is at 3050 Peachtree Rd. NW, Atlanta. Connect with the restaurant on Facebook, Twitter and Instagram.

Texas
Fukumoto
Born in Japan, chef Kazu Fukumoto worked his way from dishwasher to sushi chef. He served as head sushi chef at Musashino Sushi Dokoro in Austin before heading back to Tokyo, where he learned how to create traditional yakitori. In 2015, he returned to Austin and opened his eponymous Fukumoto: Sushi & Yakitori Izakaya, where he creates sushi and Japanese cuisine in a gastropub setting.
Fukumoto is at 514 Medina St., Austin. Connect with the restaurant on Facebook and Instagram. 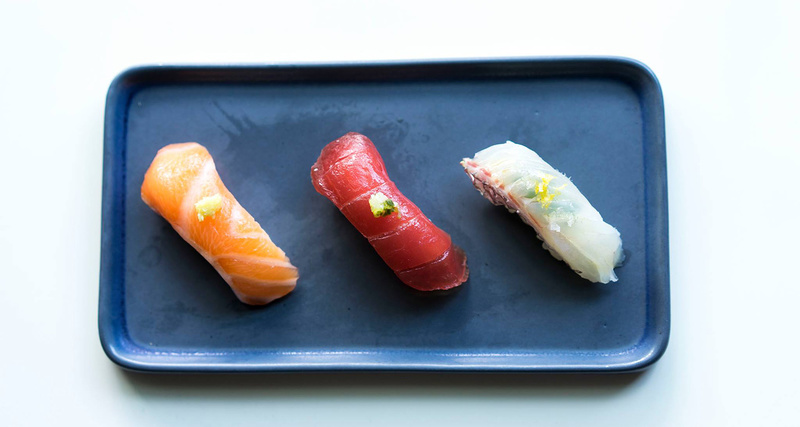 Uchi
Run by James Beard Award-winner Tyson Cole, Uchi and its sister restaurant, Uchiko, offer some of the best sushi in Texas. Started in Austin, the restaurant now also has locations in Dallas, Houston, and outside the South in Denver. The restaurant has strict sustainable sourcing policies, which means only the freshest and best fish are used in its dishes. Cole’s sushi creations are innovative, but he doesn’t forget about the classics either. Named by Thrillist as one of the best sushi restaurants in the country, Uchi shines with its creative twists on the classics, such as the Machi Cure, "a concoction of smoked yellowtail, crisp yuca, almonds and pears.”
Uchi is at 801 S. Lamar Blvd., Austin; 904 Westheimer Rd., Houston; and 2817 Maple Ave., Dallas. Connect with the restaurant on Facebook, Twitter and Instagram.

Tei-An
Now entering its second decade, Dallas sushi and soba restaurant Tei-An is still garnering accolades. For the full experience, make sure to book a reservation for an omakase meal, which will include sashimi and soba, which is made daily in house, along with chef Teiichi Sakurai's interpretation of traditional Japanese dishes.
Tei-An is at 1722 Routh St., Ste. 110, Dallas. Connect with the restaurant on Facebook and Instagram. 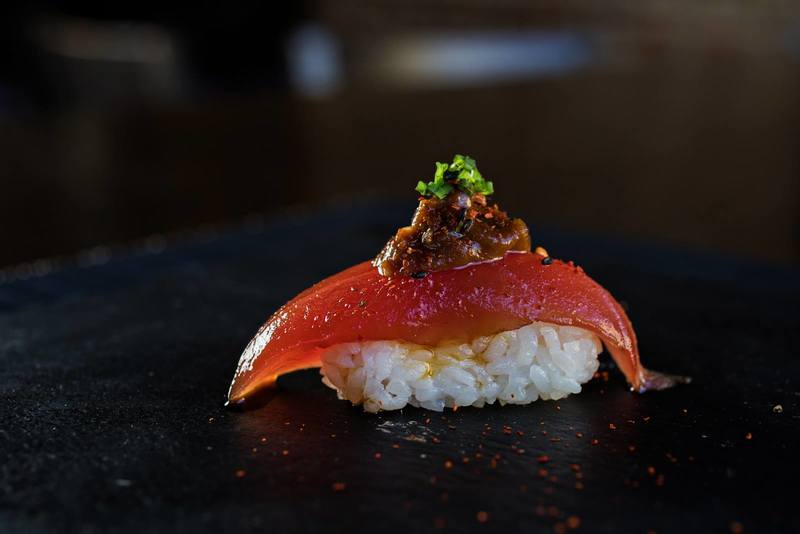 Charleston, South Carolina
O-Ku
O-Ku’s signature dishes are innovative takes on classic Japanese fare. Along with starters and signature entrees, O-Ku’s sushi is created using ingredients from the best fish markets in Hawaii and Tokyo. The menus vary between its flagship location in Charleston and its secondary locations in Atlanta, Charlotte, Raleigh and Washington, D.C., but diners will be satisfied with everything on each menu.
O-Ku is at 463 King St., Charleston; 1085 Howell Mill Rd. #A3, Atlanta; 2000 South Blvd. #510, Charlotte; 411 W. Hargett St.; Raleigh and 1274 5th St. NE, Washington, D.C. Connect with the restaurant on Facebook, Twitter and Instagram.

Nashville, Tennessee
PM
If you’re looking for an affordable late-night sushi fix, head to PM in Nashville — the sushi bar is open every day until midnight. Some of the specialty rolls on the menu include the Godzilla (salmon, shrimp tempura, crab stick and cucumber), the Belmont (a tempura fried roll filled with tuna, salmon and crab stick), and the AM Fire Roll (a spicy crab and hamachi roll with tuna on the outside).
PM is at 2017 Belmont Blvd., Nashville. Connect with the restaurant on Facebook and Instagram.