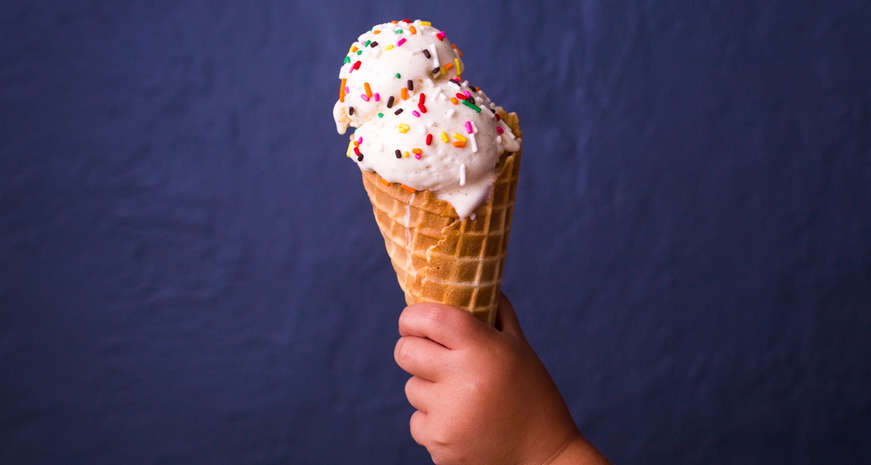 The best Southern ice cream shops to try out this weekend

Throughout the South, there are plenty of ice cream shops that will give you a frozen sugar rush. From seasonal flavors to endless toppings, these popular ice cream shops will allow you to create the ice cream sundae of your dreams or enjoy a few scoops on a sugar cone.

We can't promise you won't get a brain freeze, but we can promise a trip to each of these shops will be delicious. 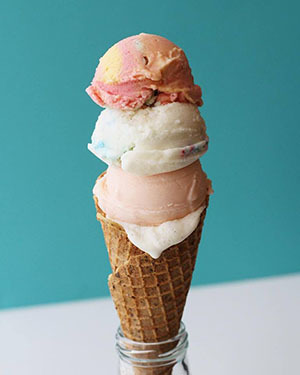 You can find ice cream from Loblolly Creamery throughout Little Rock, but for a true traditional frozen treat, head to Green Corner Store, where the creamery churns out gallons of rich ice cream every day. Some inventive flavors on the menu include vanilla coconut sorbert and blackberry sweet corn ice cream.

Jaxson’s in Dania Beach, Florida
The ice cream at Jaxson’s in South Florida is not for the faint of heart. Their kitchen sink sundae comes in a — you guessed it — kitchen sink. A minimum of four people is needed to order this sweet treat. You can choose as many flavors and toppings as you would like in this monster of a dessert.

Butter and Cream in Decatur and Roswell, Georgia 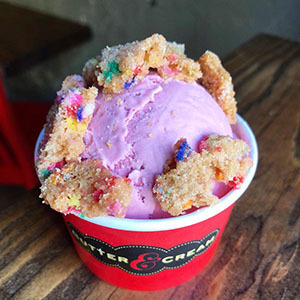 At Butter and Cream, a lot of detail goes into creating small-batch ice cream, including baking the add-ins, such as cookies, in the store. If you’re gluten-free, no worries. The shop notifies customers which flavors to avoid and which ones their gluten-free customers can enjoy.

Runners up in the Peach State? Leopold’s Ice Cream has been a favorite in Savannah since 1919. From milk shakes to banana splits, it’s worth waiting in the long lines for a taste of this delicious ice cream. And you might just spot a celebrity in the classic ice parlor, as everyone from Tom Cruise to Jennifer Lopez have stopped by for a taste of Leopold's famous ice cream.

Morelli’s is an Atlanta favorite that channels a menu full of flavors that range from kid-friendly to sophisticated. The salted caramel is sweet and salty and only three people know how to make it. If you’re going to Morelli’s, we recommend the salted caramel as the perfect place to start when you’re constructing your sundae.

Creole Creamery in New Orleans, Louisiana
Creole Creamery is a New Orleans favorite. The décor feels like you’ve stepped back into the past, but the ice cream flavors show innovation and creativity. Doesn’t peach Riesling sound like a treat? 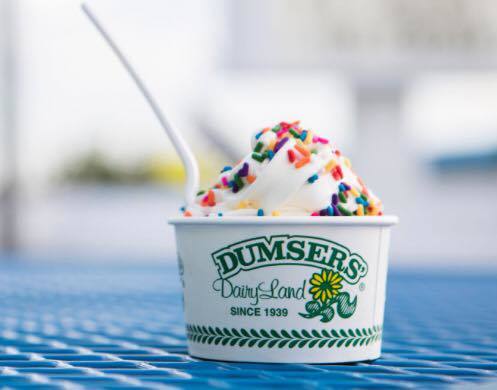 If you're closer to the Charm City, head to The Charmery, which is located right around the corner from Johns Hopkins University in Baltimore. For a true Maryland experience, try the Old Bay ice cream.

The Parlour in Durham, North Carolina 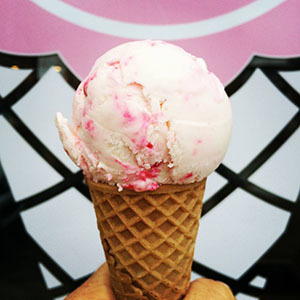 Started in a converted school bus, The Parlour found a permanent location when it opened a its first brick and mortar store in Durham in 2012. All of its ice cream is made with 18-percent butterfat, for an ultra rich and creamy texture. All of the additional toppings and pastries available at the shop are made from scratch.

Sweet Cream Company in Columbia, South Carolina
Expect a menu full of sophisticated flavors like brown sugar bourbon and lemon basil at Sweet Cream Company. The shop is known for its fresh buttery waffle cones and “pillowy lemon sugar cookies” that are available for crafting ice cream sandwiches. Don’t expect to add any additional toppings, as its proprietors want the "flavor of the ice cream itself to shine.” 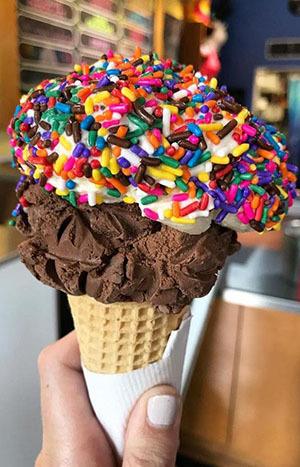 Pied Piper Creamery in Nashville will definitely give you a sugar rush. One of their most outrageous flavors is Trailer Trash, which is a blend of vanilla, Oreos, Butterfingers, Twix, Reese’s Pieces, Snickers, Crunch bars and M&Ms.

Amy’s Ice Cream in Austin, Texas
Amy’s Ice Creams has been making ice cream in Austin for the past thirty years. Over 1,000 flavors have been created at the shop, and today its daily rotation includes 350 flavors. Don’t worry, it has plenty of topping options as well. Along with an Austin store, Amy’s also has locations in San Antonio and Houston.

Looking for other Texan treats? From locally sourced ingredients to environmentally friendly spoons, sustainability plays a huge role at Fat Cat Creamery in Houston. Try one of its five signature flavors, like milk chocolate stout or chai tea coconut, or a seasonal option like bourbon pecan pie. 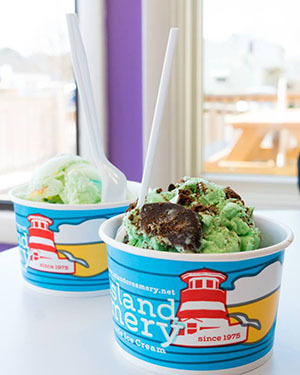 Island Creamery has been a favorite for Virginians since 1975. The shop is located on Chincoteague Island and some of its flavors pay homage to local traditions like the annual pony swim. Try the pony tracks (a peanut butter and fudge swirled concoction) the next time you’re on the Eastern Shore.

Mike's Ice Cream and Coffee Bar in Nashville, Tennessee
This ice cream shop finds itself on our list as a personal recommendation from Southern Kitchen's Chef Jeffrey Gardner. When visiting Mike's, step out of your normal ice cream routine and swap out vanilla for a scoop of blackberry cornbread or pralines and cream. And while you're changing things up, swap out a regular cone for a shake, sundae or try a Italian affogato.