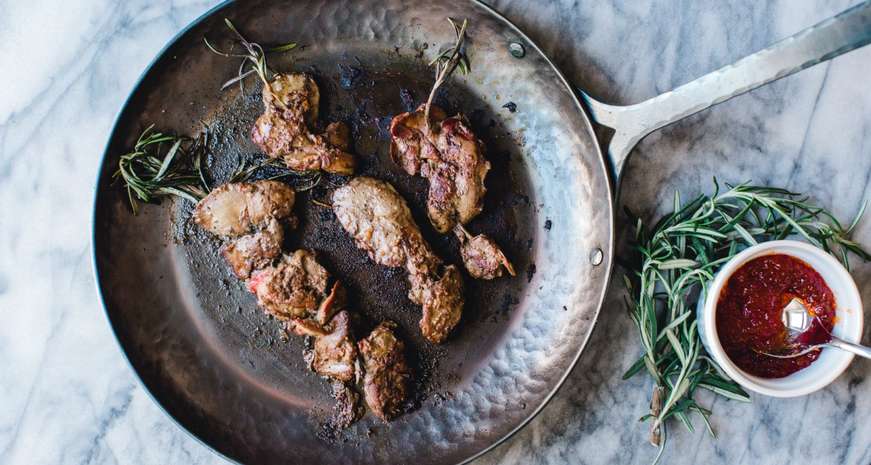 What's the difference between carbon steel and cast iron?

The answer: Yes, but the differences are subtle.

The materials used for making both carbon steel and cast iron are similar. Carbon steel clocks in at around 99 percent iron and one percent carbon, while cast iron can contain up to three percent carbon, in addition to iron. This seemingly minute difference in composition actually makes a big difference in how the pans can be shaped. That extra two percent carbon in cast iron makes the material far more brittle than carbon steel — this is why cast iron skillets typically have more angular sides than the rounded sloped edges of carbon steel. Cast iron pans are also, as the name implies, always made by "casting" in a mold, and they tend to have a more irregular, bumpy, grain. Carbon steel pans, on the other hand, are able to be made from large sheets of metal, which makes the resulting pans stronger and less pourous than cast iron. Carbon steel pans are also, typically, thinner and therefore lighter than their cast iron counterparts. 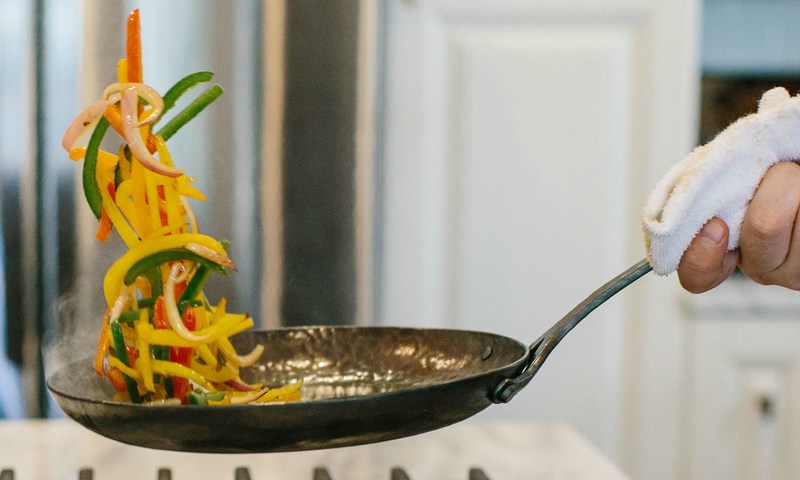 You can see these differences just by looking at a cast iron skillet next to carbon steel; however, as much as these properties make the pans visually different, they function in similar ways. Both cast iron and carbon steel are great at retaining heat, and they can acquire remarkable nonstick properties with proper seasoning and maintence. They can both go from oven to stovetop, no problem, and neither should ever go in the dishwasher. Both carbon steel and cast iron are also poor conductors of heat; they tend to have hot spots no matter what cooking surface you're using. They also both are made with reactive metals, so you'll never want to simmer a long-cooked marinara sauce in 'em.

So what's the difference? It goes back to the shape of the pan. As we mentioned above, cast iron pans typically have taller, sharply angled sides, so they make great vessels for shallow frying or baking cakes and cornbread. 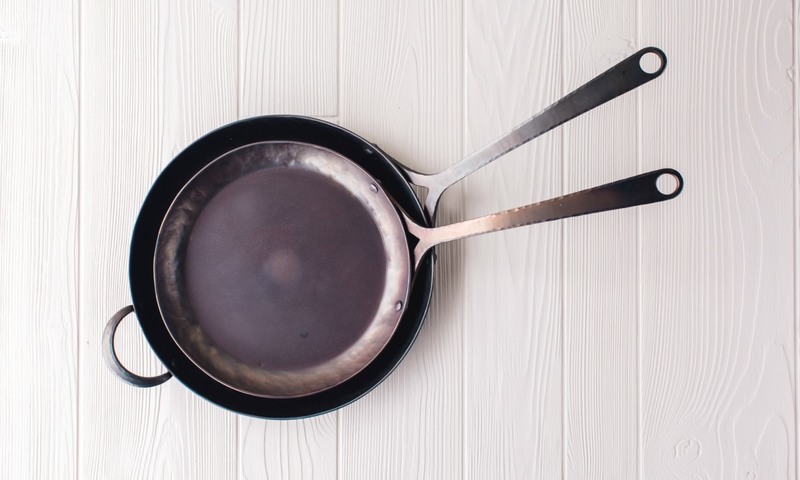 Carbon steel pans, especially those from Blanc Creatives, have shorter, gently sloped sides, which are perfect for tossing and stirring quickly-cooked dishes, like stir fries or simple sauteed vegetables. You can, of course, use both pans for searing steaks and hamburgers, although we prefer to use carbon steel for more delicate seafood. We've found that our Blanc carbon steel pans take on nonstick properties far quicker and easier than cast iron, so we've been searing scallops and and fish in them more regularly than in cast iron.

Those gently sloped, wider sides of the Blanc roaster also give us much more room to roast large pieces of meat than our cast iron skillets, so we prefer to use cast iron for smaller roasting tasks and carbon steel for family suppers — but this is more of a factor of form rather than function. Similarly, the low sides of the Blanc skillets make it easy to sear things like skewered kebabs, or in the case of one of our favorite new recipes, chicken livers on rosemary sprigs. The deep sides of our cast iron skillets would have made those challenging to flip. Again, though, this is a form factor, albeit a notable one.

Really, though, it all comes down to preference. Both carbon steel and cast iron are excellent, everyday, multi-use pans that'll stand the test of time in anyone's kitchen.

Ready to get cooking? Here are some recipes to get you into the kitchen with your carbon steel skillet:
Roast Chicken Under a Brick
Seared Chicken Livers with Hot Pepper Jelly
Whole Roasted Snapper with Caper Butter Sauce
Pan-Roasted Fish with Herb Compound Butter
Brussels Sprouts with Country Ham
Crawfish Succotash

How to clean and season your carbon steel skillet

How to clean and season your carbon steel skillet