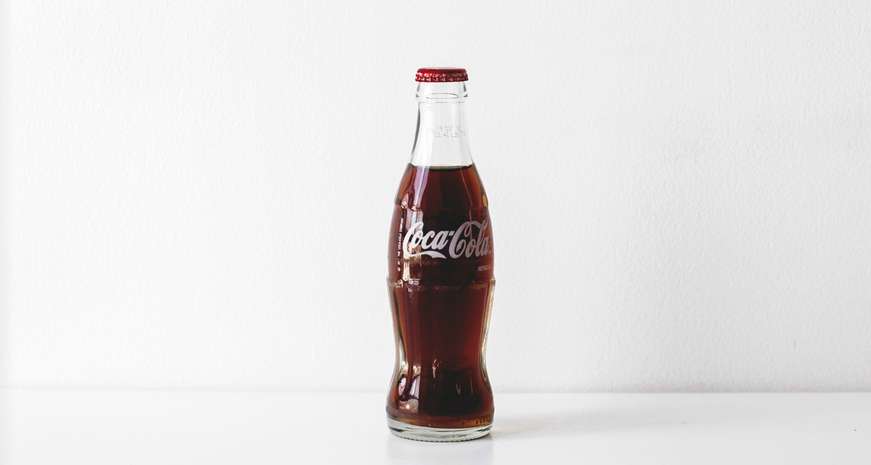 What you should (and should not) cook with Coca-Cola

Coca-Cola is the undisputed bottled beverage king of the South. Headquartered in Atlanta, the soft drink juggernaut enjoys such popularity that it even finds its way into some of our favorite foods.

From more common applications like chocolate cake to intriguing options like marinades for beef and pork, the sweetness and effervescence of the sugary soda enhances a variety of dishes. But here's the thing — it doesn't work everywhere. We've found recipes online for Coke-infused desserts that did nothing to complement the soda, or the dessert, for that matter. With these tests in mind, here are some dos, don'ts and, of course, recipes for incorporating the South's favorite soda in your next meal.

Do: Use it as a braising liquid
Coca-Cola can easily become your new favorite ingredient when you're cooking large cuts of meat. Adding the soda to a traditional braise in place of red wine swaps out some of wine's tannic qualities for a subtle sweetness, which is perfect for cuts like brisket and pot roast. Reduce the cooking liquid after removing the meat to further intensify the spiced flavors of the soda and to create a more refined sauce for your finished dish.

If you’re more a fan of grilled meats (or you're reading this story in warmer weather), dazzle your guests with an unexpected side dish of sweet onions simmered in Coke. The cola adds depth of flavor to the onions themselves, hurries along the caramelization process (hello, sugar), and the acid in the soda even helps the onions maintain some structural integrity. Sounds like the perfect sausage topper to us.
Try it in this recipe
Or this recipe 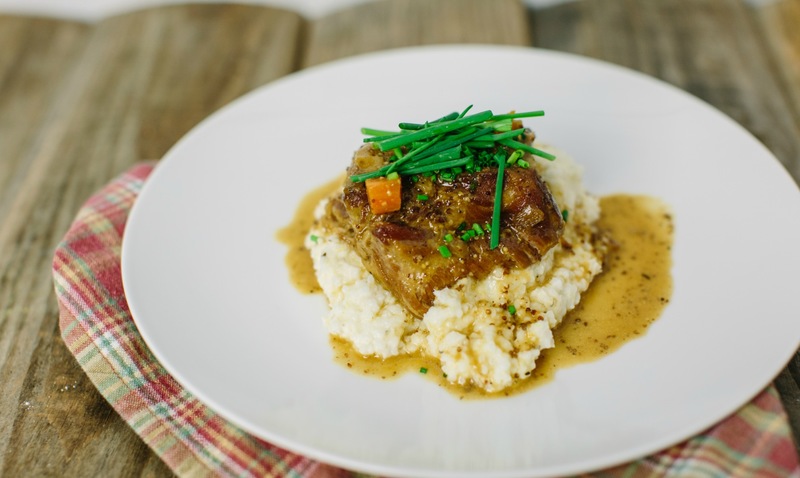 Do: Use it in savory marinades
Although loaded down with a hefty dose of high fructose corn syrup (or cane sugar if you opt for Mexican Coke), Coca-Cola can, perhaps surprisingly, offer a variety of applications for savory dishes. Because much of this sweetness is balanced out with distinct acidity, Coke can act as a balancing ingredient in many recipes.

This acidity, which comes by way of phosphoric acid, is also a fantastic meat tenderizer. Indeed, most effective marinades for beef, pork and lamb use some type of acid, typically citrus or vinegar, to break down some of the proteins and connective tissues in the meat. In theory, pouring pure Coke over a steak or pork shoulder will cause the proteins to denature and tenderize; however, it likely won’t taste very good without a flavorful supporting cast. When Coke is paired with soy sauce, for example, the result is a sweet-salty-umami bomb that tastes like it’s traveling down the road to becoming a fine teriyaki or Korean barbecue sauce.
Try it in this recipe

(But) Don't: Let meat marinate too long
If you're using a lot of Coca-Cola in your marinde (and, hey, you probably are), make sure to watch that soaking time. Any time meat is left in a very acidic marinade for a long time, it will denature and tenderize too much. Ever had mushy grilled pork or beef kebabs? They've likely been sitting in that marinade all day. We advise you max out your marinating time at eight hours. 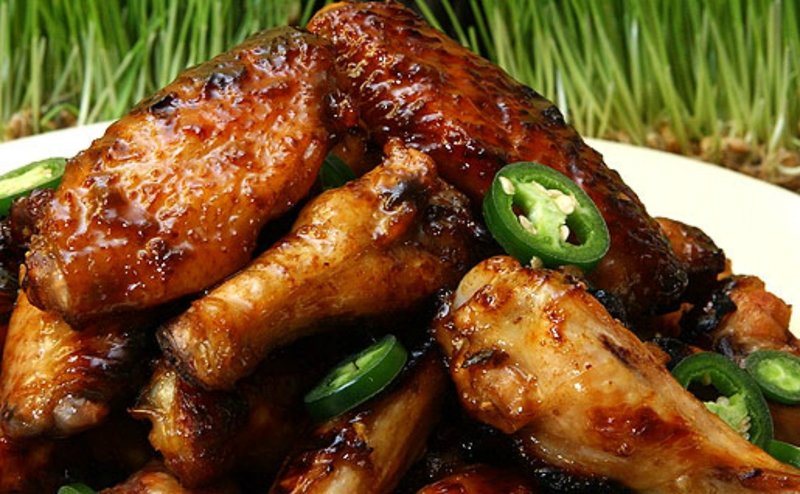 Do: Use it to glaze chicken wings
Simmering Coca-Cola evaporates all of the excess water in the soda to leave behind a thick, molasses-like syrup. At this stage, the concentrated Coke is practically begging to be used as a glaze on grilled or roasted meats, especially chicken wings. As the soda reduces, adding aromatics like garlic cloves, ginger or jalapeño peppers will add more complexity. Add a few shots of a dark vinegar, such as sherry or balsamic, to give the sauce more zip and better balance. Just be sure to closely monitor the sauce to prevent it from over-reducing or scorching.
Get the recipe

Don't: Use it as a substitute in baking
Online recipes abound for things like Coca-Cola brownies that swap out all of the eggs and butter for soda. While this vegan trick may please butter-eschewing bakers, it is not a wise move. When we tested some of these recipes, they turned out spongy, gummy, and … just weird. The carbonation in the cola certainly leavens the brownies, but there is nothing in there, flavor- or texture-wise that'll tell you, "This here is a brownie." Our general rule is to avoid any recipes that are missing fat, or use Coke as a substitute for any of the liquid ingredients. 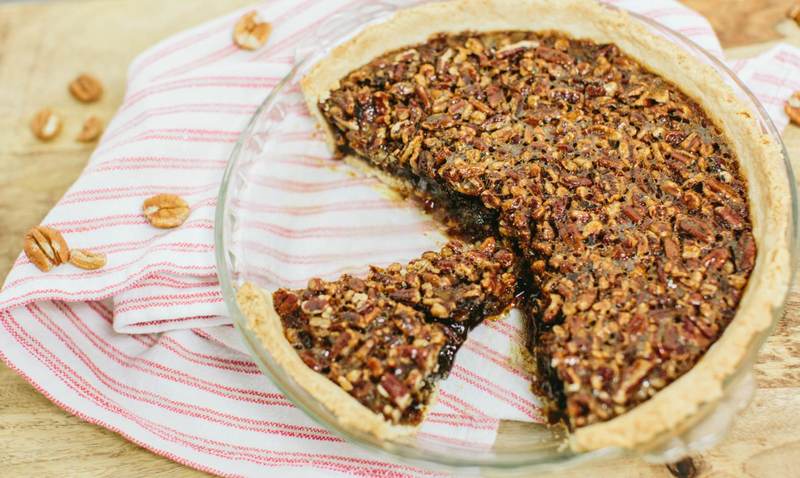 Do: Use it in pecan pie
If you have the patience and a large enough pot to reduce a substantial amount of Coca-Cola, you can use the thick reduction in the same manner as corn syrup in the base of a classic pecan pie. It'll make for a totally Southern addition to any Thanksgiving spread, or simply a unique potluck dish.
Try it in this recipe

Don't: Put it in doughnuts (do put it on them)
Coca-Cola doughnuts sound delicious, but they're really, just, not. Adding the soda to the batter produced doughnuts with the mouthfeel of overly dense chocolate cake; however, using the soda as part of the glaze worked much better. Even better: Coke's flavor is far more pronounced when you don't cook or bake with it, so simply whisk together powdered sugar and Coca-Cola until you've got a dippable glaze. Top with chopped toasted pecans for added texture.
Try it on top of this recipe 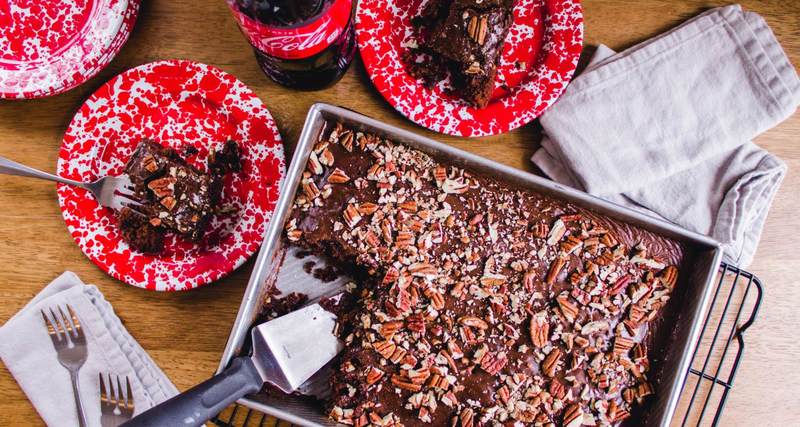 Do: Put it in Coca-Cola cake
In baking, we use Coca-Cola more for its chemical properties than for actual flavor. When the Coke’s acidic ingredients mix with sodium bicarbonate (a.k.a. baking soda), the mixture produces excess carbon dioxide, visible as tiny air bubbles. These bubbles help give cakes and other confections some added leavening. But, as we mentioned above, choose recipes with caution; look for cakes and other baked goods with familiar ingredient lists (flour, butter, sugar, baking soda, eggs), such as our Coca-Cola cake recipe. Due in part to the presence of fat coming from butter and oil, the finished cake is fluffy, moist and flavorful.
Get the recipe
Get (another!) recipe

See all of our Coca-Cola recipes