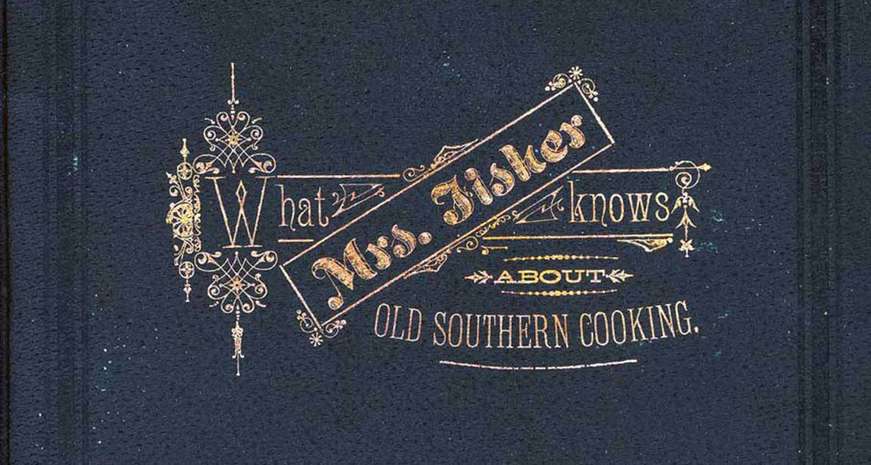 Toni Tipton-Martin has been on a mission to tell African-American history through cooking and cookbooks. Her award-winning book, The Jemima Code: Two Centuries of African American Cookbooks, which took years to complete, involved finding and cataloging over 350 cookbooks by African Americans.

Recently she found a really rare one — a book that would be the gem of any African-American cookbook collection. Published in 1881, it’s called What Mrs. Fisher Knows About Old Southern Cooking, and it’s so important to Tipton-Martin that she started a GoFundMe campaign to raise $10,000 in order to purchase the book. 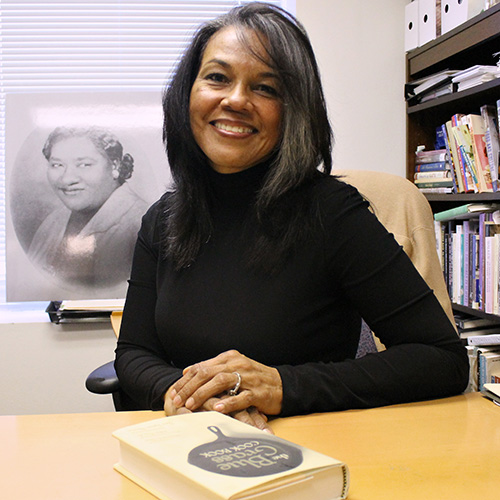 She had limited time: The book went on sale March 31, and while it unfortunately appears that an administrative issue kept her from putting down the winning bid, she exceeded her goal in just 20 days. It appears a lot of people agreed with her — at least 156 donors — that this book is worth it. I took a few minutes to ask her why.

Q: Toni, why is this book important?

Abby Fisher was formally enslaved in North Carolina, but she also made a living for herself in the business sphere. Fisher and her husband left the South and had a company in northern California. She was an entrepreneur, and her level of entrepreneurship suggests a way that we can use food for economic independence.

She and her husband built their business not by depending on the traditional foods of survival that are typically associated with African-Americans. She took her knowledge and made pickles and preserves, which is no small thing. Foods back then required knowledge of sanitation, hygienic, and botulism. So her skills of fermentation and preservation suggest a level of skill that we don’t often associate with African-American cooks at that time.

Q: Why a fundraiser for this particular book?

A: The pursuit of this book has been a passion project for me from early in the beginnings of The Jemima Code Project. There are a few copies that turn up and go on sale every three or five years.

I actually lost this book before. A friend called and said a book dealer in San Francisco has just posted a new collection of books online, and that Abby Fisher’s book was one of them. I pulled my car over, got out my credit card, and made the purchase. A little while later, the book dealer called me and said my transaction had crossed with someone else’s, and that I really didn’t get the book.

When it came available this time, friends on Facebook who knew about my pursuit of this book encouraged me to start a campaign by telling me how important the work was to them. So, it isn’t that I’m naive enough to know The Jemima Code isn’t making any difference — it’s doing well. I’ve spoken to enough audiences in person over the past few years to see the emotion that rises and bubbles over in people, whether they’re white or black, when we start talking about these women.

Q: What do you plan to do with books like this?

A: I do have plans for the collection, including a movie. Ultimately, my collection will be donated somewhere; I’m not exactly sure where. I hope by the time that’s a question, food studies will have a larger audience in communities of color so that it will be easier to decide where it will go. 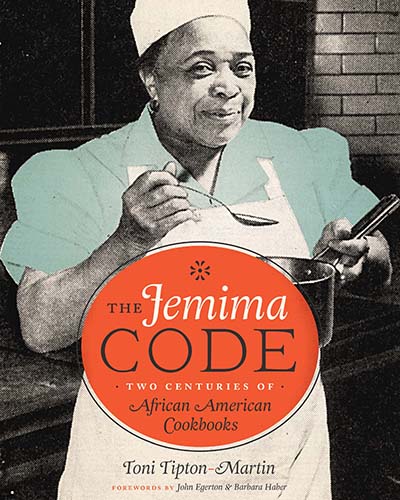 Q: Why are cookbooks valuable?

A: Women use recipe books as a way to reconstruct their lives, especially at a time when women had fewer opportunities for advancement or artistic expression, or during any other way women have been oppressed, cookbooks were an innocuous way to take a stand—and in the case of black authors, to set the record straight.

The most common visible theme that runs throughout all the black cookbooks is the sense of uplift and the desire and determination to be represented in contrast to the way that they’re being portrayed to the broader community, to the extent that Southern cooking is often not the food of choice.

Q: Can cookbooks that are written today have value in the future?

A: I think the Internet has created a unique opportunity for cookbook authors today to establish a permanence beyond just a collection of ingredients and instructions for making a dish.

We have the opportunity to identify social changes, advances, and changes in history through a cookbook. Not all books do that—some are just a collection of recipes. But because you can get that online now, it’s going to return responsibility of telling broader stories to cookbook authors of the future.

It’s one of the reasons that it’s taking me so long to do this next cookbook. I am intentionally trying not to plop down 500 more recipes for meatloaf and deviled eggs. Those recipes will be there, but there will be a social relevance to them, because I think that’s important.

Q: What’s your next book?

A: It still has a working title, and it will probably come out in late 2018. It will be recipes that express the joy of African American cooking and the food we prepared when resources permitted. It will be a collection of recipes from the books in The Jemima Code. I’m looking at reclaiming recipes that people prepared at part of the black elite. It takes another look at our food beyond survival cooking. 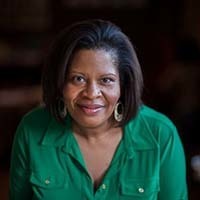 Shaun Chavis lives in Atlanta, Georgia. She writes and edits cookbooks for publishers such as Time, Inc. Books, and for food, health, and tourism companies. Shaun studied culinary arts and gastronomy in Boston, and then quickly returned to the South to enjoy longer tomato seasons.