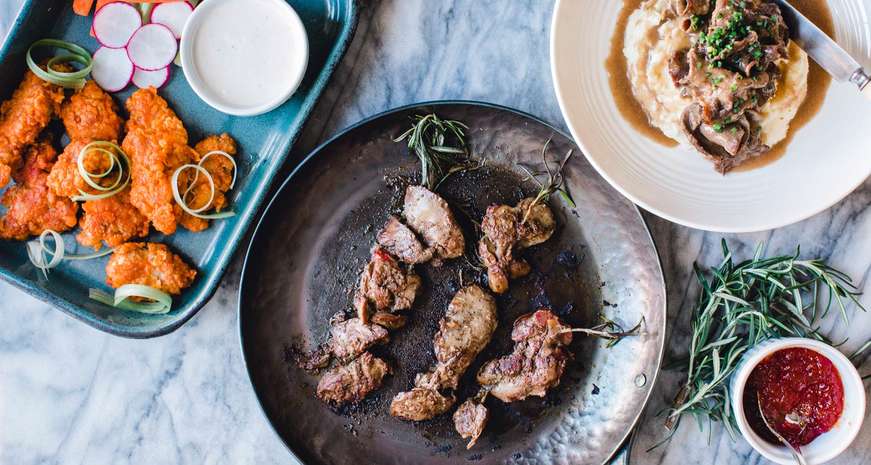 We turned these 3 unusual cuts of meat into “offally” good eats — and you can, too

Let’s admit it, most of us get a little squeamish when we think about eating organs and less common cuts of meat, such as feet, ears and tongues. As the 1980’s Wendy’s commercial famously said, “Parts is parts.”

However, over the past ten years, skilled restaurant chefs have ushered in a new appreciation for offal and other once-neglected animal parts, turning peasant fare into some of the tastiest food in the country. If prepared correctly, these cuts can be dream-worthy, far from the foods of your childhood nightmares. 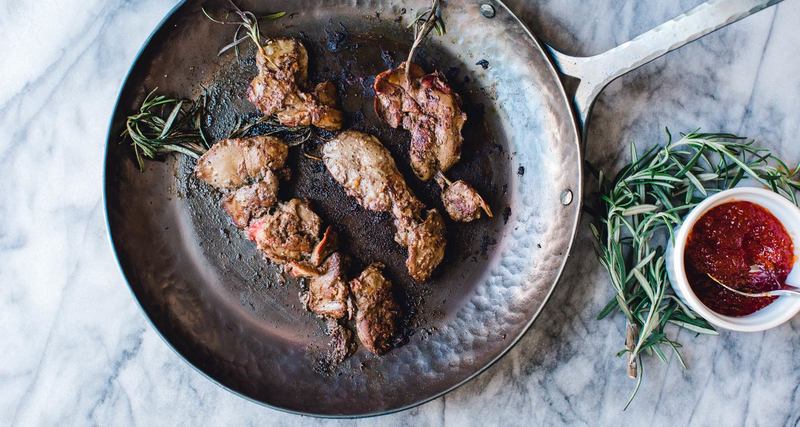 Rosemary-Skewered Chicken Livers with Hot Pepper Jelly
If you grew up in the South, chances are high that you’ve eaten chicken livers in some form or another. Many fried chicken joints once served crispy livers and gizzards alongside drumsticks and breasts. Chicken livers frequently find their way into Cajun dirty rice, while intrepid cooks enjoy theirs charred on the grill.

To best capture the natural flavor of chicken liver, try cooking them over direct heat, such as in a cast iron skillet or carbon steel pan. The livers become nicely caramelized, while a skewer made from rosemary provides deep herbaceous notes. To minimize some of the strong iron-y flavor often associated with liver, don’t cook them beyond medium doneness. A little pink is acceptable; gray, grainy and bitter is not. And in case your livers start to become a little too funky, we pair them with hot pepper jelly. The heat, acidity and sweetness provided by the jelly contrasts wonderfully with the rich livers.
Get the recipe 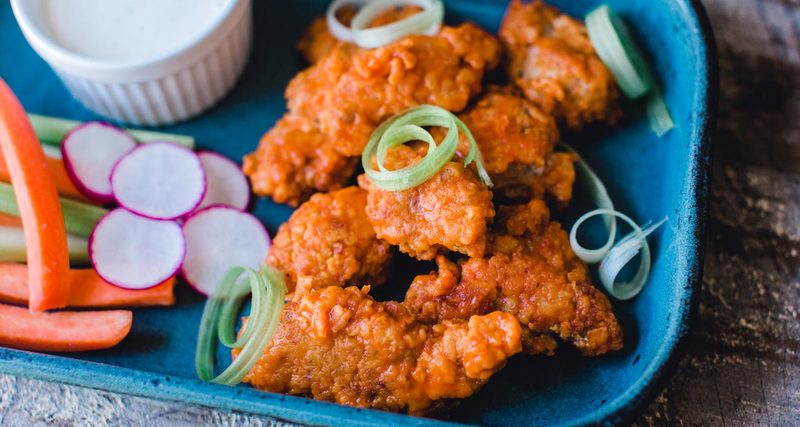 Buffalo Sweetbreads with Blue Cheese Dressing
With a name forever destined to confuse diners, sweetbreads are, believe it or not, a fantastic introduction to offal or organ meats. They're not a sweet confection; rather, sweetbreads are the thymus gland (or in some cases, pancreas) of an animal, typically veal or lamb. If prepared correctly, they can evoke the texture and flavor of a chicken nugget.

Why not treat them like nuggets, or else their slightly-more-grown-up analogue, boneless chicken wings? To do so, you'll first need to remove an outer membrane — the best (and easiest) way to do that is by quickly poaching the glands. After the tough membrane has been trimmed away, all that’s left to do is soak in buttermilk, dredge in flour, then shallow fry our faux wings until crisp and golden brown. At that point, we like to toss the bronzed sweetbreads in Buffalo sauce and serve alongside crunchy veggies and a tangy, creamy blue cheese dressing. Try making these a part of your next game day spread for a real conversation-starter.
Get the recipe 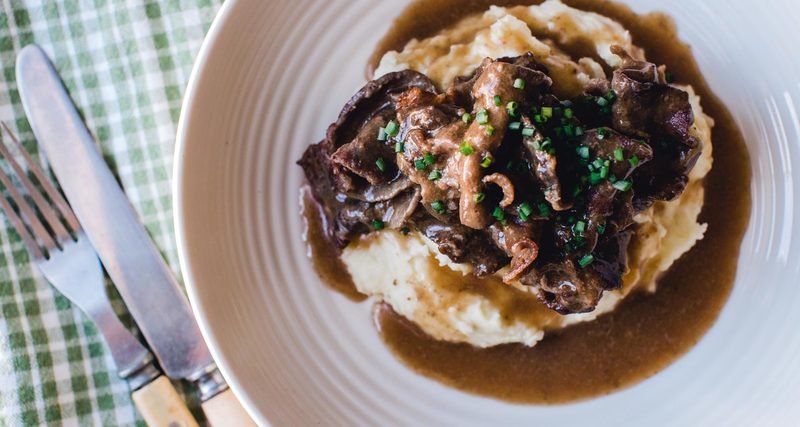 Braised Beef Tongue with Onion Gravy
Though not technically considered an organ meat, beef tongue gets a bad rap, mostly because its the shape. When you see a ribeye in the supermarket, it might be difficult to imagine that meat as a part on the steer. With tongue, there is no mystery: You’re unmistakably staring at the cow’s taste muscle. But we encourage you to give it a try. Because the tongue sees constant activity, there is a lot of connective tissue inside, which translates to big beefy flavor on the dinner plate.

Beef tongue is frequently likened to pot roast, so we’ve created a recipe that treats the lickers in a similar manner. First, the tongues are simmered with aromatics until tender, then peeled of their tough outer skin. Next, the meat is sliced and then simmered once again in a light onion gravy. Plate up the beef and gravy over hot mashed potatoes, and then dig in one of the tastiest cuts of beef available.
Get the recipe