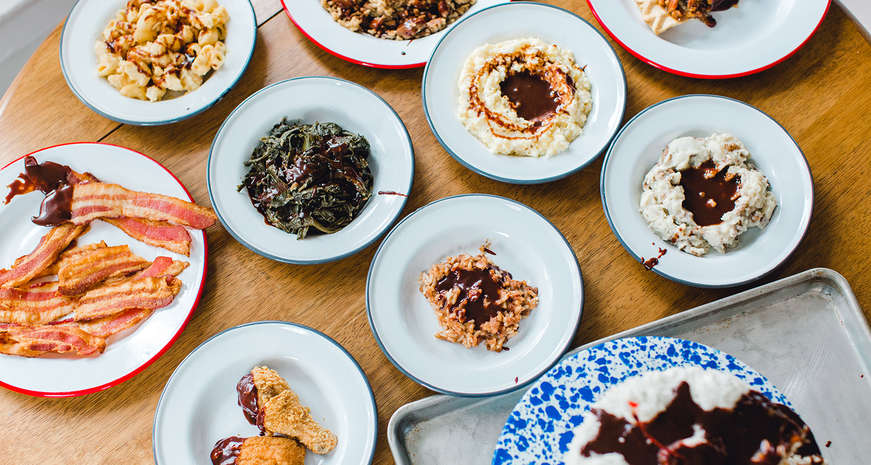 We took 13 classic Southern dishes and smothered them in chocolate

We might be a little biased, but we absolutely love chocolate, whether it’s drizzled on top of a cupcake, coating strawberries or simply in the form of a candy bar. On Valentine’s Day, we’ll definitely be snacking on a chocolatey treat.

Chocolate is a versatile ingredient that works with many different flavors and foods. So, we decided to celebrate Valentine’s Day a little differently this year. What would happen if we took 13 classic Southern dishes and covered them in chocolate? We’re not just talking about dipping desserts in chocolate. We tested everything from red beans and rice to fried chicken to answer the eternal, burning question: Will it chocolate?

Southern Kitchen Associate Editor Kate Williams, Chef Jeffrey Gardner and Visual Content Producer Ramona King took on the challenge of smothering, drizzling and dipping these foods with and into chocolate and, yep, taking a bite.

It turns out chocolate doesn’t pair well with everything. Click the arrows above to find out which foods can chocolate and which ones were disastrous fails. (And if you want to see us in action, make sure to click through to the end!)

All photos taken by Ramona King 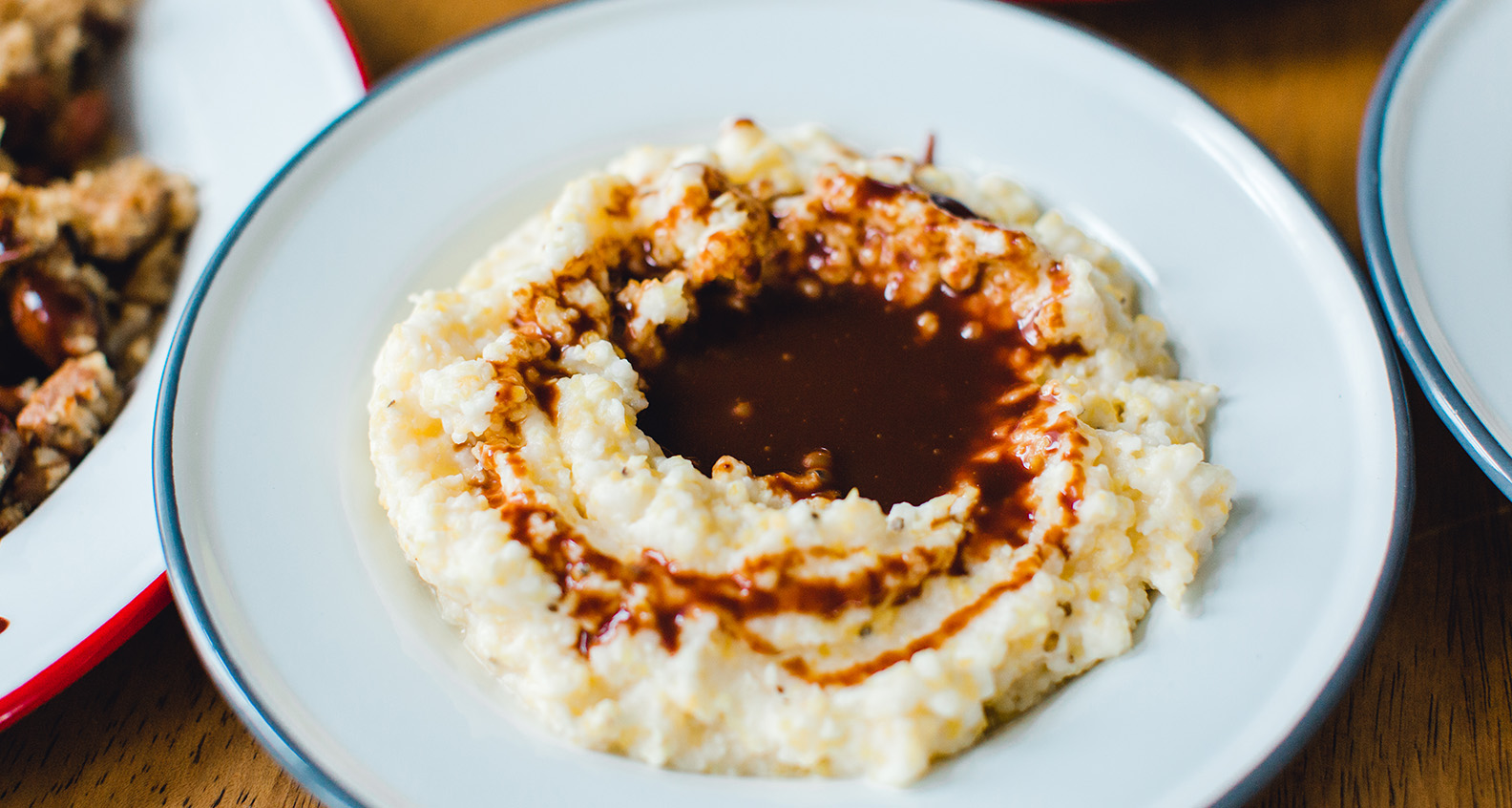 Will it chocolate? Surprisingly, yes. The chocolate acts as a gravy and its sweetness, weirdly enough, works well with the savory flavors of the grits. The team was shocked how well the combination worked. As Williams put it: “It’s not disgusting.” 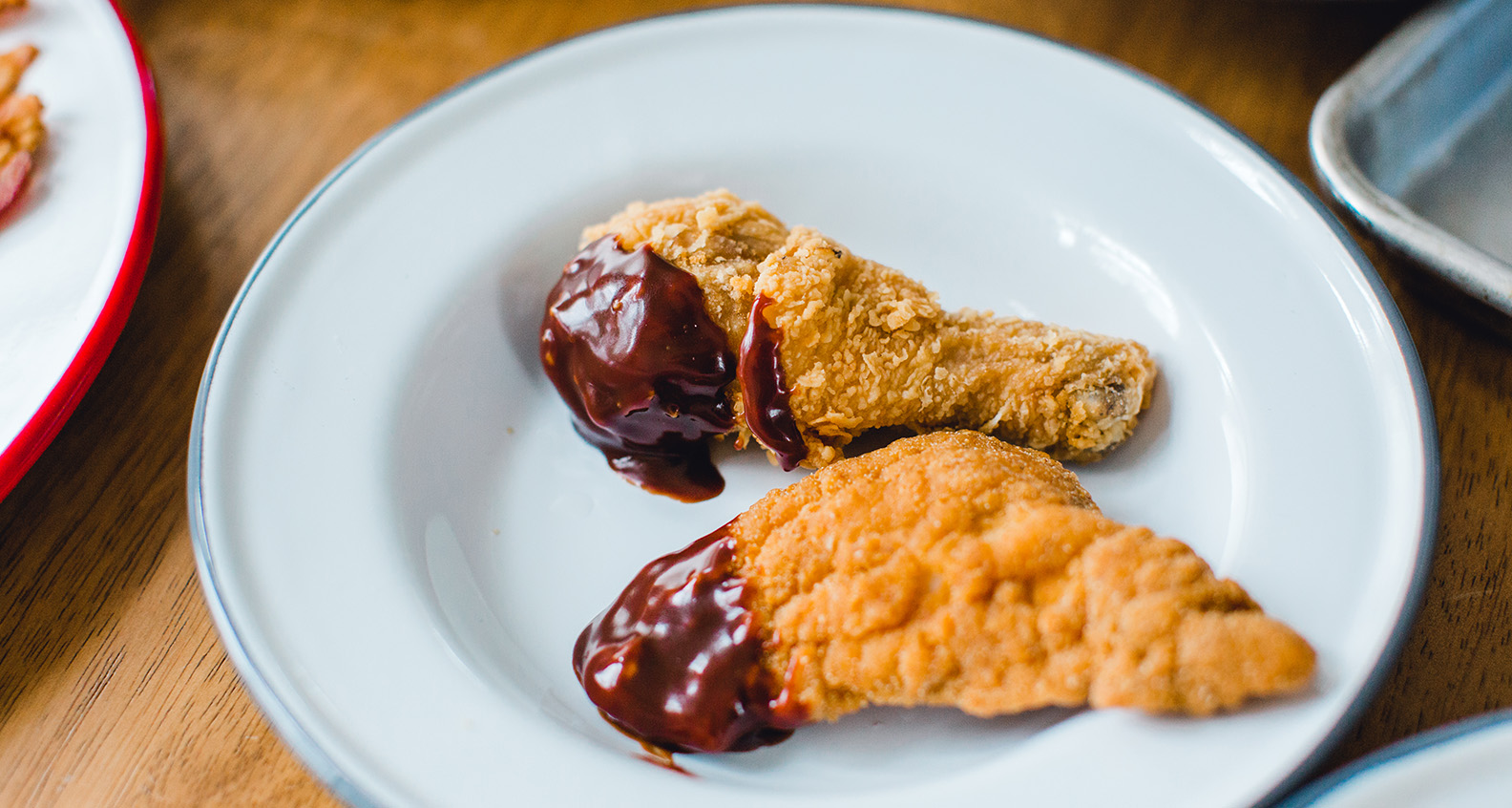 Will fried chicken chocolate? No. No. No. We were really rooting for the chocolate-covered fried chicken, but it was clear when Williams bit into the drumstick and quickly rushed to the garbage to spit it out. Gardner was also surprised by how bad the pairing was. After trying the fried catfish, Gardner remarked that the “chicken was far worse than the catfish.” This was a total fail, by far the worst pairing out of all of the foods we tasted. 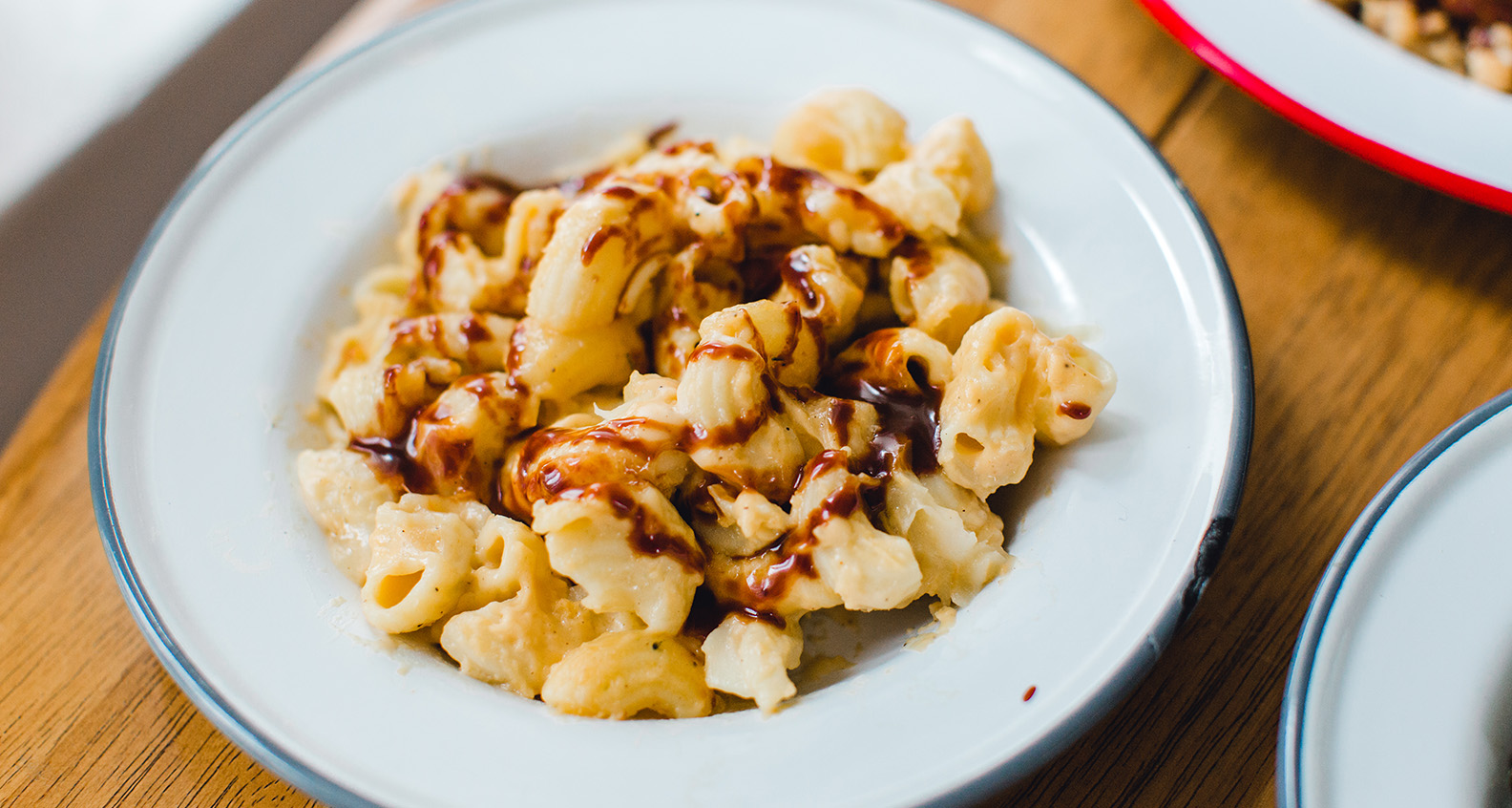 Will it chocolate? No, not really. Our tasting panel had many mixed reactions while tasting macaroni and cheese. Instead of drowning the mac in chocolate, we delicately drizzled it on top, which, perhaps, was its saving grace. The chocolate didn’t overwhelm the dish, but it was not something we would recommend adding to any cheesy dish. “It’s not my least favorite,” King said after taking a few bites. This was a hard fail for Williams, who reacted to her bite with a chorus of no’s. Gardner said “the sweetness of the chocolate brings out the smokiness in the cheddar,” but at the end of the day, we'll always prefer adding bacon or lobster to our mac and cheese. 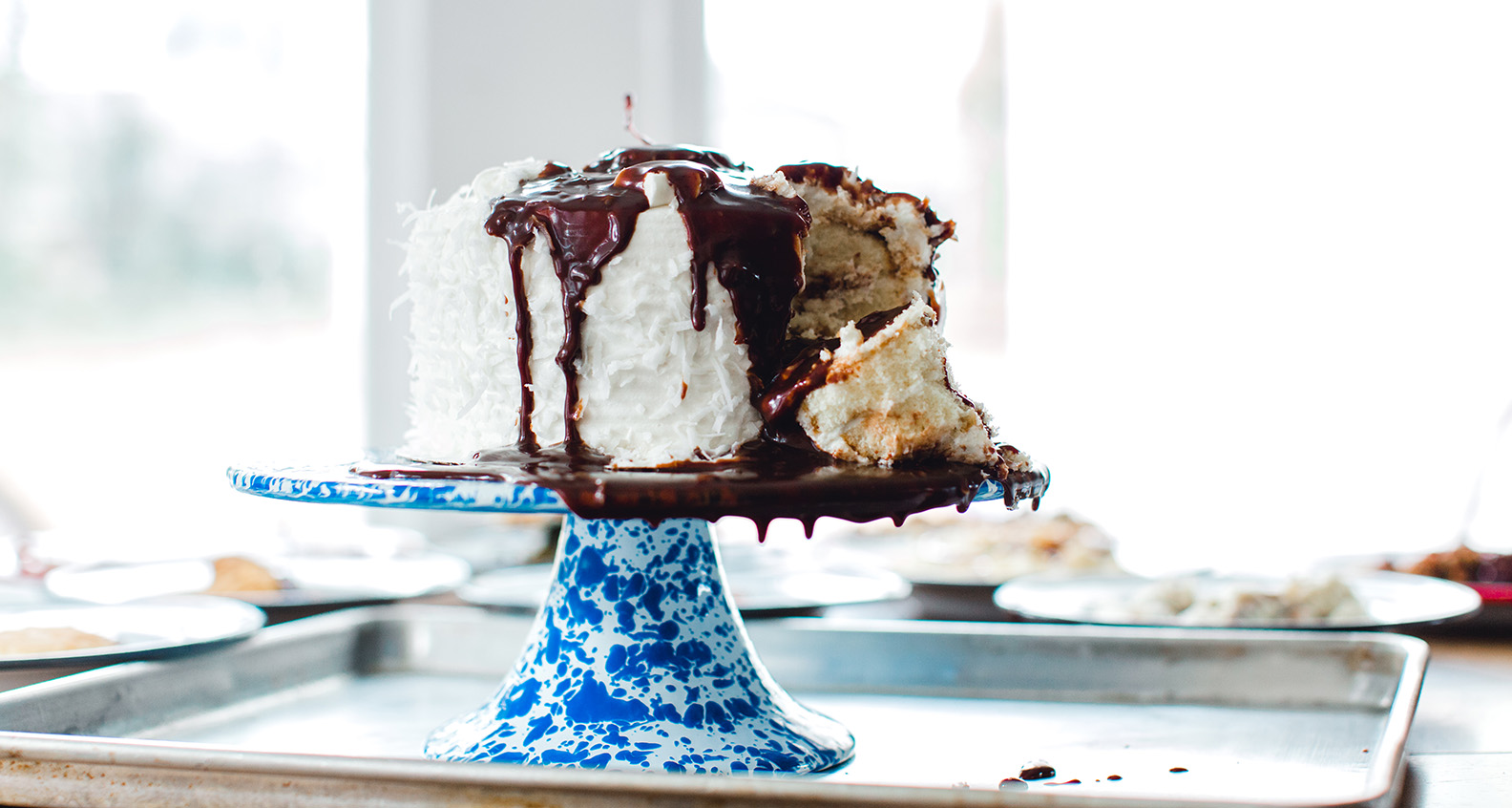 Will it chocolate? Yes. Coconut cake is delicious by itself, but it’s even better with a drizzle of chocolate. If your sweetie is a chocoholic, impress him or her on Valentine’s Day with a slice of coconut cake covered in ganache. 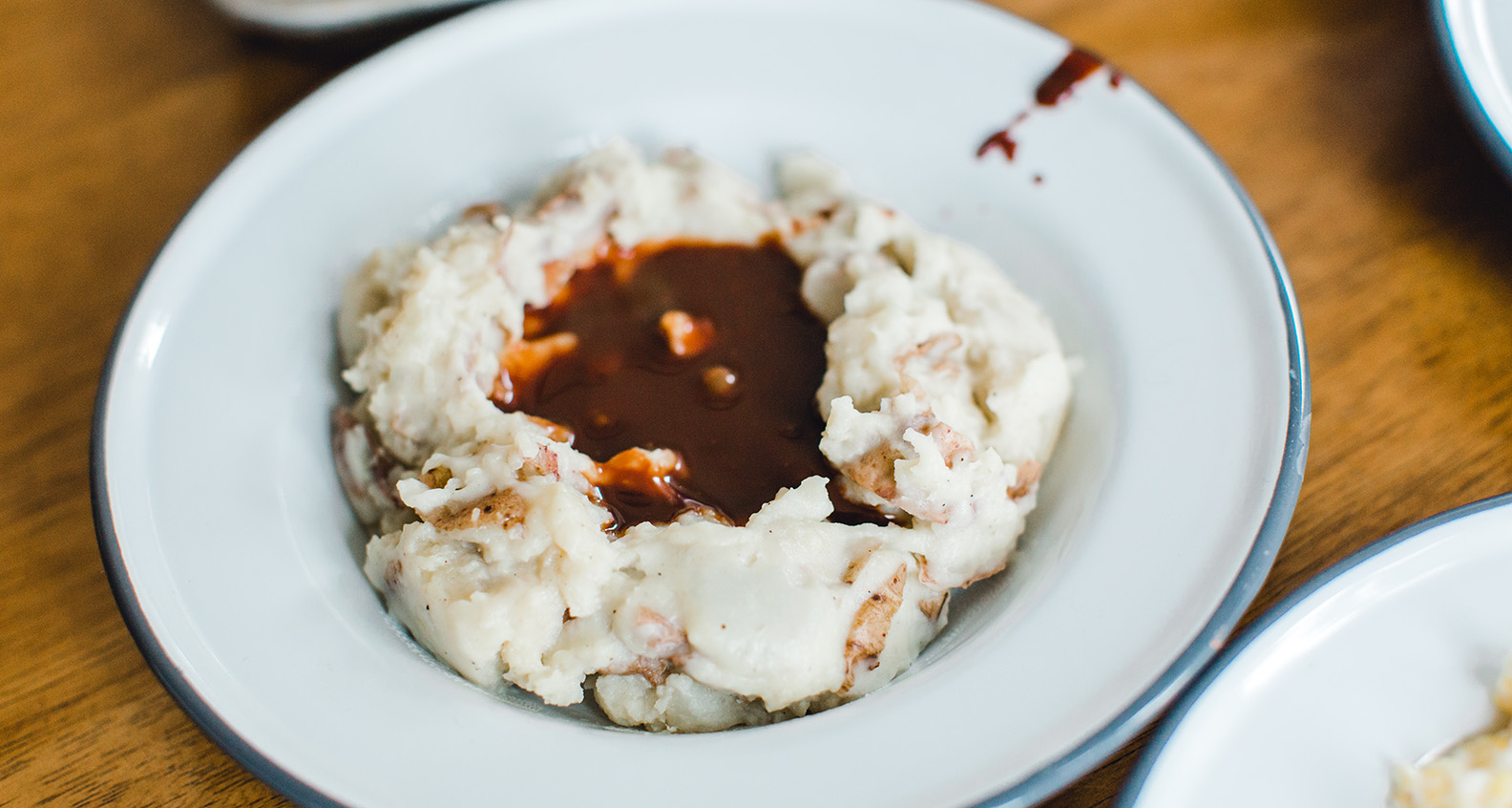 Will it chocolate? Yes. As we learned with the grits, chocolate works well with starchy dishes. Again, the chocolate "gravy" added a depth of flavor to the mashed potatoes. “It could be worse,” Williams said. Gardner was also surprised. “I’m not upset by eating this,” he said. “I’m pleasantly surprised it didn’t suck.” 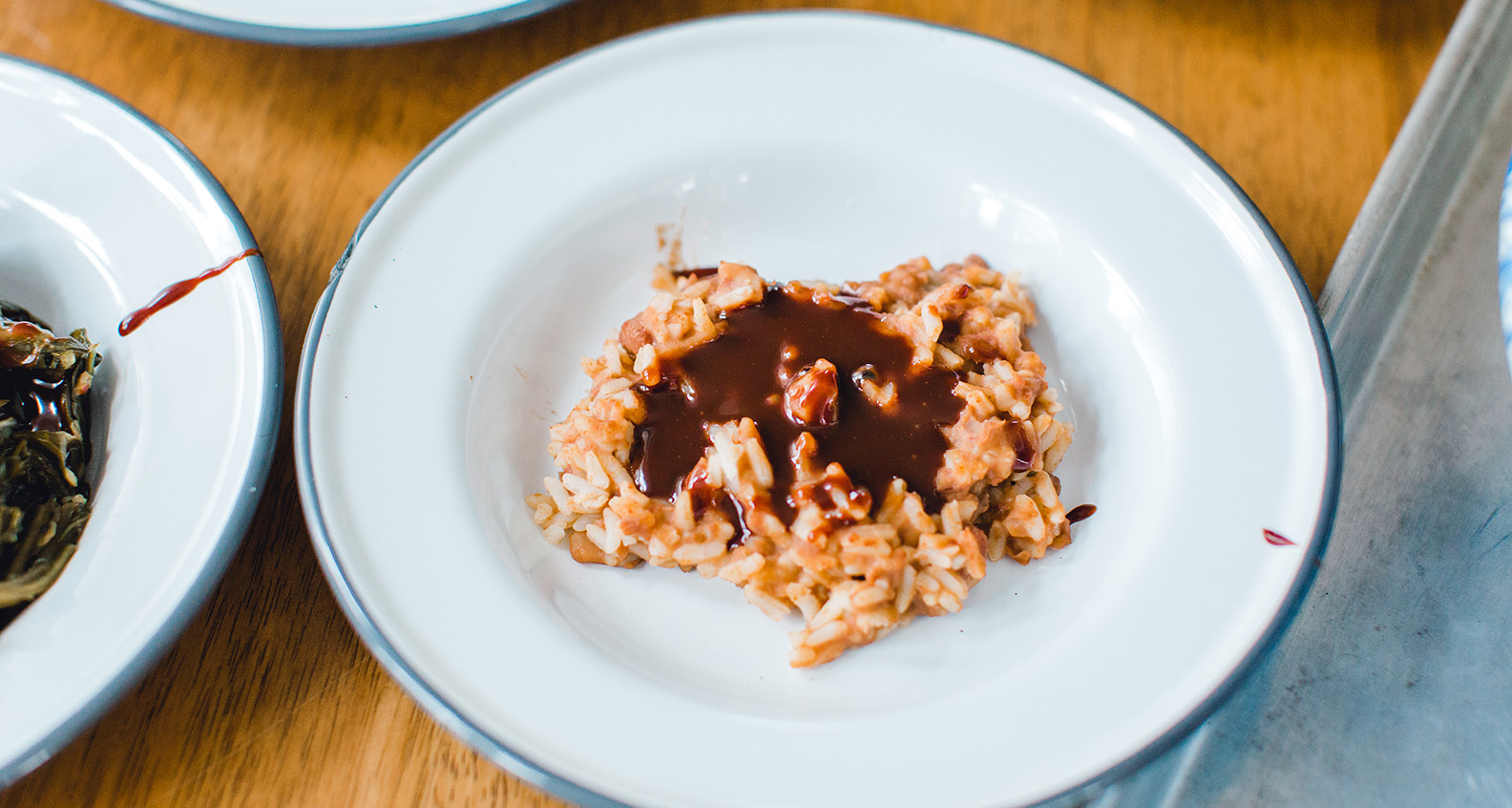 Will it chocolate? No. Unlike the other starchy dishes we tried, adding chocolate to red beans and rice is just plain gross. King, who went into the tasting with an open mind, was disgusted after tasting this abomination. “It’s nasty,” She said. “If I’m gagging, you know it’s not good. It’s an epic no for me.” 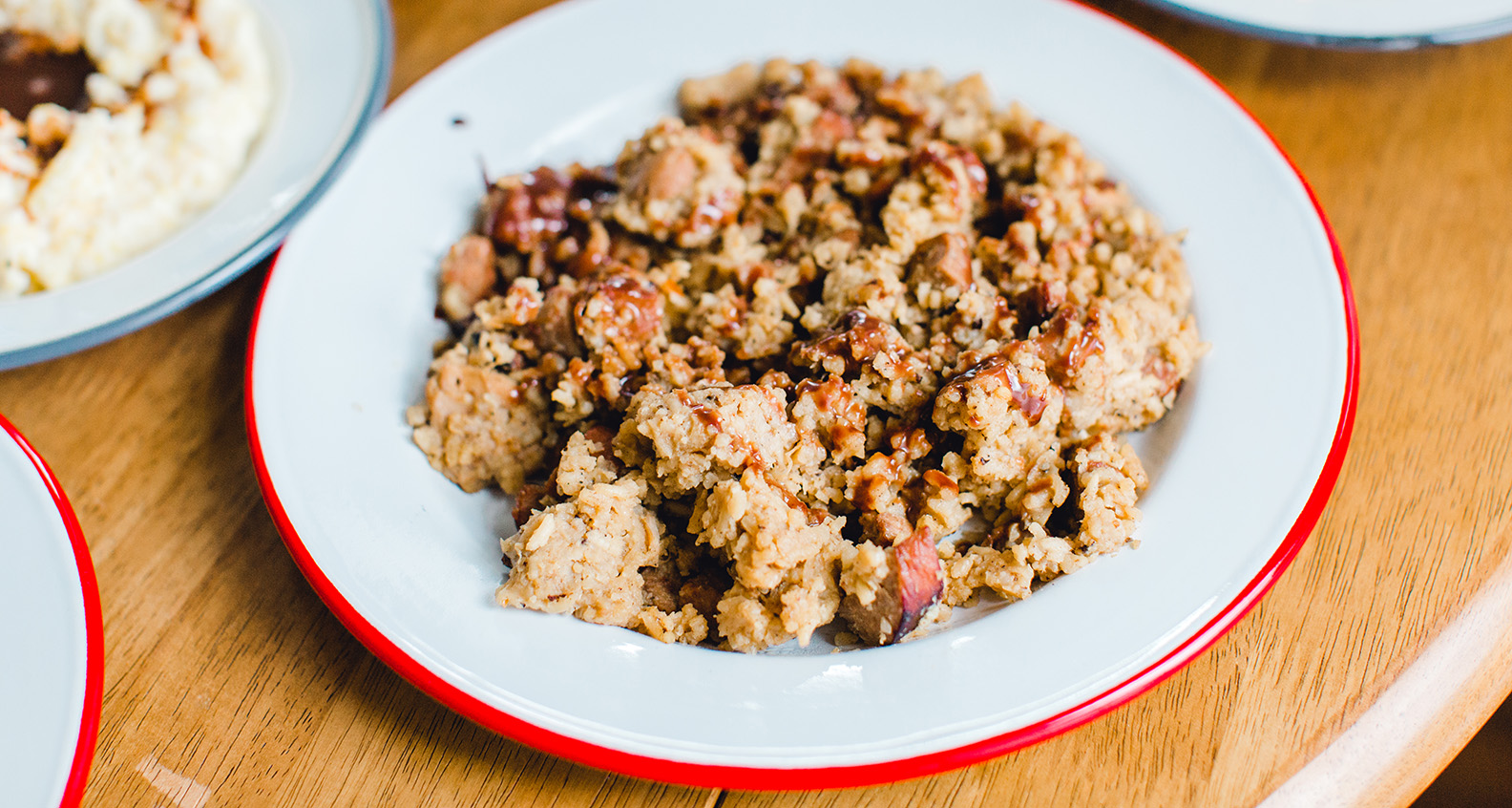 Will it chocolate? Yes. We did, however, drizzle the chocolate over our jamalaya, allowing the spices of the jambalaya to dominate. If you wanted to get a fuller chocolate flavor, you'd need to give it a bigger scoop. Is it necessary to add chocolate to jamabalaya? Probably not, but it does put a twist on the classic Southern dish. “It’s okay,” Williams said. “It’s not revolting, but it’s nothing I would eat again.” 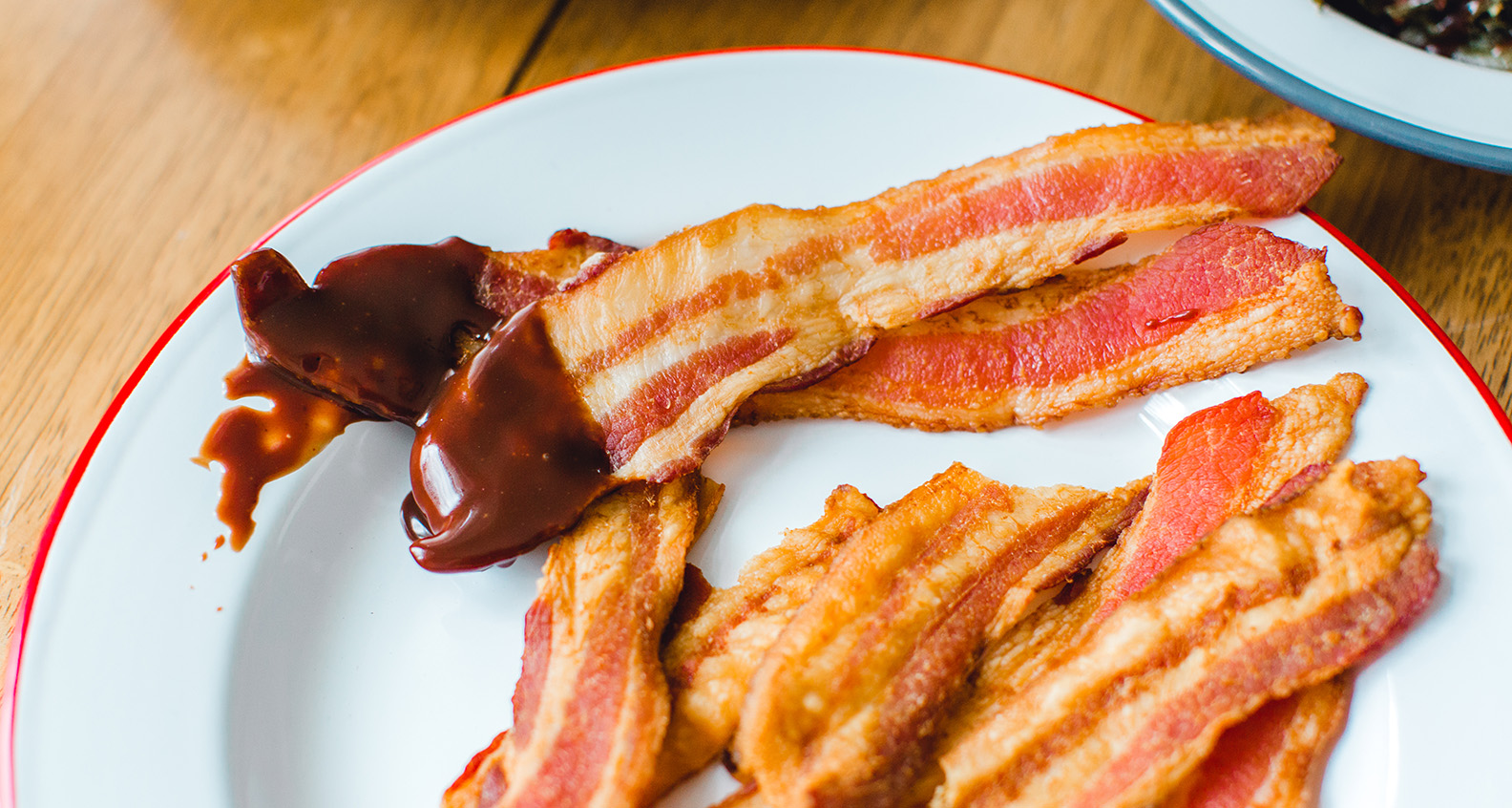 Will it chocolate? Yes. Yes. Yes. Chocolate-covered bacon brings together two of our favorites foods into one bite. It’s a sweet and salty treat that you can enjoy at breakfast, lunch, dinner or dessert on Valentine’s Day. To make the best chocolate-covered bacon, we recommend a drizzle of chocolate on a freshly fried piece. For true chocoholics, it might be tempting to dip the entire strip of bacon into chocolate — and you can do that if you really want to — but we prefer to use a more demure proportion. 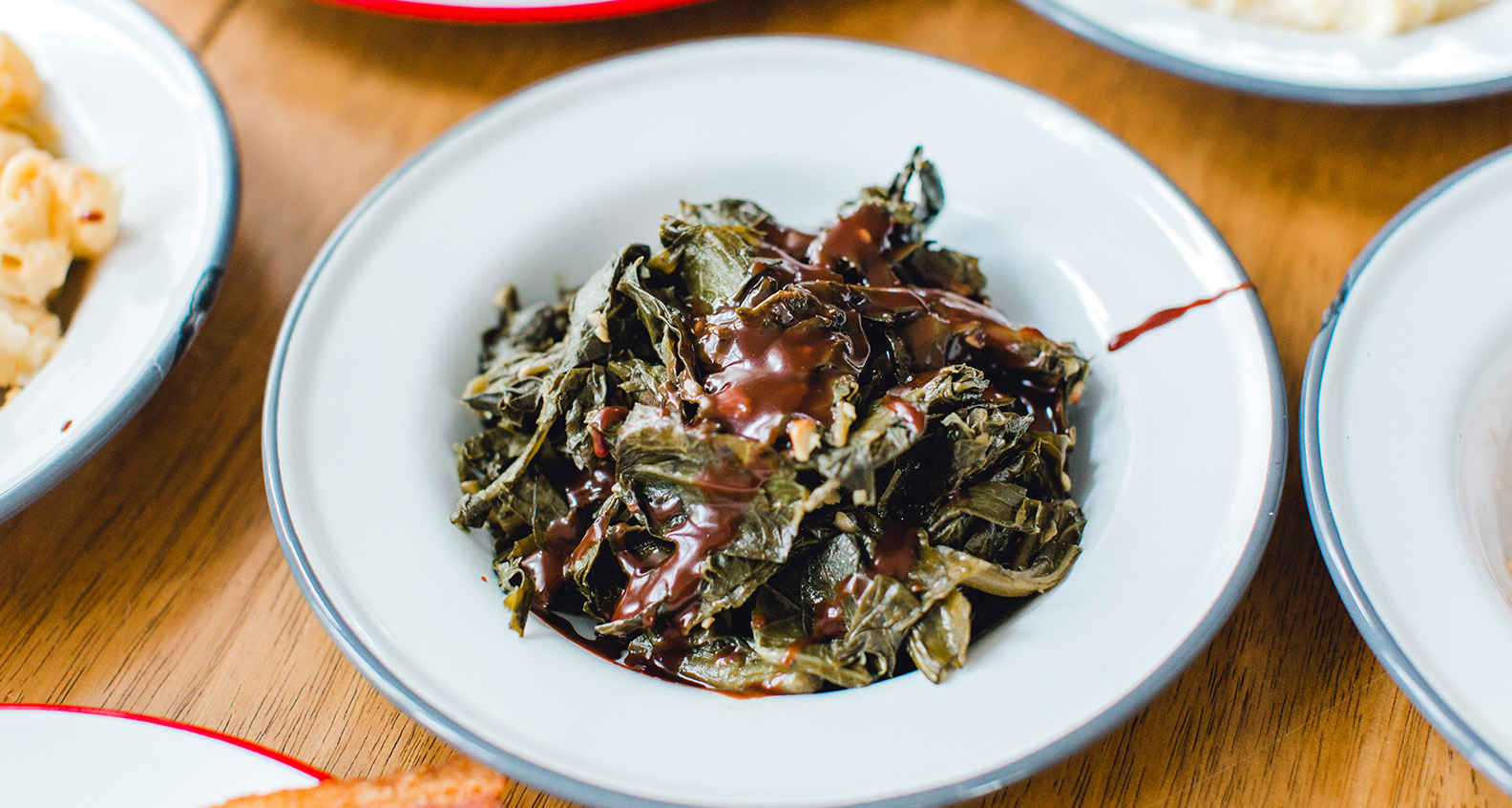 Will it chocolate? No. Just don’t do it, not even with a small chocolate drizzle. Sometimes sweet and savory flavors can come together in harmony, but it is simply not the case for chocolate and collard greens. “Bleck,” Gardner exclaimed. “This is actually the worst pairing out of the bunch.”  After taking a bite, Williams grimaced and said “Not good, not good at all.” 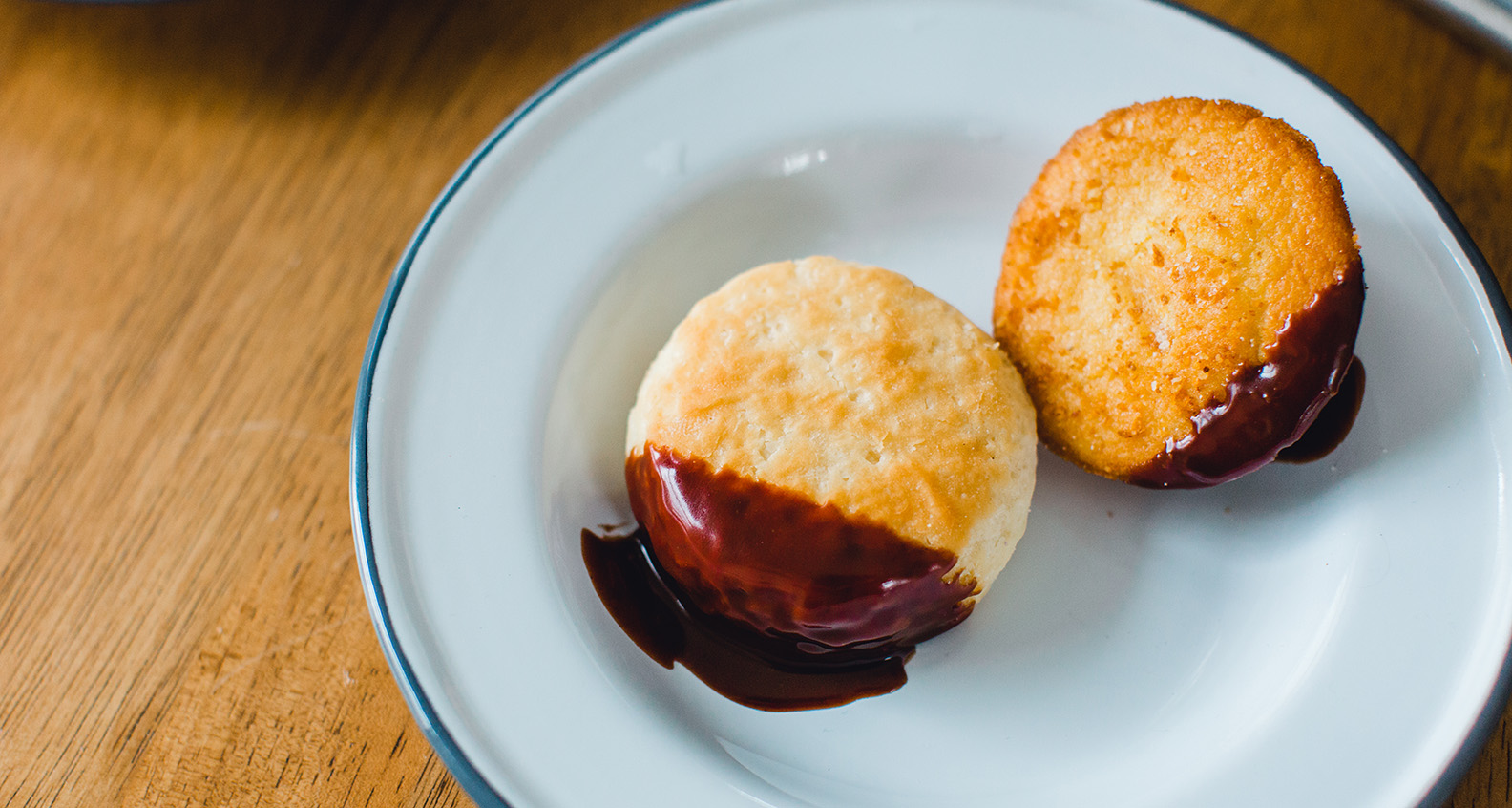 Will they chocolate? Yes, both the biscuit and cornbread tasted great when they were dipped in chocolate. If you want to put a sweet twist on these two sides, feel free to totally go for it.

Try this chocolate: Bittersweet on cornbread and semi-sweet on biscuits 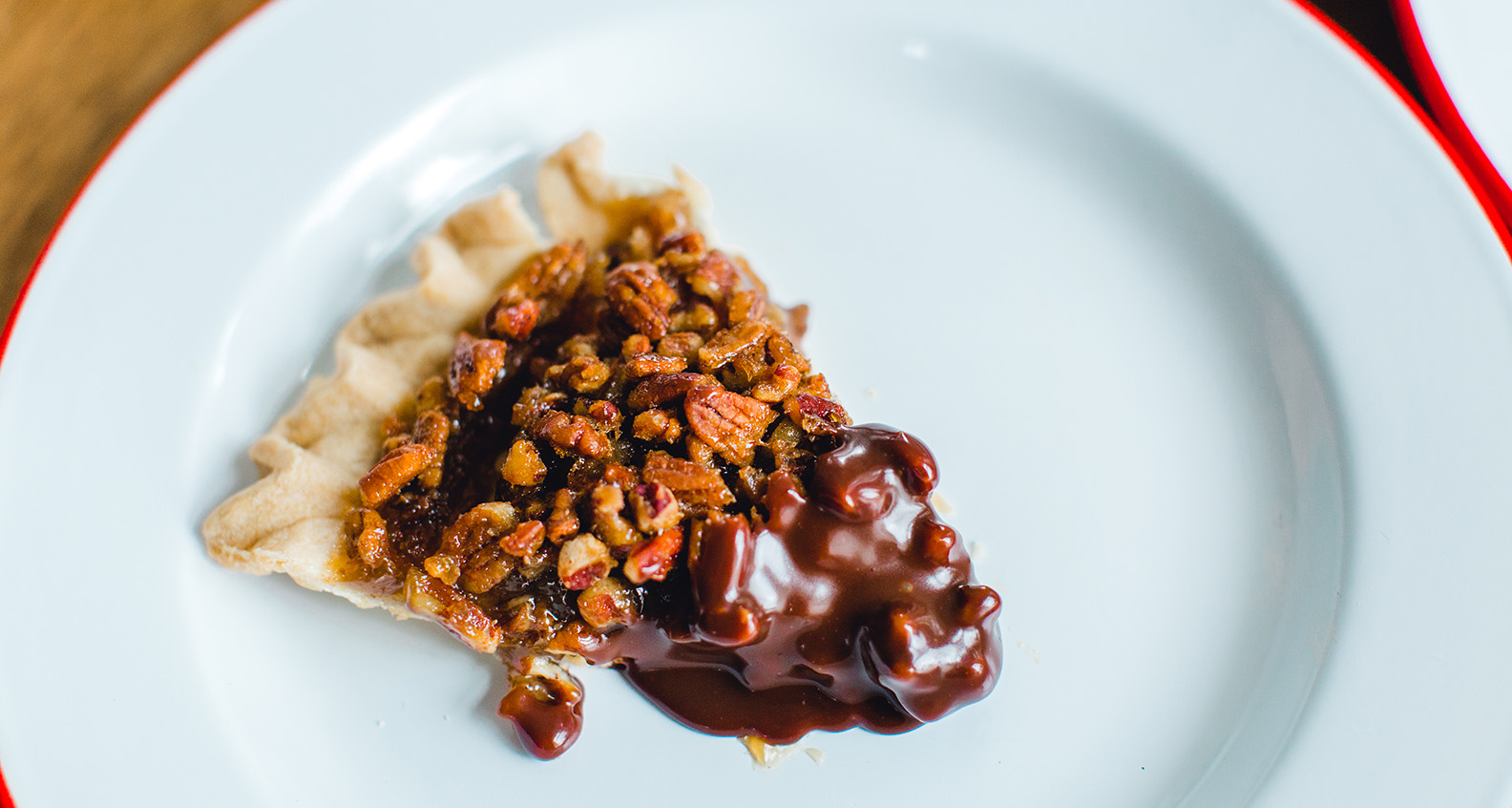 Does it work? Yes. If you have a sweet tooth, adding chocolate to a slice of pecan pie takes it to another level. If you want to add even more chocolate to pecan pie, throw in a few handfuls of chips to the filling before baking. And then drizzle it with more chocolate, of course.

Want to see us in action? Check out the video below: