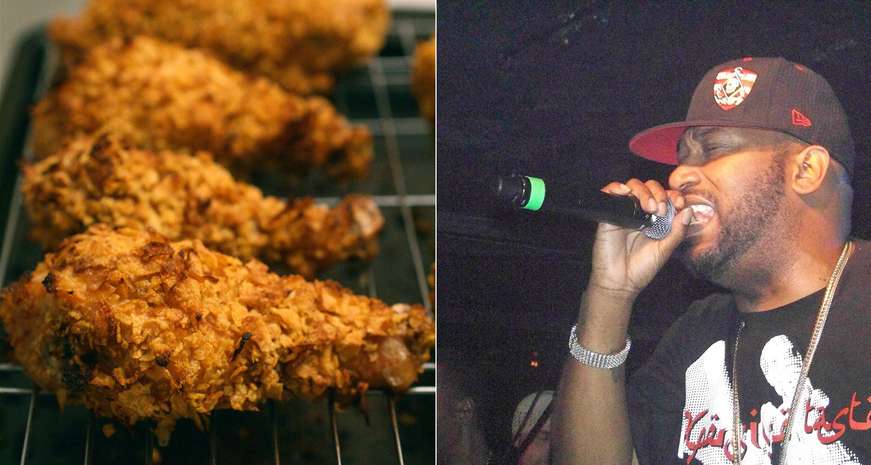 Dom Brady and The Bitten Word

Even if you’re not into Southern rap music, someone you know certainly is. And that person probably also loves Southern food, so they're sure to be excited to know that Texas rapper Bun B (née Bernard Freeman), just started a series of fast, no-frills YouTube recipe videos called Trill Mealz.

Bun B launched Trill Mealz less than a week ago from a YouTube channel called The Real Trillionaires, and is already receiving thousands of views for his no-frills, smartphone-recorded Southern recipe videos. Each quickly cut clip is about a minute long, and focuses on hands-in-pans footage showing Bun and his family members whipping, flipping, mixing and mashing Southern favorites like lobster mac and cheese, seafood jambalaya, and chicken pot pie. As opposed to going the celebrity chef route, Trill Mealz recipes use easy-to-find ingredients average Southerners will either already have stashed in their kitchen cabinets, or things they'll have no problem sourcing from grocery stores. That includes standards such as Tony Chachere’s Creole Seasoning, Goya Sazonador Total seasoning, frozen Birds Eye mixed veggies, and Old Bay. 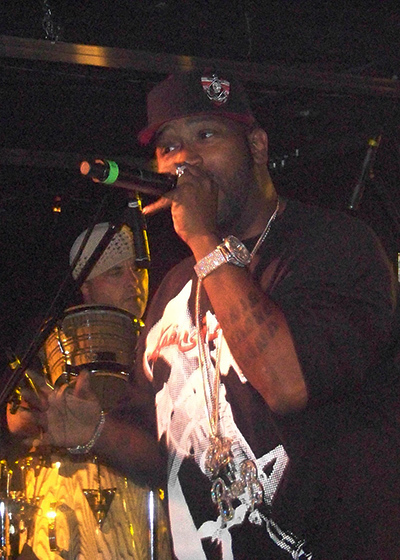 According to Texas Monthly, Bun is a big fan of Houston food, particularly its diversity of flavor and multicultural influences. “You can’t just come in and say it’s all cowboys and barbecue,” he said in the story, citing the various styles of crawfish Houston residents enjoy, from Vietnamese to Swedish, to make his point. “There’s so much more that makes it unique, and food is a pathway to a lot of these different communities for us, you know?”

He also makes sure to make the videos fun, adding in various types of music, from old-school Southern hip-hop to church hymns. He also splices in quick breaks for mischief, including the occassional shots of tequila for himself and his wife Queenie.

Outside of being competent, or at least efficient, in the kitchen, Bun is most famous for being the surviving member of two-man Texas rap group UGK. Intellectually sharp with impeccable rhythmic timing, he's closer to what you might consider a verbal technician than his flamboyant partner and fellow Port Arthur native Chat Butler, a.k.a. Pimp C, who passed away from sleep apnea 10 years ago this month. Fans of Bun are surely familiar with his more memorable appearances on modern Southern hip-hop classics like "International Players Anthem (I Choose You)," with Atlanta group OutKast, and "Sippin on Some Syrup," by Oscar-winning Memphis rap group Three 6 Mafia, in which Pimp C boasts that he and Bun have iodine poisoning from "eatin' so many shrimp."

He's also known for humanitarianism. When Hurricane Harvey hit Houston this year, Bun reached out to Scooter Braun, Justin Bieber’s manager, and asked for his help to raise money for victims of the storm. The result was the widely viewed Hand in Hand Telethon, which raised more than $55 million in relief for those affected by Harvey and Hurricane Irma. Bun also taught a class at Houston’s Rice University from 2011 to 2013, called “Religion and Hip Hop Culture,” which is now a 6-week archived online course anyone can take for free at edX.

We’ll be watching his YouTube channel, The Real Trillionaires, and following the hashtag #TrillMealz, to see how to make those crawfish dishes, Bun. Just save a little tequila for the rest of us!