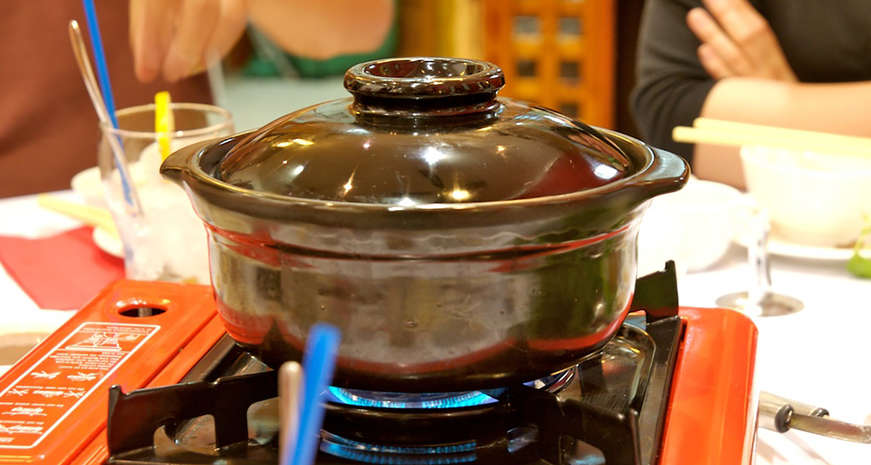 When a tofu-based vegetarian dish can make a bloodthirsty carnivore whimper with anticipation, it has my attention.

Perhaps you know this type of guy, to whom bread is a vegetable and a meal is a fast-food burger with a side of cigarette. The kind of person who gets almost as much pleasure offending a vegan as chewing on part of a dead animal. One such person, whom I will call Bloody Brad, was my unlikely guide.

Brad is from Houston, and when I showed up in his hometown for a few days, I hit him up for restaurant recommendations. I expected him to steer me to a big Texas rib joint or steakhouse, or a hidden Creole place for a succulent plate of shrimp and grits.

What I got instead was a recommendation for the Van Loc Vietnamese restaurant, now shuttered after 28 years. Vietnamese cuisine can be heavy on red meat, and Van Loc offered an eight-course beef meal. But Bloody Brad had one specific recommendation: Clay Pot Tofu.

"I'm in so love with it, with mushrooms in a peppery broth, that's all I ever order," he sighed.

So I went to Van Loc and ordered Clay Pot Tofu. When it arrived, boiling at my table, I could see black pepper coating large pieces of celery, whole shiitake mushrooms and golden chunks of deep-fried tofu, which stayed crispy in the peppery broth. 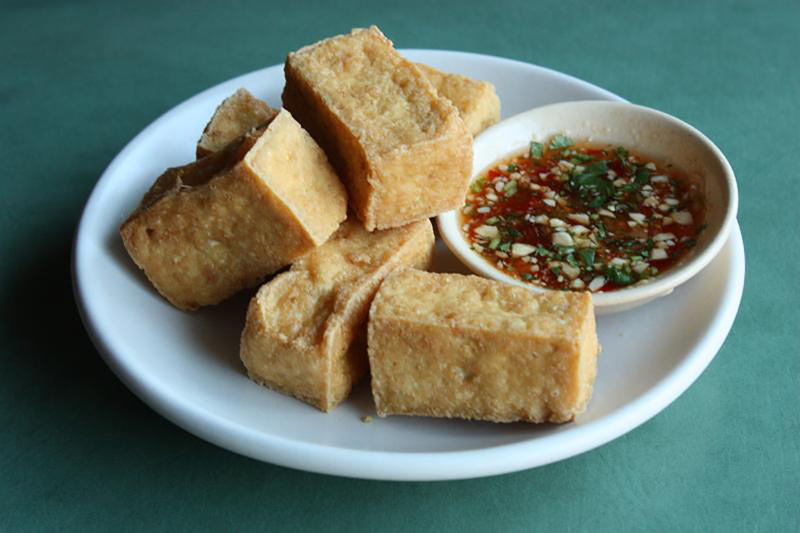 As I took a few tiny sips of Bloody Brad's beloved broth, that black pepper jumped out. I don't see too many spicy dishes powered by black pepper alone, with no backup from chile. But then, Vietnam produces and exports more black pepper than any other nation, so why not?

While the pepper was strong, the overall effect was still subtle somehow, perhaps thanks to celery taking a rare post at center stage. The tofu absorbed the flavor around it but held its own. It's a solid, intriguing and satisfying dish.

The Van Loc crew appeared confused when I asked them how to make this amazing recipe. I left with a full belly and a hunger for that recipe that would not quit.

When I told Brad that I'd replicated his beloved tofu dish, his response, true to form, was, "Great. Now, can you make that with pork?"

The short answer is yes. It may strike some as counterintuitive, because it's common to conflate tofu-eaters with vegetarians, but bacon and tofu is a great combination that's popular in many Asian dishes.

A shorter answer would be: Fry the tofu in bacon grease or with ground pork, then proceed. But honestly, you might want to save your bacon. I'm not sure this dish can get any better. 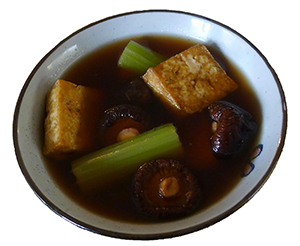 Instructions
Fill a wok or deep skillet with enough oil to measure about 1 inch deep. Over medium-high heat, heat the oil to 365 degrees. Add the tofu pieces and fry, stirring and flipping occasionally, until golden-brown and crisp, 5 to 10 minutes. Transfer to a paper towel-lined plate to drain. Then move the fried tofu far, far away, so you won't be tempted to eat it all before you serve the soup. (Alternatively, pan-fry the tofu slabs in less oil on medium heat, flipping the slabs to get both sides crisp, about 25 minutes.)

In a clay pot or large saucepan, heat 3 tablespoons more oil on medium heat and briefly saute the garlic. When it starts to brown and the smell peaks after about 1 minute, add the onion, mushrooms and celery. Stir in 4 cups of water, the soy sauce, lime juice, fish sauce (if using) and both peppers. Season with additional soy sauce, black pepper, lime and fish sauce as needed. Add the fried tofu so that the pieces are half-submerged in the sauce. Cover and let simmer for 10 minutes on medium heat.

Serve immediately by placing the pot on a hot pad on the table, and let that piercing broth do its peppery magic.