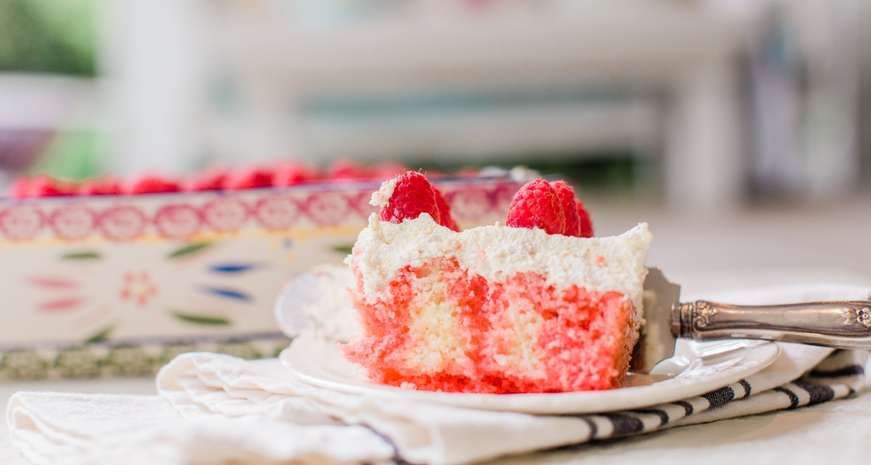 Moist, "fruity" and colorful, poke cakes have retro appeal and are highly adaptable to both taste and ease. And while they had their American heyday in the late 1970s, poke cakes in style, if not name, have both a long history and bright future. Read on for a primer on the cake and two distinctly different recipes.

Google "poke cake" and you'll find countless recipes using boxed cake mix and Jell-O, with authors writing with bated breath on the rising popularity of these distinctly American and distinctly neon cakes. The ultra-quick Jell-O-style poke cake is most frequently made using white or yellow cake mix; after baking, myriad holes are poked using a chopstick or wooden spoon, and hot Jell-O gelatin mix is poured over, forming rivulets of color and sugary flavor. Cool Whip frosting is the traditional topping, often amped up with more Jell-O pudding mix. 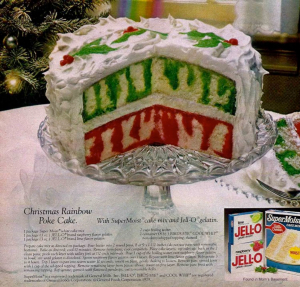 This particular recipe first appeared in print in the late 1970s, followed closely by a pudding-poked variation in the early '80s. Like Jell-O salads, these cakes were intended to increase the sales of Jell-O mixes, which were going through a significant sales decline.

However, the concept of poke cake — that is, a cake made moist by soaking in a sticky syrup — was nothing new. Genoise, a French sponge cake, is traditionally brushed with a sugar syrup before serving. Tres leches cake is likewise soaked in condensed milk. Sticky toffee pudding is, yep, basically a poke cake, and so is tiramisu. Leave it to Jell-O, then, to harness this classic technique and give it an easily marketable name.

Today, recipes with the poke cake name run the gamut from Jell-O filled variations to totally-from-scratch confections filled with everything from caramel to chocolate and peanut butter. At Southern Kitchen, we've approached poke cake two ways: one, Jell-O style, and the other, a homemade cake with coconut, cream cheese and caramel. Both are entirely worthy of the poke cake name, and anyone with a penchant for cakes should add them to their must-bake list. 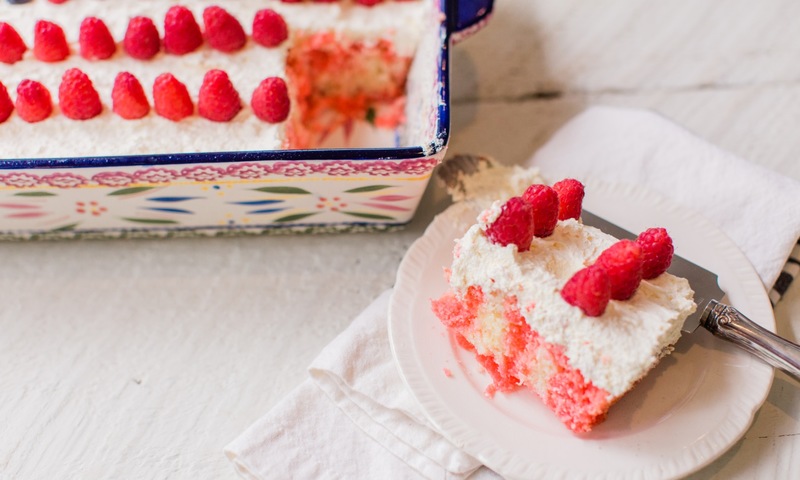 Strawberry Jell-O Poke Cake
Make with easy to use pantry staples like white cake mix, strawberry Jell-O and Cool Whip, this is poke cake at its most classic. Our original recipe was decorated flag cake-style for patriotic celebrations, but you can finish this moist and colorful cake any way you choose. Just don't forget to mix in vanilla pudding to the frosting — it gives it structure and a unique flavor you won't find with most other versions of this cake.
Get the recipe 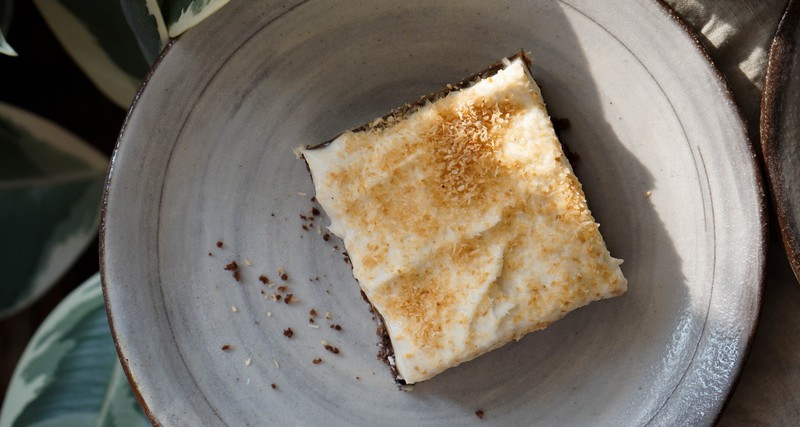 Coconut-Caramel Poke Cake with Cream Cheese Frosting
This totally homemade poke cake is chock full of surprising touches: Coconut in the caramel sauce! Chocolate — two ways — in the cake! Coconut cream in the frosting! It's a cake fit for both tropics and chocolate lovers alike, and, while it certainly takes more time than the Jell-O filled version, is totally worth it. I mean, just look at that picture.
Get the recipe

We turned MoonPies into a cake better than the original

We turned MoonPies into a cake better than the original