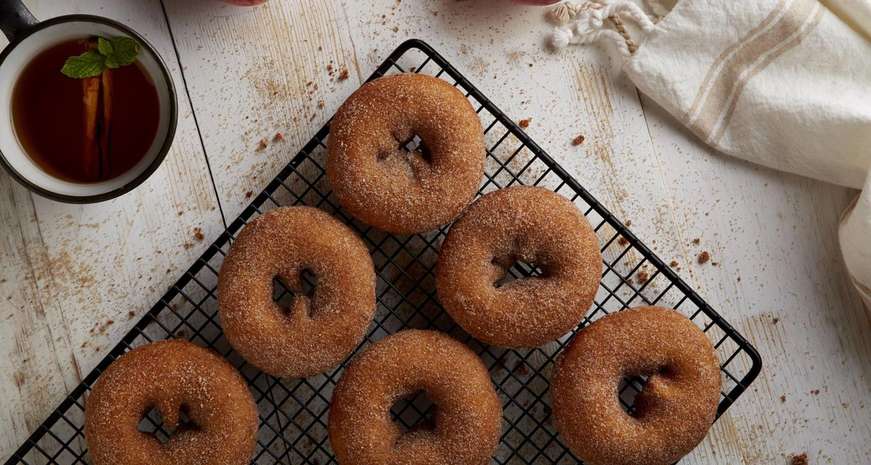 Apple cider doughnuts are a fall favorite across the country.

An old-school pairing during fall is apple cider and doughnuts. I read a lot about the origin of the cider doughnut and found all sorts of stories including one from "King Arthur Flour Baker's Companion" cookbook, which says that when fried dough recipes came across the ocean from Holland (olykoeks or oily cakes) and France (beignets) in the Colonial era, the Colonists adapted them during butchering season when there was fat for frying.

That season was autumn when there were also plenty of apples and apple cider. Cake doughnuts made with baking soda or powder instead of yeast abounded. How the cider actually got into the doughnut is not recorded, but I imagine an "aha" or "what if" moment when some creative cook saw both together.

Cider in the mix gives the doughnuts a lightly sweet flavor but also a tender texture. Of course, you don't have to use animal fat when frying them — although I've had some made with duck fat and they're very tasty. Lard is good too because it crisps up the outside nicely. If you're avoiding animal fats, use vegetable oils like safflower. Of course, you can also bake them, which is a more healthful technique than deep frying.

I've tried both of these recipes many times over the years and they turn out wonderfully. Have a jug of fresh apple cider on hand if you're one of those who likes to dip that doughnut into the cider. I'm more of a creamy coffee dunking kind of gal.

Basic Fried Apple Cider Doughnuts
Makes: 1 dozen or more, if you use the holes to create more rounds

Instructions
Bring the cider to a rolling boil in a saucepan. Cook over high heat until reduced by 50 percent, about 10 minutes. Let cool completely.

Stir the egg mixture into the flour mixture just until moistened. The dough will be a bit sticky. Refrigerate, covered, until firm enough to hold its shape, about 1 hour.

Divide dough in half. On a well-floured counter, pat each half into a round about 1/2 inch thick. Using a 3-inch doughnut cutter, stamp out 12 doughnuts.

In an electric skillet, deep fryer or sturdy, deep pan, heat oil to 325 degrees. Fry doughnuts, a few at a time, until golden brown, 2 to 3 minutes per each side. Fry doughnut holes, if desired, a few at time, until golden brown and cooked through, about 1 minute on per side. Transfer all doughnuts to a paper towel-lined platter and let cool slightly. While the doughnuts are still warm, gently shake them in a bag with the cinnamon sugar, two at a time. Serve.

Basic Baked Apple Cider Doughnuts with Maple or Apple Cider Glaze
Note: It's best if you have doughnut pans for this recipe, but you can form the circles manually, too, and use a baking sheet. I love using applesauce in this recipe because it adds moisture and more texture. For apple cider glaze, substitute boiled cider for the maple syrup. The cider should be boiled down to just thickened and syrupy.
Makes: 1 dozen

In a large bowl, beat together the sugar, applesauce, oil, eggs, boiled cider, vanilla, baking powder, cinnamon and salt until smooth. Add the flour, stirring just until smooth. Fill the wells of the doughnut pans nearly to the rim, using about a 1/4 cup of batter per doughnut.

Bake until a cake tester inserted into the center of the doughnuts comes out clean, 15 to 18 minutes. Remove the doughnuts from the oven, and loosen the edges. After 5 minutes, transfer them to a rack.

While the doughnuts are still warm, gently shake them in a bag with the cinnamon sugar, two at a time. Cool completely before glazing.

To make the glaze: In a medium bowl, whisk together mix together all of the ingredients until smooth. Spread the glaze over the doughnuts. Let the glaze set before serving.

Rachel Forrest is a former restaurant owner who lives in Austin, TX. She can be reached by e-mail at rforrest@gatehousemedia.com. 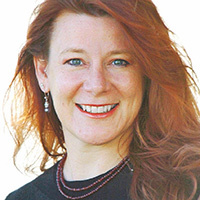