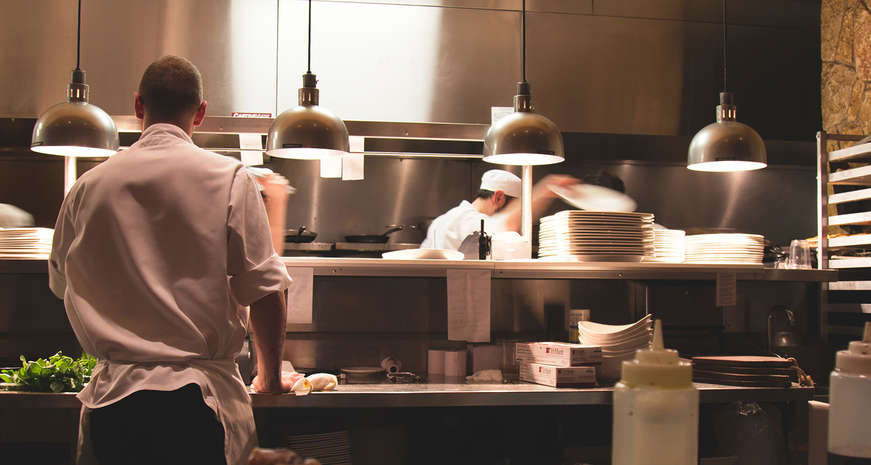 Sometimes the food we find on Instagram is almost too pretty to eat. If you don’t have enough mouth-watering pictures of Southern food coming up in your Instagram feed, we’ve got you covered — we found some of the best chefs in Florida to follow on Instagram. These Southern chefs come from different backgrounds and their Instagram accounts offer a peek into their lives both in and out of the kitchen. Find out their tips and tricks and maybe even find some inspiration for your own cooking.

Click the arrows above to see the rest of the chefs 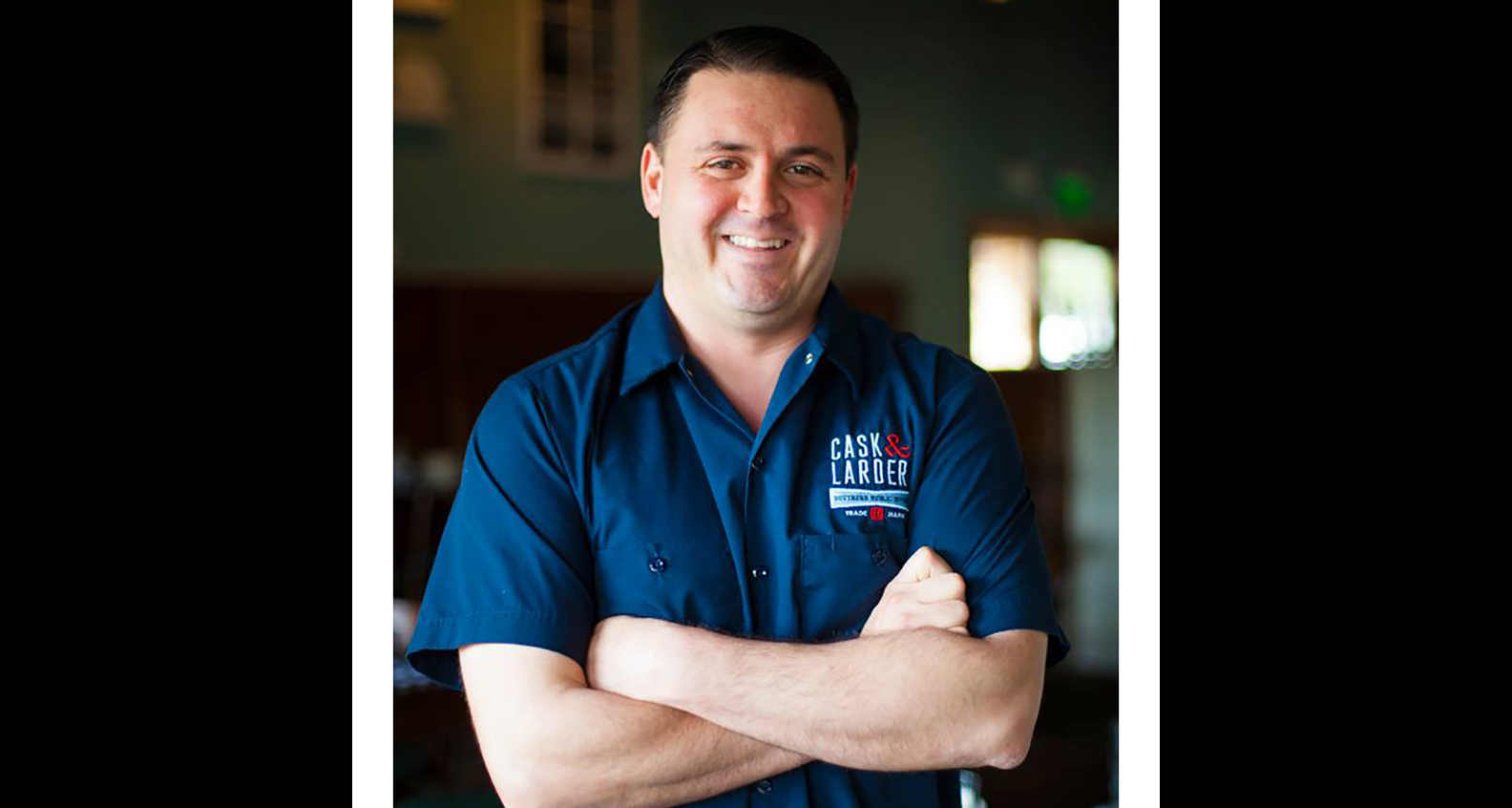 Along with his wife Julie, chef James Petrakis has been cooking up delicious entrees with a seasonal touch at The Ravenous Pig since 2007. His cooking has earned him James Beard Award nominations and the ability to expand his cooking talent to four restaurants in the Orlando area. His Instagram is raw and he’s not afraid to show the ingredients he’s using in his dishes, whether it’s a full pig that is waiting to be broken down or the fresh catch of the day. 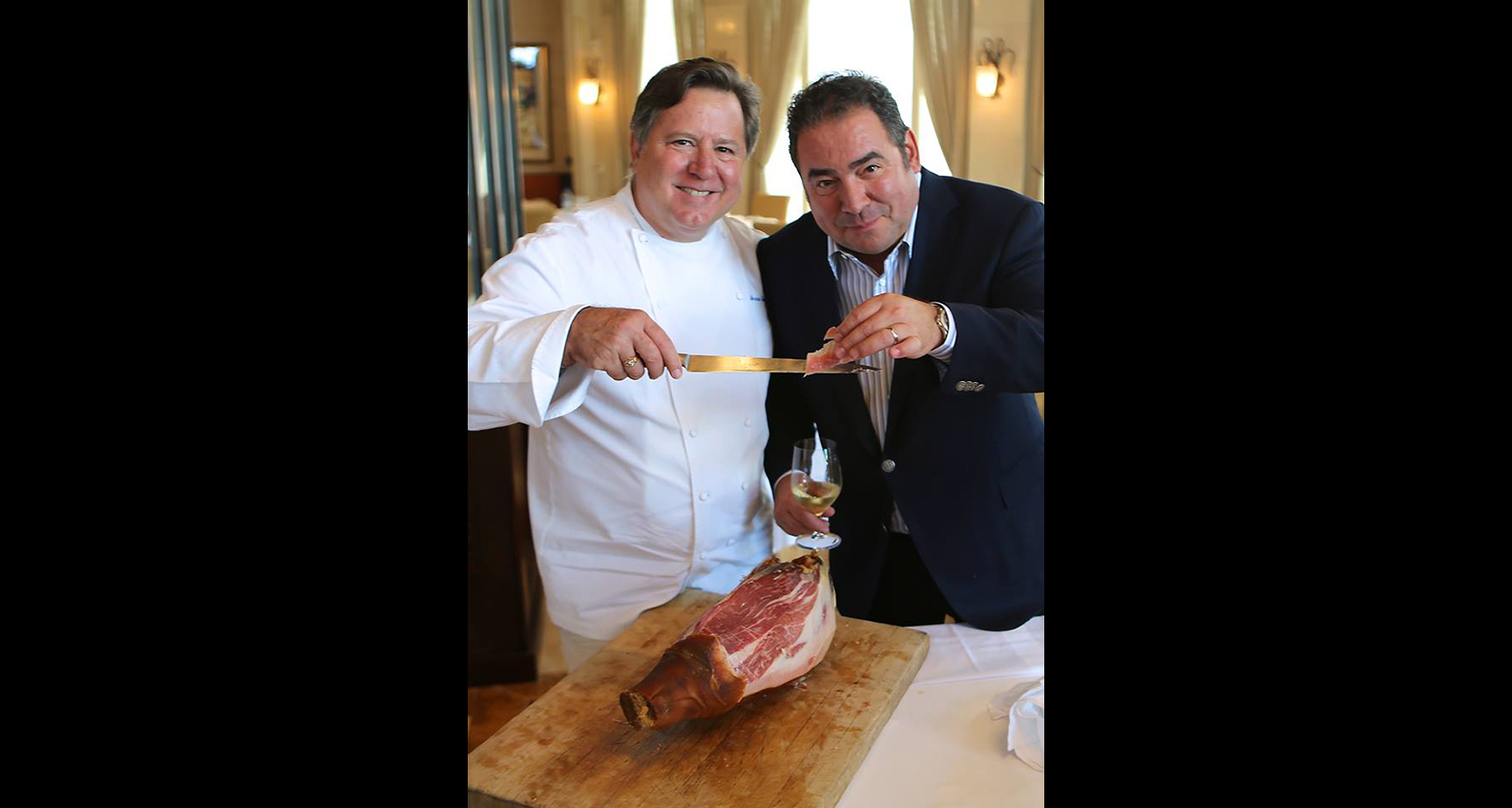 Known as the “founding father of New World Cuisine,” chef Norman Van Aken has won multiple James Beard awards, written six cookbooks and runs four restaurants and a cooking school. His busy life is on display on Instagram. Van Aken posts pictures of chefs plating innovative creations, the prep work and planning that goes into running a successful restaurant, and artwork that inspires him. 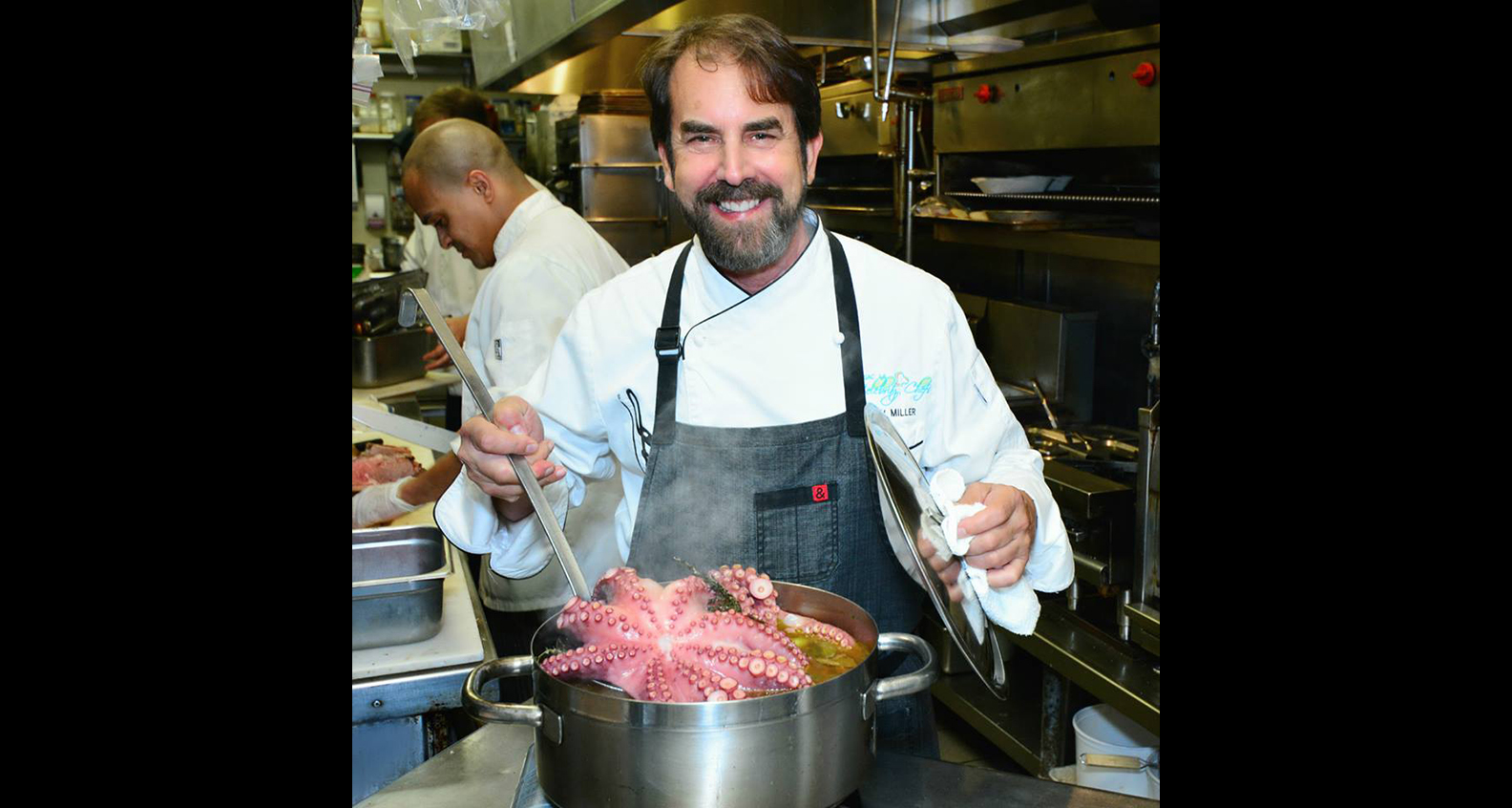 Known as the culinary ambassador for the Florida panhandle, chef Irv Miller has been using Florida’s best ingredients to cook delicious Southern-influenced cuisine. His dishes feature “the emblematic foods of “Real” Florida, such as Apalachicola oysters and Alligator Point wild-harvested clams, Pensacola and Destin red snapper, North Florida shrimp, grouper, and numerous fish species caught responsibly off the Florida Gulf Coast.” His latest endeavor is series of cooking classes that will kick off in the new year. His Instagram shows of the locally sourced ingredients, like fresh seafood and produce, and the food he creates from them. He is a fan of oysters, but has also posted pictures of some adventurous ingredients, like lionfish and octopus. 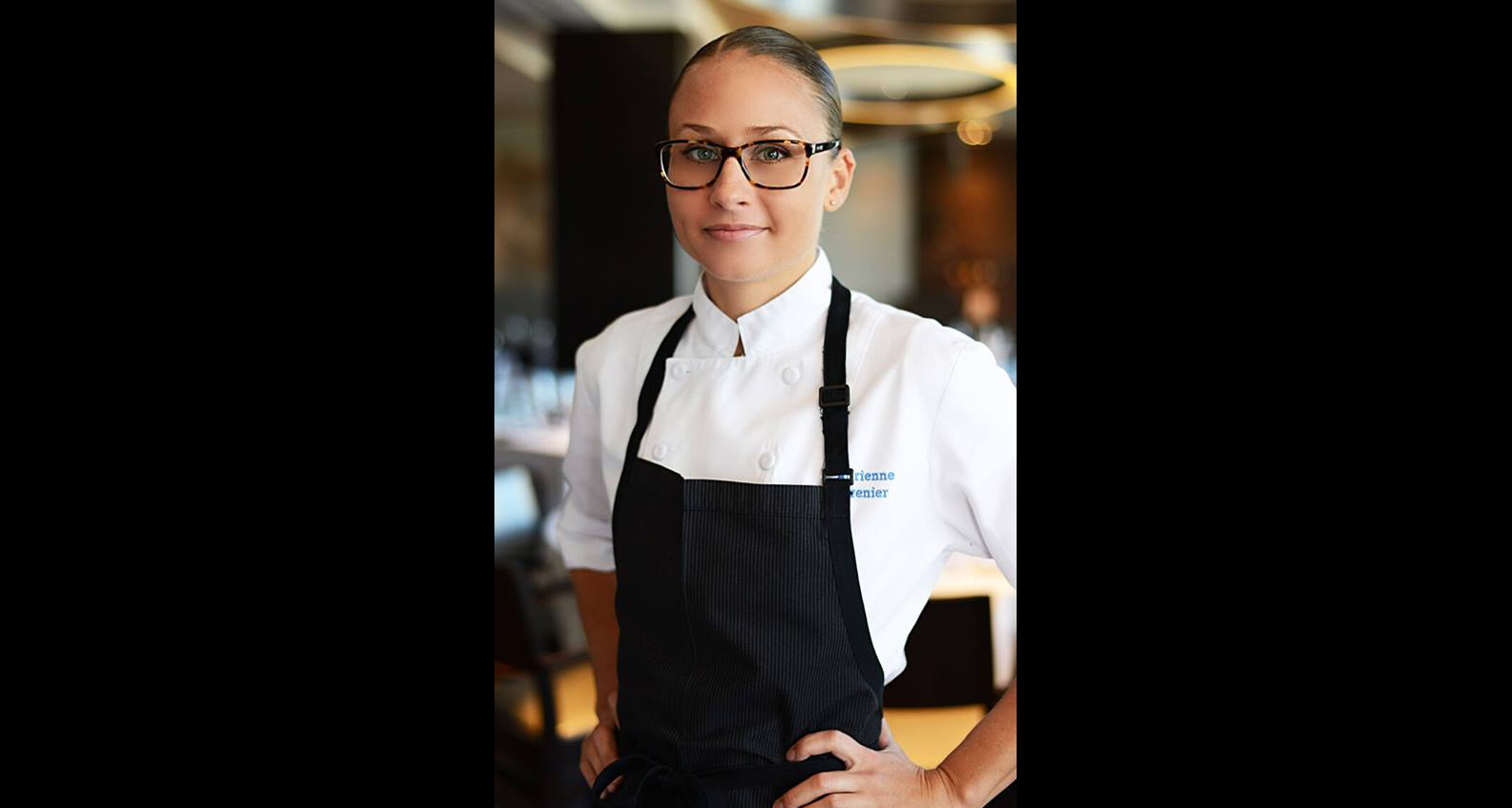 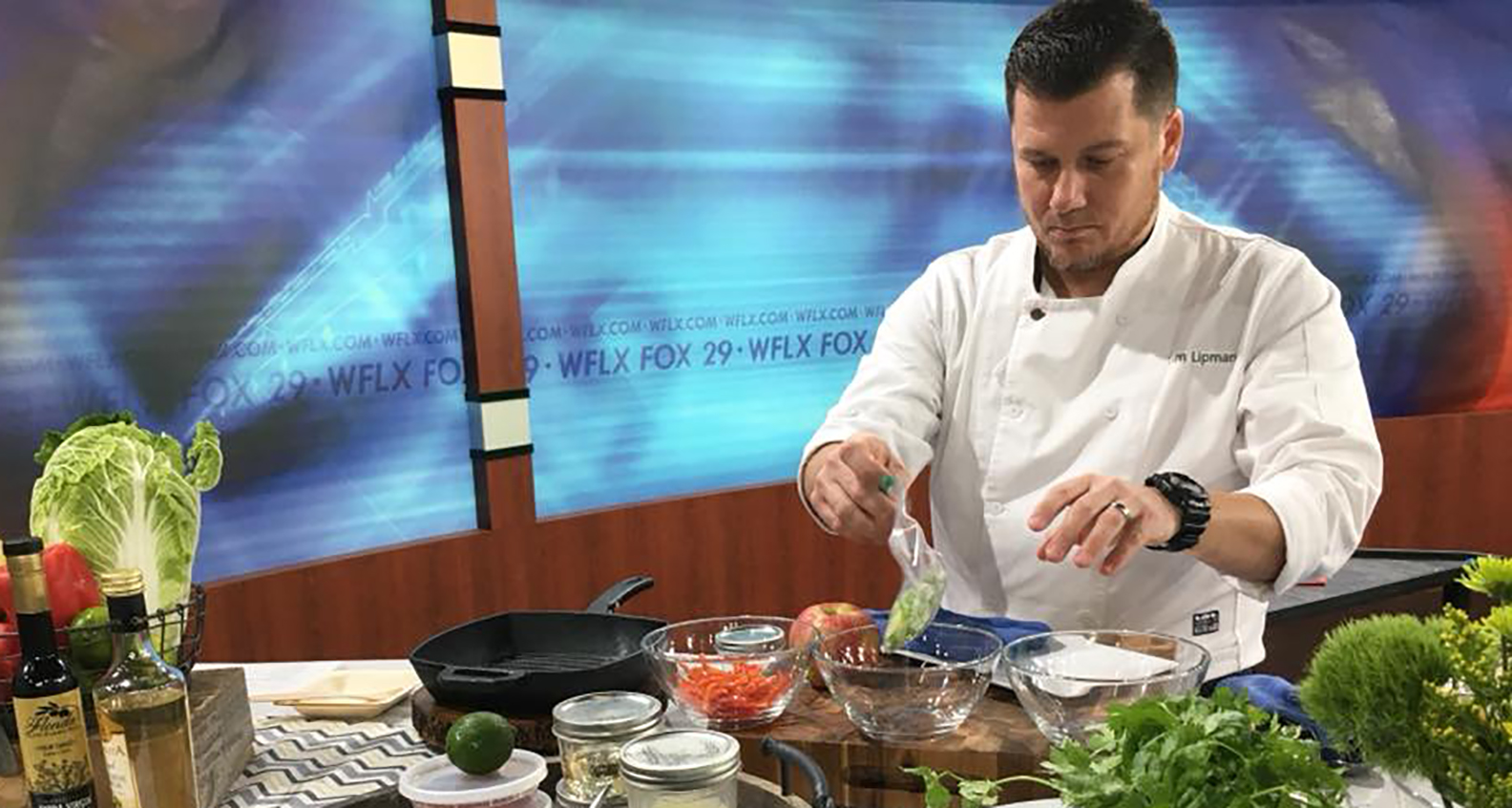 Florida native and the owner of the Coolinary Café, chef Tim Lipman developed his passion for food as a child while he watched his grandmother grow tomatoes. The food at Coolinary Café combines his grandmother’s Southern-Italian inspiration with Southern-American cuisine. Lipman creates his menus around seasonal ingredients that he sources from local farms. On his Instagram, Lipman posts pictures of kimchi shrimp stir fry, beef and venison chorizo, Boston cream puffs and the latest additions to the Coolinary Café wine list. 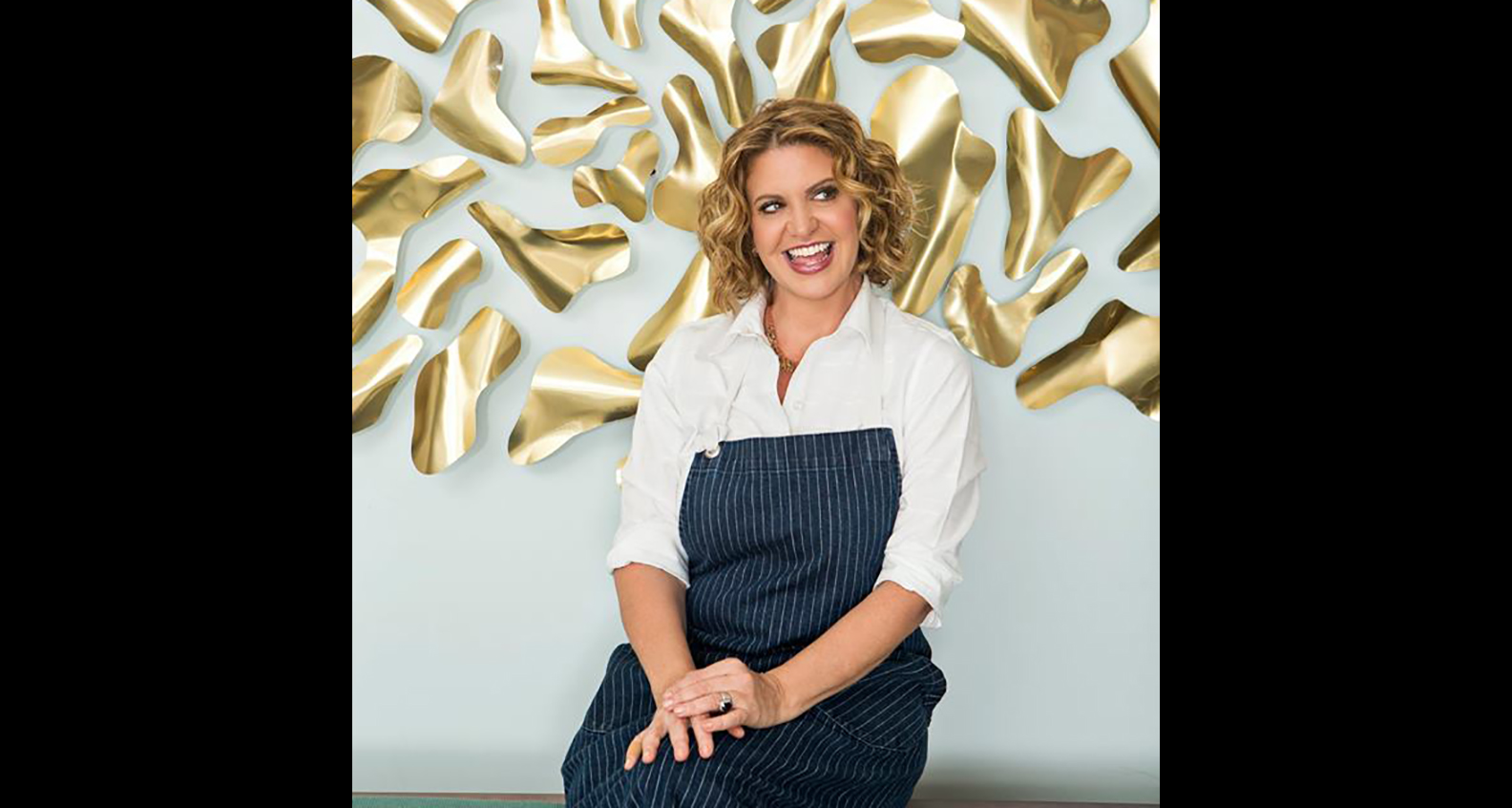 Since being named the winner of James Beard Award for Best Chef in the South in 2007, chef Michelle Bernstein has continued to turn heads in South Florida. Along with appearances as a guest judge on Bravo’s “Top Chef,” Bernstein has written a cookbook, launched a catering business and runs a café in Miami. Her Instagram is full of food, travel and her bright smile. Bernstein loves to show off beautiful dishes that she’s cooking and eating around the country. 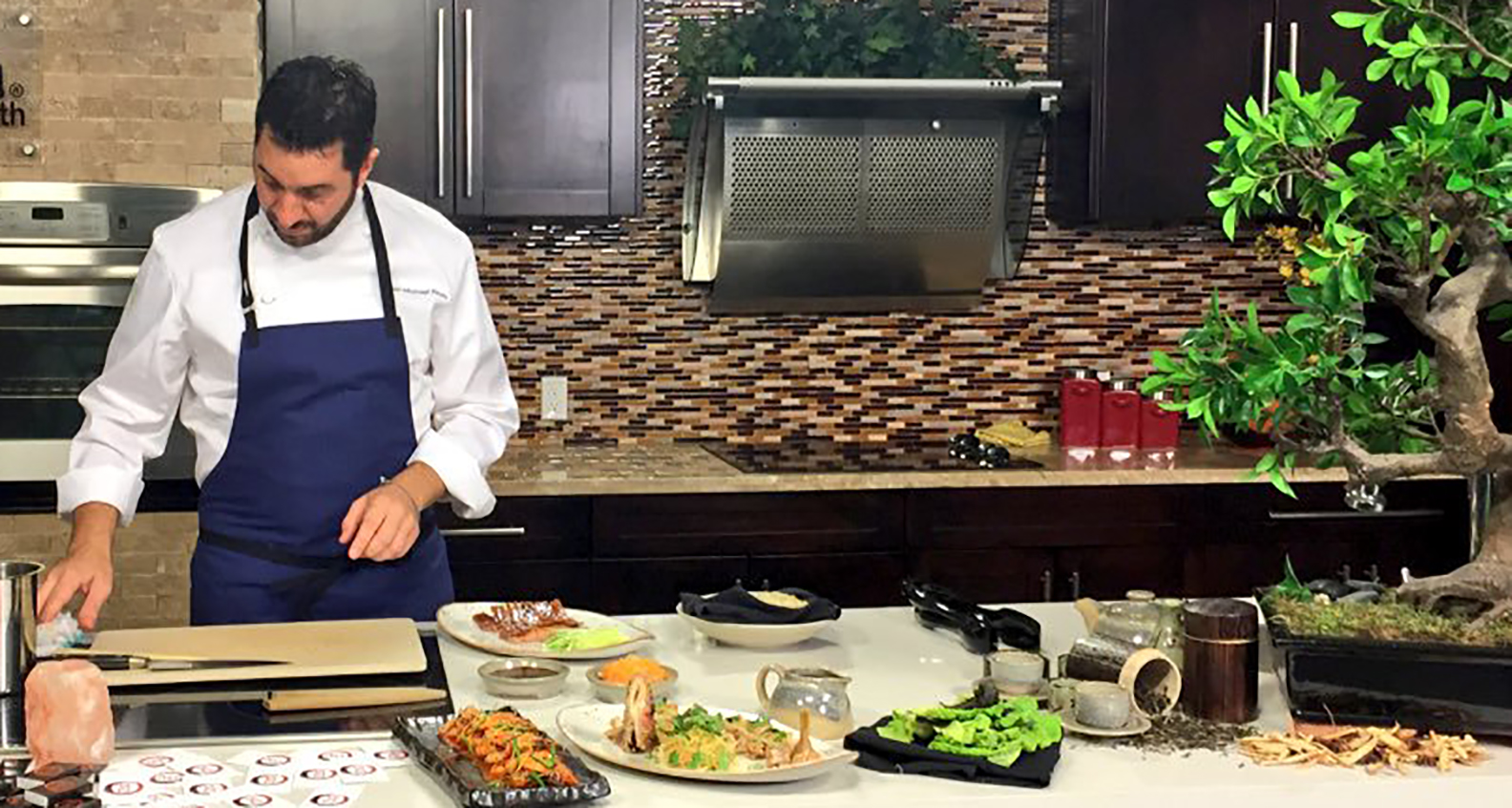 Chef Mike Pirolo has a passion for pasta and rustic Italian fare. At his restaurant Macchialina, Pirolo translates his passion into beautiful and sophisticated Italian dishes. On his Instagram, Pirolo shows the step-by-step process it takes to create his food from beginning to end. From pizza and pasta to a chicken parm panini, one look at his Instagram will leave you craving delicious Italian food. 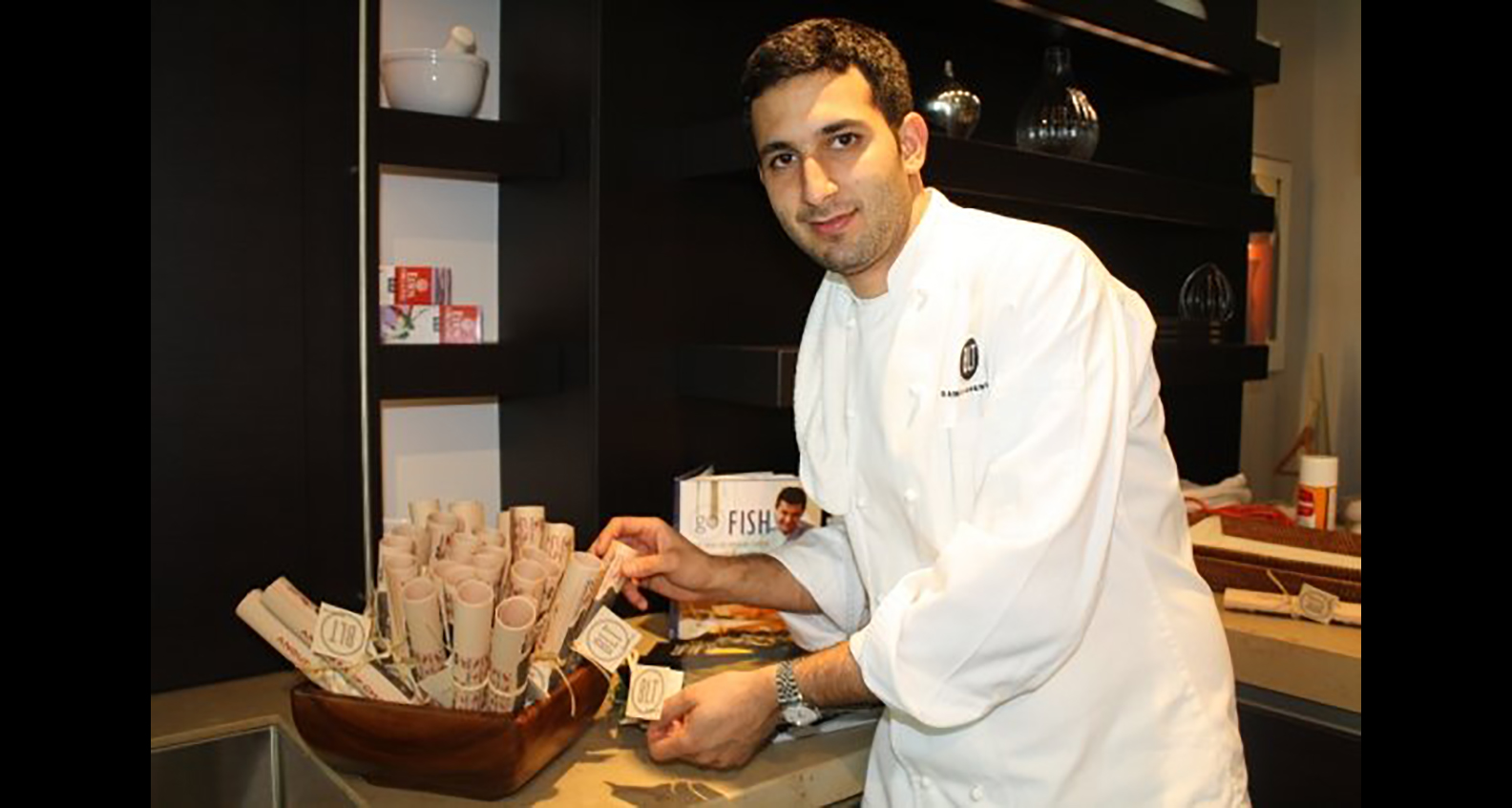 The chef and founder of My Ceviche and Zuuk Mediterranean Kitchen, Samuel Gorenstein loves posting pictures of his fresh and colorful cooking on Instagram. Gorenstein grew up in Colombia before moving to Miami. He changed career paths and left business school for the culinary world and has worked in every part of the kitchen from entremetier to poissonier. Seasonal ingredients like stone crab, ceviche bowls and burritos, as well as videos of ingredients cooking over a fire, can all be found on Gorenstein’s Instagram. 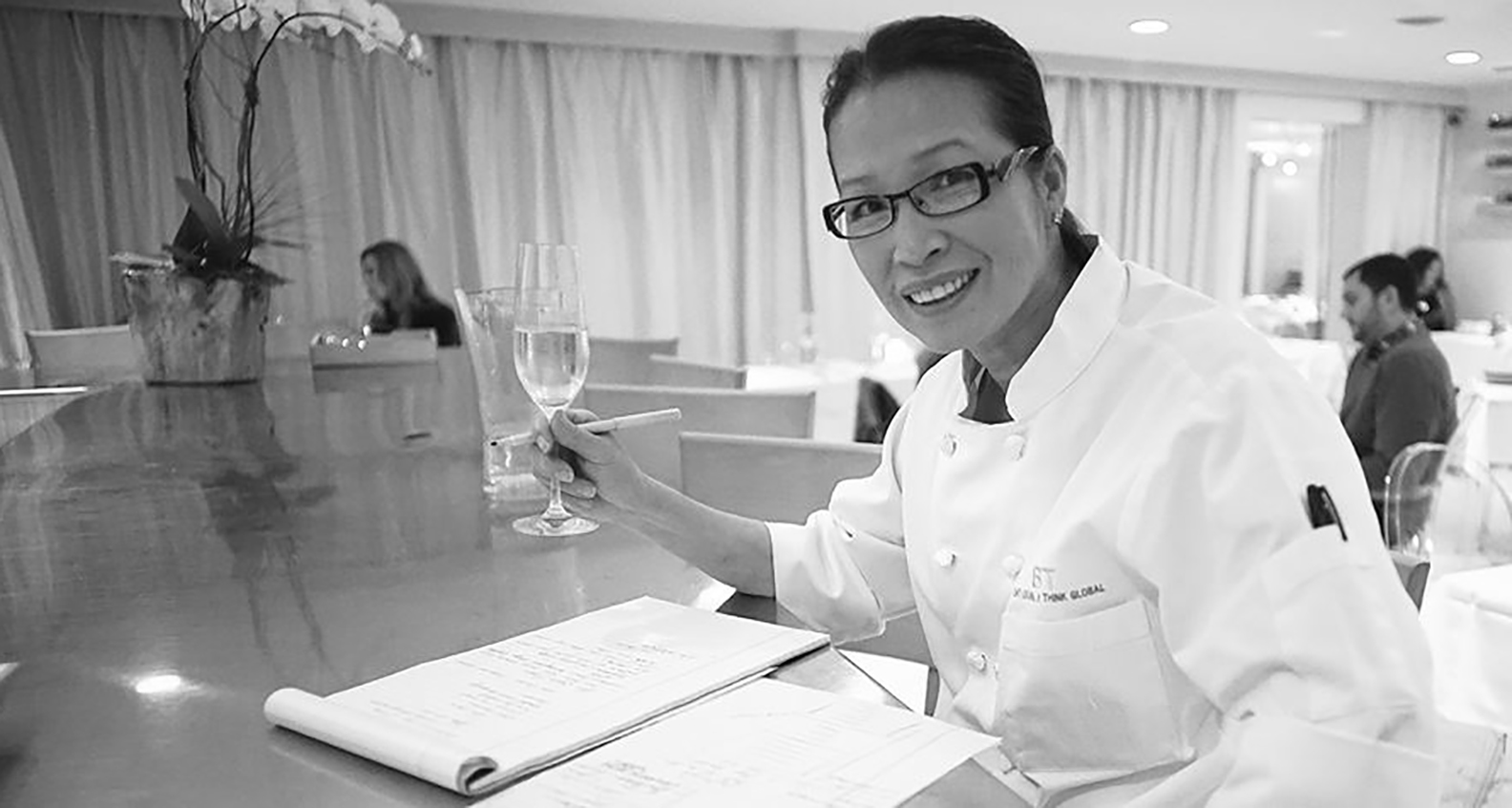 Chef BT Nguyen fell in love with cooking as a child in Vietnam. After coming to the United States, Nguyen went into the fashion industry before becoming a full-time restauranteur. At Restaurant BT, Nguyen has found the perfect balance of classic French and Vietnamese cuisine to create a balanced menu of light and simple, but sophisticated food. And she shares her beautiful creations on her Instagram. 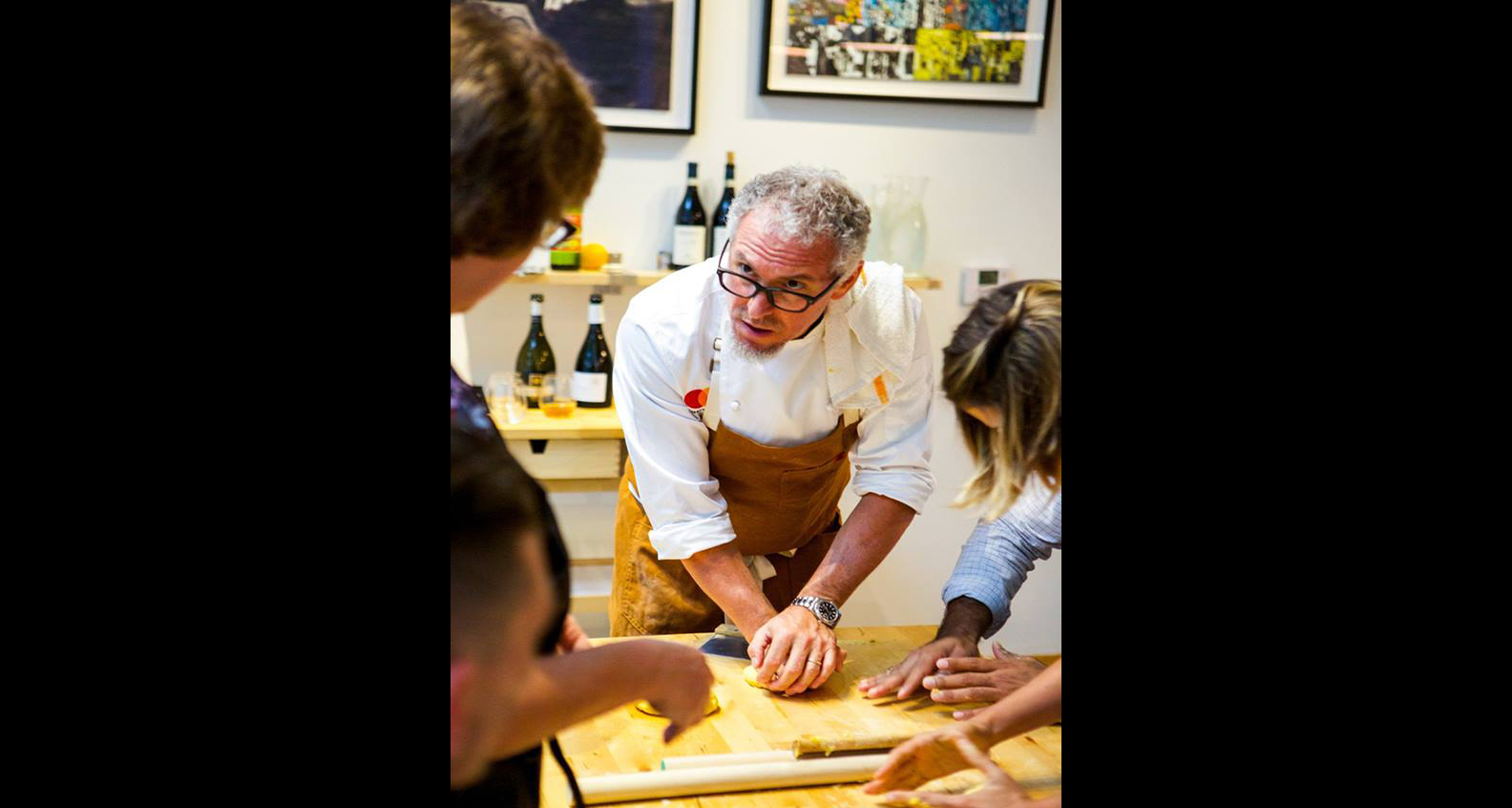 Winner of the 2010 James Beard Award for Best Chef in the South, chef Michael Schwartz has brightened up the Miami restaurant scene with restaurants like Michael’s Genuine Food & Drink, Genuine Pizza and pop-up Amara at Paraiso, which will open in January 2018. Schwartz’s Instagram shows off dishes from all of his restaurants and the journey of the dish from kitchen to table. Pictures of melted cheese, fish heads and tablescapes can also be found on his account. 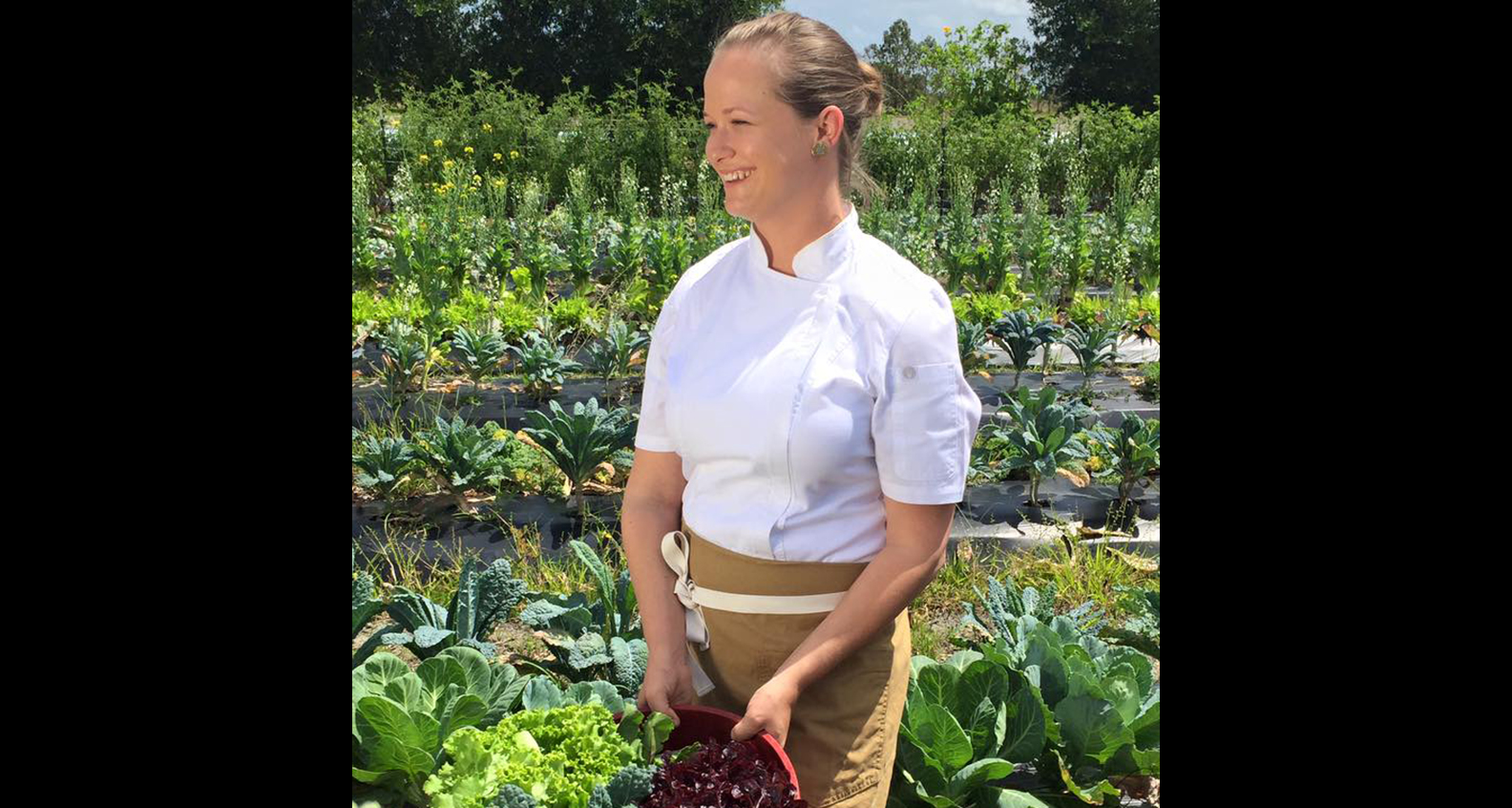 A native of North Carolina and a former Top Chef contestant, chef Lindsay Autry has made a name for herself in South Florida. At The Regional Kitchen & Public House, Autry brings Mediterranean flavors to Southern dishes. Her bright and colorful Instagram showcases seasonal ingredients she’s incorporating into her cooking and fun videos in and out of the kitchen. 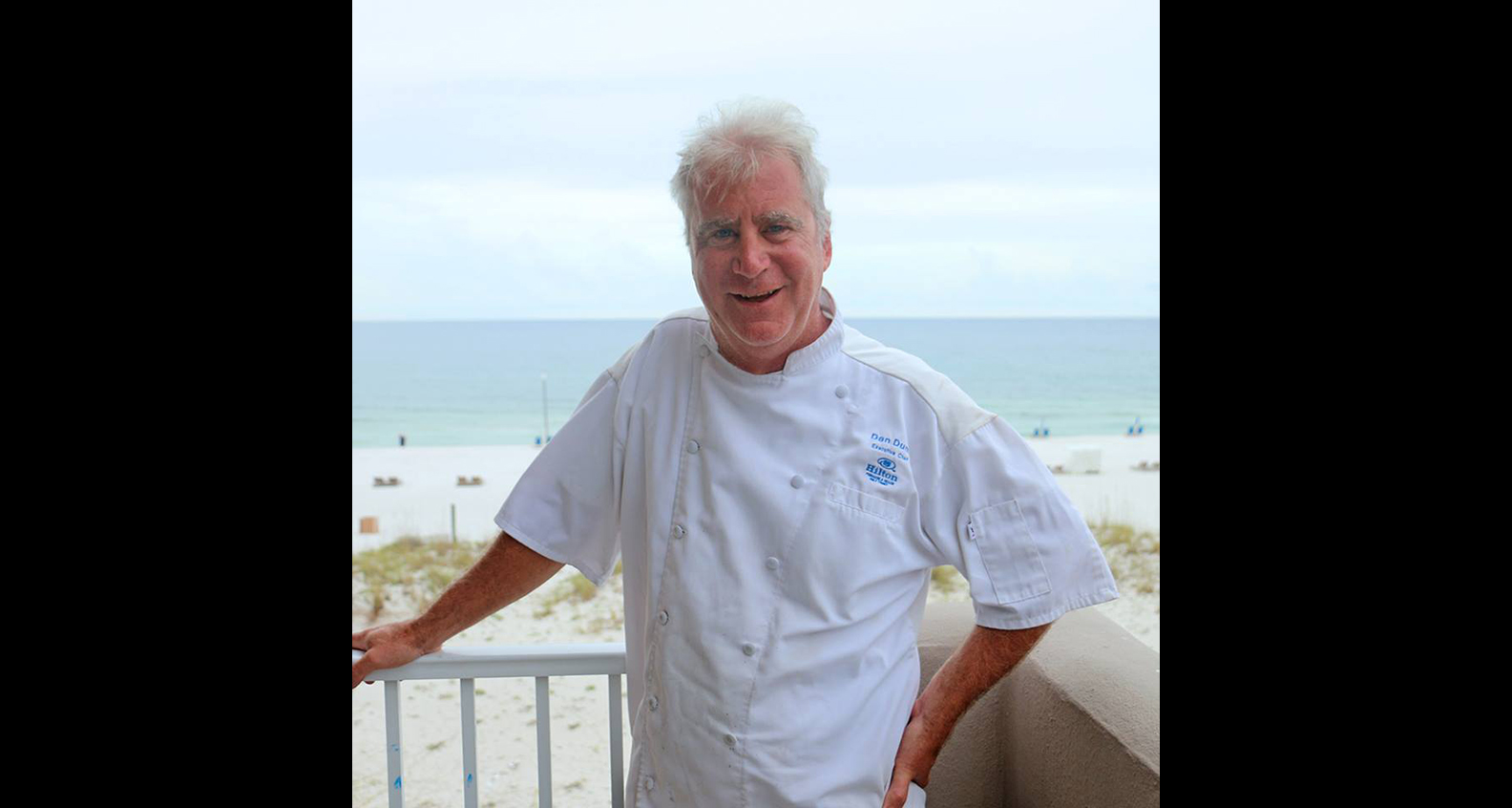 Chef Dan Dunn has been putting his touch on the culinary industry in Pensacola for the past twenty years. Dunn has cooked in Florida, as well as Portland, Oregon, creating a culinary style that is fun and unique. At H2O Latitudes Bar and Grill, Dunn is continually creating dishes that are innovative and fresh. On his Instagram, Dunn shows off his passion for cooking, surfing and sunsets.