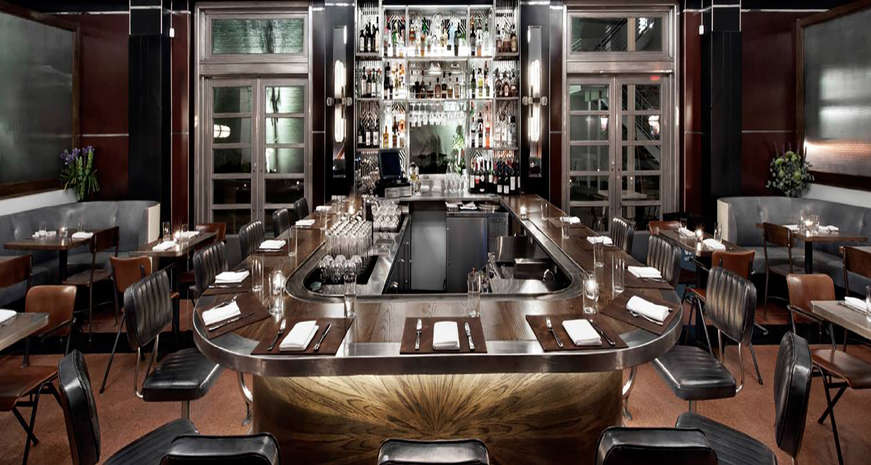 The Grey in Savannah, Georgia

Every year Eater complies a list of restaurants that defines dining in America. After traveling throughout the country to find the best meals and culinary experience, food critic Bill Addison names “America’s 38 Essential Restaurants.” The South was represented strongly and topping the 2017 list is a newcomer— The Grey in Savannah, Georgia.

“I’ve named a Restaurant of the Year, an of-the-moment union of breathtaking design and rooted, spectacular cooking in one of the country’s most timeless towns — Savannah,” Addison writes.

Opening in late 2014 in an old Greyhound bus depot, The Grey has stayed relevant by fusing global and regional flavors into a menu that is described as “port city Southern food.” Chef Mashama Bailey’s cooking “speaks to love of the region and devotion to the craft,” noted Addison. The overall experience at The Grey transcends from “merely enjoyable-or even thrilling- to a moment that is nearly spiritual.”

Some other Southern newcomers to the list include Bertha’s in Charleston, South Carolina where the daughters of restaurant founder Albertha Grant continue the culinary traditions of the Gullah (former slaves who established themselves in Lowcountry and surrounding area); Compère Lapin in New Orleans, where Nina Compton has brought the Caribbean influence into the menu; The Grocery in Charleston, South Carolina that is known for its modern American menu sprinkled with seasonal delicacies; Staplehouse in Atlanta, Georgia that seats only 40 and is easily one of the toughest reservations to grab in the city; and Bad Saint in Washington, D.C. that offers some of the “most exciting Filipino cooking in the country.”

The Southern hall of famers, who have been on the list for three consecutive years, include Austin’s Franklin Barbecue which is known as the most famous barbecue restaurant in America; Poole’s Downtown Diner in Raleigh, North Carolina where Southern and French cuisine combine effortlessly; and Nashville’s Prince’s Hot Chicken where the origins of the spicy dish directly trace back to the family of André Prince Jeffries.

Other "returning greats" in the South include Highlands Bar & Grill in Birmingham, Alabama, Hugo’s in Houston, Texas and Miller Union in Atlanta, Georgia.