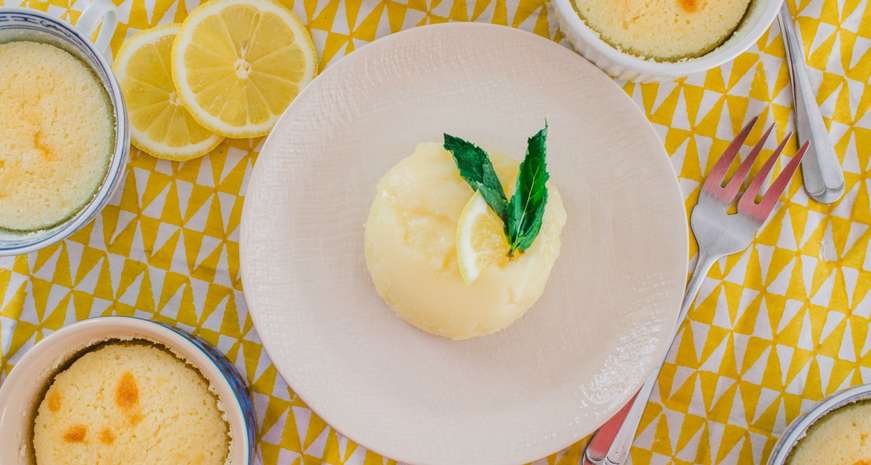 Between lemon bars, ice box pie, pound cake and chess, not to mention all the lemons thrown in to countless glasses of sweet tea and squeezed onto fresh fruits, this bright yellow citrus fruit is synonymous with spring in the South.

Lemon is one of my favorite flavors as well. Its tartness cuts through all the sugar we throw willy-nilly into just about everything, making for more balanced and enjoyable dishes. But despite my proclivity for lemon-filled dessert, I'd never heard, much less tried, anything like these "magic" lemon cups. 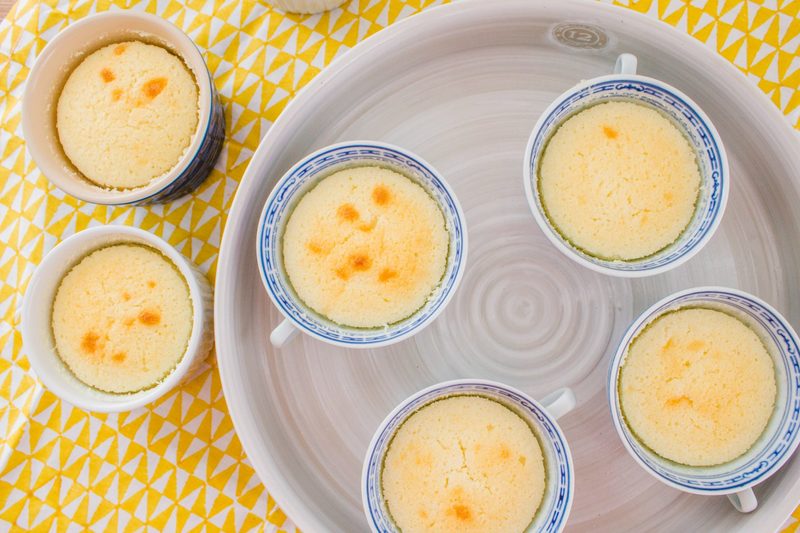 Sent to Southern Kitchen from prolific contributor Elizabeth Lide, she of angel berry pie and pocketbook roll fame, magic lemon cups were a specialty of Lide's grandmother. These small cakes, also known as “lemon delicious pudding,” first became popular in America at some point in the late 19th century; one of the earliest American-published recipes appeared in the "Boston Cooking School Cook Book" by Fannie Farmer. Farmer’s recipe likely came to her cooking school via England, where cooks have been preparing similar dishes since at least the late 17th century, and custards since the time of ancient Rome.

The magic comes during the baking process, when the light sponge cake separates from a thick lemon curd-like pudding, which forms on the bottom. Serve them warm in small cups and you’ll have a tangy sauce on the bottom; serve them cool and you can flip them out into cute round cakes topped with a generous layer of lemon curd.

A word to the wise – making these cakes from scratch isn’t the absolute easiest thing to do. You will need to separate eggs, beat the whites and fold everything together carefully before baking in a water bath. You’ll want to take all of this care in order to produce a dessert with an ethereally light sponge on top, and a creamy, smooth custard below. But if you take your time, use an electric mixer and measure carefully, you’ll end up with perfect, and perfectly cute, little cakes to serve all spring long. 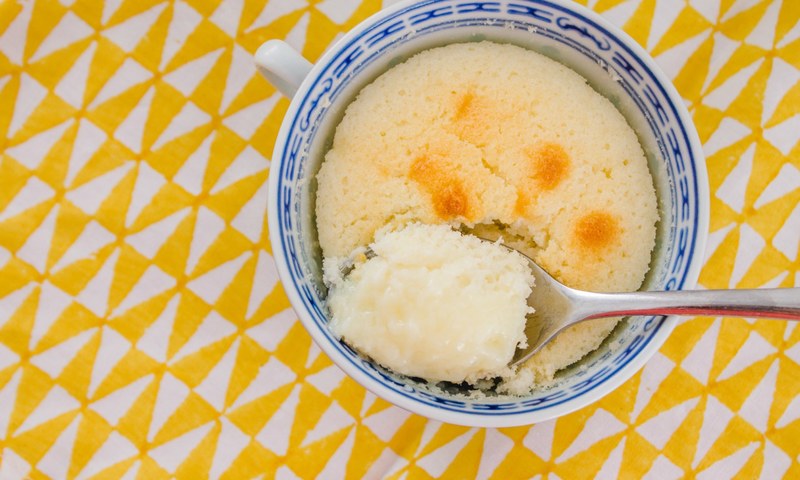 Instructions
Heat the oven to 350 degrees. Place six to eight small ramekins or teacups in the bottom of a 9- by 13-inch cake pan.

In a large bowl, beat together the sugar and butter with an electric mixer until the butter is fully incorporated. Beat in the lemon juice, lemon zest, flour and salt.

In a small bowl, whisk together the egg yolks. Beat the egg yolks into the sugar mixture, followed by the milk. Clean the mixer beaters.

Carefully transfer the ramekins to a cooling rack and let sit at least until the ramekins are cool enough to handle. Serve warm or at room temperature. (If you would like to flip the cakes out so that the pudding is on top, wait until the cakes are completely cooled. Run a knife around the inside of the ramekin, place a small dessert plate on top of the cake, and flip over to release the cake. If necessary, tap firmly on the bottom of the ramekin to dislodge any stubborn bits.) The cakes are best eaten the day they are baked.

The most tender, buttery biscuits ever

The most tender, buttery biscuits ever