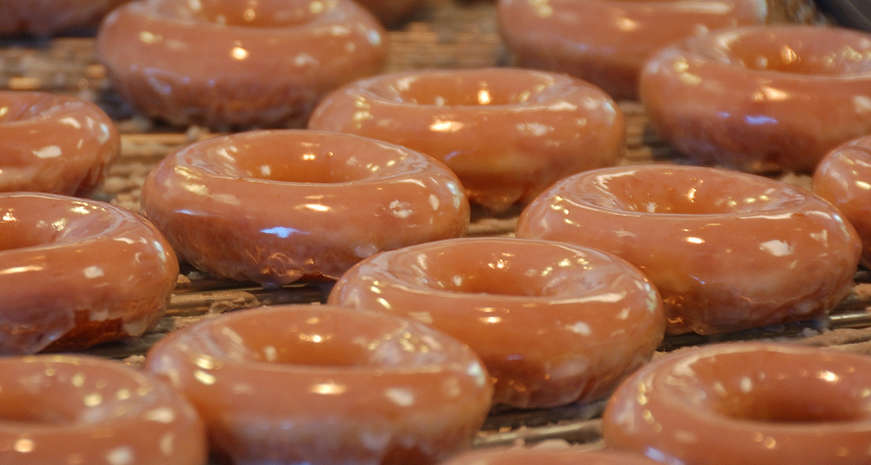 Craft brewers are constantly pushing the limits when it comes to creating wild flavor combinations. At Lazy Magnolia Brewing Company, the Southern Pecan ale incorporates pecans and Terrapin’s Chopsecutioner is aged on wood chips made from baseball bats. But down in Florida, two breweries are taking a sweeter approach by creating a new Russian imperial stout that is brewed using Krispy Kreme donuts.

Yep, the lastest brew from Tampa’s Hidden Springs and Arkane Aleworks throws some sugary sweet Krispy Kreme into the mix. According to the Tampa Bay Times, two different batches were brewed: one using cream-filled Krispy Kreme donuts and one using glazed donuts.

"It's going to be roasty, chocolatey, hopefully with some doughnut flavor," Hidden Springs founder and brewery Josh Garman said in an interview with the Tampa Bay Times. "We're actually hoping to get some of the glaze from the Krispy Kremes to come through."

The resulting beer, which remains without a name at the moment, will have a 12 percent ABV and will be available at the breweries on draft, as well as in bottles in January.

This is not the first time that these breweries have used unusual ingredients in their beers. The two companies have incorporated marshmallow Peeps, Skittles, chipotle peppers and chocolate and peanut butter into their beers throughout the years.

Delish reported that Garman told them: "Krispy Kreme wasn't directly involved in the making of the beer, [but] the company did reach out to offer support and its blessing."